The Advocate, The Huffington Post, Jezebel, GLAAD, and Bustle are all talking about BROTHERS, a fictional web series dramedy that follows four trans-masculine friends in Brooklyn, NY. For this edition of Watch This Wednesdays, dapperQ got a more in-depth look at BROTHERS with filmmaker Emmett Lundberg, the writer and director of the series.

The Advocate, The Huffington Post, Jezebel, GLAAD, and Bustle are all talking about BROTHERS, a fictional web series dramedy that follows four trans-masculine friends in Brooklyn, NY. The Advocate states, “Each ‘brother’ is facing a tipping point in his life, from Davyn’s marriage proposal to Aiden and Max’s different journeys toward chest reconstruction surgery to Jack’s unanticipated attraction to other men.”

For this edition of Watch This Wednesdays, dapperQ got a more in-depth look at BROTHERS with filmmaker Emmett Lundberg, the writer and director of the series.

dapperQ: Please tell us a bit about BROTHERS?

Emmett: BROTHERS is a series that is unlike anything else, not only in its storylines, but also in its artistic vision. Produced like a low budget film, but in web series format, we worked hard to make as professional a product as we could on a tiny budget. The basics; it’s a narrative web series about a group of trans masculine friends in Brooklyn, NY. It follows four guys, all at different stages in their respective transitions, with different desires and goals.

dapperQ: What inspired you to create the series?

Emmett: Now more than ever, in light of the recent tragic deaths of young trans people, I am reminded of the incredible importance of telling trans stories. I strongly believe that part of the fight to be seen as equal human beings is to have our stories be visible. BROTHERS was born of my own desire to see my story in a positive, realistic way and it’s very clear to me now how essential this is for our community. I also didn’t want to wait and hope that someone might someday produce this for me. It was something that had to be done and done now. I found others who shared my vision and we were able to launch an amazing first season. 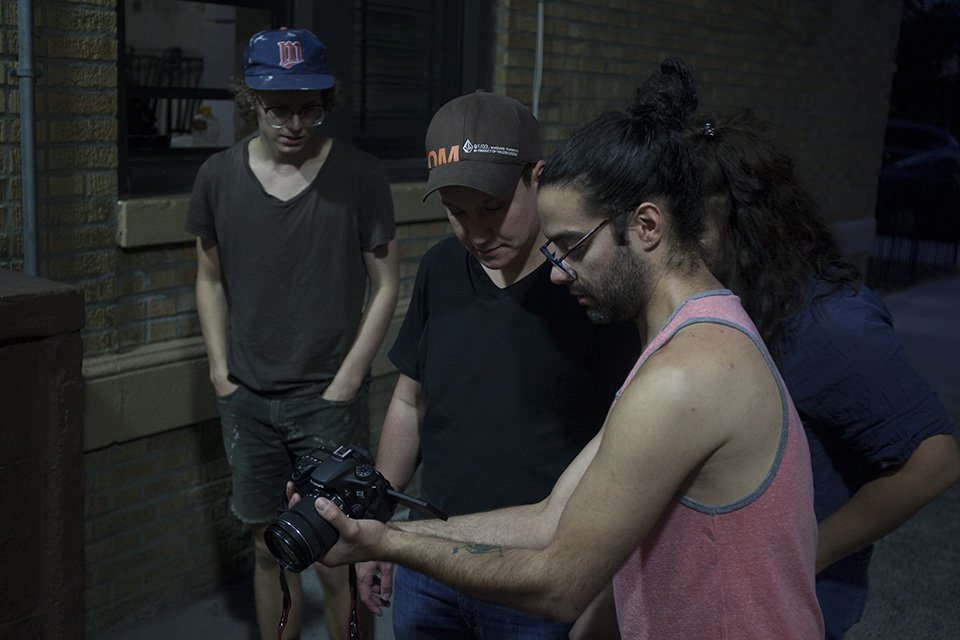 dapperQ: What do you hope to achieve with the series? What has the response been so far?

Emmett: Bottom line, I want more narrative trans stories in the world. I love documentaries, but there’s something different about relating to a fiction story. Something about seeing yourself on screen in that way that is incredibly comforting. I hope that trans masculine identified people can say that when they watch BROTHERS.

On top of that, I wanted to give a taste of trans daily life to cisgender individuals. I recognize that the stories I’m telling are only a piece of a much larger narrative, but it’s a start and hopefully it will inspire others to create and share their own stories as well.

The response has been incredible so far, beyond my wildest dreams in fact. Many people within the community have contacted us to say how excited they are to have a show that they can relate to on a deep level. If that wasn’t enough, we’ve also gotten quite a bit of very positive press from outlets like, The Huffington Post, The Advocate, SiriusXM Radio and Jezebel.

dapperQ: According to the Advocate, you were intentional about casting only transgender actors. For those who do not understand why lack of representation is so detrimental, can you discuss why it was important for you to do this?

Emmitt: For me, it was important to cast this series with trans people in trans roles because not only is there a lack of trans representation in the media, but I also felt that these guys could bring their individual experiences and journeys into these characters. 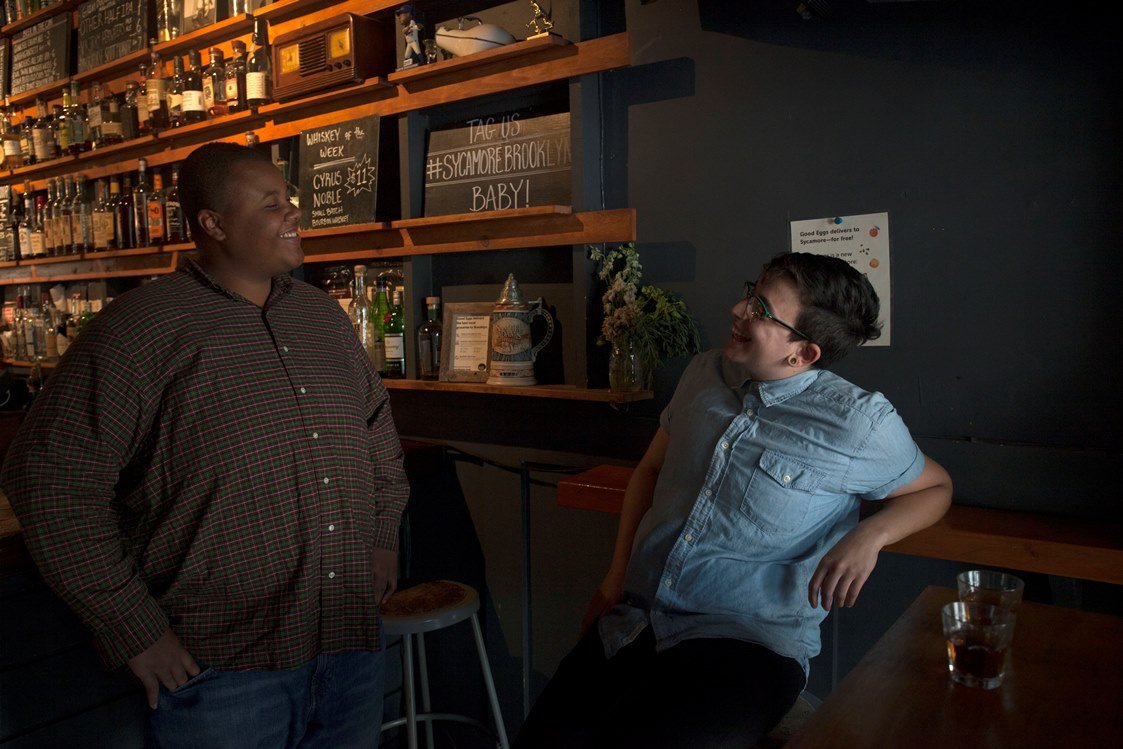 dapperQ: Are any of the storylines inspired by personal experiences? If so, can you give us a hint or share the story?

Emmitt: A lot of what I write is inspired in some way by my own life experiences. It’s hard not to bring those things into your work, impossible even. I know that for me, the relationships I have and the people I meet are all good material for future projects. There’s a great quote by Anne Lamott that I always remember when writing, “You own everything that happened to you. Tell your stories. If people wanted you to write warmly about them, they should have behaved better.”

The storyline that follows Jack’s ex girlfriend is one that is very close to my own experience, with some liberties taken of course.

dapperQ: Where can our readers find you when you’re not working on BROTHERS?

Emmitt: You can usually find me working on movies or TV shows as an assistant in the Art and Set Decorating departments when I’m not writing or producing my own projects. I also recently signed a publishing contract for a book that I co-edited, which is an anthology of trans masculine experiences.

I’m hopeful that BROTHERS will be a great stepping-stone for me in getting to a place in my career where I can live off of my own work.

Emmitt: Everyone has been asking when they can see more or what happens now. For the time being we’re working on screenings and festivals for the first season and starting to map out storylines for season two. We raised money through Indiegogo for season one and are hoping to get funds through other sources for the next season. We are currently seeking investors and continuing to accept contributions (as well as selling merchandise) through our website: www.brothersseries.com. 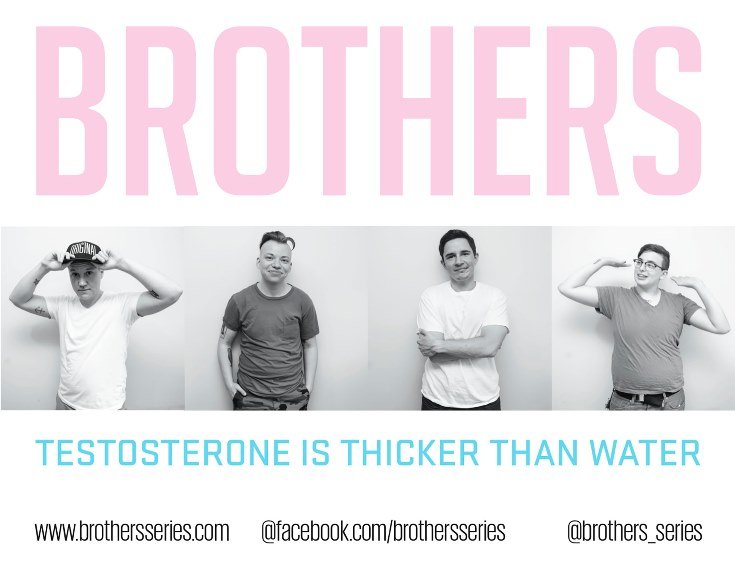