For us, the Olympics have always represented the best and worst of human potential. From the extraordinary athleticism and Black Girl Magic of Simone Biles, to the ugly criticism of Black women’s hair, to American swimmers vandalizing property, to sexist coverage of women athletes: 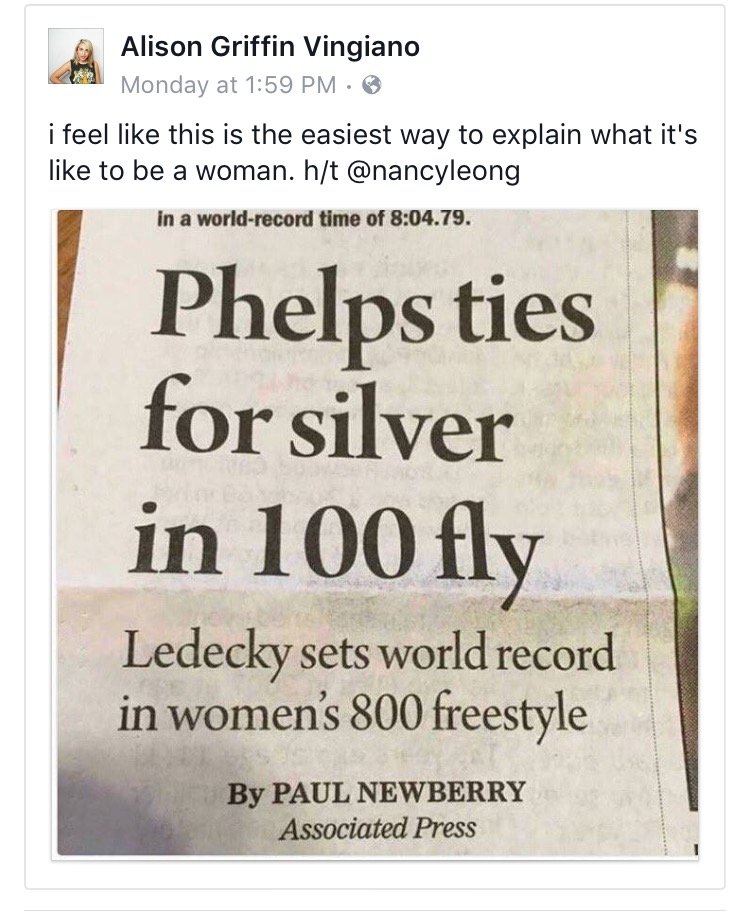 Of course, we also cannot forget the gendered clothing that athletes wear. I mean, we’re dapperQ. We were bound to notice that. Also taking note was androgynous model Rain Dove, who documented her athletic performance while wearing traditional “men’s” and “women’s” Olympic sportswear. 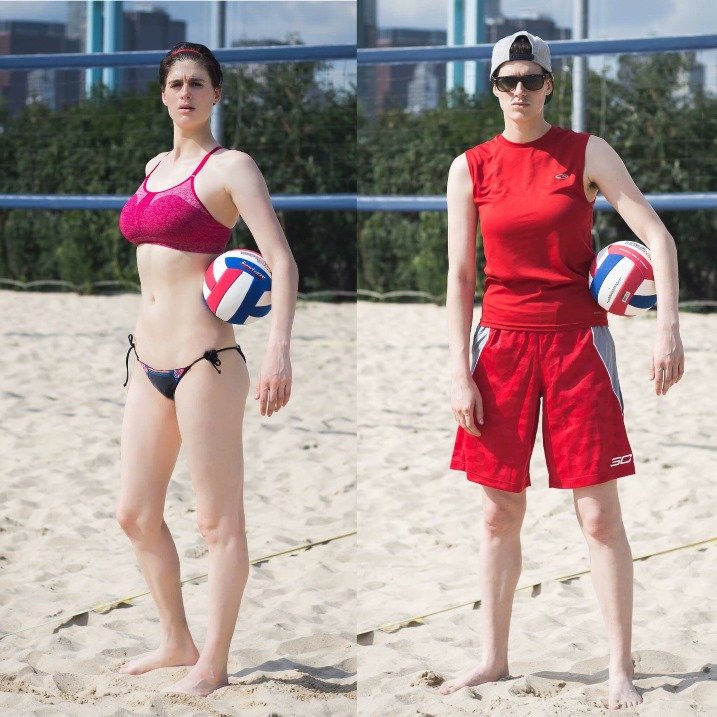 According to Corinne Calabro, the communications director for USA Volleyball, the Federation of International Volleyball allows for a more diverse dress code for women than what is actually reflected on the athletes. These options do include long sleeves, shorts, and tank tops. However, this is a recent change. In 2012, women were still required to wear bikinis when they played, but the dress code was changed to be more culturally inclusive. This year, the Egyptian team competed in long sleeves, leggings, and hijabs. 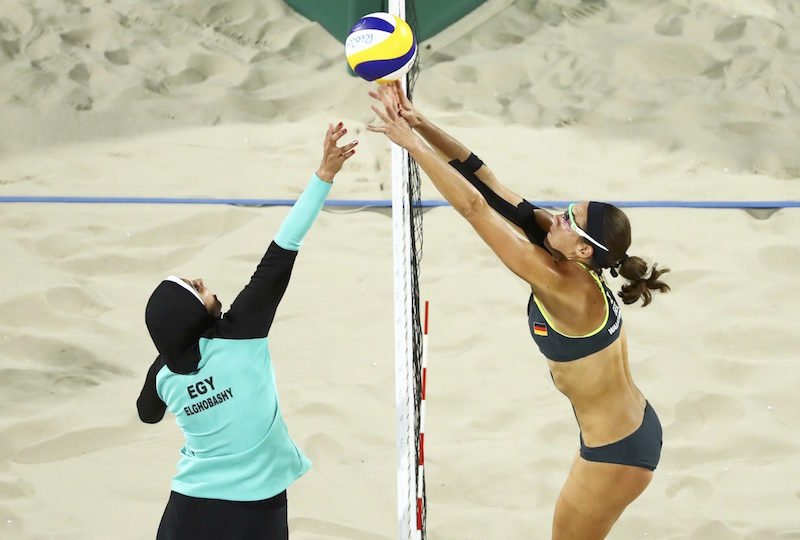 Nevertheless, there is still a noticeable difference between what men and women volleyball players were wearing during competition, a sociological study for sure given that the dress code has become more flexible for women. (In fact, the women’s dress code appears to have more options than what men are allowed. Men are not allowed to wear bikinis! Check out the code here.)

Rain’s assessment of athletic performance between the two looks: “I was also less afraid of being whistled at” in the men’s uniform.

Swimming’s governing body Fédération Internationale De Natation (FINA) outlines that male competitors are required to bare more skin than women. For male swimmers, swimwear is not permitted to cover anything past the belly button or below the knee, whereas women are allowed to cover the area from their shoulders to just above the knee.

Rain’s assessment of athletic performance between the two looks: “The pool we shot this at was very confused and upset by me being topless doing laps. But hey, I swam faster!” 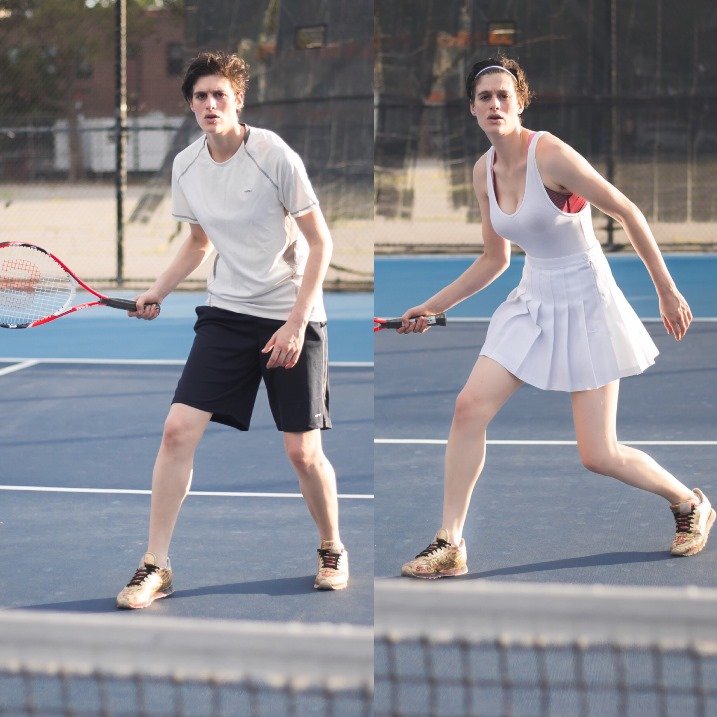 Based on our research, we found that women tennis players still have to wear skirts. Sigh. And, as mentioned above, male volleyball players cannot wear bikinis. What the actual….We’re talking about the world’s best athletes and people cannot move beyond the cut of a garment.

Rain’s assessment of athletic performance between the two looks: “Wearing the men’s outfits allowed for maximum breath ability and I thought only about my game, not if I was accidentally flashing my butt to people. I scored twice as much when wearing ‘men’s’ attire.” 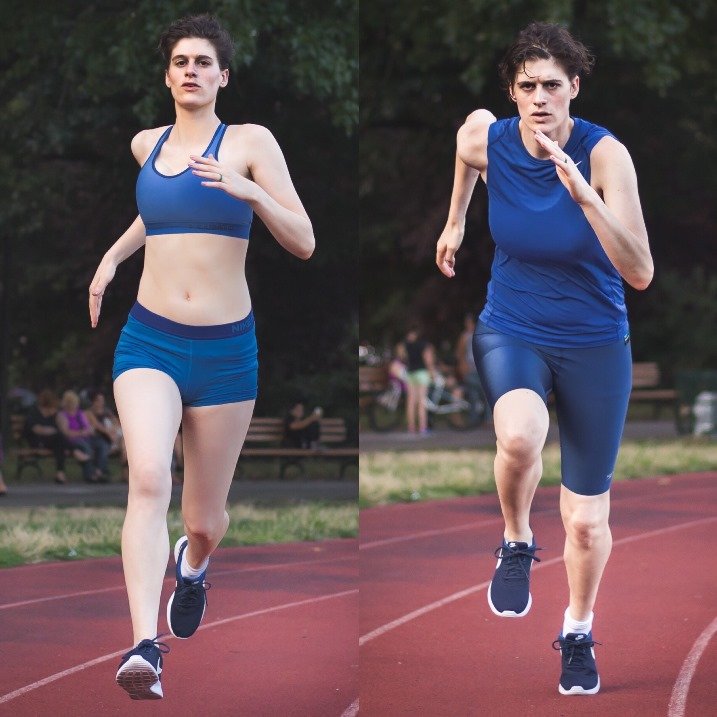 USA Track and Field states that dress codes for American athletes have more flexibility in terms of competition uniforms. However, it has been argued that less clothing equals better results, particularly, as Rain points out, when it comes to landing lucrative endorsements.

Rain’s assessment of athletic performance between the two looks: ” I found that I actually ran slightly faster in the ‘women’s’ outfit.” 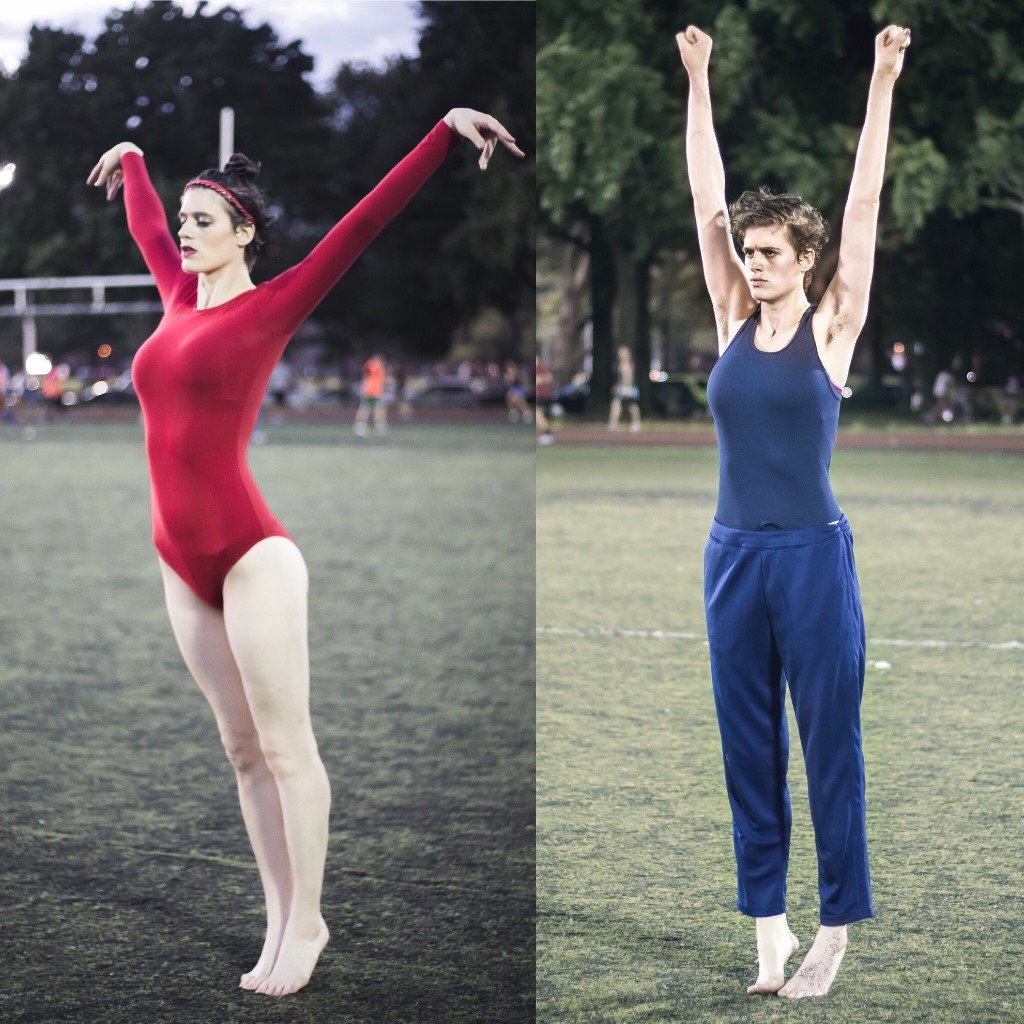 Sorry Rain. Your “women’s” outfit is real cute, but you’re going to have to add several thousand more Swarovski crystals to your look if you want to score gold! The New York Times has noted that the number of crystals on a single “women’s” uniform has gone up from the hundreds in 2008 to over 5000 this year. The Olympics might as well add bedazzling to the gymnastic events! Not to forget that “men’s” gymnastic uniforms are extremely less revealing.

Rain’s assessment of athletic performance between these two looks: “For me, I was more physically comfortable in the men’s, however the tightness of the female outfit made tumbles and flips a lot smoother.”

Written By
dapperQ Team
More from dapperQ Team
According to FiveThirtyEight, the fastest rapper on record is Twista, rapping at...
Read More