Queer menswear bloggers Sara Geffrard, founding editor of A Dapper Chick, and Danielle Cooper, founding editor of She’s A Gent, became the first female creatives to curate original content for the “Studios” at the Liberty Fairs contemporary menswear trade show in Las Vegas. Liberty Fairs, held bi-annually in New York City, Las Vegas and Florence, invited the two menswear influencers to be a part of the event’s third annual “Studios,” an interactive community that connects buyers with media creatives who have forward thinking perspectives within the fashion industry. Sara and Danielle brought along androgynous model Marcia Alvarado as their muse. This is an impressive achievement for queer women’s visibility in fashion.

I had the opportunity to talk with these three female menswear trailblazers about their groundbreaking contributions to this innovative show.

How did you all get involved with Liberty Fairs?

Sara: Danielle and I were contracted by Liberty Fairs to participate in their show as media creatives within “The Studios,” a platform where we are able to engage with a myriad of brands to create and execute concepts instantly. We recruited Marcia to join our team because we both felt that she fit the androgynous aesthetic that we wanted. 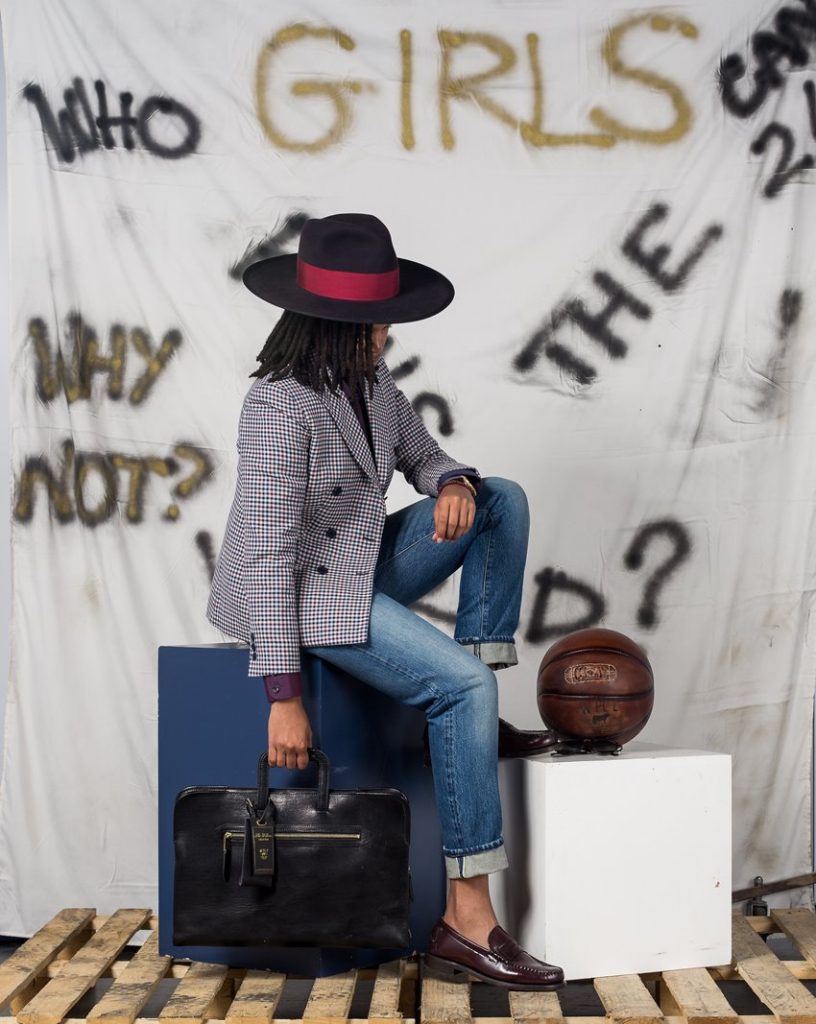 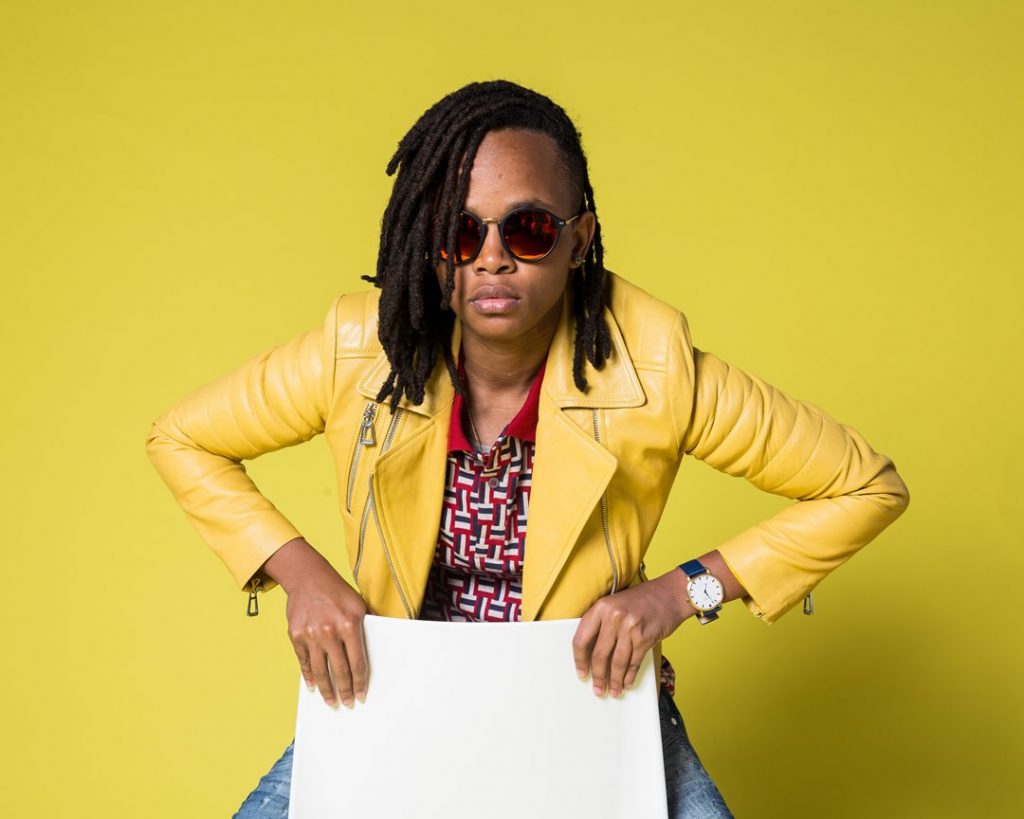 What were you asked to produce?

Danielle: We were asked to produce custom creative content for brands showcasing their products on our social media platforms during the three day show, as well as the week following it. 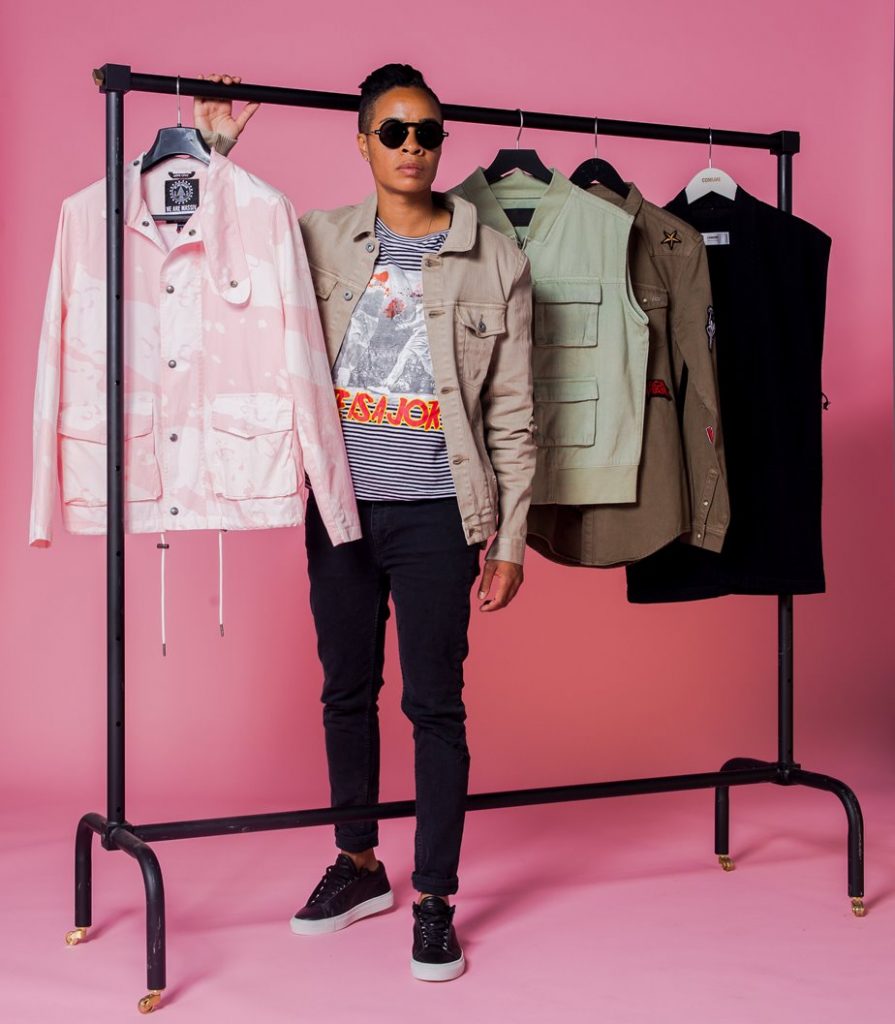 How were each of you involved and what was the final product?

Danielle: Sara and I were the creative directors and stylists in “The Studio”. Our visions and approaches were completely differently. Sara’s goal was more conceptual and editorial, whereas I wanted to reflect a more lifestyle approach, one that truly represented me. Marcia modeled and shot 10 looks representing 33 different brands at the trade show. The final product was that we were able to create a diverse digital portfolio that captured everyone’s attention.

What was your experience like there as women in the menswear vertical?

Sara: It was very positive. The team was very supportive, the brands were very welcoming. I think the most surprising part for me was seeing the impact we made. Attendees were constantly stopping by our studio to introduce themselves or to watch us create in awe. It was overwhelming in the most positive way. 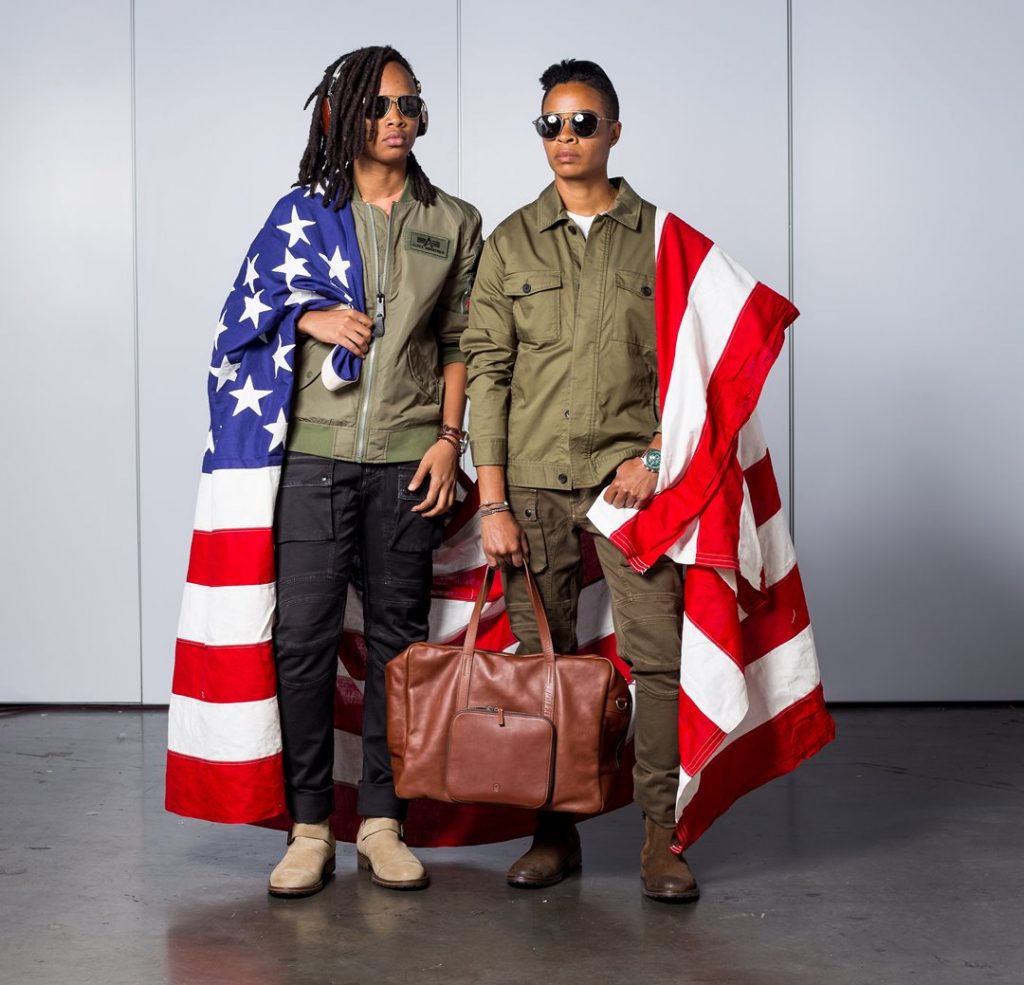 Marcia: As a woman who wears menswear and [who is] also an unconventionally masculine female model, I personally received a huge amount of support and encouragement at the event from the sales and marketing staff, from the brands to the Liberty Fairs staff, and all the other “menswear” influencers at the trade show. I was astonished how creative Sara and Danielle were and what they were able to bring to the table. The feeling of being a part of history on some level made me humble and proud to be there. The response and feedback was very interesting from spectators and staff. Some walked by in wonder, as the “GIRLS” backdrop was up. Others took the time to read what the “Studios” at the event were all about and walked in to say, “Hello” and provide much encouragement. A GQ Insider representative stepped in at one point to offer their huge support to Sara’s blog. Many other brands came by our studio after images were being posted live from the event and offered their thanks and wanted to hear more about our own personal stories. 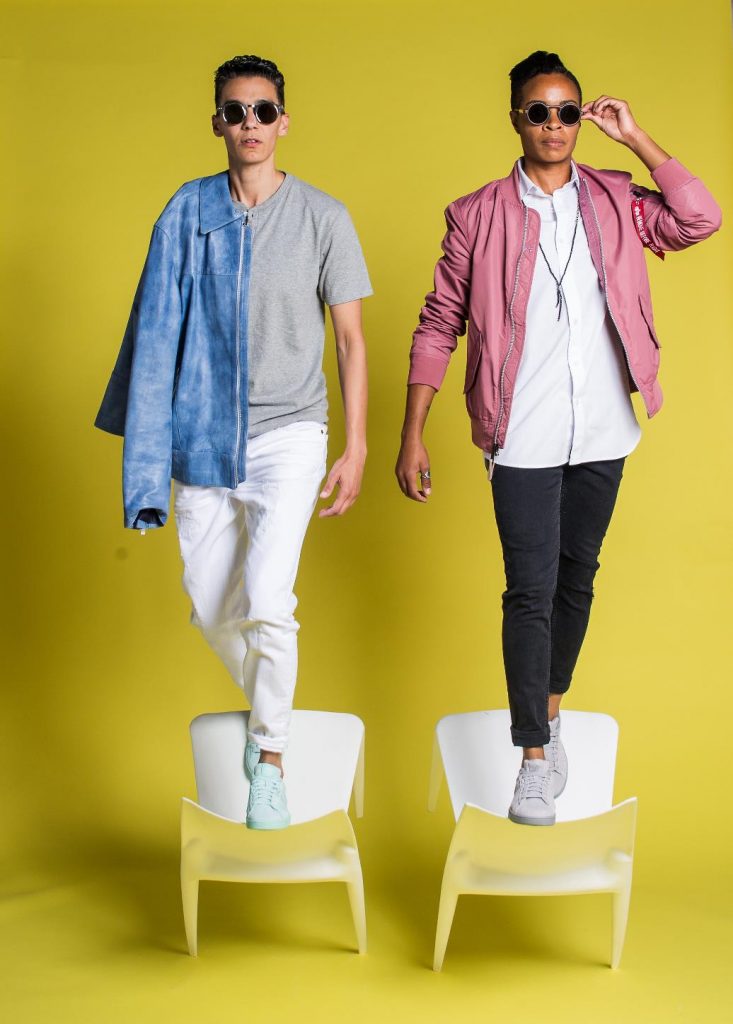 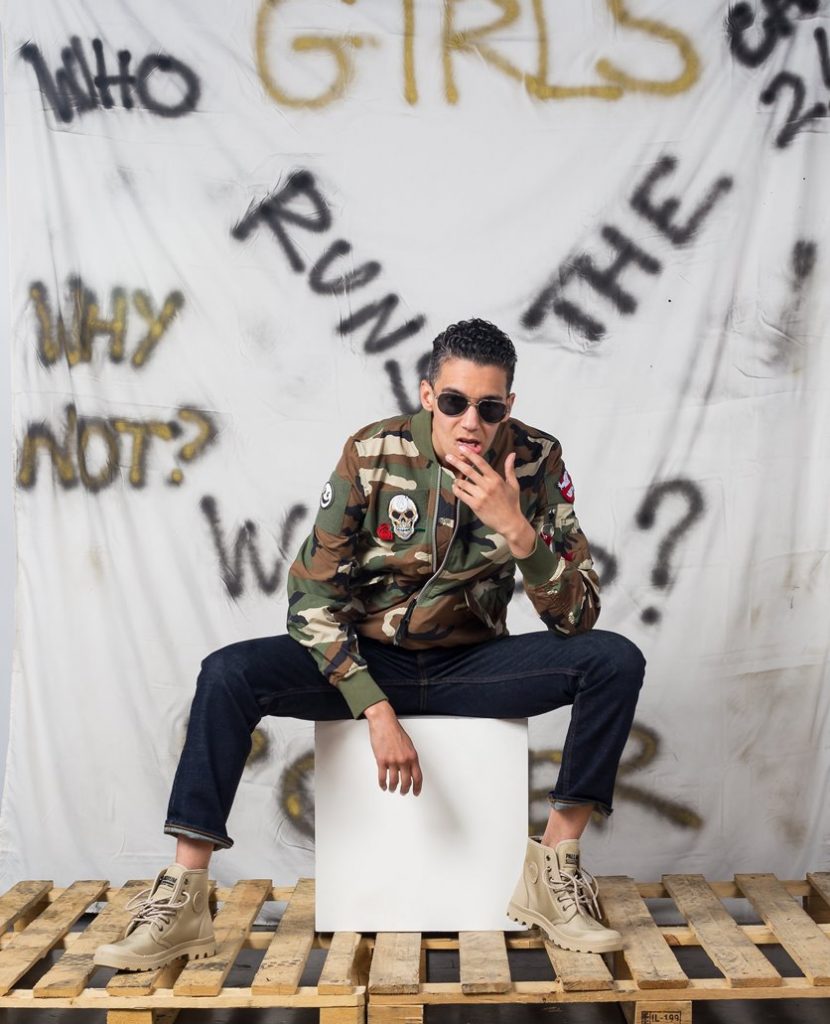 Marcia Alvarado
Danielle: I was blown away by how many people stopped to look at our space just in the first day. People were in awe of our custom quoted backdrop. It was an honor to hear our male counterparts share how inspired they were by our work ethic and mission. 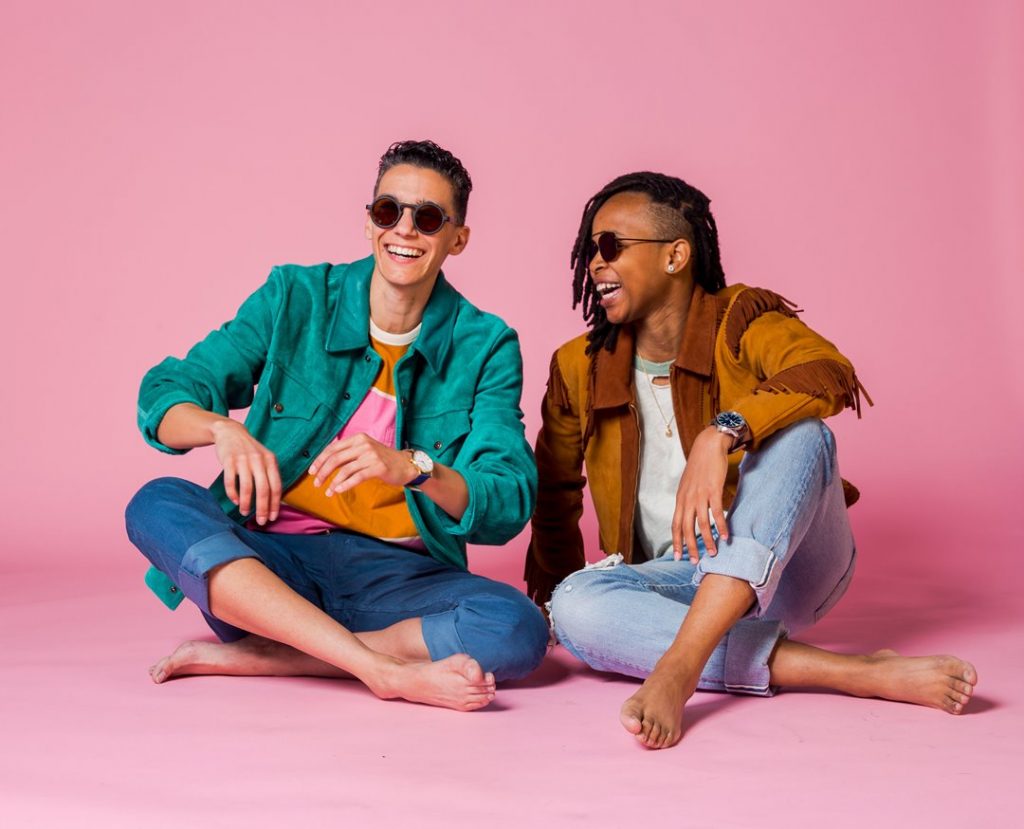 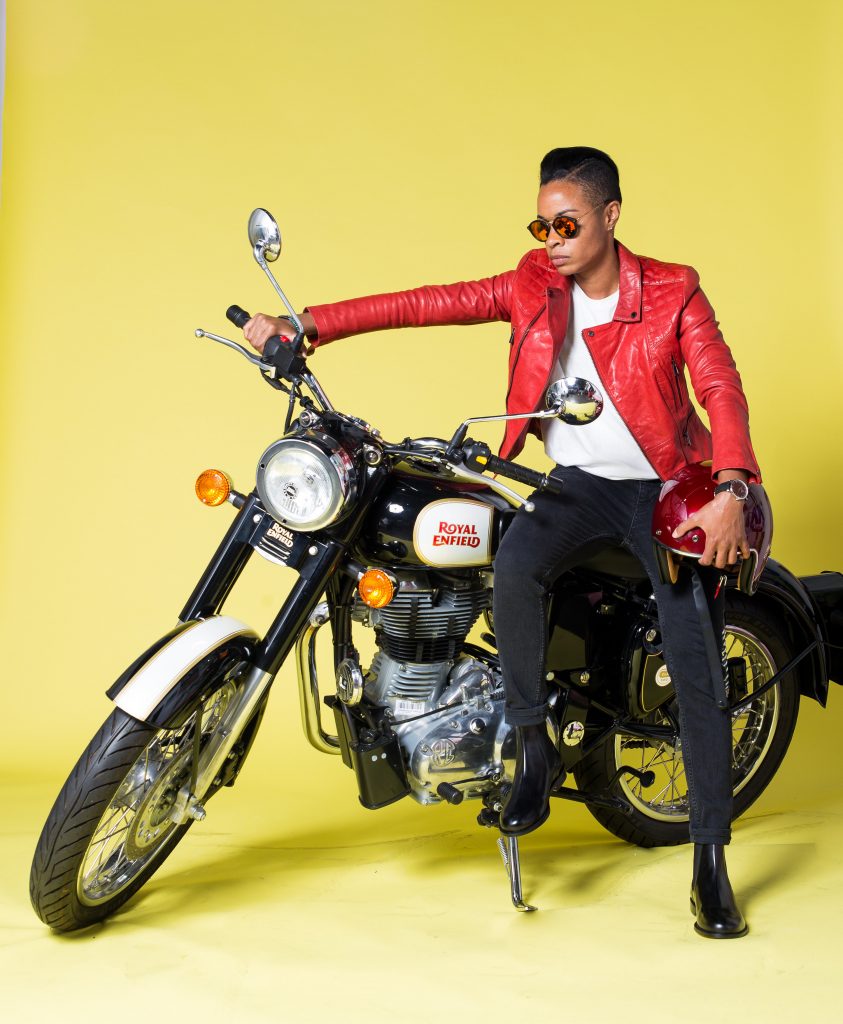