Editor’s note: TravelQ, a series that documents travel through the eyes of stylish queers, returns this week with a new feature by Caroline and Erin, web designers, freelance photographers and writers for the travel blog Local Adventurer.

We love our home in Asheville, North Carolina and can sometimes have blinders on when it comes to some of the other really cool parts of North Carolina. But we kept hearing about Durham from friends and finally decided to go see what the deal was. Guess what? We LOVED it.

Durham has some a lot fun things to do, see and eat. From our home in Asheville, it was an easy drive (about 3.5 hours away). It’s one of the three points in “The Research Triangle” (Raleigh and Chapel Hill being the other two), which is home to North Carolina State University, Duke University and the University of North Carolina at Chapel Hill. Quite a mouthful, eh? To translate, it means an abundance of well-paying jobs, opportunities for new graduates and all the other perks that are often associated with university towns: a liberal feel, a thriving music scene, and tons of great restaurants and of course, fun places to get a drink. 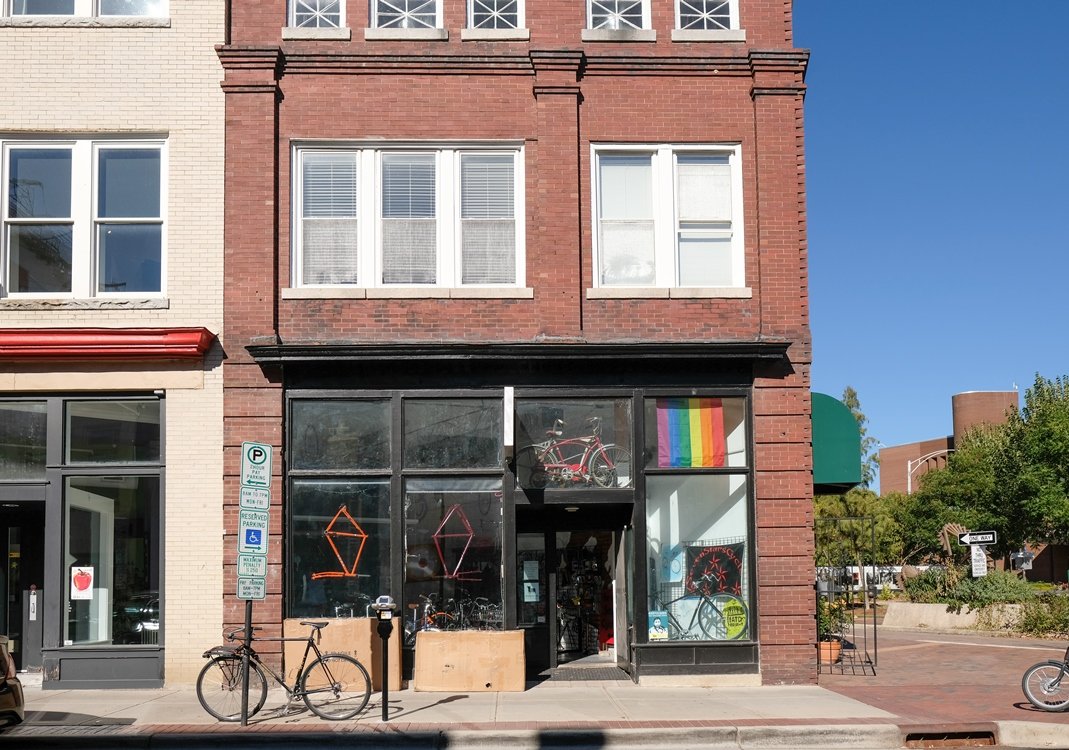 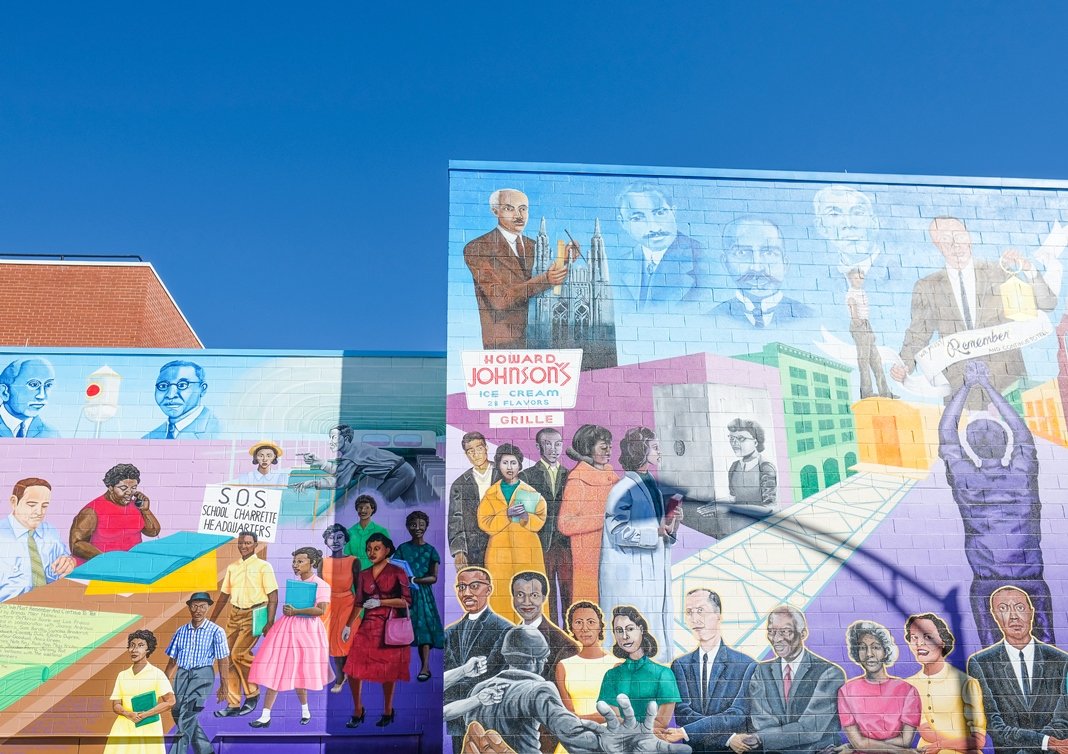 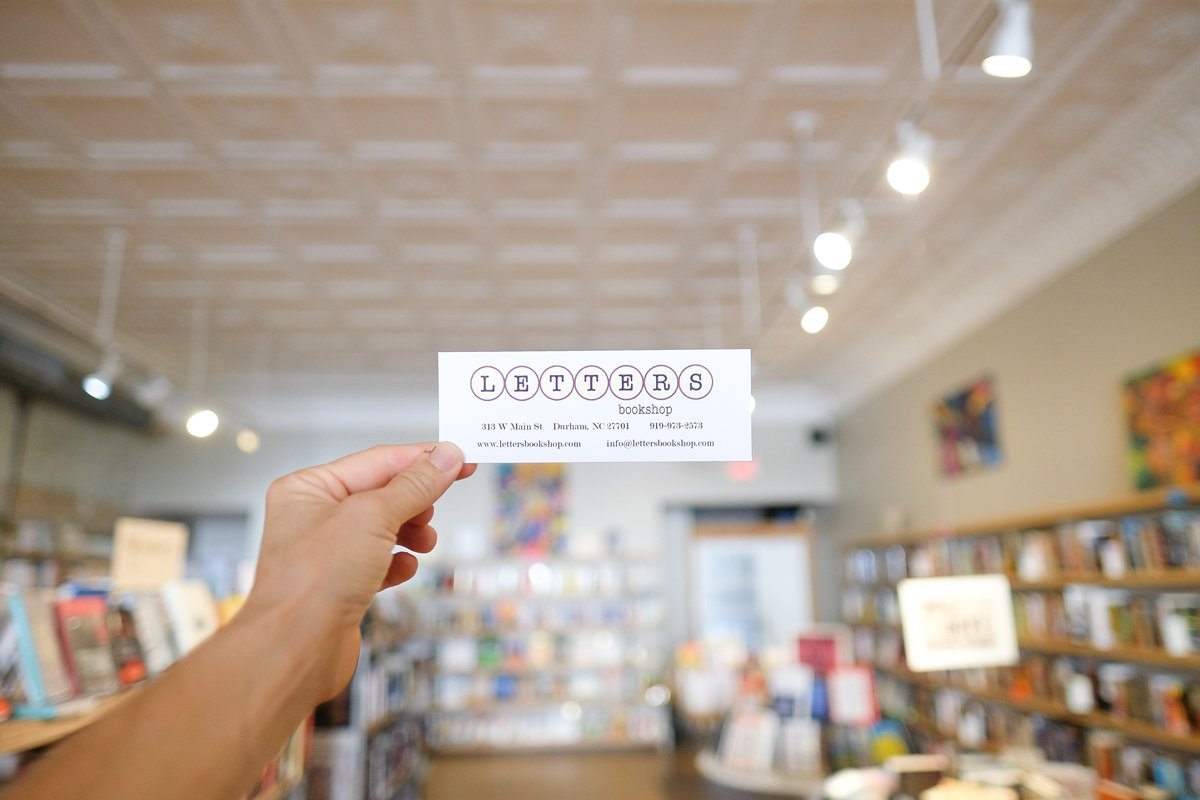 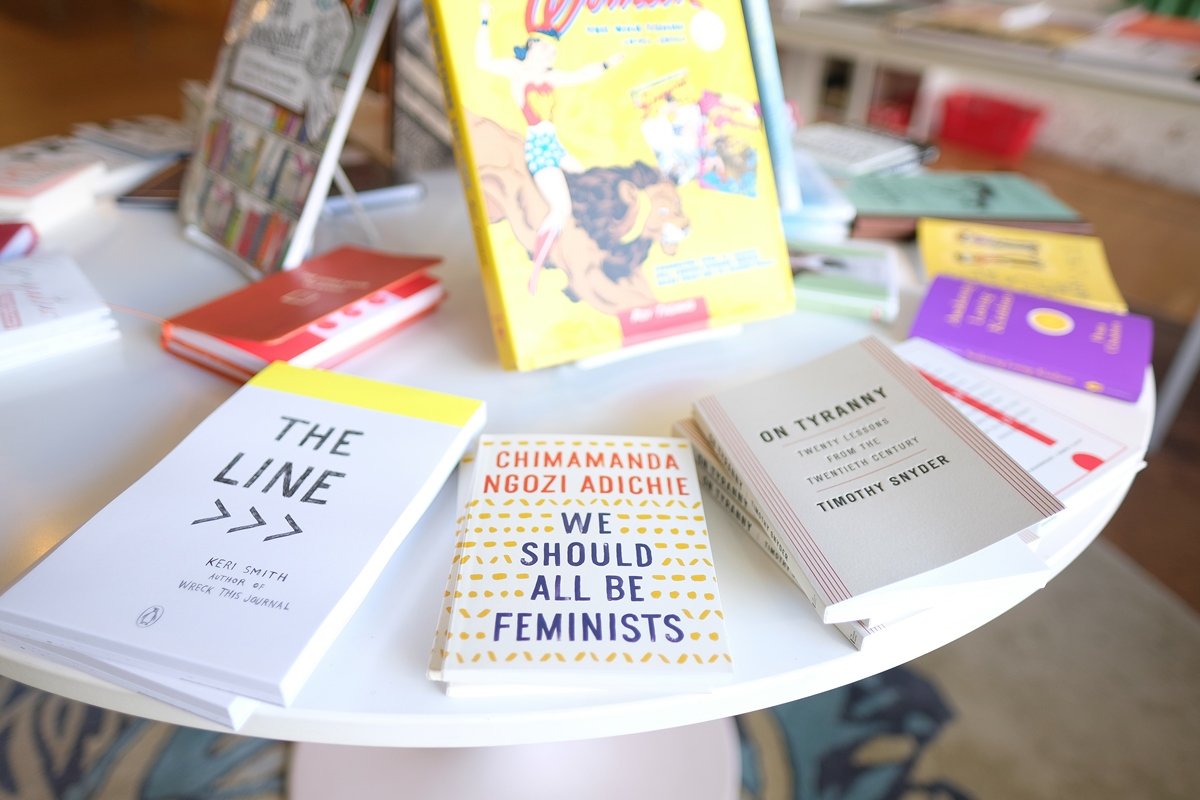 Still not convinced? Zagat listed Durham in their roundup of “America’s Next Hot Food Cities”, Forbes has named it one of the “Best Small and Mid-Sized Cities for Jobs” and CNN has ranked it as one of the “Great College Basketball Towns to Visit.”

We’re pleased to report that Durham is all those things and more. It was warm and super friendly and is a great place for LGBTQ individuals and couples to visit.

Below are our recommendations of the best things to do, see and eat if you only have 48 hours in Durham, North Carolina.

BEST PLACE TO STAY IN DURHAM

The Durham Hotel | 315 East Chapel Hill Street | 919.768.8830
This independent boutique hotel is located in the middle of downtown. After climbing out of your luxurious puffy bed, start your day off right with The Durham’s complimentary breakfast, which includes Counter Culture Coffee and provisions from local bakers and farmers. If you need a place to work remotely, the wifi is fast and the atmosphere is hard to beat. Make time to grab a sunset cocktail at the rooftop bar and eat at least one dinner at James Beard Award-Winning chef Andrea Reusing’s restaurant, located on the ground floor of the hotel. Pro tip: Their valet parking service is a little cheaper than self-parking so go for it. 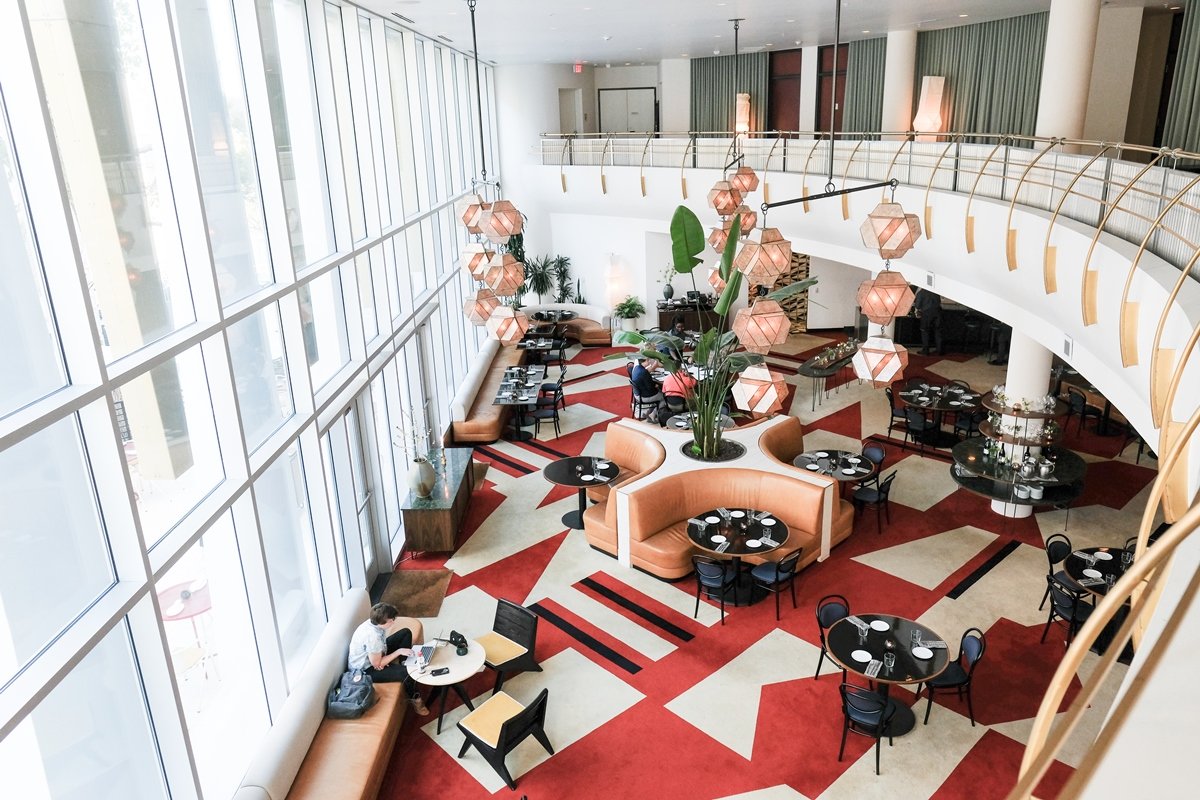 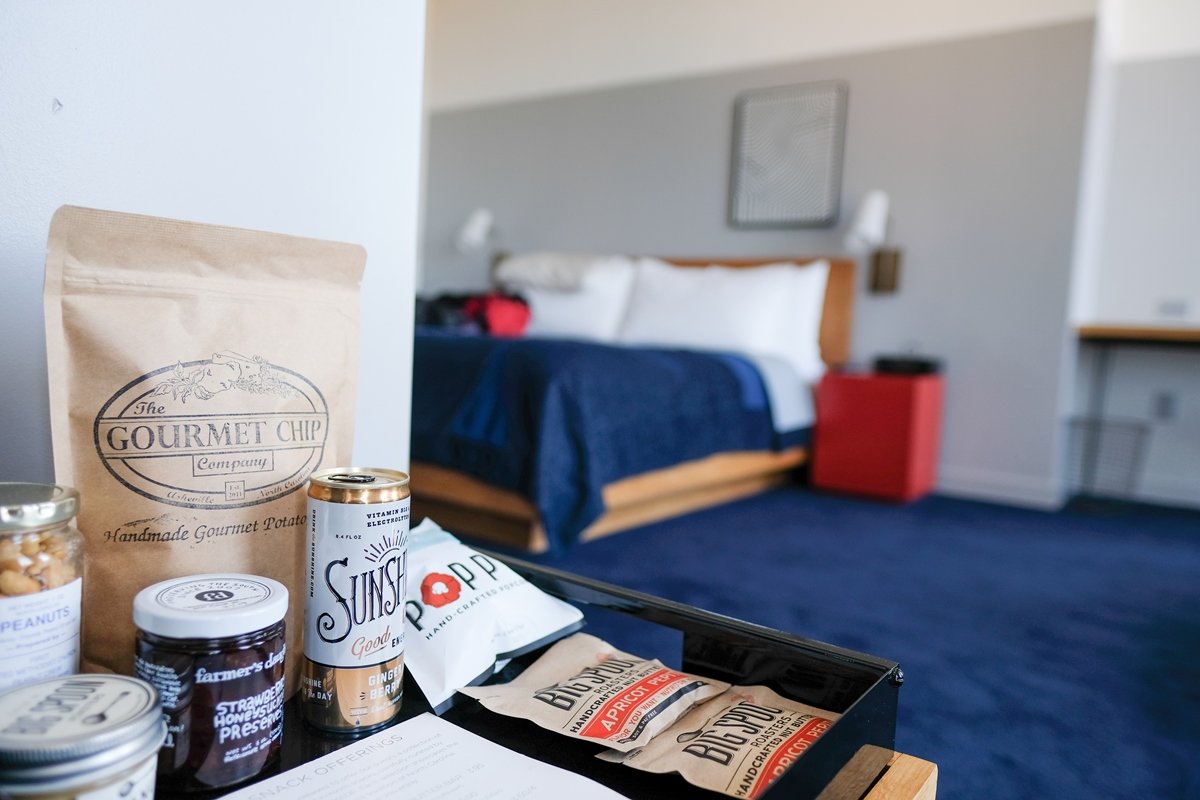 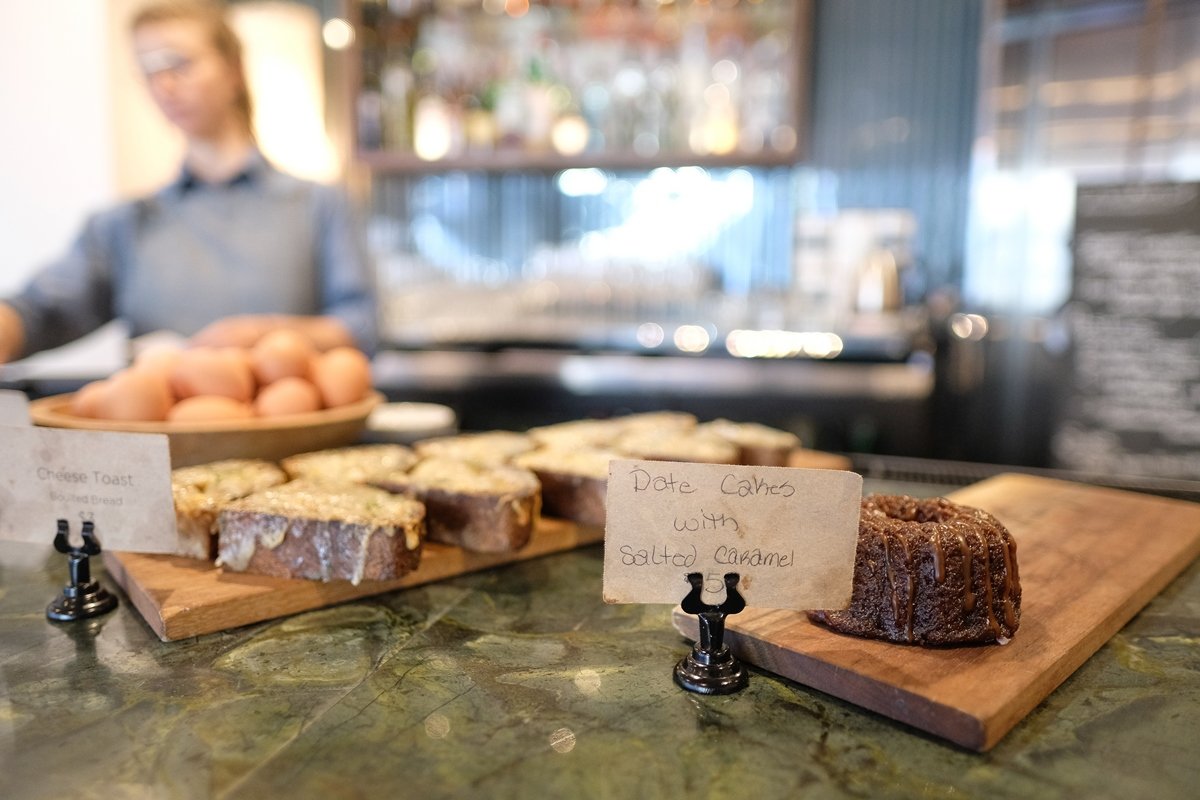 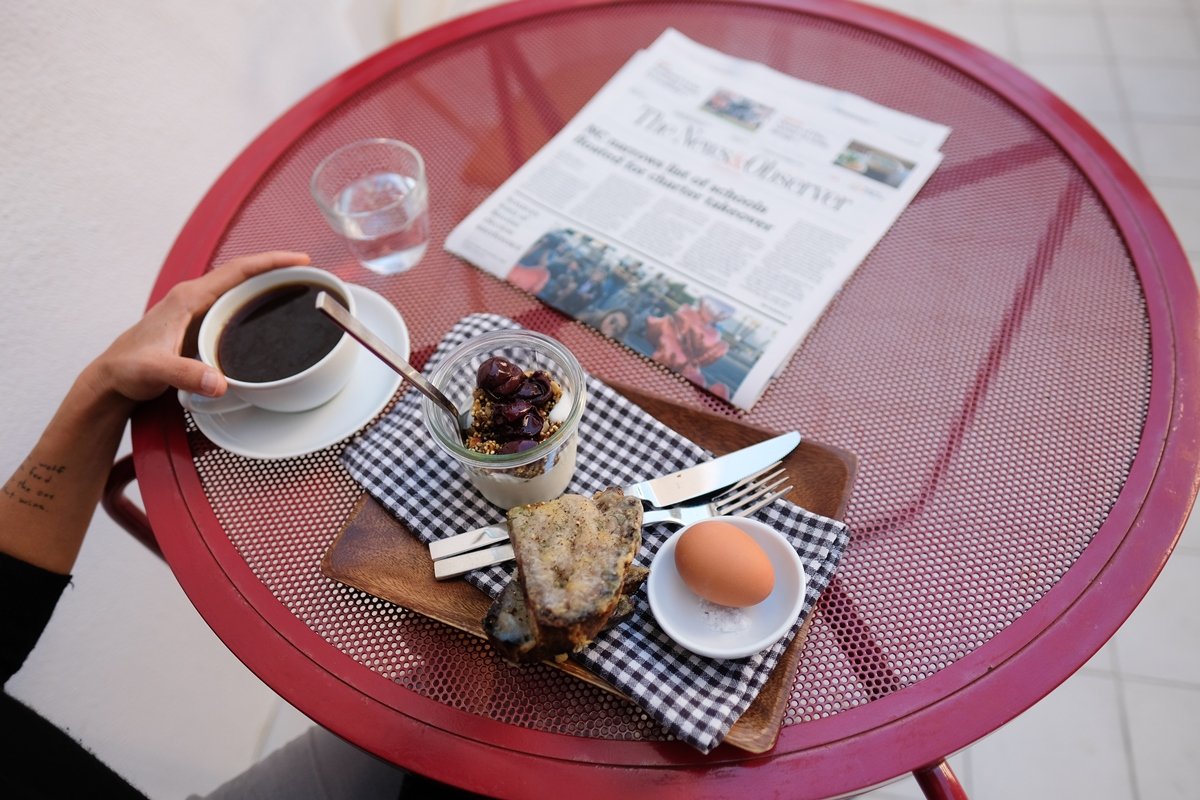 BEST PLACES TO EAT IN DURHAM

We are so into ramen it’s not even funny. I will go out of my way to detour for a good bowl of ramen. Sometimes that means going as far as Austin, Texas to slurp heaven on Earth. Fortunately, we won’t have to go that far anymore. Dashi was incredibly flavorful. We tried the Tonkatsu and the Mazemen. Our server was incredibly sweet and suggested we add a side of broth to the Mazemen and consider adding a little of their homemade miso paste. We did both and wow, we are now lifelong fans. Pro tip: try the pickled vegetables anytime they have them and order a flight of sake. 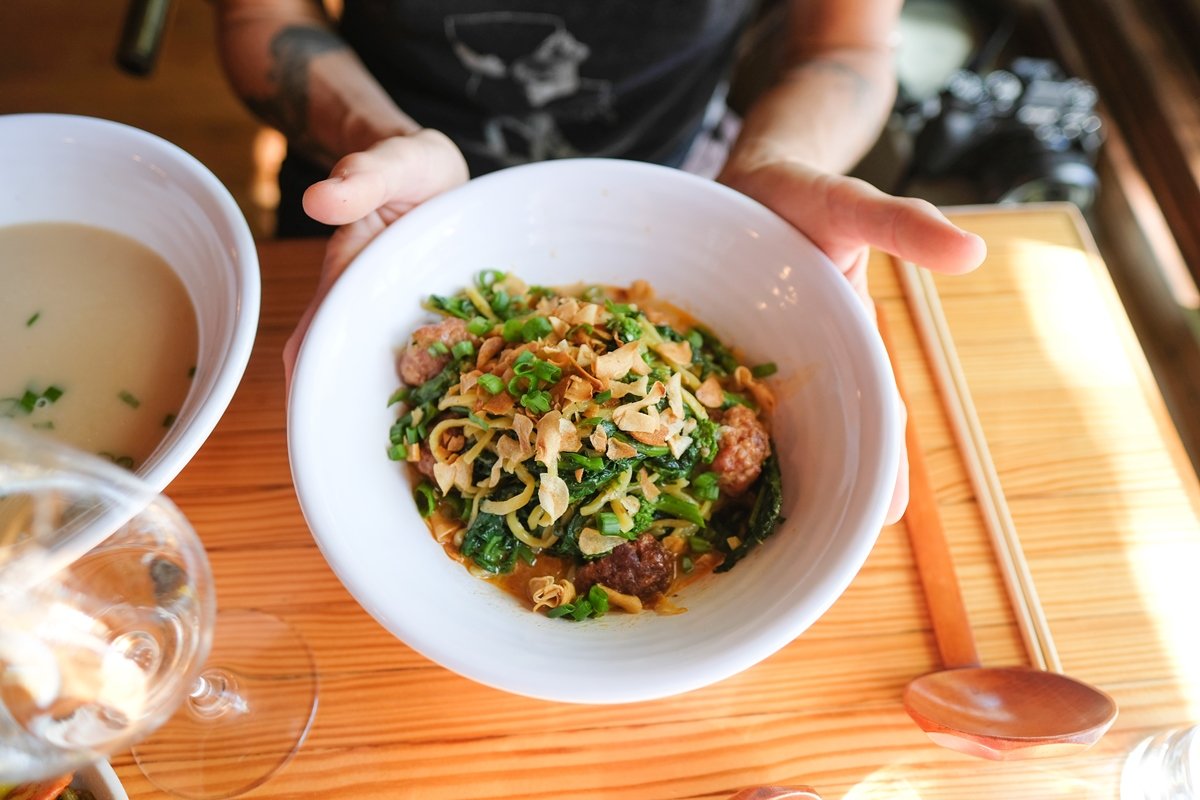 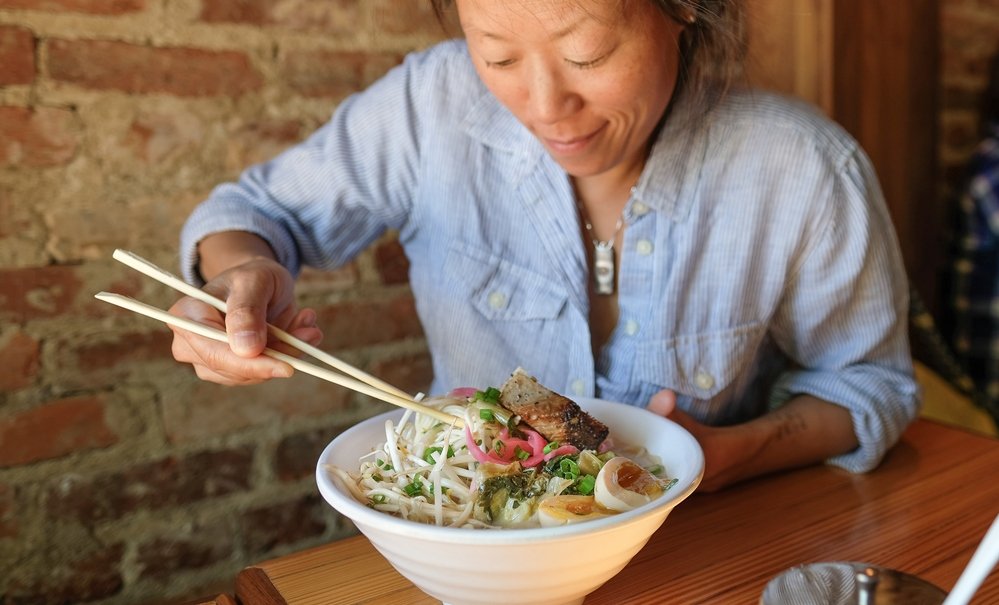 Shannon, the owner of Alley Twenty Six, is one of the nicest people we met in Durham. He shared with us a little bit about the changes he’s seen in Durham since opening up his restaurant and went out of his way to make sure we had a positive experience, which we did. The food that came out of his kitchen was cooked perfectly, and we don’t say that often. Come early for creative, seasonally-based cocktails and come hungry. We recommend the Scotch egg, the Alley Burger and the Braised Oxtail Ragu. 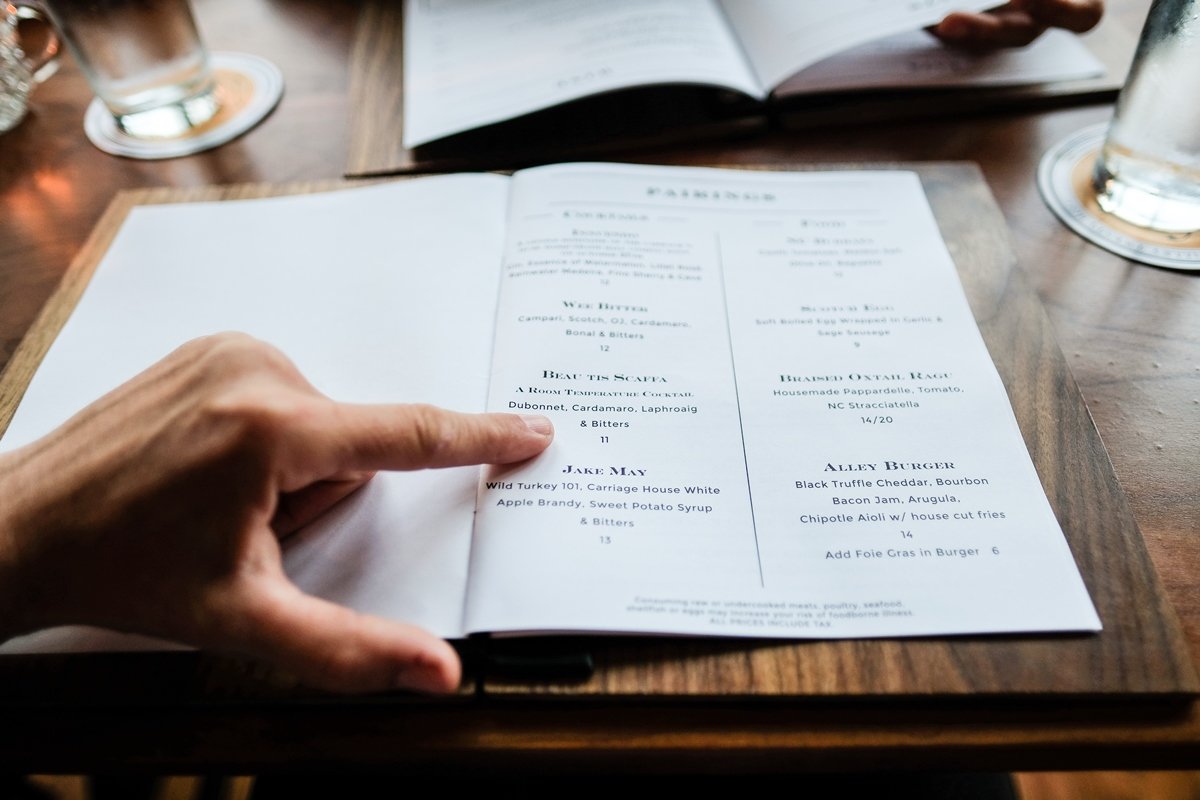 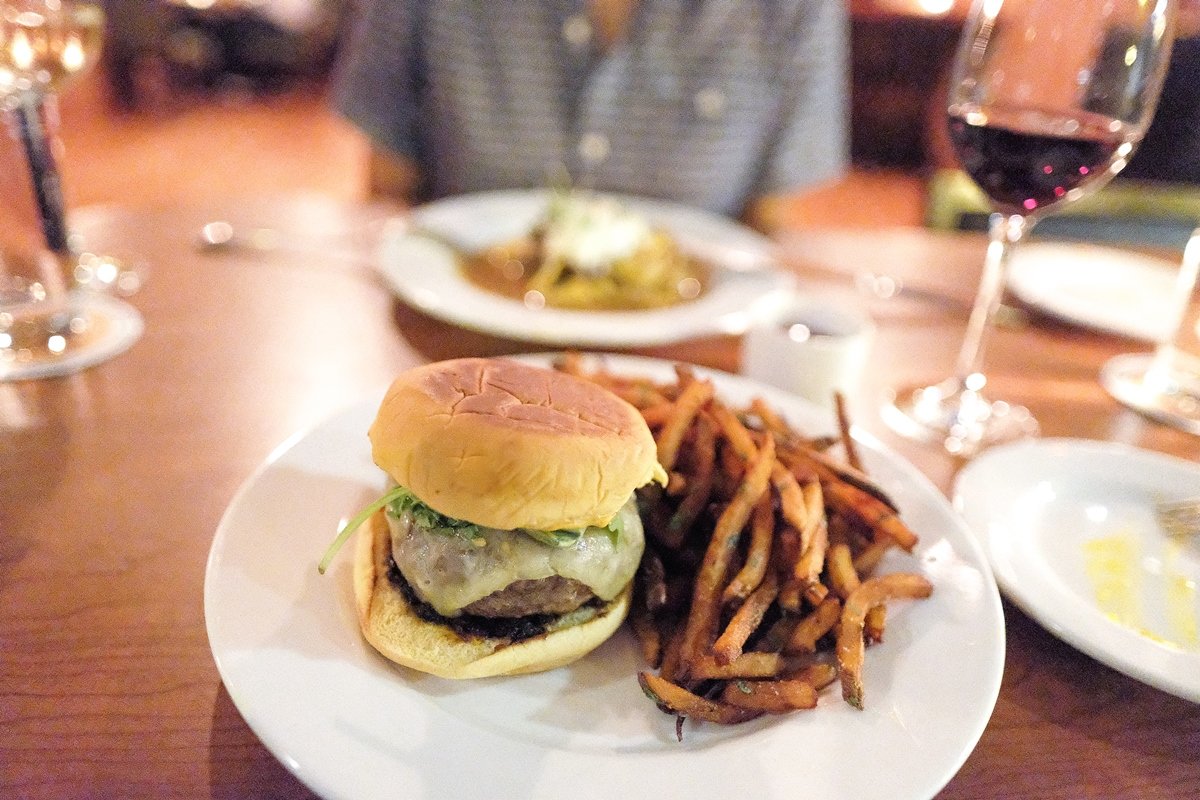 Monuts Donuts | 1002 Ninth Street
The only thing that kept our bottom lip from dragging on the ground as we left Durham was Monuts Donuts. The coffee was freshly brewed and the breakfast sandwiches on-point. The atmosphere was fun too. If we lived in the neighborhood, we’d most likely tumble out of bed on weekend mornings and make our way to this spot.

The Parlour (Homemade Ice Cream)| 117 Market Street
All you need to know is that we ate the ice cream from The Parlour THREE times in 48 hours. Do I need to say anything more?

BEST THINGS TO DO IN DURHAM

Check out the street art! We had an opportunity to take a walking tour with Margaret Pentrack, a local who works for the Durham CVB and she showed us some really great murals. Our favorite was the one of Pauli Murray, a queer African-American activist who fought for the equal rights of all individuals. It’s located at 313 Foster Street and was created by Brett Cook. 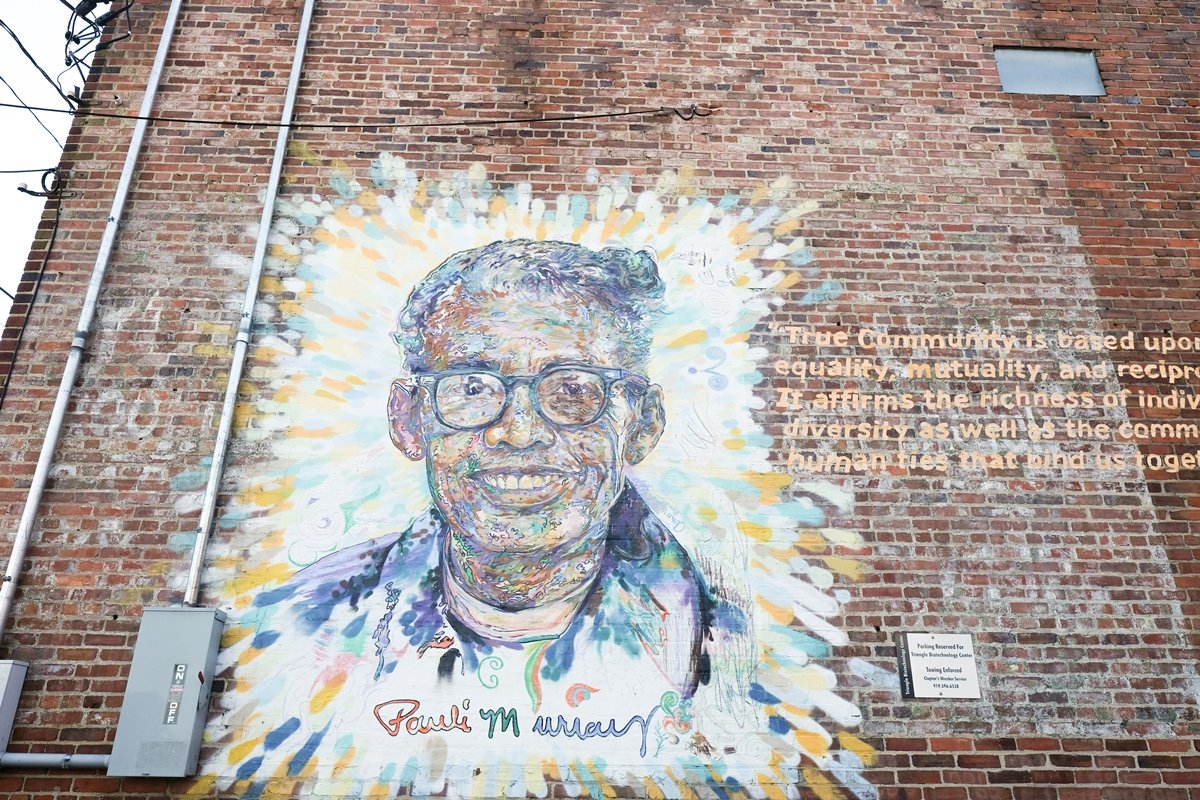 Catch a Durham Bulls Baseball Game
Have you seen the movie about Crash Davis (Kevin Costner)? You can go visit the stadium! It’s bigger than the old one but worth a visit because it’s in a really cool part of the city. (Cocoa Cinnamon, The Pit, Fullsteam Brewery and the Motorco Music Hall are all over in that direction). When you’re done feeling nostalgic, head on over to the new stadium and see one of the nicest stadiums in all of minor league baseball. The Bull Durham Beer Company brews beer there and it’s the perfect way to spend an afternoon in Durham.

Carolina Theater
This theater is home to the North Carolina Gay and Lesbian Film Festival which is the second largest gay, lesbian and transgender film festival in the Southeast. It started in 1995 and has been going strong ever since, showing shorts, documentaries and feature films that celebrate gay, lesbian and transgender life. Though the festival only occurs a few days out of the year, the theater also shows movies year-round and has a rotating stage of musical performances and attracts some of the biggest and best names around. 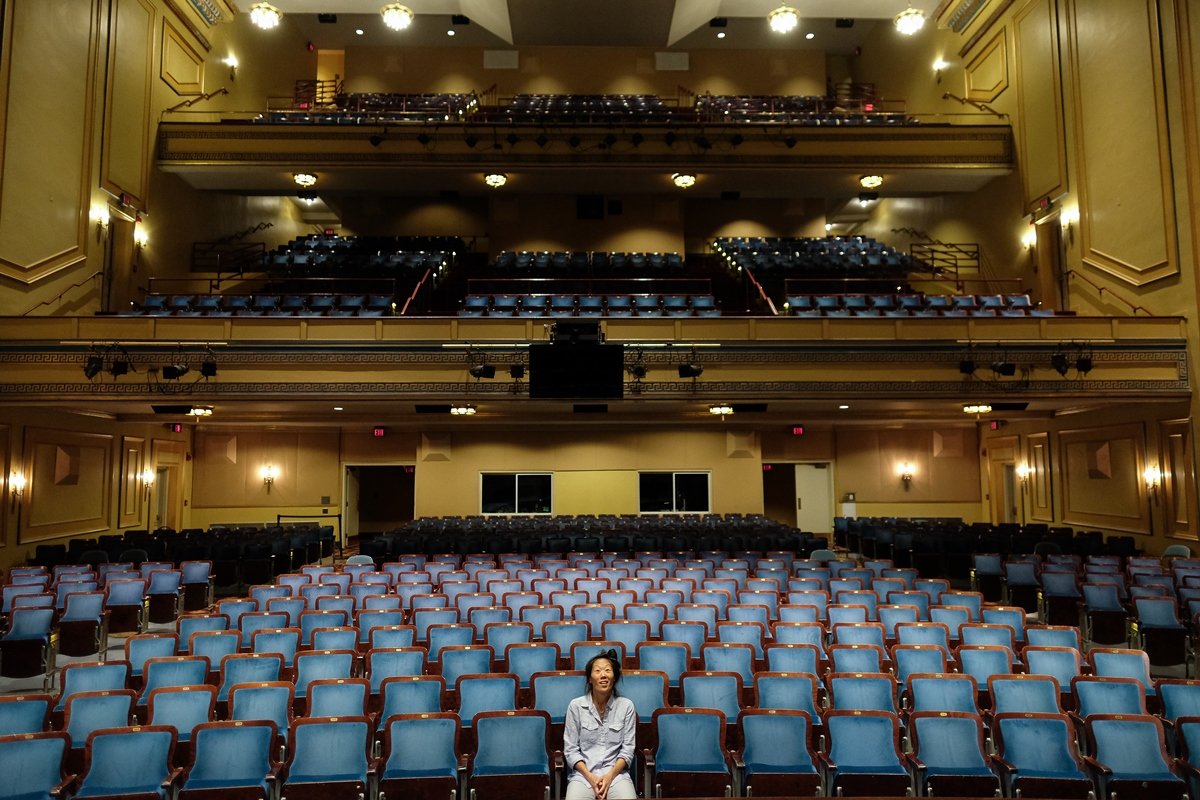 American Tobacco Campus
Look for the Lucky Strike smokestack and you’ll know you’re in the right spot. This whole area has been transformed from a cigarette factory into an entertainment district. There’s a basketball court, lots of open space for hanging out, a theater and tons of restaurants. There’s also apartments and offices here and it truly embodies the new live/work theme.

The Nasher Museum of Art at Duke University
A great way to spend half a day is to head on over to the Nasher Museum. Their permanent collection should satisfy even the most critical of art critics and their revolving exhibits make sure you keep coming back for more. Pro tip: A ten minute walk will lead you to the Sarah P. Duke Gardens which are free and home to more than 55 acres of beautiful green space. 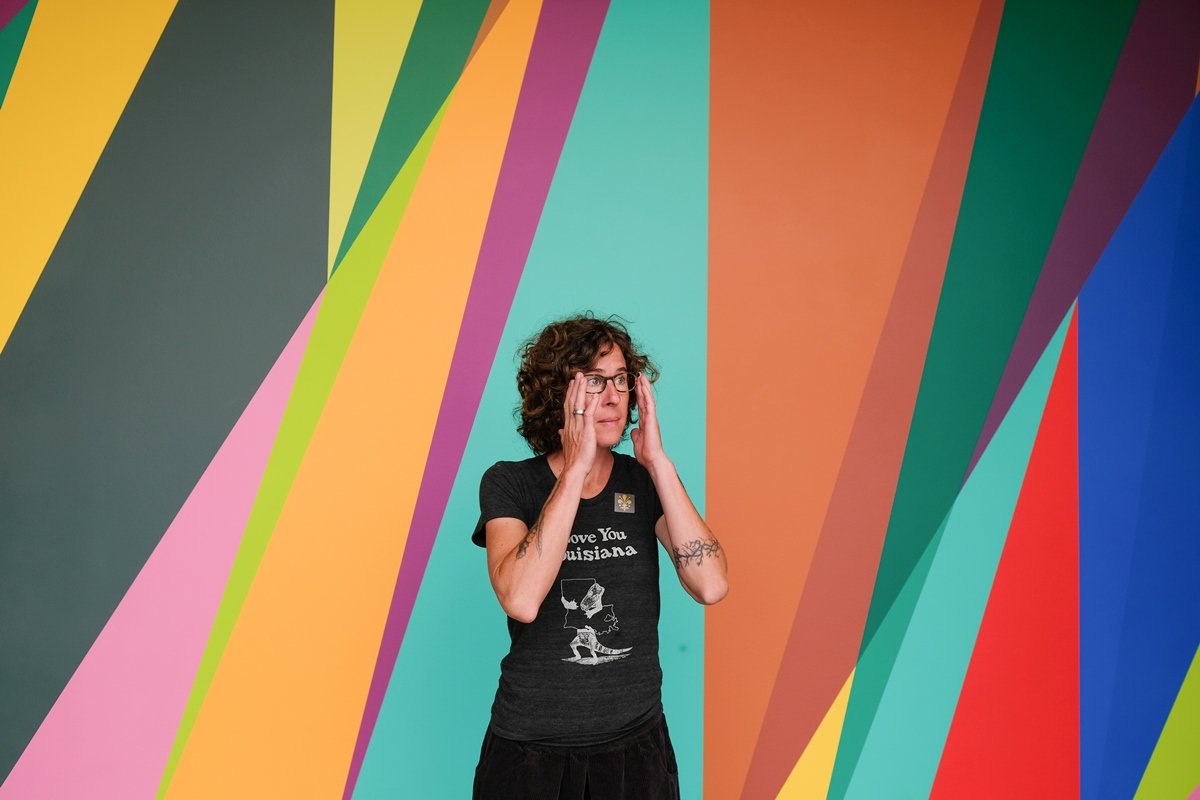 Caroline and I felt right at home in Durham. It’s definitely a place we’re interested in returning to and one we feel confident in endorsing as a safe, inviting and fun place for the LGBTQ community to visit. 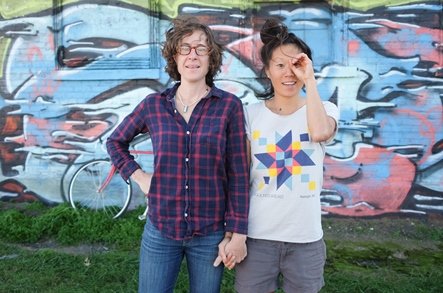 About the authors: Caroline and Erin are freelance web designers, photographers and writers for the travel blog Authentic Asheville. When they’re not on the road, they hang their hats in Asheville, North Carolina. Follow their adventures on Instagram at @e.mcgrady + @carolineperdue + @authenticasheville