A 9 year old Indiana girl who had planned to wear a white pant suit to her First Holy Communion was informed by her school, St. John the Evangelist, that she could not attend the event unless she wore a dress or skirt, per the school’s dress code. According to a school official who wished to remain anonymous in a Washington Post article, the dress code requires that boys wear dark slacks and a white shirt, and girls wear a white dress or skirt. The official went on to tell the Washington Post in a statement that demonstrates zero understanding between dress code formality and dress codes that reinforce ridged gender roles and binaries: 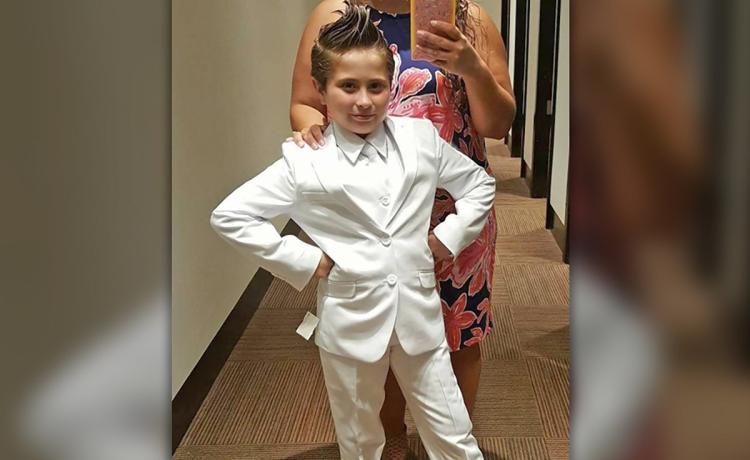 The story went viral after Cady’s monther, Chris Mansell, brought the archaic dress code to the public’s attention in a Facebook post. According to Chris’ accounts, the Rev. Sammie Maletta, the priest at St. John the Evangelist, pulled Chris aside and told her, “You’re raising your daughter wrong. You’re setting bad examples for her. She doesn’t have the brain development and maturity to decide if she wants to wear a suit. It’s your job as a parent to say, ‘You’re not wearing a suit. You’re wearing a dress.’ If you won’t do this, you’re raising your daughter wrong.” The Mansells pulled their daughters out of the school and the church.