With over 72,000 attendees from over 86 countries annually, South by Southwest (SXSW) is considered to be where the world’s most prominent influencers in tech, art, music, fashion, and film go to present, learn, entertain, and network. SXSW started as a tech convening, but has since expanded to a diverse conference that spans 25 tracks of programming ranging from music, film, gaming, style, politics, food, healthcare, and global and social impact. SXSW has also ensured that LGBTQIA+ representation is included within each of these tracks and, in 2018, they developed two full days of programming dedicated specifically to LGBTQIA+ topics. From March 10-11, the LGBTQIA+ Series of Sessions examined topics such as community alliances, the gender spectrum, activism, visibility, the movement towards equality, and more.

SXSW receives over 4,600 proposals annually. In 2016, dapperQ was the first queer style panel featured at Sxstyle, and our proposals have been accepted for three consecutive years thereafter. This year, our goal was to expand our discussion of style beyond clothing to include the beauty industry. Our panel “Blurred Lines: Beauty in a Gender Fluid World” examined how the beauty and cosmetics industry has long focused on marketing to a narrow demographic of homogeneous women. However, social media and greater acceptance of non-binary gender identities and gender presentations are challenging the beauty industry to be more diverse and inclusive. Younger generations are abandoning conventional notions of gender, and social media platforms are spurring the democratization of beauty that allows for transcending gender-based beauty boundaries and for consumers across the gender spectrum to emerge as the creative directors of their own beauty without corporate brands dictating how they should look. Our panel of queer beauty experts included Ann Bradstreet Brown, the Director for Global Brand Supply Chain (GBSC) at Bumble and bumble; Christopher Sayasith, the Director, International Business Development, Strategic Initiatives for Estée Lauder Companies, a well-diversified powerhouse of 30+ brands (MAC, Tom Ford Beauty, La Mer, Le Labo, Lab Series, GLAMGLOW, etc.), and the global leader in prestige beauty; and Dev Seldon, Qwear Brand Ambassador and non-binary artists, dancer, model, and beauty influencer whose work is centered around gender and diversity. The panel was moderated by Anita Dolce Vita publisher and Creative Director of dapperQ.

Audio from the full panel can be access by clicking here and hitting play at the top of the page. 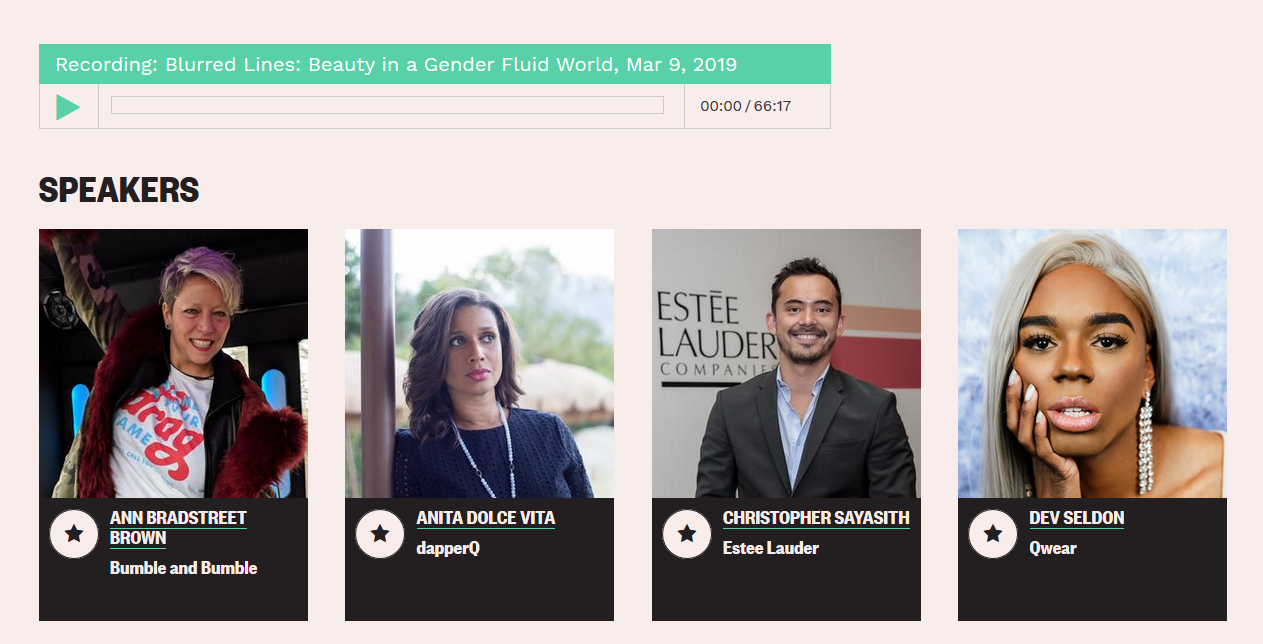 Some of the broader topics and takeaways were:

Anita Dolce Vita was also invited to speak on another important topic: “RIP Lesbian Bars: Creating Spaces For LGBTQ + WOMXN.” The moderator’s hypothesis was: As the LGBTQ community gains more acceptance in the world, we’ve seen a smaller amount of spaces dedicated to the community, specifically ones for womxn. Although equality is what we continue to fight for, we don’t want to be homogenized into the greater public. This would make us less visible and less accessible to those seeking out their community. With the closing of lesbian bars, we need to pioneer the new movement that creates community without solely depending on a bar. This panel will discuss why it’s important to continue to create these spaces without having a brick and mortar location, and why the “temporary” separation is necessary. Last, we will discuss why cities with womxn focused events have a significantly higher attendance as a whole during Pride celebrations. Panelists included Anita Dolce Vita, publisher and Creative Director of dapperQ; Sarah Marloff, a News Staff Writer at the Austin Chronicle for the Gay Place and Civics Listing Editor; and Kelly Frances West, Lifestyle Designer and Co-Owner of the premier lesbian event production company in Austin,TX, Lesbutante and the Boss. The moderator of the panel was Michelle Solorzano Daly, Purple Heart Army Veteran and Co-Owner of Lesbutante and the Boss.

Audio from the full panel can be access by clicking here and hitting play at the top of the page. 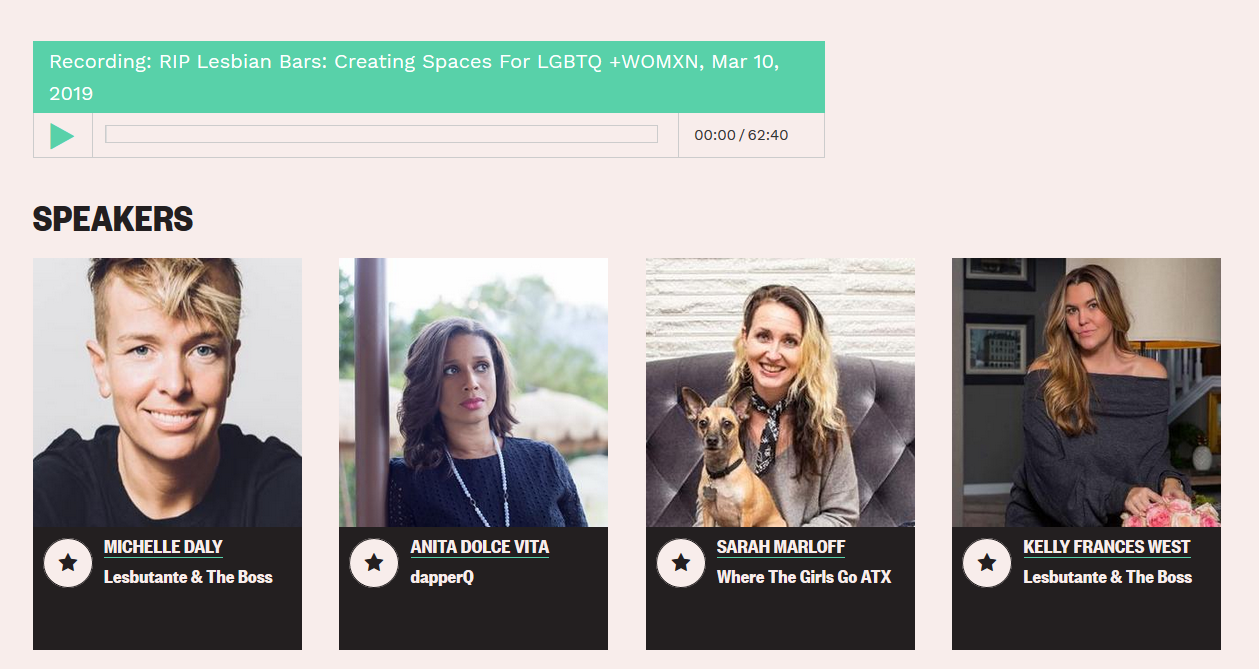 Some of the broader topics and takeaways were:

*Note: dapperQ as a whole does not necessarily endorse any of the individual opinions of the speakers.

Written By
dapperQ Team
More from dapperQ Team
“Queer Fashion & Style: Stories from the Heartland” at the Textiles and...
Read More