In March 2009, dapperQ debuted on-line, launching the original website and publishing our first ever digital queer style article. Over the last decade, we have grown, producing 15 fashion shows; authoring thousands of articles; speaking at major conventions such as SXSW for four consecutive years; and moderating panels at venues ranging from Refinery29 to The Museum of the City of New York.

This year, we not only celebrated our 10 year anniversary with a stylish party, TEAZE, during WorldPride in partnership with Official New York City Pride, but we also produced four powerhouse shows featuring some of our favorite designers that we have worked with in the past, alongside designers new to our runway. Let’s take a look back at some highlights of these events.

We kicked off our four show tour opening the Gender Bending Fashion Exhibit at the Museum of Fine Arts/Boston with a fashion presentation featuring The A/C Space, Salt, Stuzo Clothing, and LANDEROS NEW YORK. Over 3,500 guests were in attendance, including Hamish Bowles, famed International editor-at-large for the American edition of Vogue! 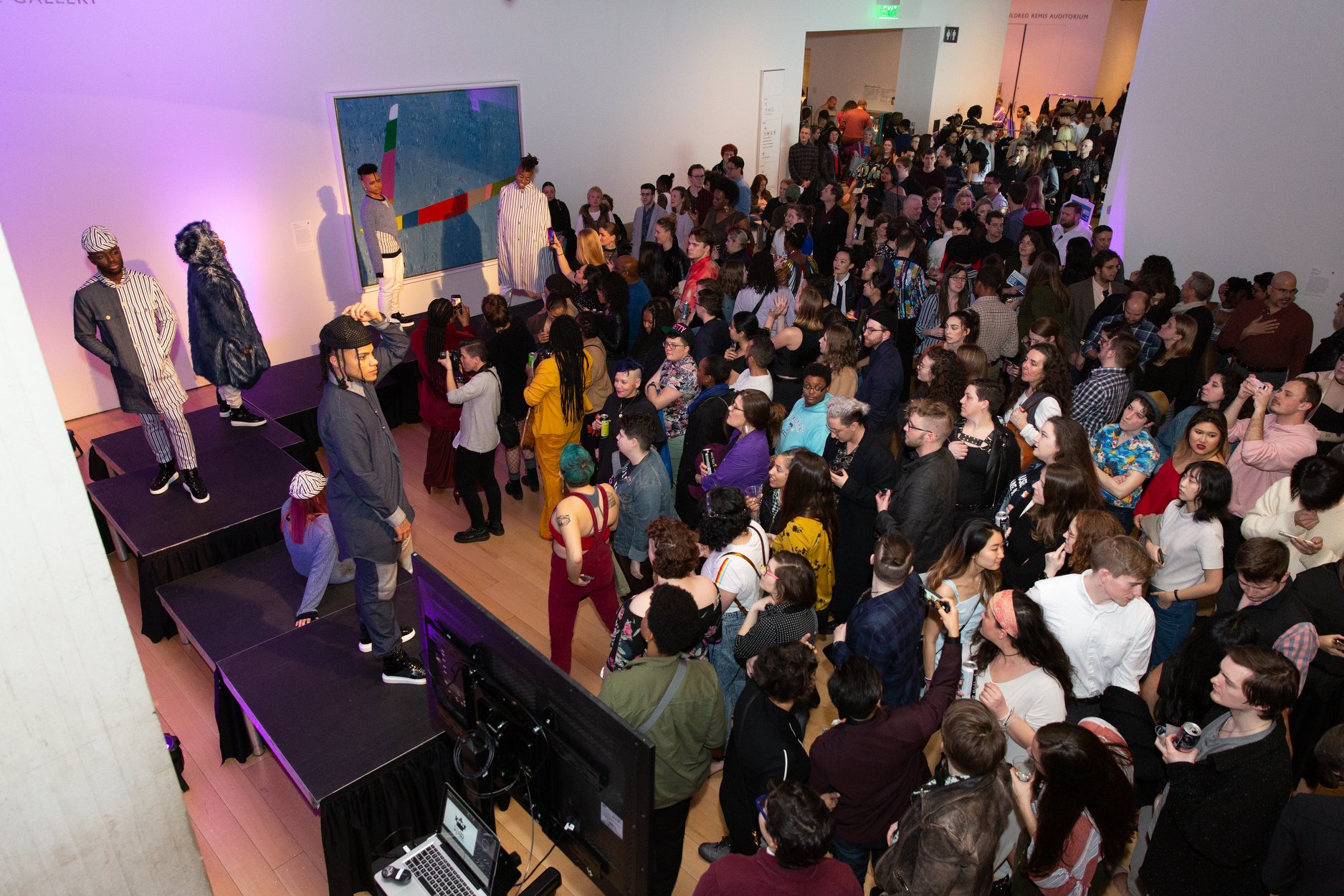 Scroll through the gallery of some looks by our featured designers captured by @senka10 and MFA/Boston.

In June, we were honored to produce two shows: One for Airbnb’s WorldPride popup up event and our third annual Target Youth Pride Fashion Show. Let’s start with the Airbnb event, which we knocked out of the park. According to Airbnb staff, our event received the largest number of digital RSVPs of all their activations planned over the course of multiple days. dapperQ owner Anita Dolce Vita invited Stuzo Clothing, A/C Space, Salt, Kirrin Finch, and Play Out Underwear to present collections in a beautifully curated space, followed by a panel discussion on queer style featuring each of the designers and moderated by Dolce Vita. Scroll through the gallery of some looks by our featured designers captured by Marie Lombardo / @the.ellle

Speaking of knocking it out of the park, our next stage takeover was the infamous SummerStage in world famous Central Park for dapperQ’s third annual Target Youth Pride Fashion Show for WorldPride, the next morning following the Airbnb event!

In our annual tradition, the show featured 10 diverse LGBTQ youth who were each provided $100 Target gift cards to style a look that affirmed their identities and empowered them as the future leaders of our communities. Youth shopped at Target Harlem with the production team, who supported the youth in completing their full Target look. Each youth received one-on-one makeup consultations and stage makeup courtesy of M.A.C. Scroll through the gallery for some additional images of this year’s awesome youth lineup. And, don’t forget to check out the dopest video of the runway and Youth Pride event by Kim Geronimo / @thestreetsensei

Our grande finale show for our 10 year anniversary celebration was our sixth annual New York Fashion Week queer runway event at Brooklyn Museum, Pursuit. Pursuit, presented by dapperQ in Partnership with Brooklyn Museum and sponsored by TomboyX with special support by official beauty sponsor The Estée Lauder Companies and food and drink sponsors Ro Pacheco and Henrietta Hudson, was inspired by the Museum’s Pierre Cardin: Pursuit of the Future exhibit and was part of the Museum’s year-long “Nobody Promised You Tomorrow: Art 50 Years After Stonewall.” Pursuit brought to life on the runway how queer style continues to be an important radical act of resistance and self-care. Pursuit was held on the opening night of New York Fashion Week.

dapperQ’s annual fashion show serves as an incubator for talented designers who might not otherwise have a large platform at NYFW; a bridge between consumers and queer brands; a showcase of diverse models; a large NYFW stage for hair and makeup artists; and a celebration of queer style and queer bodies. This year was no exception, with our most diverse lineup of nine designers and over 70 models.

This year’s show was hosted by B. Hawk Snipes, a beauty and fashion creative who is currently a actor featured on the hit FX show Pose. Runway beats were provided by resident DJ MO.

B. Hawk Snipes wasn’t the only celebrity to stomp the runway at the show. High profile models including Zach Barack (Marvel’s first openly transgender actor) and Jason A. Rodriguez (Actor who plays Lemar Wintour on Pose) also served looks for TomboyX and LANDEROS NEW YORK, respectively.

Written By
dapperQ Team
More from dapperQ Team
In the second of a series of virtual talks/panels curated with a...
Read More