When it comes to investments in style and self-care, underwear is often underrated. Not convinced you should be spending more time and effort in your underwear game? Think about the following. To start, underwear is often the first thing that you put on, and the last thing that you take off every single day. In terms of self-care, physically, underwear for many people is by far the garment that most closely touches their bodies for the longest number of hours in the day. And in today’s world, people are spending increasing amounts of time at home sans pants both working and lounging in their underwear. So, comfort is essential. Further, wearing garments that affirm your identity and are visually appealing can positively impact your mental well-being. Lastly, underwear does not take up too much space in closets and drawers, so they are an easy way of diversifying your wardrobe in a way that is meaningful to you.

While we applaud commercial, mainstream brands for their more recent efforts in casting and paying models from LGBTQ+ communities, we also want to ensure that independent queer and womxn owned companies thrive in fashion. This weekend, my partner and I spent the majority of our time lounging around in an assortment of underwear from the queer, womxn owned brand Girls Will Be Boys (GWBB). GWBB is active loungewear inspired by today’s modern tomboy that boldly fits all shapes and sizes. 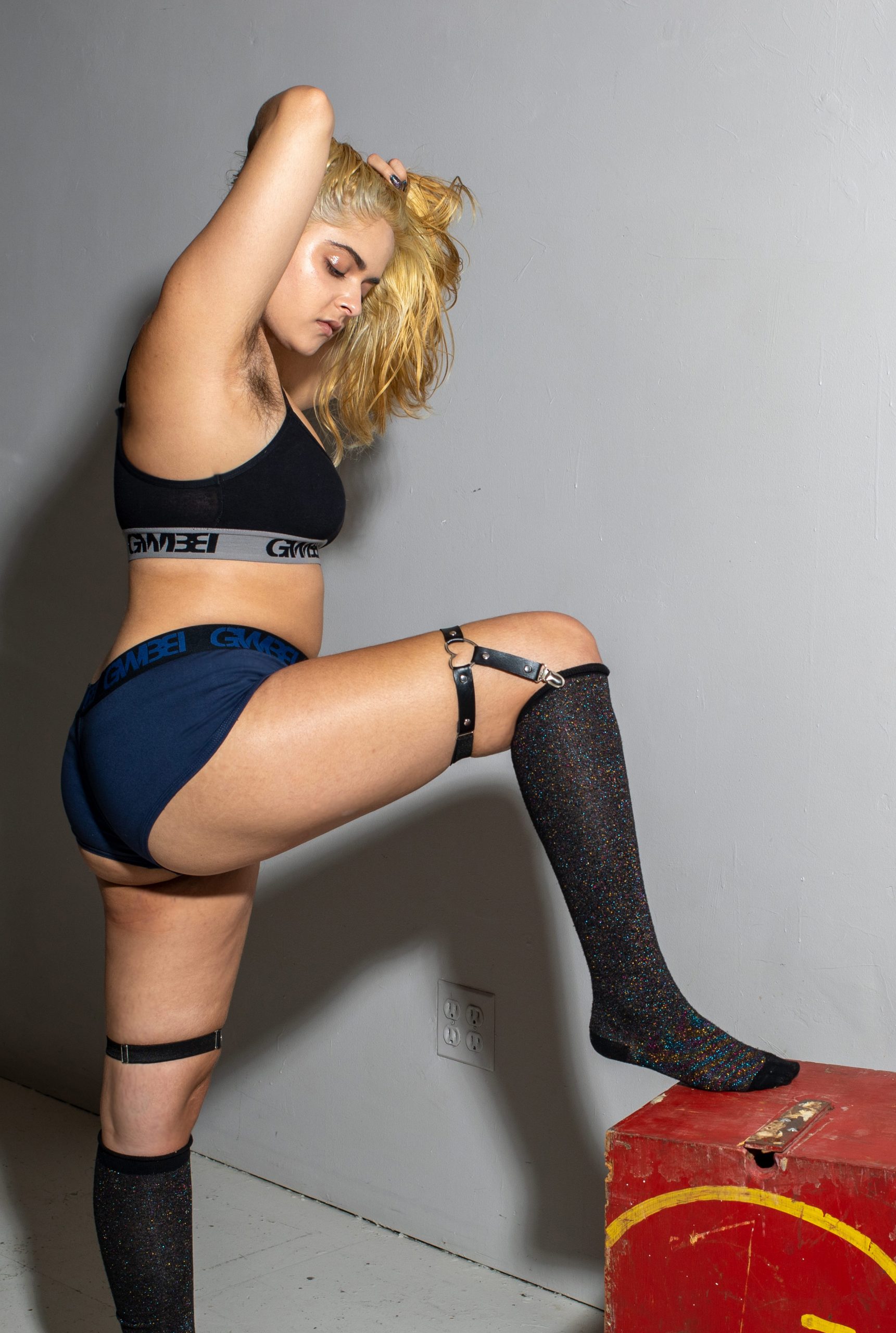 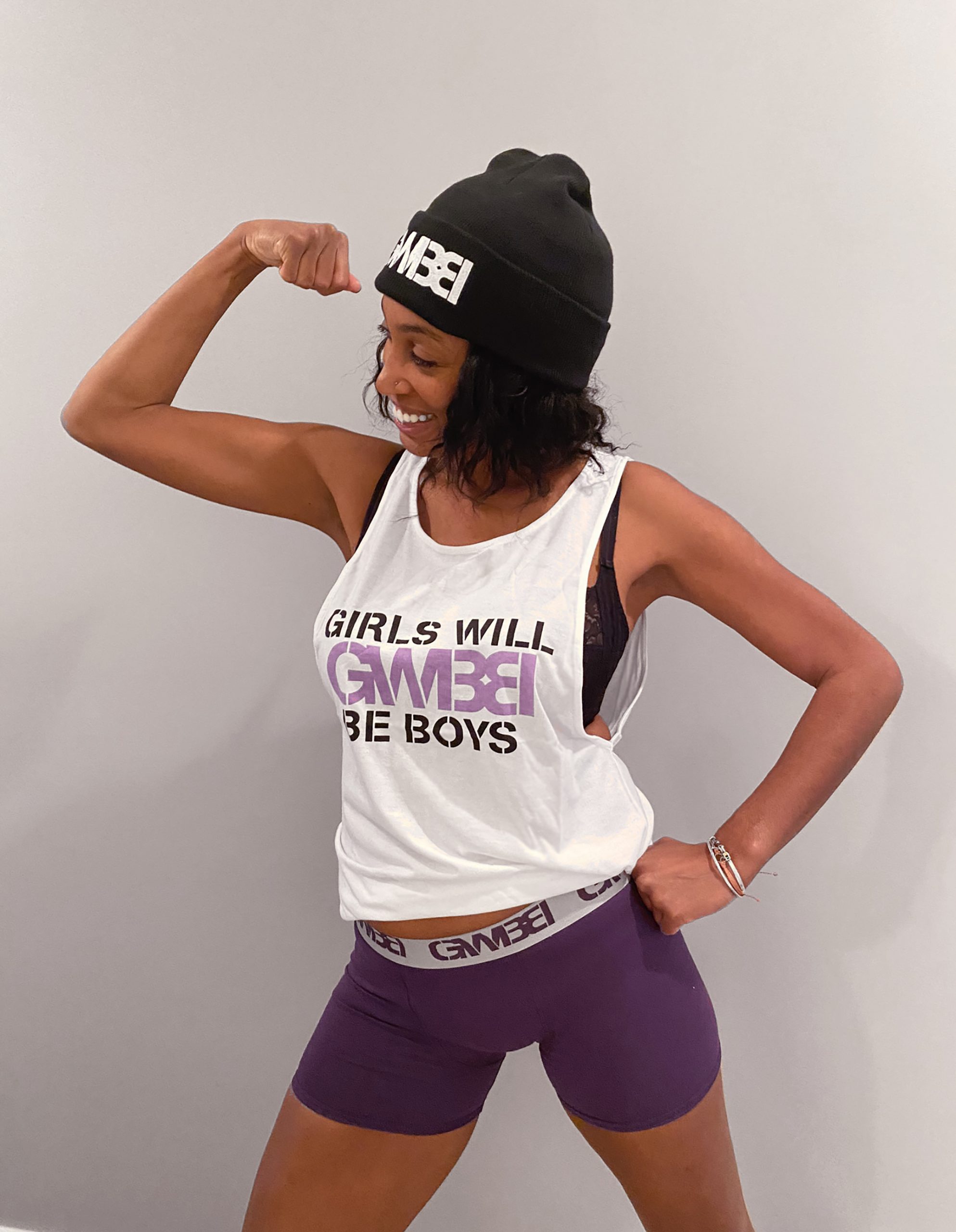 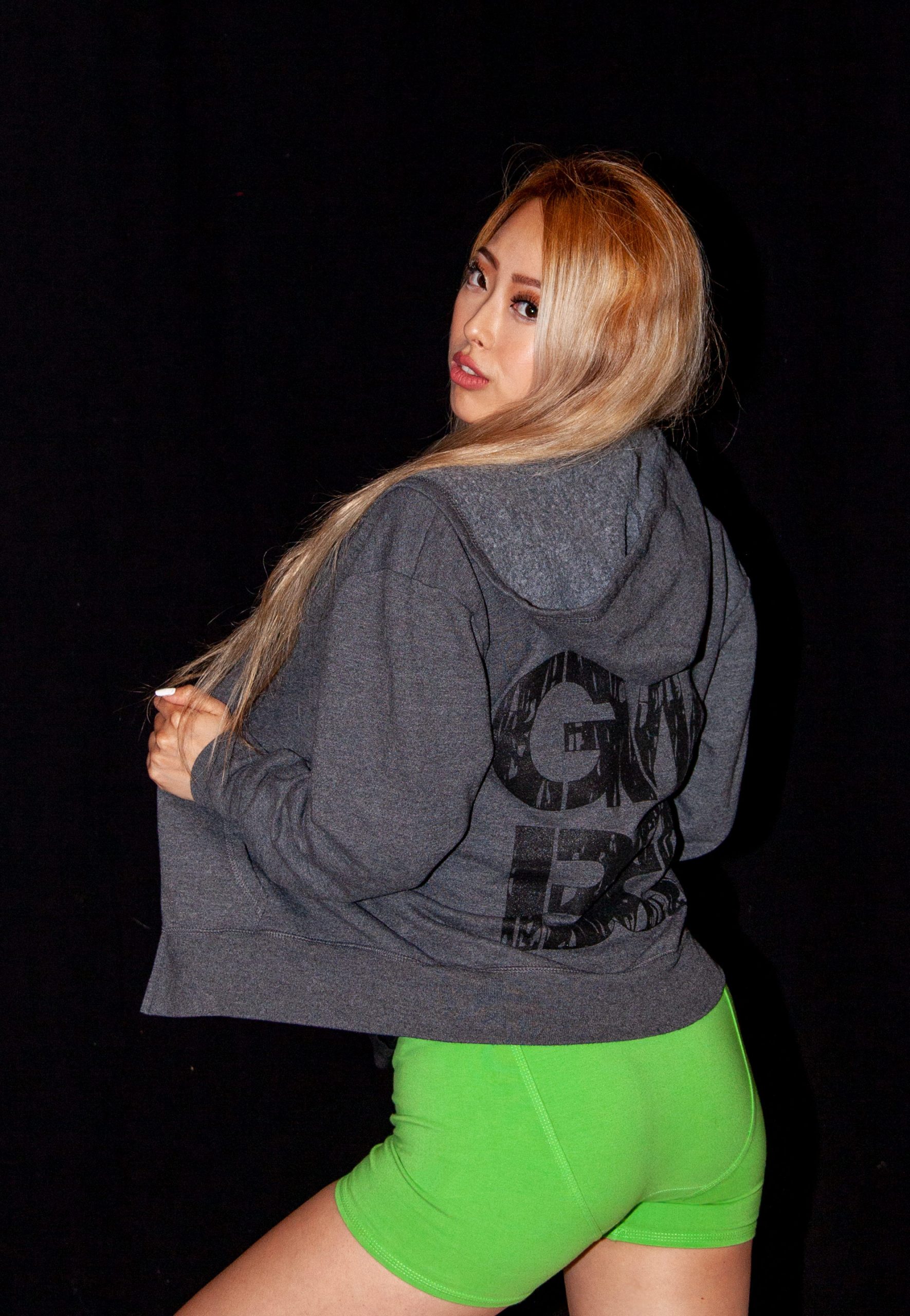 To start, we were pleasantly surprised to have received a GWBB beanie and snap-back in our shipment alongside our underwear. For my partner, who is more on the masculine-leaning side, nothing screams “tomboy” like beanies and snap-backs. Needless to say she quickly wanted to photograph the beaning using a new photography trick she learned on TikTok, and the beanie looked FIRE despite her photography skills being dismal (sorry babe). That’s a testament to the GWBB logo design and placement on their products. 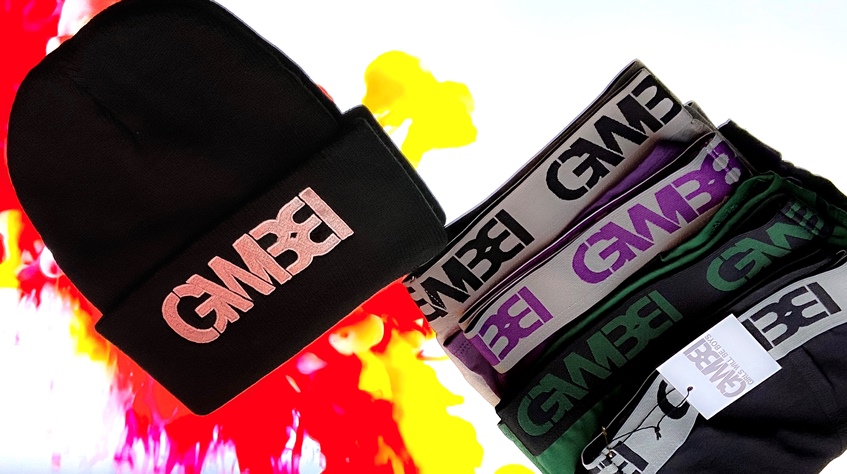 Now let’s talk underwear. We tried an assortment from GWBB’s two main fits: Signature Boxer Briefs and Signature Booty Briefs. The colors ranged from neutral black and gray tones, to deep hunter green, to royal purple, to a pop of hot pink. My partner and I both swooned over the lush hunter green color, but I ended up being the winner of those pair because they arrived in an XL/L (my size) and she’s an XS/S (oh well). I’m actually wearing them as I write this review because they came in the boxer brief fit and look really lux with an oversized sweatshirt. I’m currently feeling like a portrait of a NYC blogger wearing this cozy, sexy fit paired with my laptop and an iced coffee that is way too cold for a fall day.

The first test was comfort. I could immediately tell that these underwear were going to feel splendid, because the minute I took them out of the packaging, they felt soft. Often times underwear require a few washings before they feel as soft as GWBB’s did straight out the box. We always recommend washing new underwear no matter what, and I did. Just saying the feel was already a preview of what was to come. I laundered the underwear as the GWBB’s website recommended in order to optimize garment life.

After washing, that’s when we really put the underwear to work. We began our Saturday by standing in a 4 hour early voting line in NYC, me wearing an electric lime green color in the booty brief fit, and my partner wearing the royal purple color in the boxer brief fit. NYC being NYC, the weather was unpredictable and kept changing throughout the day, starting off with a fall crispness in the air and changing to a balmy humid melt-fest that was only made even less tolerable by standing on our feet all day near trash bins as we wore masks. (WEAR A MASK – it’s hot, but it saves lives!!!) We were extremely grateful that the GWBB underwear were breathable and comfortable, so we didn’t get swamp booty.

After voting, we came home and showered. My partner went for a run and gave the underwear an A+ for providing great coverage while also being lightweight and flexible. I’m not much of a runner, so I took a nap. I also gave an A+ for not crack creeping during sleep time.

The next test was whether the underwear were exciting and created some sense of self-care. I can say that I was excited to try on a new color in a new fit on Sunday. It felt like an extravagant indulgence on a weekend when I had no plans to put on heels and fire engine red lipstick. (Although, now thinking about it, the underwear would look really sexy styled this way!) Visually, I really loved the contrast color bands, and the hot pink pair with the baby pink color band and hot pink logo spoke to my femme soul. My partner loved adding a new brand of underwear that affirmed her identity but wasn’t made by a super large corporation.

All in all, we both give GWBB underwear two very enthusiastic thumbs up and will likely make them a staple in our collection. Best news: Starting November 1st, all new customers will receive 10% their purchase with code: WELCOME10.