Last fall, we featured Open Barbers, an exciting new project in queer hairdressing based in London. Since then, my eyes have been opened to the retro barbershop revival. The trend has been going on for quite some time, but I suppose I had never paid much attention to it until our contributor Zoya showcased Open Barbers on our site and I realized that barbershop pampering could be added to my gift list for the dapperQs in my life. 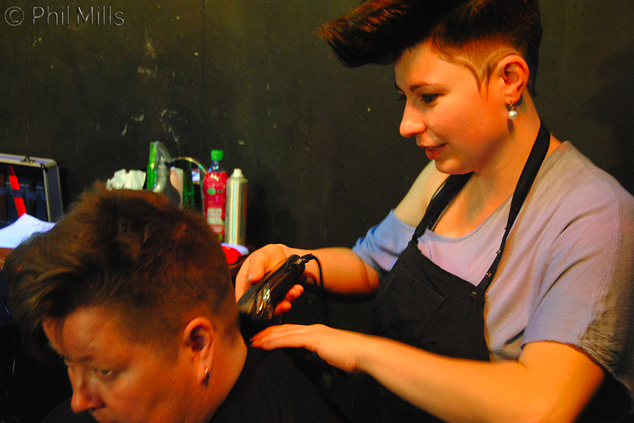 Here are some other retro barbershops to check out right here in the U.S.: 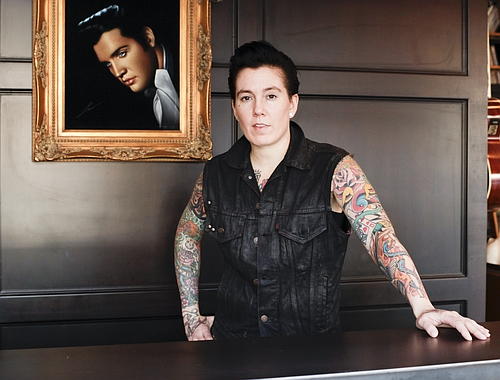 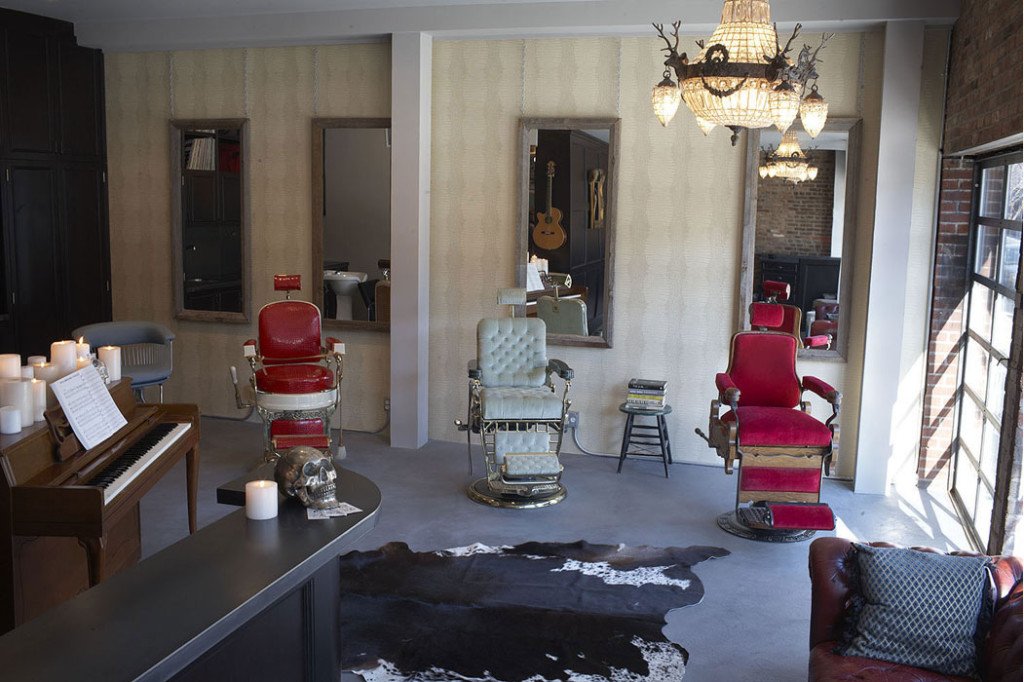 Graceland, co-owned by Bethany Paul (pictured above) and Corvette Hunt, is an Elvis themed barbershop in Brooklyn, NY. According to Time Out New York, Hunt has “styled wigs for Madonna, Patricia Field, the B-52s and more divas than you can shake a falsie at; he also performed drag at some of NYC’s biggest clubs, including Tunnel, Sound Factory and Limelight.” Queer friendly? Check! 677 Lorimer St between Frost and Withers Sts, Williamsburg, Brooklyn. 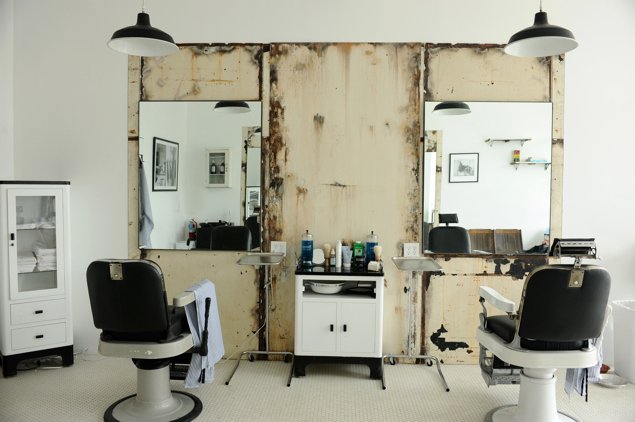 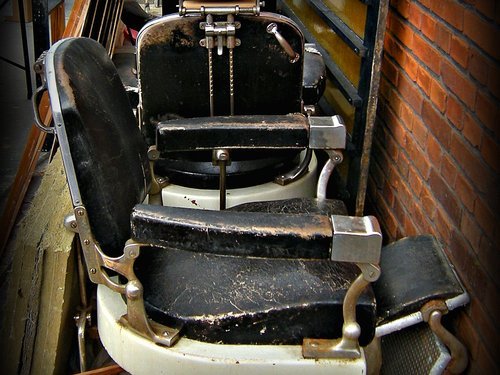 The Blind Barber has two locations: one in L.A. and one in NYC. Both offer a “complimentary” cocktail with your pricy cuts and treatments. But that’s not the only reason to schedule your appointment after work. Both have back doors that lead to bars where cool kids in the know drink and schmooze, tapping their wingtips to the tunes of a DJ. A DJ? Yes, DJ. Queer takeover is a must!  New York location: 339 E 10th St (between Aves A and B), Manhattan. Los Angeles location: 10797 Washington Blvd Culver City, CA. 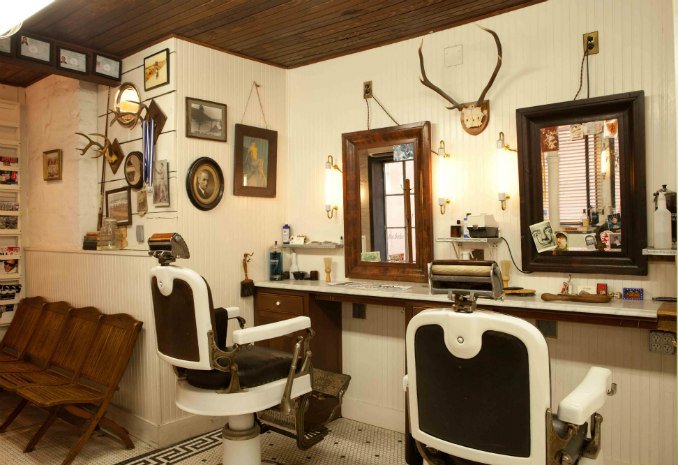 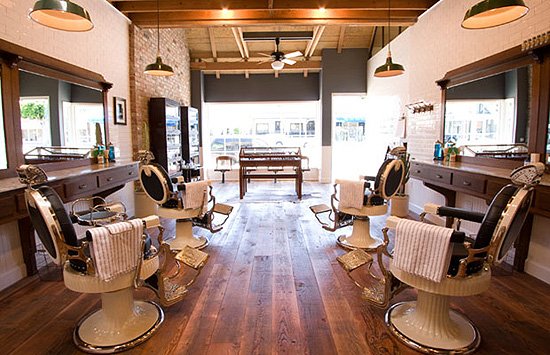 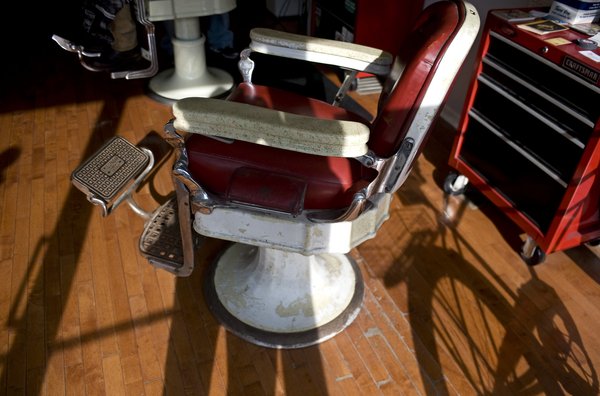 Chicago beat New York price wise, that’s for sure. Belmont specializes in the pompadour, all for $17. And, you still get all the retro atmosphere! 2328 W. Belmont Ave., Chicago.