Increasing visibility of masculine-of-center lesbians, masculine presenting genderqueers, and transgender men with respect to fashion is just one piece of the empowerment puzzle. Over the past few years, we have seen a (much needed) proliferation of menswear style blogs dedicated to this niche market. However, this population has been shut out of many other spaces and conversations typically dominated by cis-males. For example, investment and business are just as, if not more, important to the movement, because career and financial planning empower people to have access to the type of lifestyles they want to pursue, to education, to healthcare, to a comfortable retirement, to independence.

Queer B.O.I.S., a multimedia website dedicated to increasing the visibility of masculine-of-center lesbians and transgender men, has been successful in integrating four key components of empowerment and visibility: Business, Opulence, Investment, and Style. I corresponded with Queer B.O.I.S. co-founder, McKenzie, to find out more about Queer B.O.I.S. and what drives this labor of love. 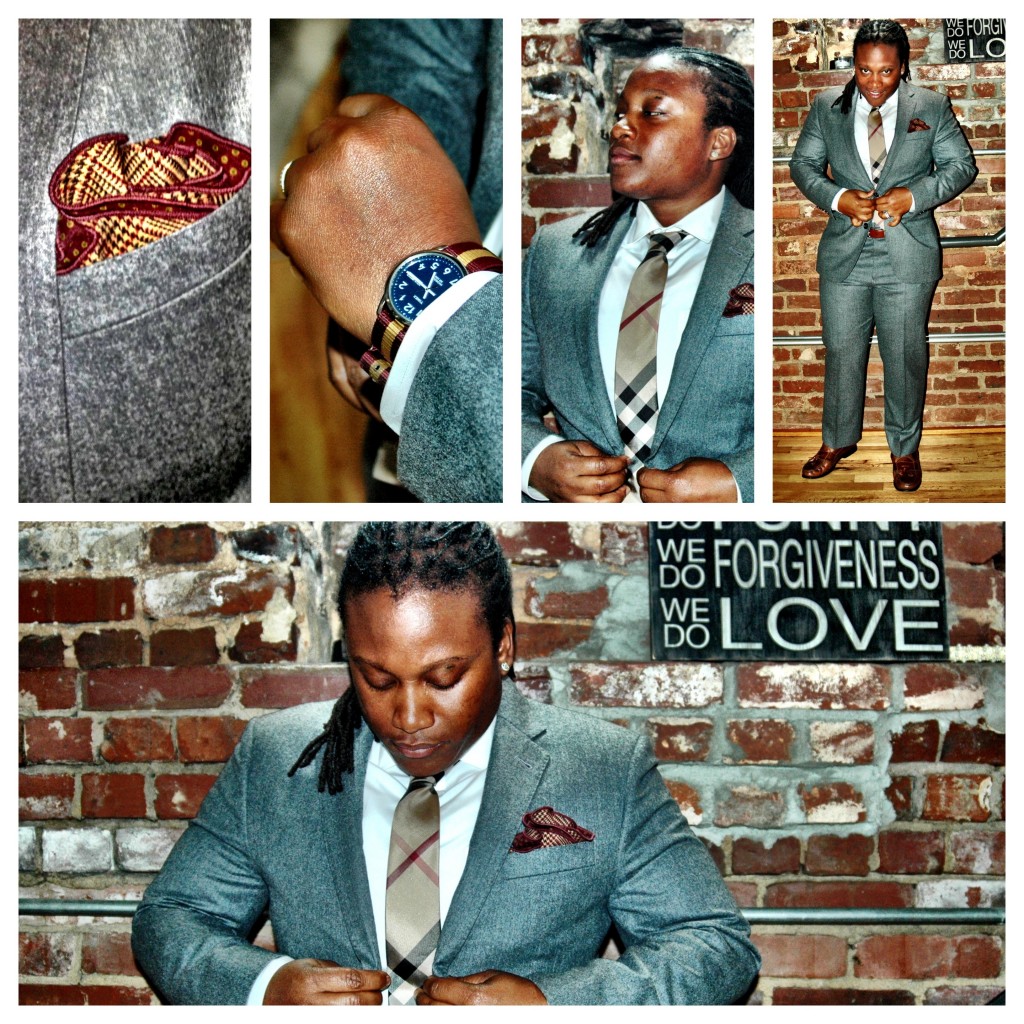 dapperQ: Can you tell us a bit about yourself ?

Mckenzie of Queer B.O.I.S.: I was born in Jamaica and grew up in Antwerp, Belgium. When I became 18 ye-rs old, I moved to Atlanta, GA and now I’m 30 years old. I’m an IT manager for a Fortune 500 telecommunications company. I hold a BA in Computer Programming and an MBA in International Business. You can say that I’m one of the founders of Queer B.O.I.S.

dapperQ: What is the mission of Queer B.O.I.S.? How did you come to decide why the B.O.I.S. stood for and why Business, Opulence, Investment and Style?

Mckenzie of Queer B.O.I.S.: Our mission is to bring visibility to a community that is often overlooked in the media. Also, our goals were to create a social media space for masculine of centered women and trans men to come share information, stories, and life in order to be the best representation possible to the world, while also being a source of information, inspiration, visual stimulation, and excitement.

It was a conversation between my partner and me.  We were sitting around one evening talking about the project and we started to toss words and ideas back and forth.  Business, was an obvious first choice, to some degree it defined the following.  Opulence was my partner Taliba’s idea. She kept saying, ‘QueerBOIS like luxury too’ so it was just a matter of coming up with the word that spoke to her sentiments.  Investment seemed to a next viable option, although it was debated for a short while.  Finally, Style was a no-brainer.  So, there you have it; Business, Opulence, Investment and Style. 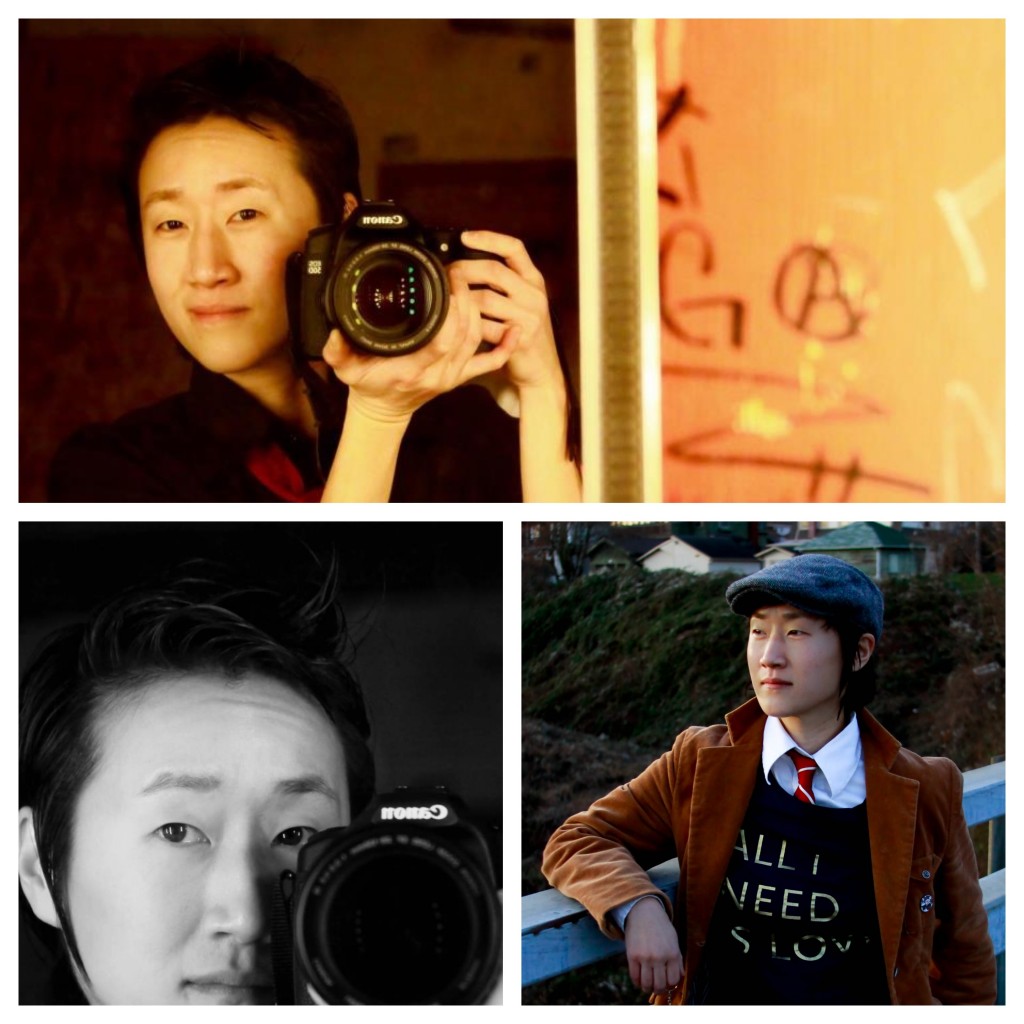 dapperQ: What has most influenced your style? Fashion icons?

Mckenzie of Queer B.O.I.S.: I am influenced by my brother and, of course, my father who lives in England, Sid Mashburn, Ellen, our followers, Kanye West and of course, I’m led by my own intuition and taste. Following our own notions of style usually leads us to a good end.  I wouldn’t say that I have a style icon, per se.

dapperQ: Where do you shop for your menswear?

Mckenzie of Queer B.O.I.S.: There are a few places that I truly enjoy, J Crew being one of my favorites. Other places I like are Sid Mashburn, Macy’s Men’s store in Atlanta and Brooks Brothers, Zara (especially for accessories like scarves), and let us not forget the occasional thrift store run. I get my pieces from everywhere really. 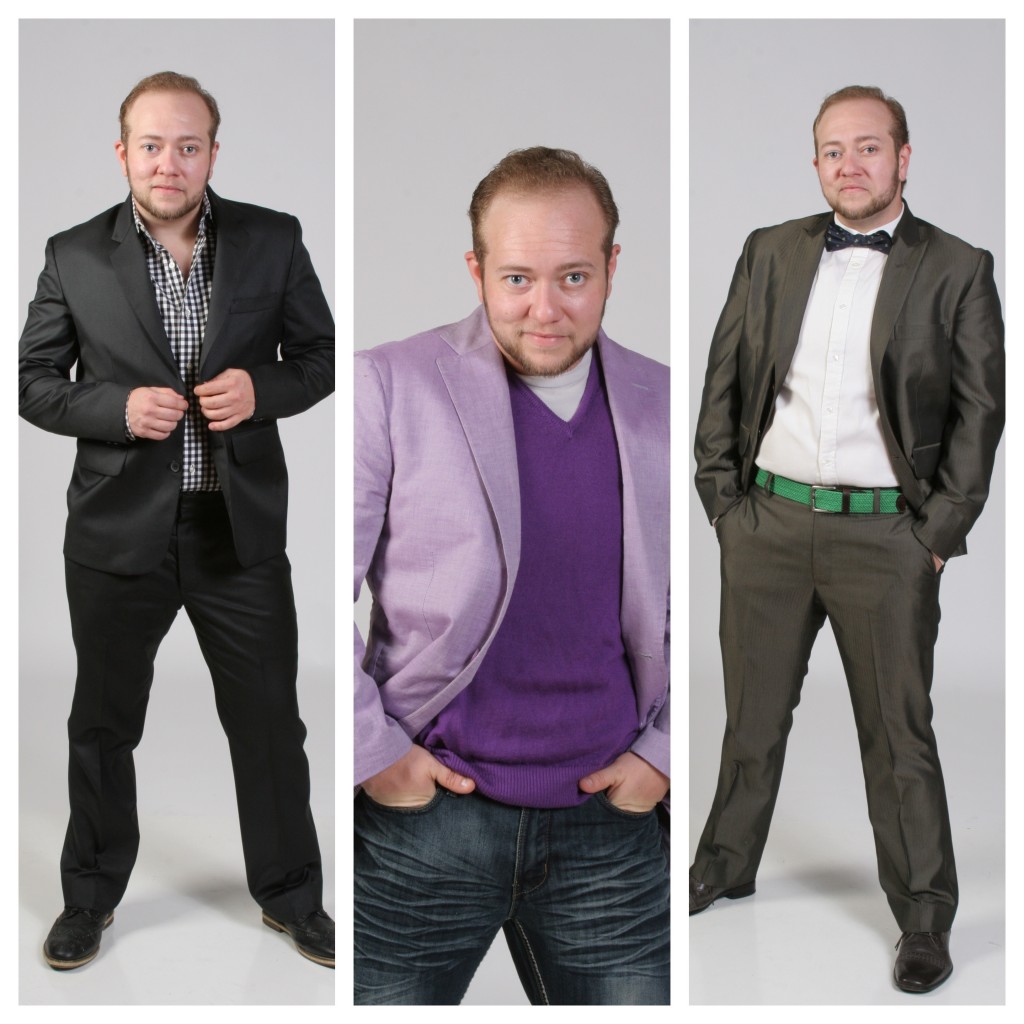 dapperQ: What is the one article of clothing that most defines your style?  Why this article? 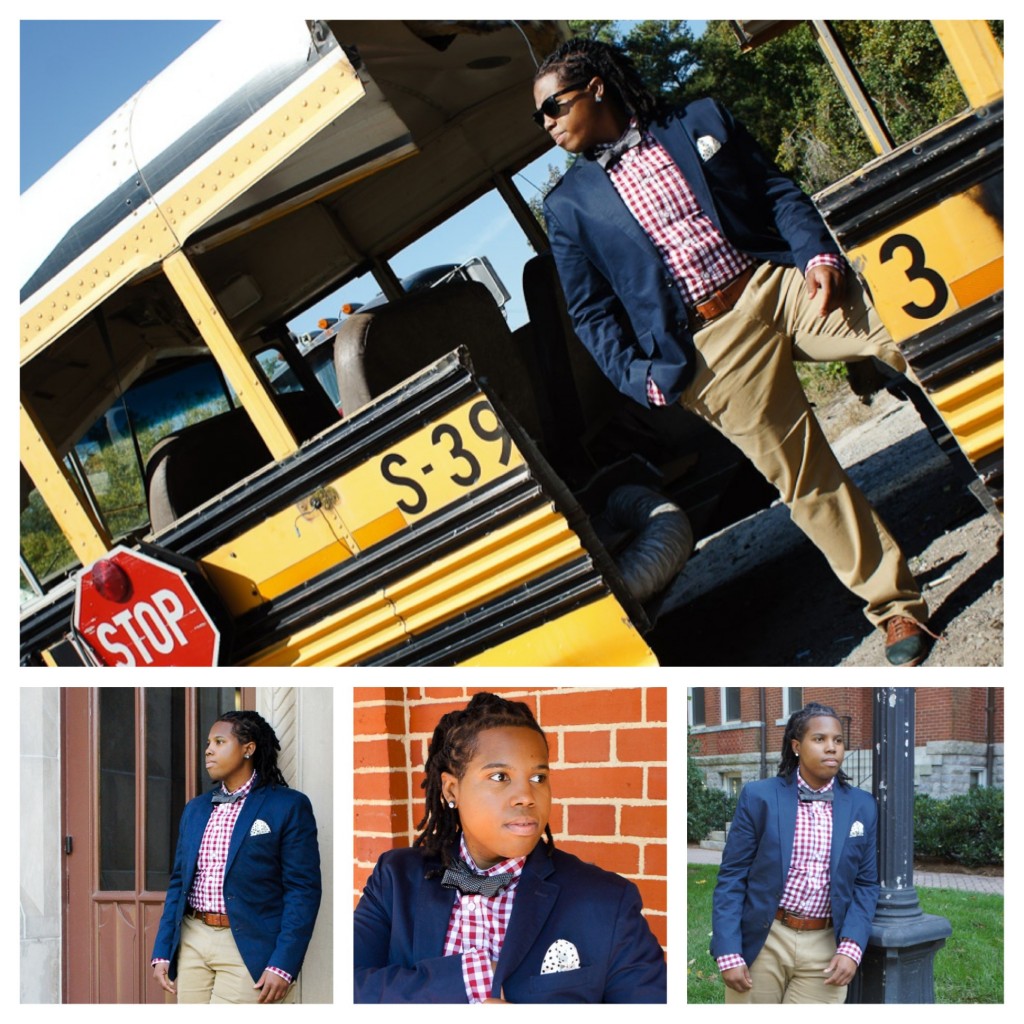 dapperQ: Is there anything unique going on with Queer B.O.I.S. style in Atlanta that sets it apart from other regional Queer B.O.I.S./dapperQ styles?

Mckenzie of Queer B.O.I.S.: In my opinion there is just something about fashion with a hint of southern to it. Not to mention the southern bespoke look. We promote and have seen an increase in bespoke here in Atlanta and what we recommend to our readers if they are interested in looking their best. Let’s face it, these men’s clothing aren’t made for some of our body types so having clothes that are tailored to us and that fits well is the best option. 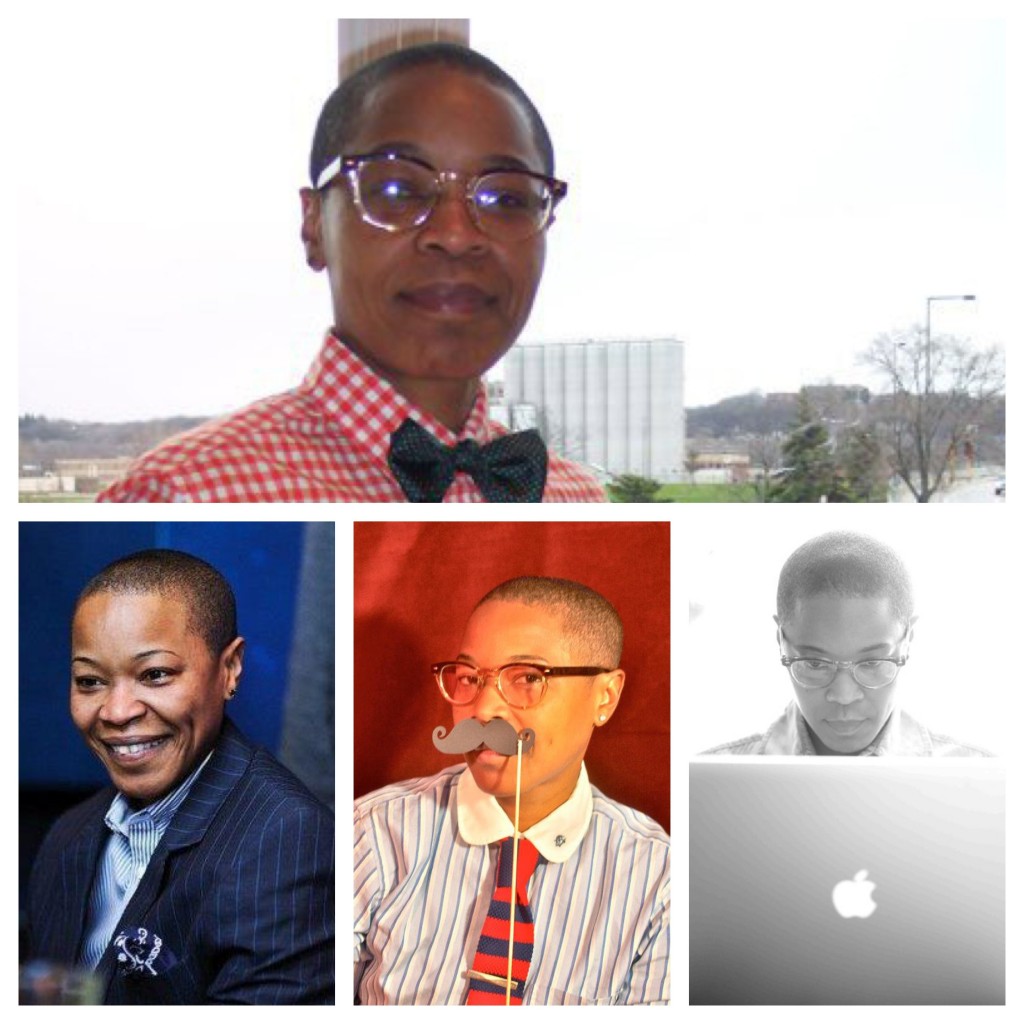 dapperQ: What can we expect next from Queer B.O.I.S.?

Mckenzie of Queer B.O.I.S.: Change is constant, and in this day and age there is an endless array of happenings in social media. Rather than sticking with one or two things that work, we’re open to newness, change, and growth. We wanted to offer information and resources on a variety of topics while continuing to be entertaining and plausible. 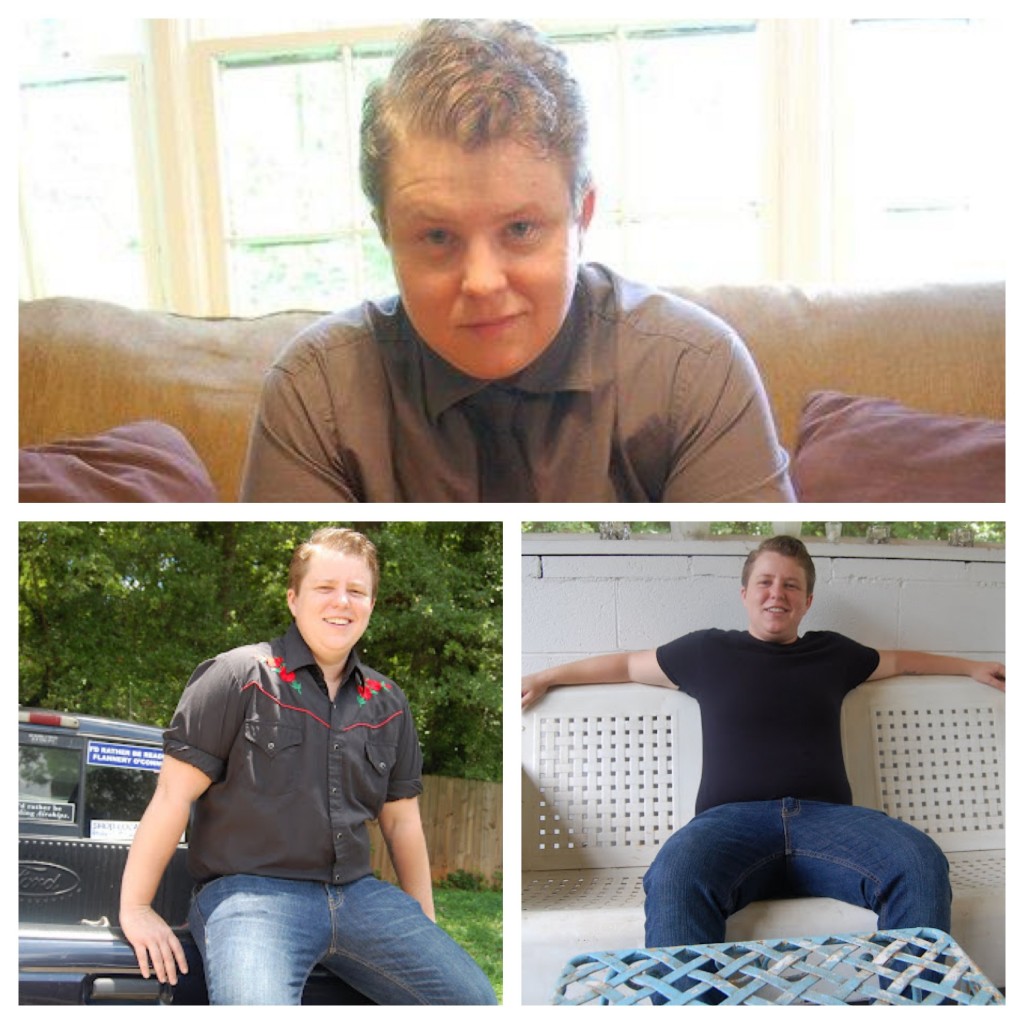 Our dreams have come true and are continuing to come true. We just celebrated our one-year anniversary and are in the midst of building on that to become even better in the years to come. We have big plans for Queer B.O.I.S. and are eager to find opportunities to fulfill them. One thing is for sure, we look forward to working with other organizations in (and outside) of the larger LGBT community.