dapperQ is turning 5! FIVE YEARS!!! Has it been that long? We have had a very clear mission since our first post and have since emerged as one of the top queer style blogs, with mentions in the New York Times, Huffington Post, Washington Post, and Canada’s Globe & Mail, to name a few. We wouldn’t have been able to do it without you, and we welcome you to come celebrate with us on Sunday, February 16th for a runway show and after party that you won’t want to miss (details here).

Throughout the years, we have successfully used our platform to advance visibility and equality. We were among the first to document dapperQ style on a blog that offered original content, editorial spreads, and solid advice to our readers to help them navigate a fashion world that leans toward being exclusive, heteronormative, fat phobic, trans phobic, racist, and gender normative. Since our founding, we have watched the fashion industry slowly evolve and have made some incredible gains, such as having an ever increasing number of brands now creating clothing to fit our market, and seeing more (but still far too few) models that represent us springing up on runways and in ad campaigns.

So, let’s reminisce a bit and take a look back at some of our favorite moments in dapperQ style since 2009: 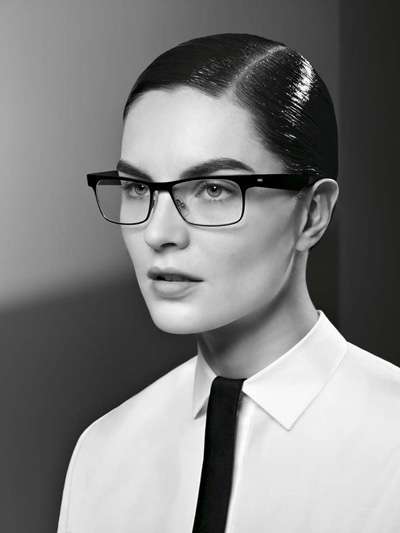 Of course, our absolute FAVORITE style moment of 2009 was when dapperQ burst on the scene as a style resource for our community. But, the Hugo Boss 2009/10 ad campaign featuring androgynous looks, such as the one above, wasn’t too shabby either. This image from their campaign is of model Anouck Lepère shot by Photographer Jean-Francois Carly. 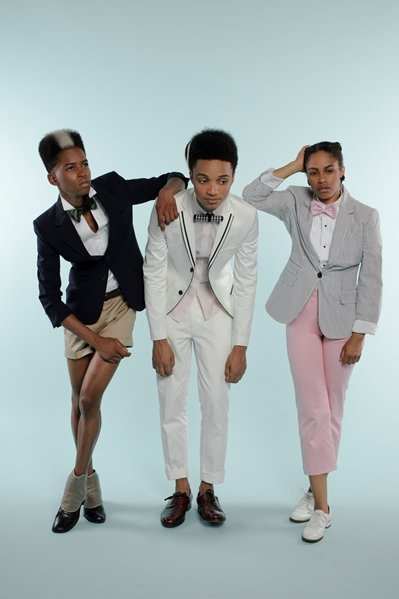 2010 was an incredible year for dapperQ style. We received some of our first major mentions in reputable media outlets, such as Feministing, the Huffington Post, the Washington Post, AfterEllen, and GO magazine. It was also the year that K.D. Lang dazzled the opening ceremony of the 2010 Vancouver Winter Olympics, singing “Hallelujah” in a spectacular suit. And, we must not forget Paul Smith’s 2010 collection that featured fierce dandyism in candy colors. We also saw new brands designing clothing for the “unconventionally masculine,” such as Marimacho, enter the fashion game. But, what knocked our socks off was Sophia Wallace’s photo series “Modern Dandy,” which documents how “dandyism’s subversive aesthetic of beauty disrupts normative gender in fascinating ways.” 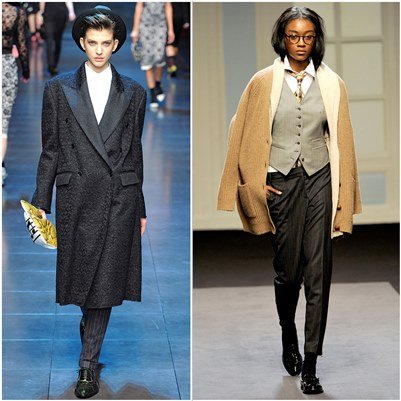 dapperQ stepped up our game in 2011 by introducing our He Said/We Said style series, which later brought us a tons of positive press from a variety of media outlets, including Newsweek‘s Daily Beast and Autostraddle. High profile designers were stepping up their menswear game too: Dolce & Gabbana and Paul Smith both included menswear inspired items in their *womenswear collections. We also welcomed the queer style blog Qwear to the scene. 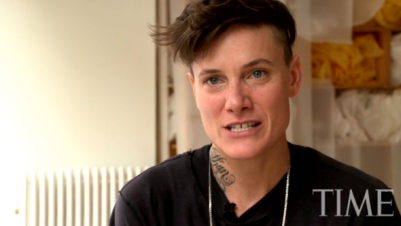 There was an explosion of awesomeness in dapperQ style in 2012. St. Harridan, now a go-to place for queers to get bespoke and off-the-rack suits that fit their gender, launched their Kickstarter campaign, which not only met its goal, but led them to amazing success. That same year, Androgyny and VEEA both had successful fundraising campaigns to begin lines of clothing that address our community’s needs, leading to greater diversity and variety for dapperQ shoppers. The icing on the cake: Casey Legler was the first woman to be signed exclusively with Ford as a male model. 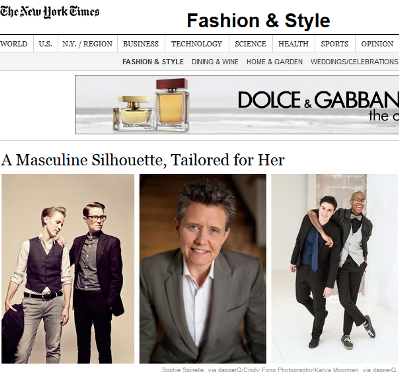 The dapperQ style revolution remained strong in 2013. We continued to get amazing press, and there were not one, not two, but THREE New York Times articles featuring style for our market – one of the articles even included US! Wildfang and VEER NYC also jumped into the fashion waters, opening on-line boutiques selling collections that are curated specifically for tomboys. dapperQ also held our first New York Fashion Week show, produced by Whitney Day, that featured multiple queer designers that are making clothing for our community.

There’s much more to come folks, so keep stopping by. And, please share your favorite fashion moments from 2009-2013 with us!