Even my Facebook friends who are not fans of football were joining the discussion about the racist implications of media outlets calling Seattle Seahawk’s cornerback Richard Sherman a “thug” in response to his post-game adrenaline charged interview with Erin Andrews:

But, many of us, including Rachel Baum, an out and proud cornerback for the New York Sharks all women’s professional tackle football team, know that Sherman is a class act. Not just because he had a 4.2 GPA and received a full scholarship to attend Stanford, where he earned a degree in communication. No. Not just this. Because for fans like Baum who play a sport that has traditionally not been open to gays and women, Sherman has their back. So much so, that he awarded Baum a ticket to this year’s Super Bowl! 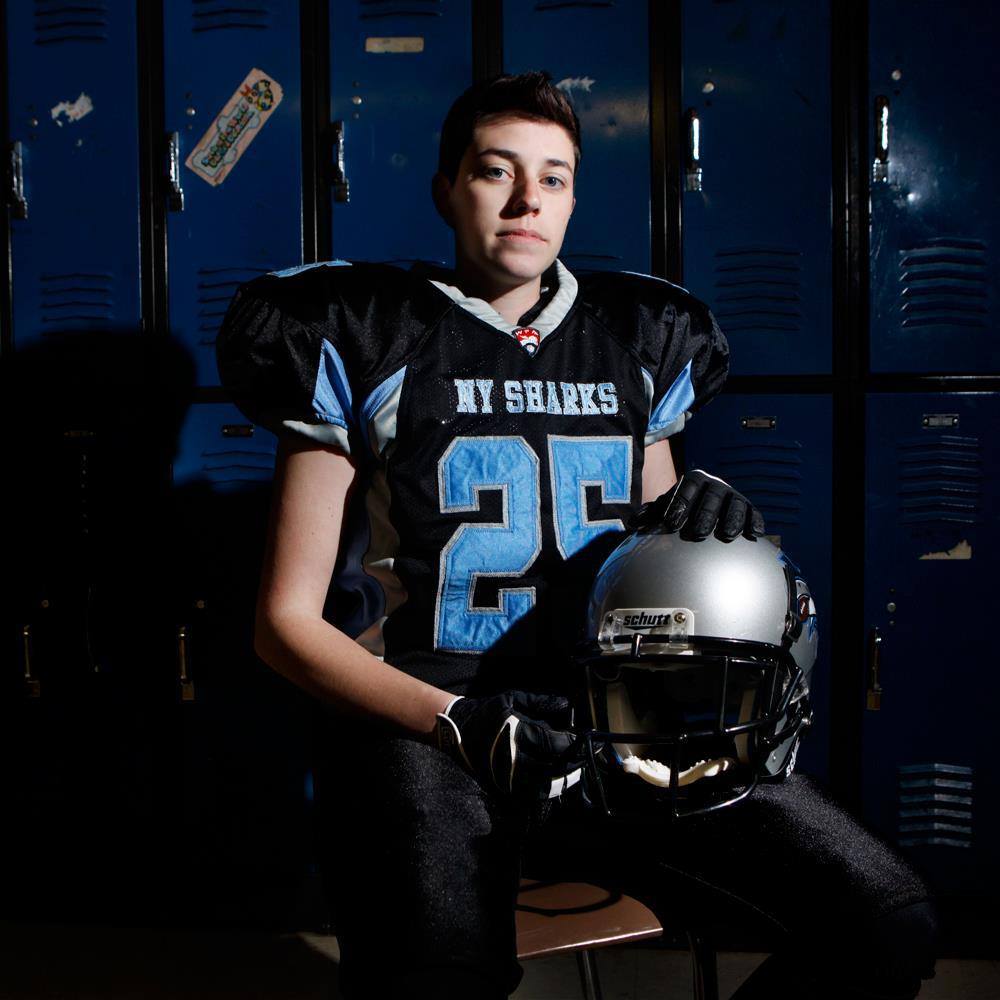 Sherman selected Baum to win tickets after she sent in the following submission to enter The Richard Sherman Super Bowl Contest, which asked readers to write about their favorite Seahawk’s moment:

“I am a Seahawks fan that was born and raised in New Jersey. I was fortunate enough to see the Seahawks destroy the Giants (No, New Yorkers, I’m not going to be a Giants fan just because I live here. I’m going to be a fan of a team that I can eat sleep and breathe for a third of every year) AND see a game out in Seattle (the loss vs. Arizona. But oh well. Being at the CLink was intoxicating). Every other game I’ve spent at Carlow East – a 12th man bar in Manhattan. Most fans are displaced Seattleites and, as far as I know, I’m the lone natural born and bred East Coaster. I’ve been a fan of the Hawks since the Tatupu days (c’mon guys, I’m only 26, so that’s decently impressive). And now, my favorite team is essentially playing in my backyard – on the same turf that I once walked upon during my marching band days in high school – so how do I NOT go to this Super Bowl!? Oh yeah, I’m an unemployed teacher – that’s how. I know my response isn’t quite a ‘favorite Seahawks moment,’ but it’s impossible to find a singular moment out of a player and a team that inspires me so much both on and off the field. That’s right – I play full contact football for a New York based women’s professional football team. My position? Corner. And my number? 25. Because the best corner in the league wears number 25 and he’s on my mind every time my cleats touch the turf. So…my favorite Seahawks moment? I have a hunch that it’s still to come. Go Hawks!”

And, if that weren’t awesome enough, Sherman posted about Baum’s win in his newsletter: 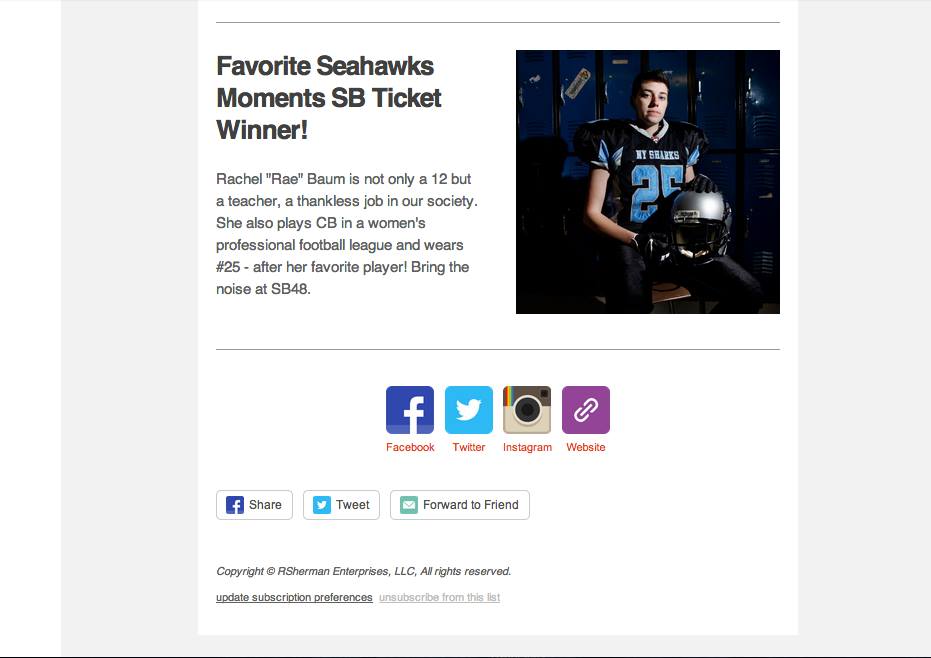 Baum is such a fan that she selected him as her off-field style inspiration for a very dapper photo shoot. Check out Baum on her suit and tie action here.