dapperQ exists as an empowerment and style site for the “unconventionally masculine.” Images of masculine presenting women, genderqueers, and *trans identified individuals in fashion media are few and far between. We create opportunities for those who are shut out of the industry to model, and this in turn increases visibility and provides a space where people can go to find media that represents them. But a lot of work still needs to be done and we sometimes feel like we’re fighting an uphill battle. That is why we were so ecstatic when one of dapperQ’s favorite models, Ryley Pogensky, was cast in the Barneys New York ad campaign featuring 17 trans* identified models. We sat down with Ryley to discuss race and gender in the modeling industry and his experience modeling for Barneys.

dapperQ: Queer style blogs, including dapperQ, have been criticized for being superficial and consumerist. However, some see them as an important part of our revolution because queer style is often considered to be a form of uprising. What role do you see fashion playing in our fight for equality and visibility?

Ryley: First off, I think that there are two sides of fashion. There are the kids that are breaking their necks; not sleeping; and just throwing their blood, sweat, and tears into their art – their fashion. Fashion to them isn’t about making money or becoming celebrities, but about being able to showcase their art; to get out raw emotion and showcase creativity. Then there is the other, catty, exclusive side of fashion. That, most of us will never touch. I think queer people fall into the first side. They have been pushed out of the mainstream and have therefore created their own spaces. They are doing exactly what they want by their own rules.

I think that fashion is probably the most important part of expression. I mean that in the sense that when you meet someone for the first time, they are seeing you as a person, but are also seeing how you present yourself. You can put so much of who you are into an outfit.

Queer designers have always been fighting; because they are QUEER. Since coming out of the closet they have had to battle society in a way that straight people will never know. I think that emotion can be seen in the clothes that queer designers make. 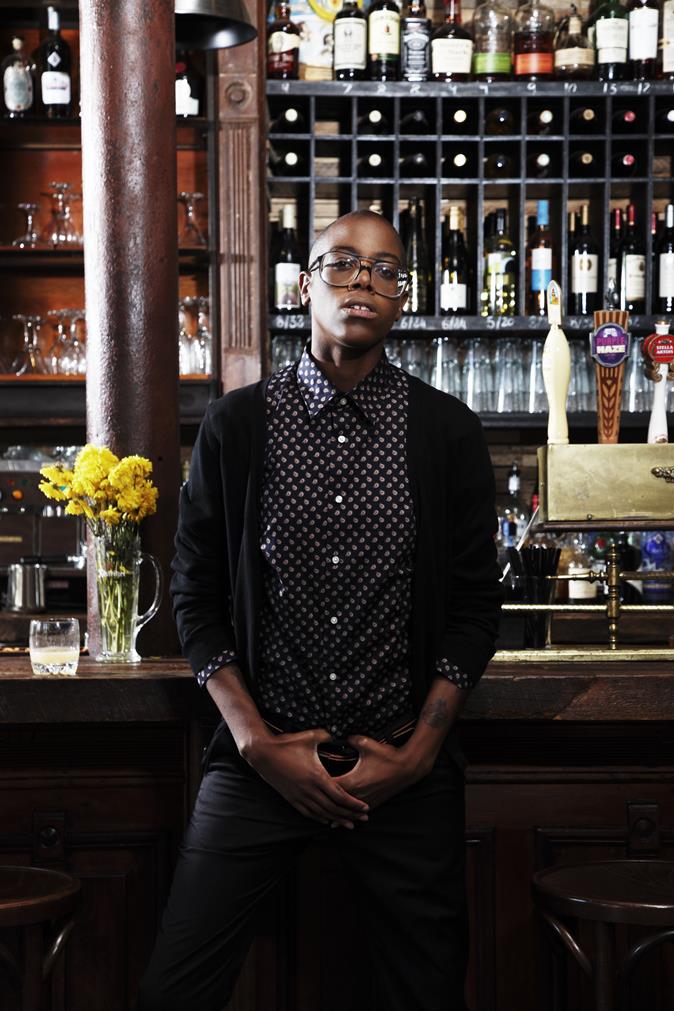 dapperQ: What impact, if any, do you think the Barneys ad campaign will have on trans* equality and visibility?

Ryley: It will have a HUGE impact. When have you ever seen this much transgender visibility? On this big of a scale? Yes we have seen it with one individual, but 17 young people’s stories? It’s unheard of. And amazing. I don’t know about equality. Visibility yes – because we are being seen. Equality comes from people abolishing their ignorance, and that can take a lot of time. But, hopefully, this will hit younger generations who haven’t yet had the time to start hating anyone. 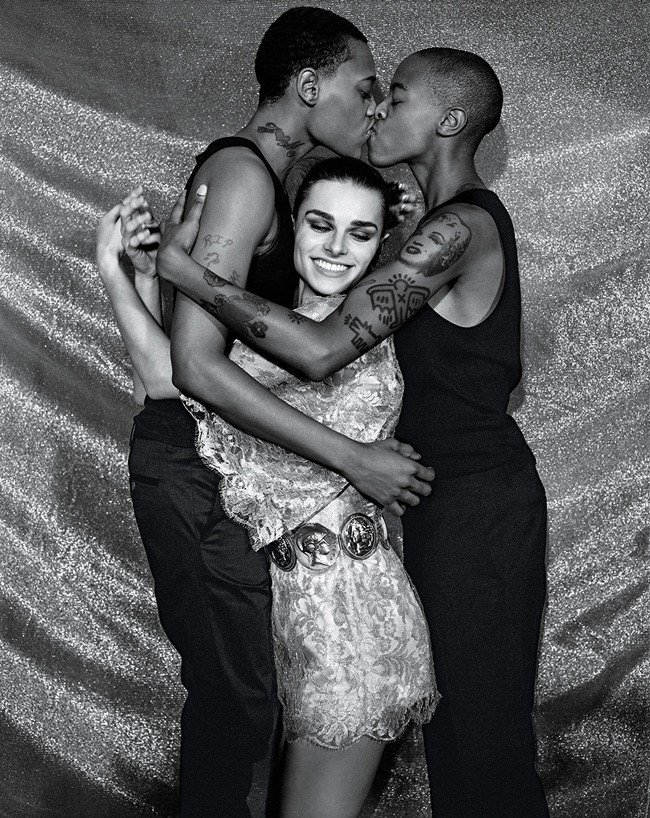 dapperQ: How did the opportunity to model in the Barneys’ ad campaign come about?

Ryley: I was approached by a friend who works for FORD. She was like, “I think I have a perfect casting for you.” Before I knew it, I was meeting with Barneys, and boom, I had it.

dapperQ: What were some of your favorite behind the scenes moments from the shoot?

Ryley: We were on set for a week. So there was a lot of down time. Instead of all of us watching movies or listening to music alone, we would all sit and talk. We all bonded so much, it was amazing. My favorite moments were those moments; learning where everyone had come from, what they had been through. Learning about other peoples hardships and success puts your own life in perspective.

dapperQ: Your grandparents were part of the shoot. How did you approach asking them to be in it and what was their initial response?

Ryley: My grandparents are really cool, like really fucking cool. We have conversations about gender and sexuality frequently. They really want to learn and understand who I am. When I approached them they were just like: Whatever you need. That has been their approach to much of my life. I love them to pieces. 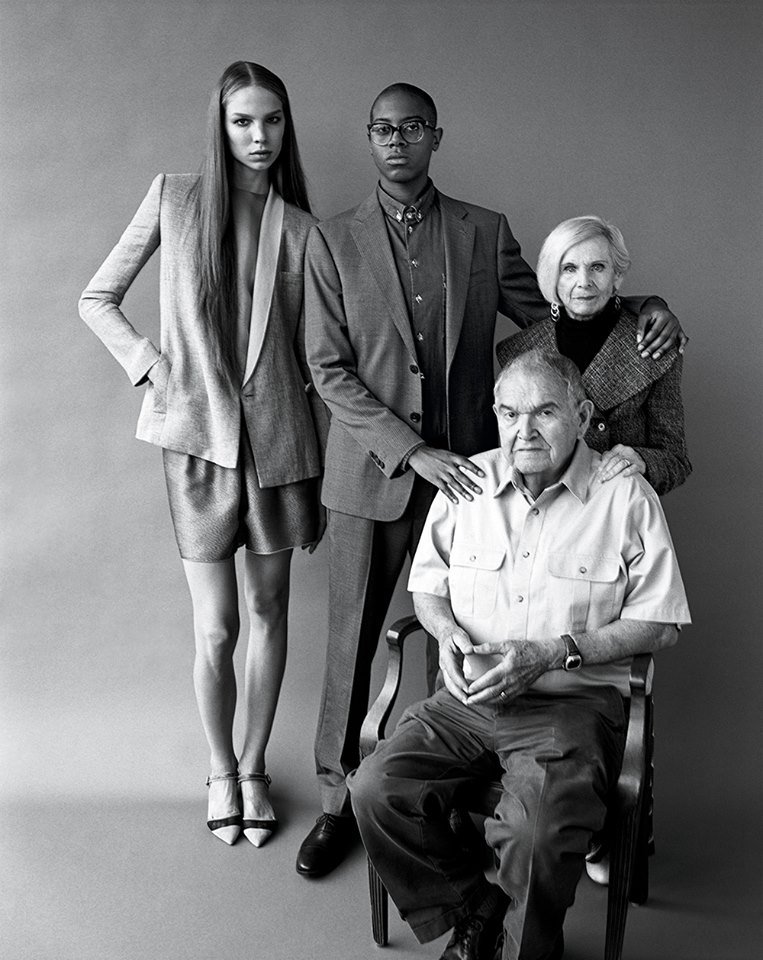 dapperQ: What are some of the challenges that you have faced as a trans* model trying to make it in a cis industry? Do you find that race also plays a factor? If so, how?

Ryley: I am heavily tattooed, fuck with gender, and am black. The mainstream modeling industry really does not know what to do with me. I have been told by agencies that print and commercial ads are where I could find my calling, but that I can’t do high fashion. I really don’t hear the word can’t. I hate that word and think that as a guiding rule whenever anyone says that word to you, you have the right to stop listening. So I did stop listening. I want to model, and I want to be a role model to those who hear that word: “can’t” everyday. Look at the modeling world. When you see black models they are dark skinned. They are so often fetishized. I don’t want that, and I was scared of this campaign doing that with trans* people. It may seem stupid to some people, to fight to be a model. But I want mainstream media and America to see that people like me exist, and are strong, and articulate, and so many other things. Once people see someone frequently they start to realize that while there are differences, that person is no different than them in the sense that they are also just a human trying to make it and find their place in this crazy world. 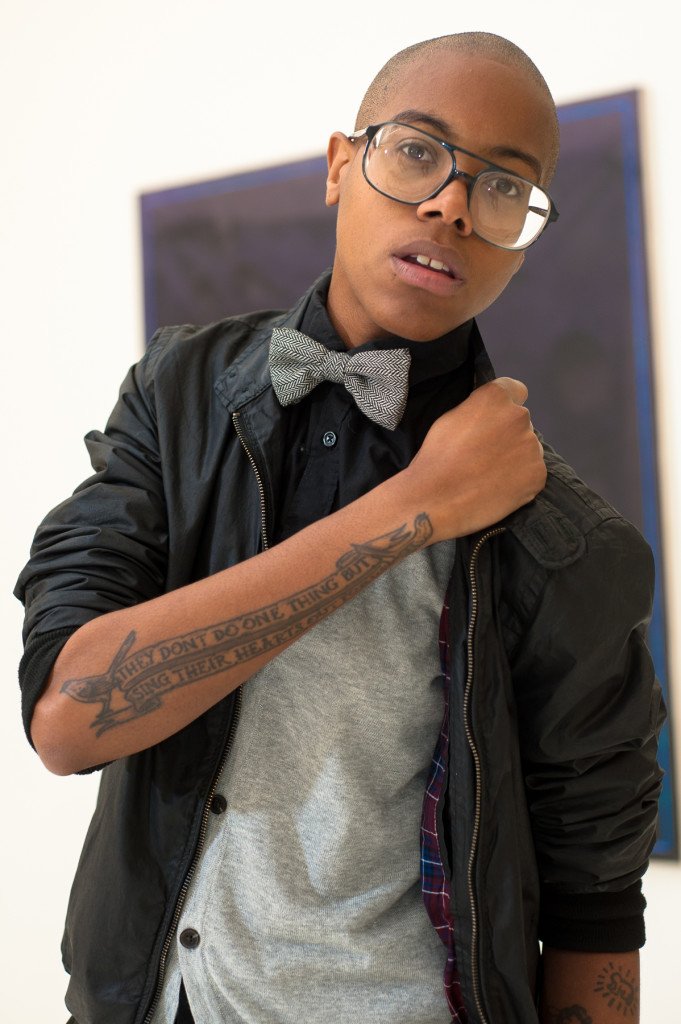 dapperQ:  What can we expect next from Ryley?

Ryley: I am working on a project to document trans* stories across the country. I am first and foremost a writer, and I want the voices of those who feel silenced to be able to be celebrated. I am curious to see what being transgender and gender variant is like in different states. I am also trying my hardest to get signed to an agency. I want it. I just have to convince them that they want me.

Want to see Ryley modeling live on the runway. Check him out modeling Charlie Boy on the catwalk at dapperQ’s 5 Year Anniversary Party and Fashion Show produced by Whitney Day.

Note: Barneys New York is also donating 10 percent of all sales from its 11 flagship stores nationwide and Barneys.com on Tuesday, February 11 to The Center and NCTE. Total proceeds will be divided evenly between both organizations. We greatly appreciate this support and the opportunity to collaborate on such a fantastic endeavor.