It’s best to make a grand, memorable entrance to your own party. To do this, though, one must have an audience. And, one cannot have an audience unless they are fashionably late. Qwear, Posture, Autostraddle , and Time Out New York have all come to the party bringing with them fabulous reviews of the dapperQ five year anniversary bash co-produced by New York City’s top lesbian DJ and event planner, Whitney Day. But, we have yet to post anything about our own event. Why? Fashionably late, but of course! Soon after the event, our Founder, Susan Herr, jetted off to Saint Croix with her beautiful wife, Shannon Lynch. DJ Whitney day hopped a flight for a whirlwind tour gigging in Australia. Our Managing Editor jumped on a train to D.C. to attend a work conference. But, we’re here at the party now ready to give you some never before seen images of the event.

An estimated 700+ people came throughout the night to celebrate our five year anniversary, which featured seven brands showcasing masculine ensembles on 35 models. Legendary drag king entertainer Murray Hill was the event’s MC and one of two honorees. The second honoree was model Ryley Pogensky, who we also named dapperQ of the Year. 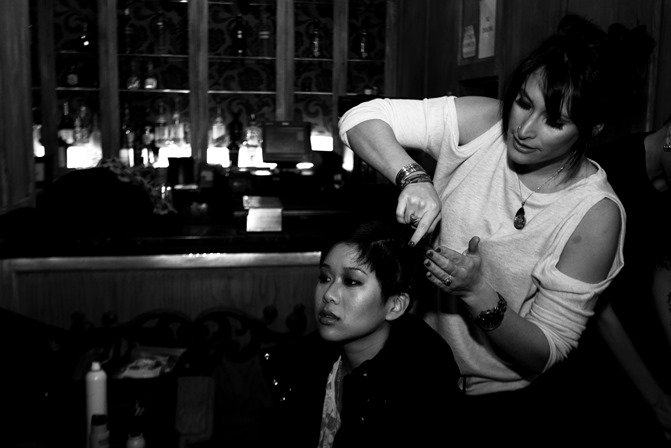 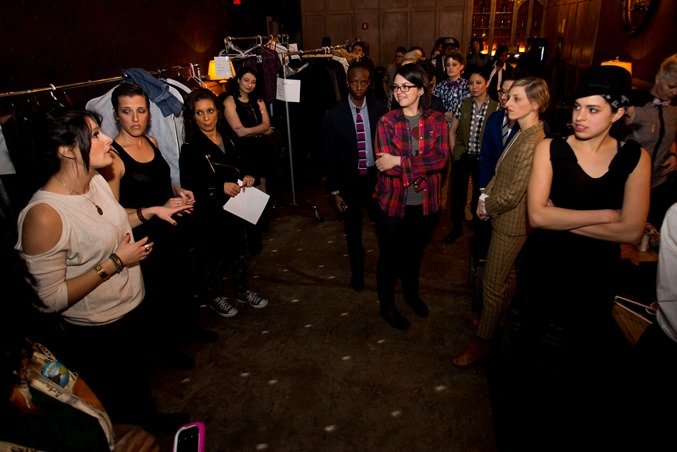 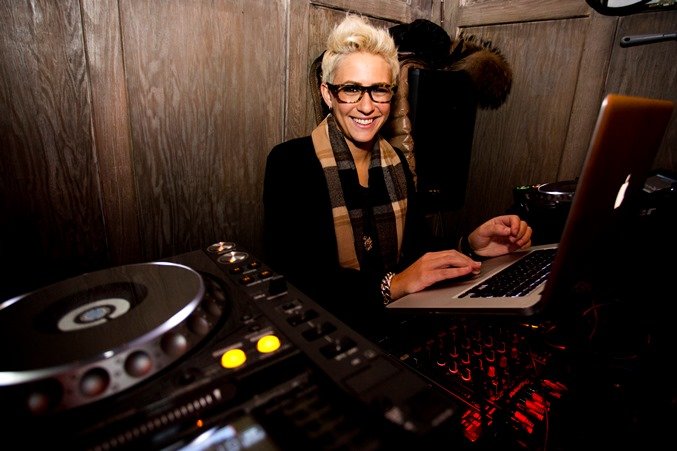 DJ Whitney Day does a sound check before the show. Photo by Vito Fun 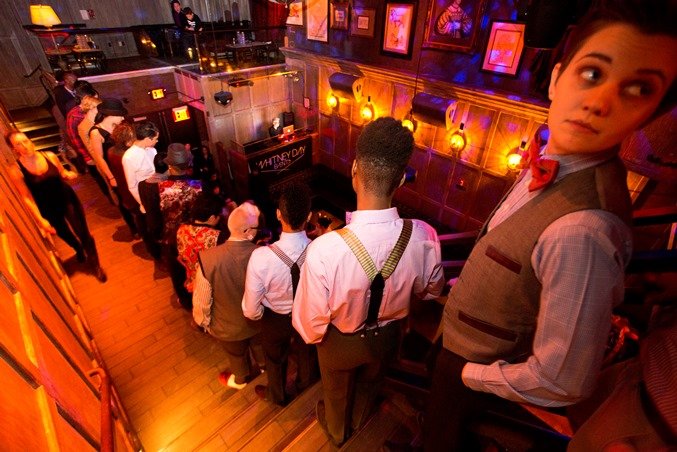 Models line up for their final practice walk before the show. Photo by Vito Fun 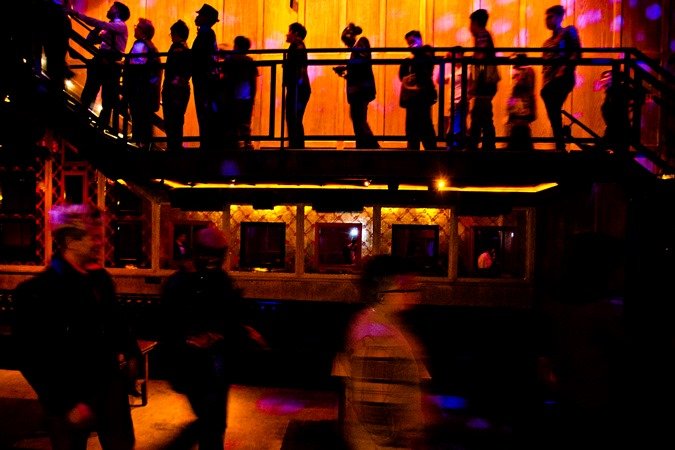 The final walk through. Photo by Vito Fun 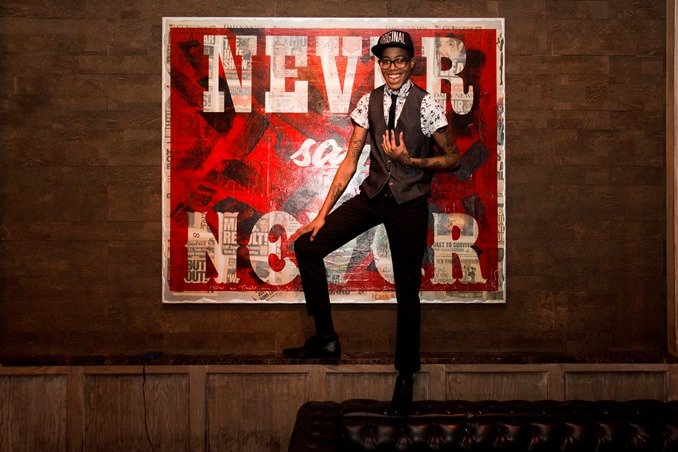 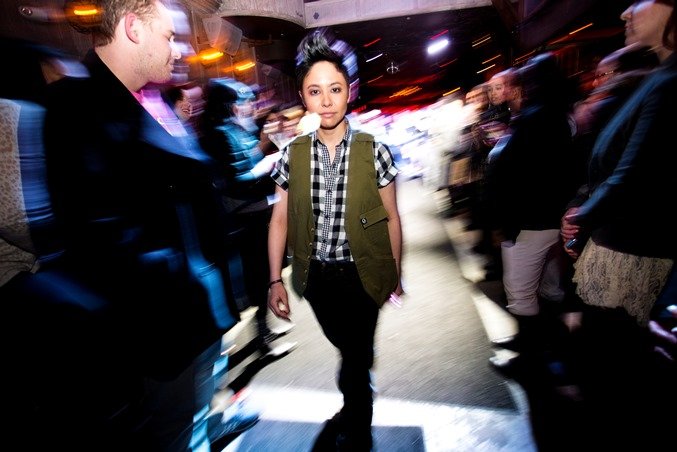 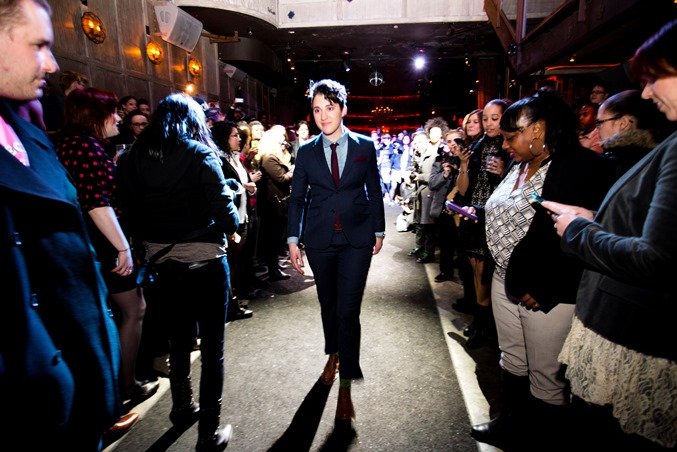 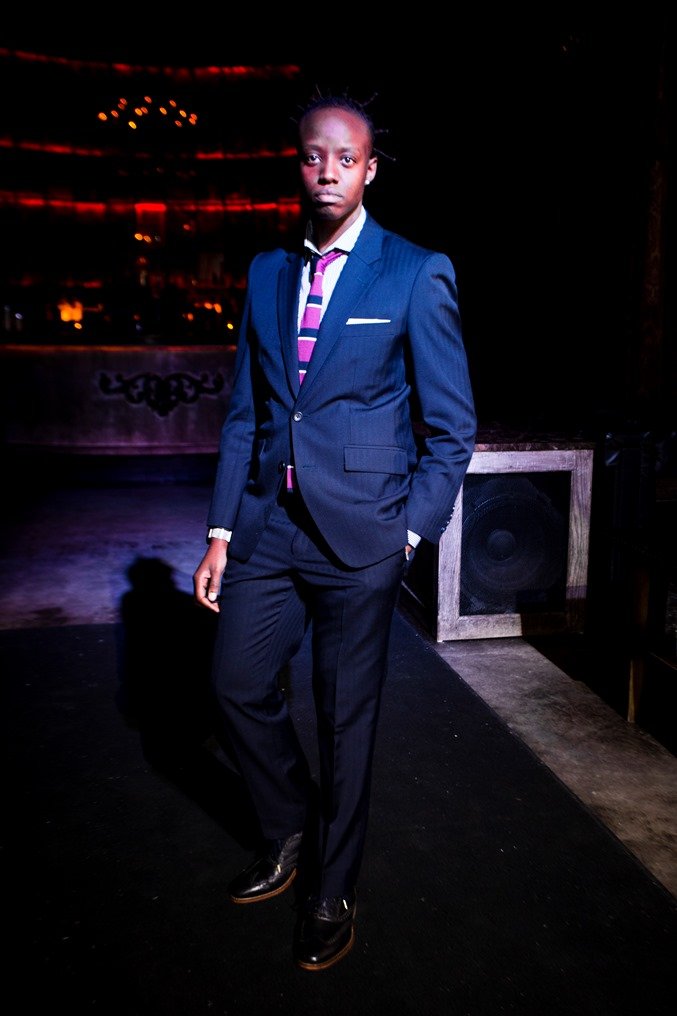 BINDLE & KEEP
During a Huffington Post Live segment on making men’s fashion for the unconventionally masculine, Daniel Friendman, owner of the bespoke suit company Bindle & Keep, stated, “We don’t think about suits in terms of masculine or feminine…We just look at what people want, what makes them feel comfortable, and then we just cut it to their bodies.” Photos by Vito Fun. 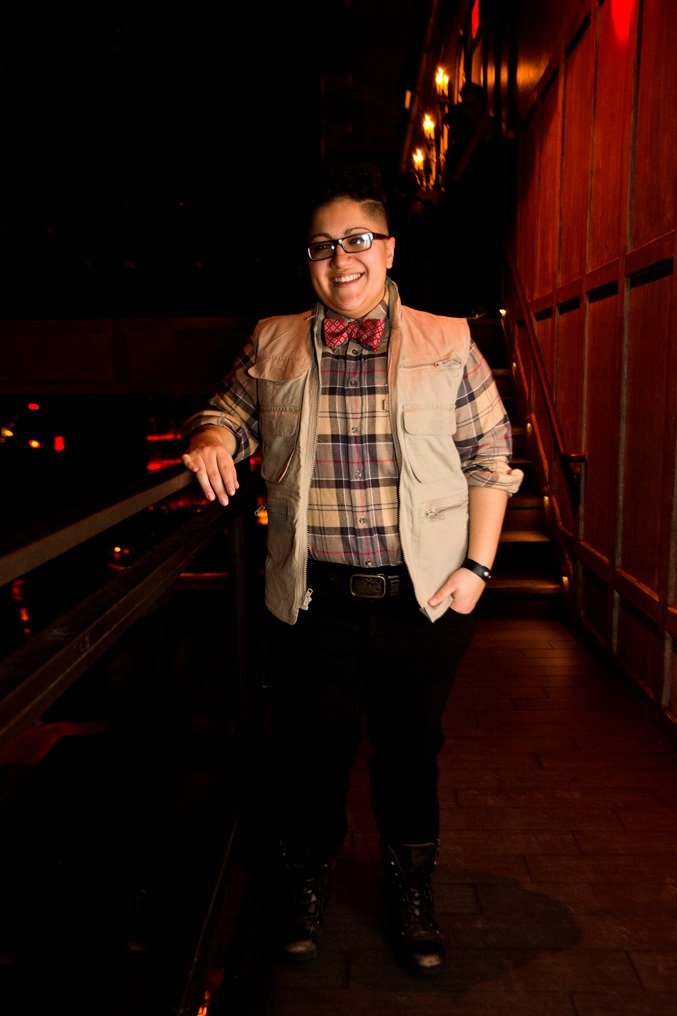 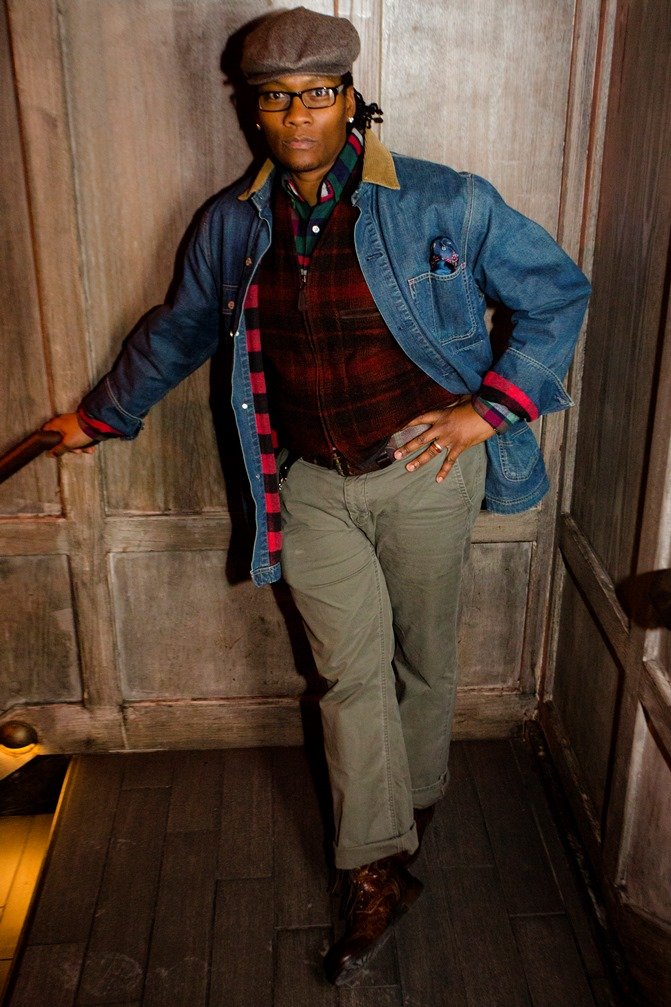 BKLYN DRY GOODS
Ivy League administrator Lea Robinson (bottom) was styled by BKLYN Dry Goods, a company offering thoughtfully executed collections of vintage American-made heritage brands. Bronx bred writer, spoken word artist, director, and Autostraddle contributor Gabrielle Rivera (top), who also wore BKLYN Dry Goods, said of the event, “It took me a minute to own that I’m going to be involved in this, to own my body, my shaky confidence, and to find pride in the amazing way that I’ve been asked to be a part of queer culture and QPOC visibility.” Photos by Vito Fun. 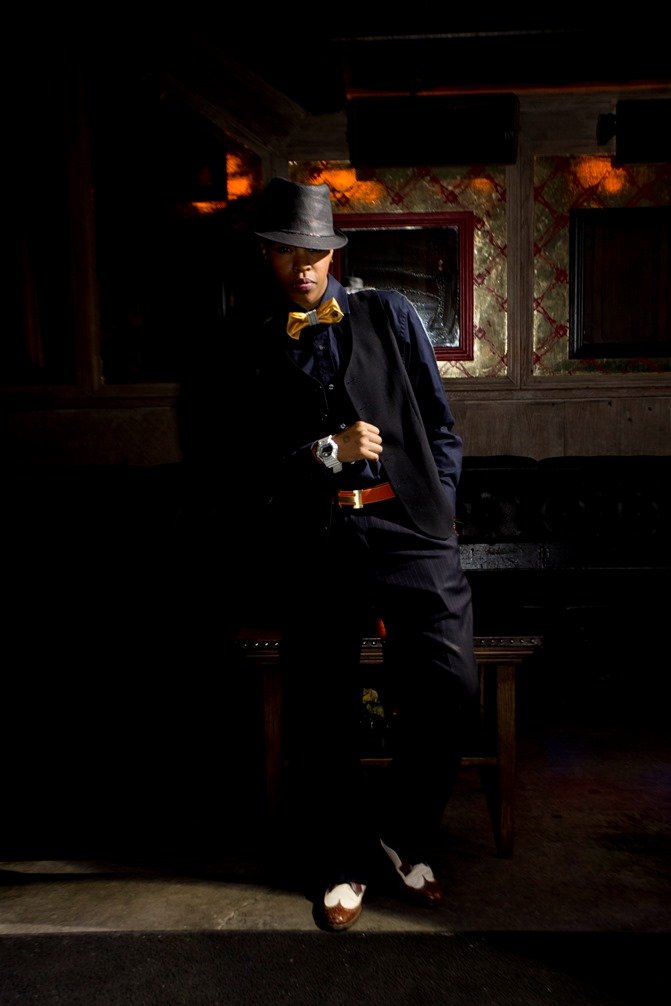 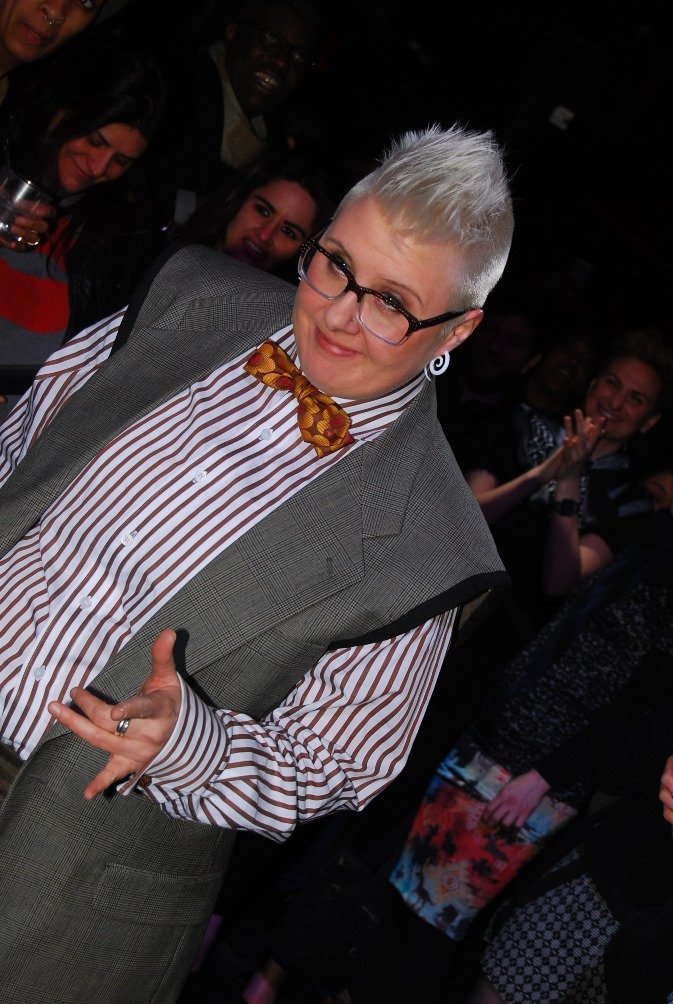 JAG AND CO.
Jag & Co., a clothing company offering bespoke and off-the-rack business and formal attire for all genders, represented with smooth speakeasy style. But, even more impressive: When the one of the model’s ensembles from another brand did not arrive by FedEx due to the snow storm, Jag & Co.’s CEO, E. Jaguar Beckford (Jag), literally took the clothes off her very own back to style the model and ensure that she was able to join her fellow dapperQs on the runway in celebration. Not only were Jag & Co.’s clothes impeccably made, but Jag demonstrated a high level of compassion and professionalism! Top photo by Vito Fun. Bottom photo by Lia Roque. 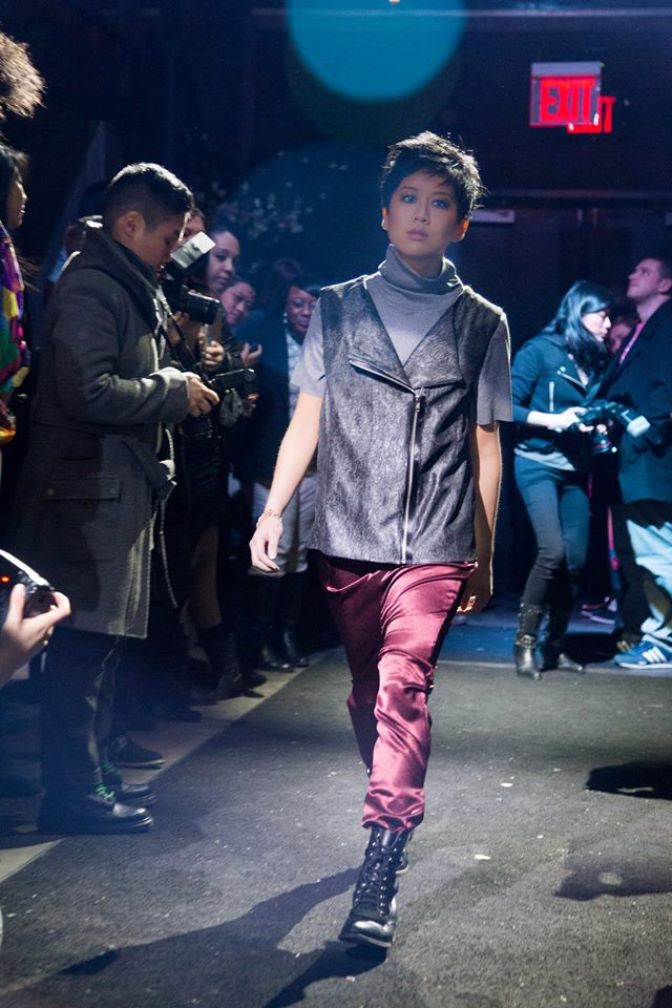 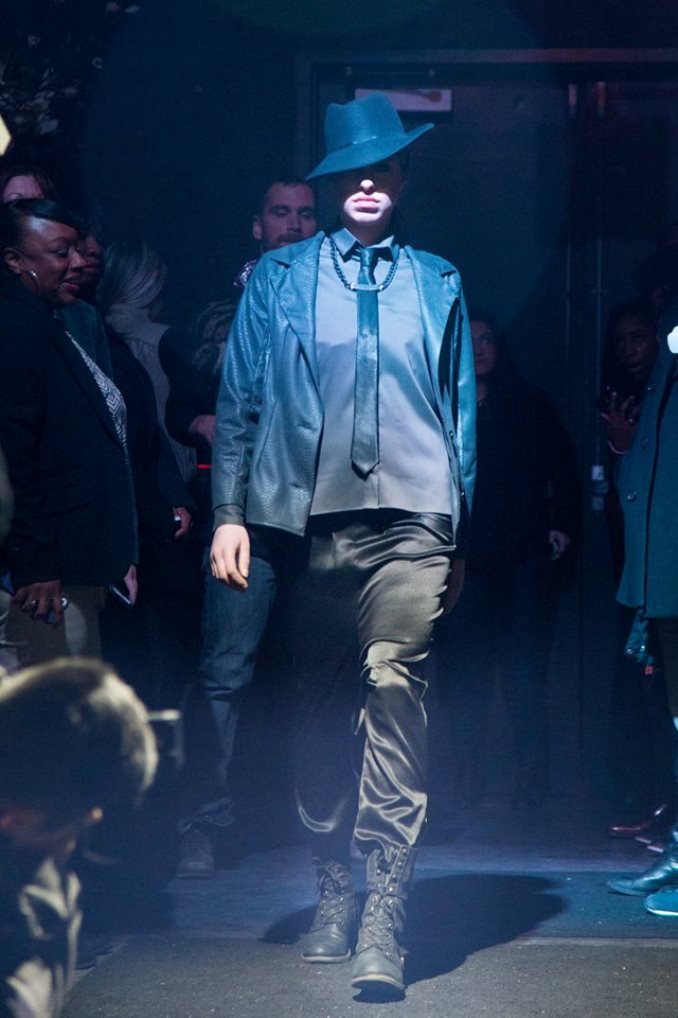 ANGIE CHUANG
Angie Chuang is a new fashion designer who defies convention by breaking boundaries and blurring gender lines with her androgynous aesthetic. Many of dapperQ’s readers dislike dressing up because there are so few options for those who do not fit into the limiting gender binary. Angie Chuang creates alternatives for people who do not want to wear skirts and dresses, but who also feel that traditional suits are too stuffy. Images courtesy Rachel Gianatasio Photography. 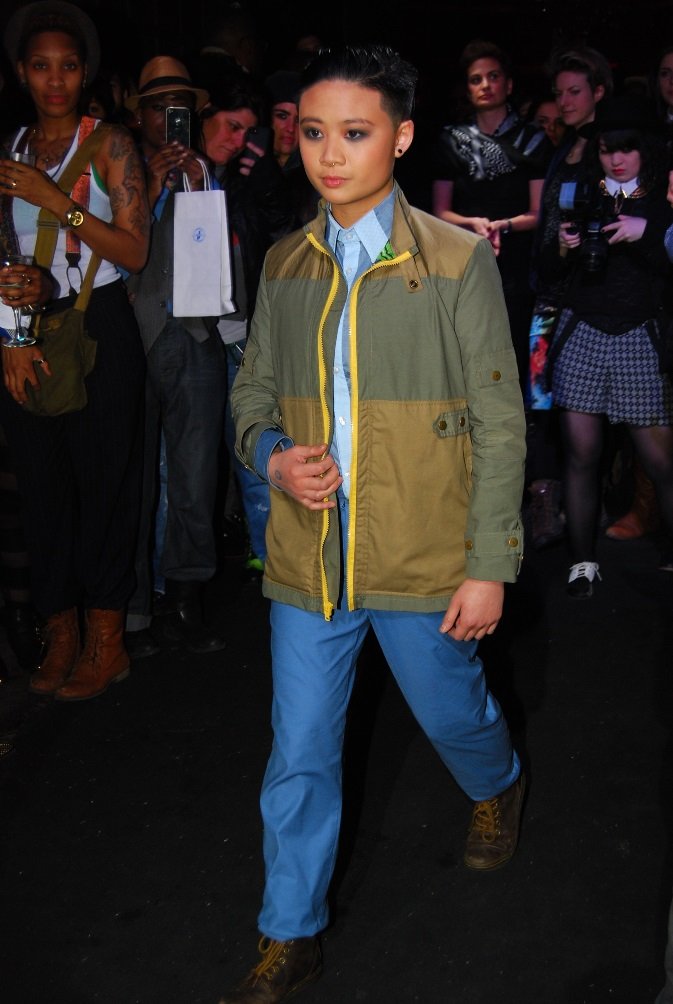 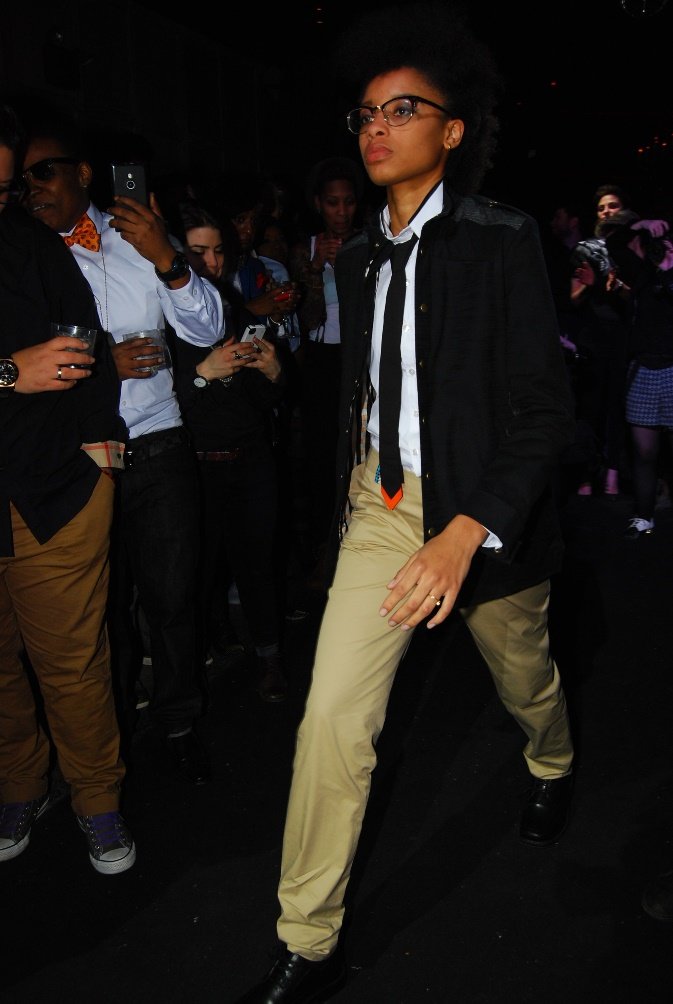 VEEA
Autostraddle contributor Katrina Casiño (top) and model Yandeh rocked VEEA on the runway, a clothier that designs menswear for women’s bodies. No unnecessary decorations, no accentuation of the chest and hip areas – just masculine and androgynous clothing with unique details, like paneled trousers. Photos by Lia Roque. 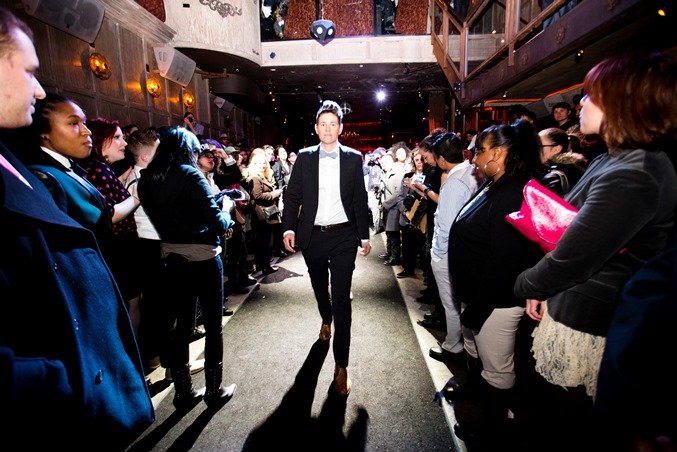 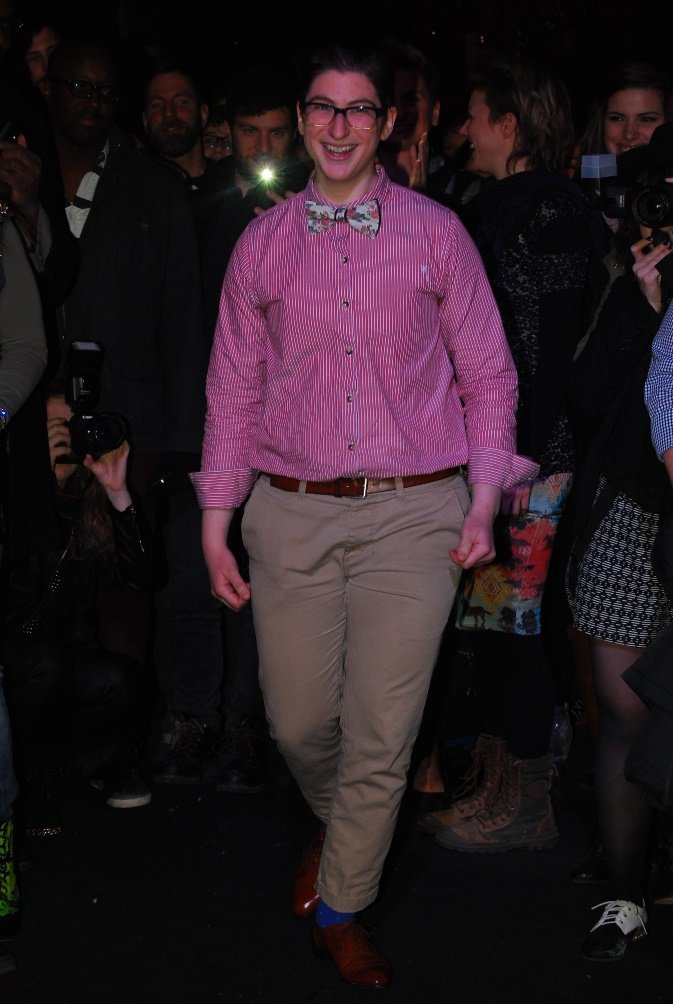 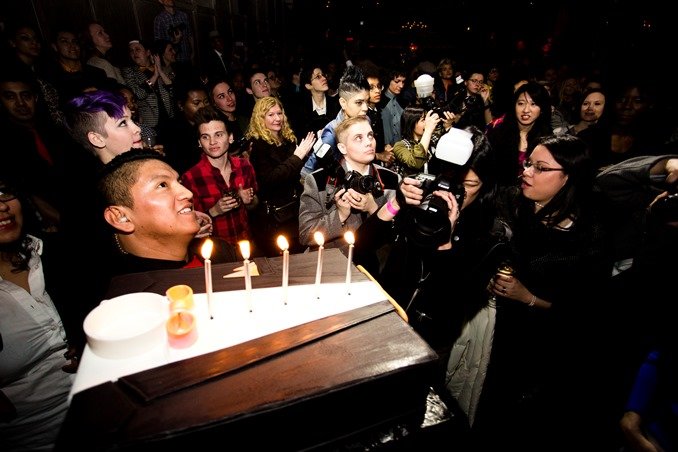 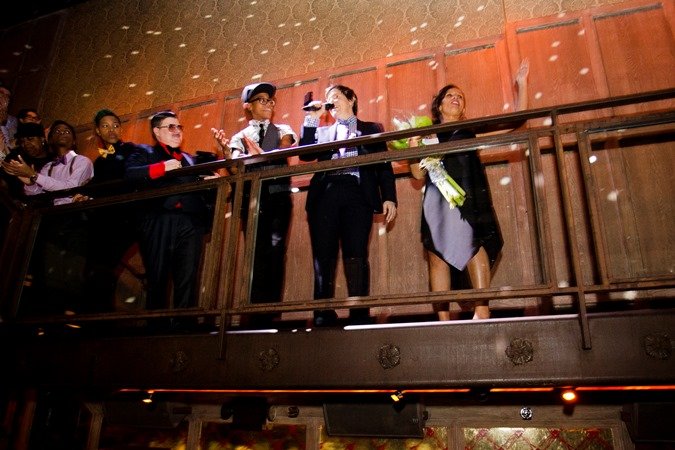 WHITNEY AND THE GUEST DJS THROW DOWN!

After months of hard work co-producing the event, Whitney finally gets to do what she loves: throw down some amazing beats and get the crowd moving. Downstairs (top), go-gos Viva Bodyroll and Boy Georgina shake it to Whitney’s mix. Upstairs (bottom), guest DJs provide some sexy tunes for GayFace’s photo shoot.

ABOUT THE PHOTOGRAPHERS: Lia Roque is a softball and strength and conditioning coach who just loves to share what she sees beautiful through her lens. You can find Lia on her blog, Chronicles of a Single Lesbian, and on her Tumblr. Vito Fun is one of New York City’s top DJs and serves as VICE magazine’s resident fun-time photographer. Rachel Gianatasio is a student at Northeastern University majoring in Digital Art and Interactive Media. Photography is her focus, her passion, and ideally her career!