Recently, a dapperQ contributor submitted a post about queer hair that was nearly devoid of QPOC styles. Our Editor in Chief, Anita Dolce Vita, responded with her take on the submission, along with several examples of her favorite masculine QPOC hair styles and cuts. Anita also promised to reach out to dapperQ contributor T’Kay, a QPOC and self-identified butch-queen who styles her own hair, to ask for her recommendations on styles for afro-textured hair for those who, like T’kay, also embrace both masculine and feminine style. Here’s T’Kays response:

While I could go on and on singing Kumbaya, explaining that everyone should be accepted in every space, I am a strong believer in POC spaces. This does not mean that I’m against inclusivity, but that inclusivity needs to be tethered with an analysis of power negotiations and representation. For example, in the context of this piece’s opening joke, it means recognizing the fact that black people feel like they don’t belong and are told their hair is too ‘tough’ in most white salons. If that discomfort can be reinterpreted in a subversive manner, it means that white people should embrace the discomfort they feel in POC salons and remember it’s not about them. It just means what it means and because I’m too fabulous to be bothered, here are some reasons for POC spaces provided by a QPOC on Autostraddle.

As I mentioned in my last article on hair, I am primarily my own hair stylist. This started off with the lack of affordable loc stylists in Winnipeg, where I resided, and grew into an empowering relationship with my hair. Over the past years, I have had a few sets of hands in my hair, including those of ex-partner who has been a natural hairstylist for over a decade. Although I refuse to relinquish the power I feel from being my own hairstylist, I encourage everyone to find a good stylist for the reason that I had —a good stylist will teach you more about your hair.
While I’m in the sharing mood, I would like to share a few hair trends I’m sure will inspire you. 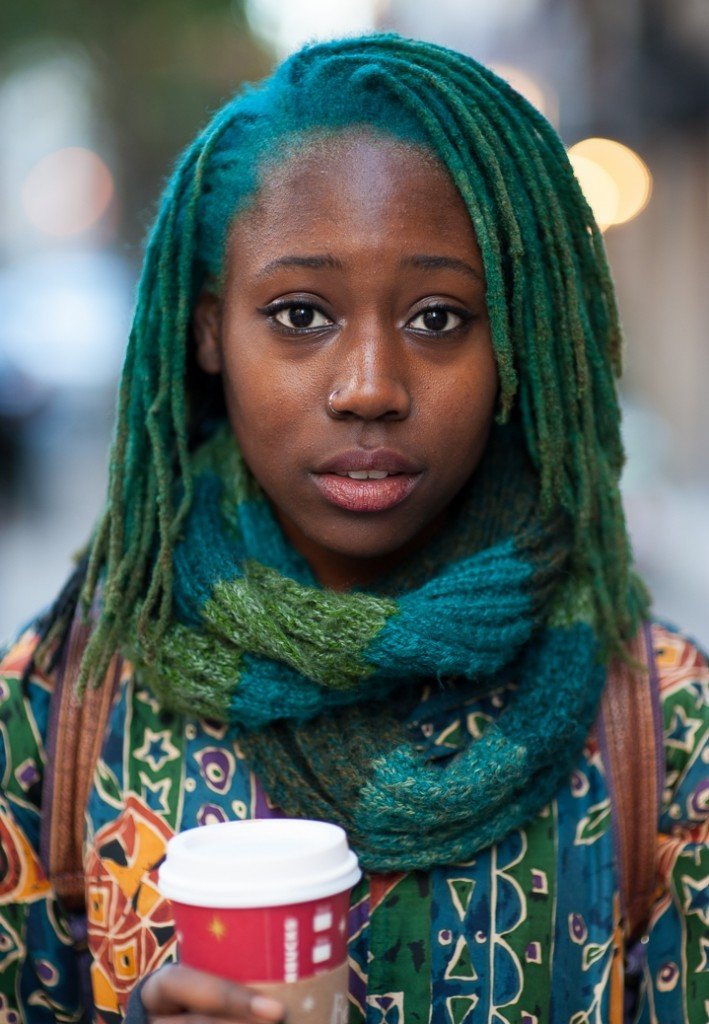 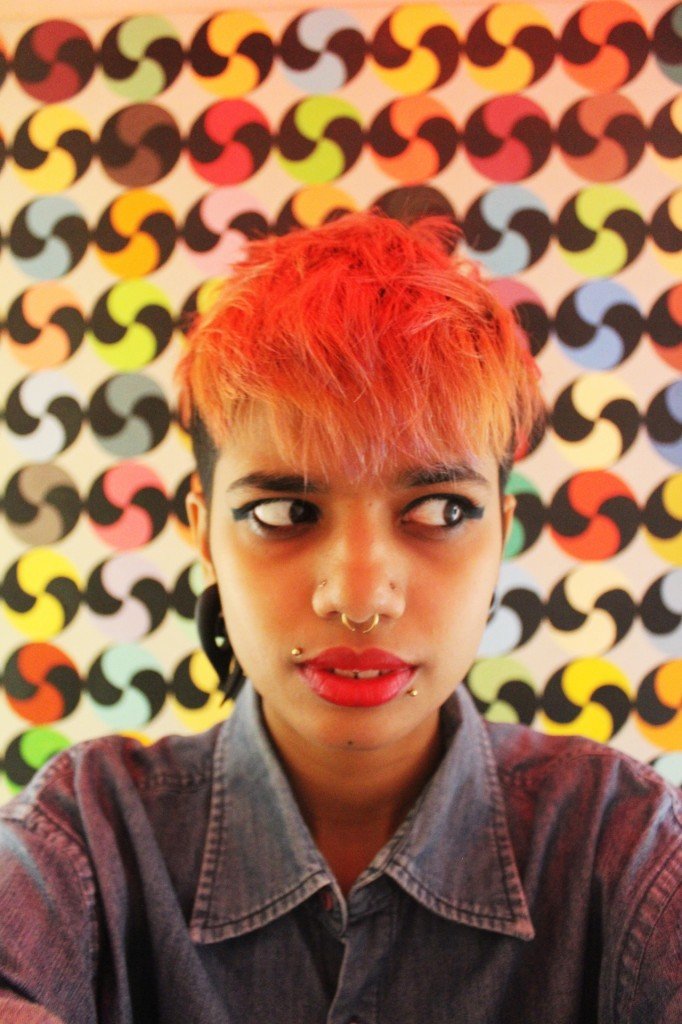 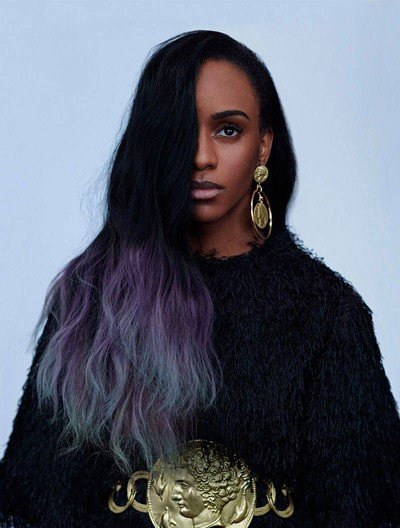 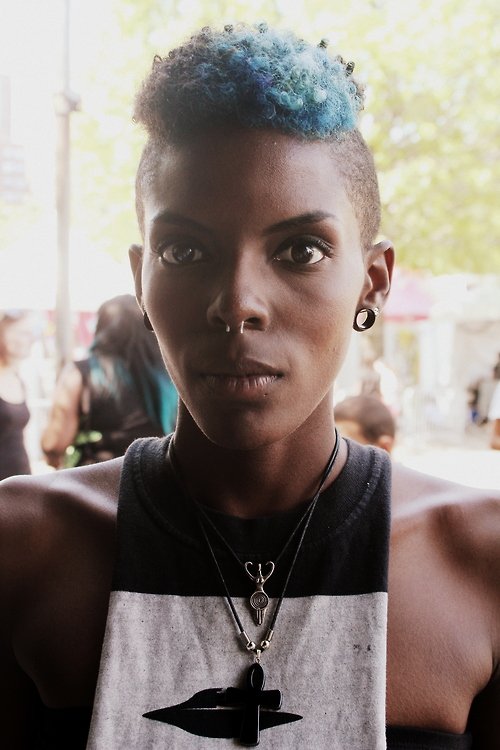 The first time I fell in love with today’s trendy dye jobs, I was walking through in Kensington Market in Toronto. A tall black girl draped in black was rocking a bright aqua green mane. The color combination looked wonderful set against the summer sky. I’ve come to love the dyes and ombres even more since I moved to my new home in Brighton, UK. With the most popular colours having a marine palette, dye jobs can accentuate an outfit much like any accessory. For people who are a bit skint/broke, there is an option for a temporary dye job. The YouTube tutorial below should help you sort yourself out.

Unfortunately, when using chemical dyes (in lieu of a henna dye), we are exposing our hair to some damage. It’s wise to keep your hair conditioned and moisturized. For people with locs, if your hair is mature and fully locked, you should not be afraid to condition your hair. There are different schools of thought on this, but I noticed using conditioners and conditioning sprays reduced dryness and brittleness. It is very unlikely that conditioners would loosen mature locs. 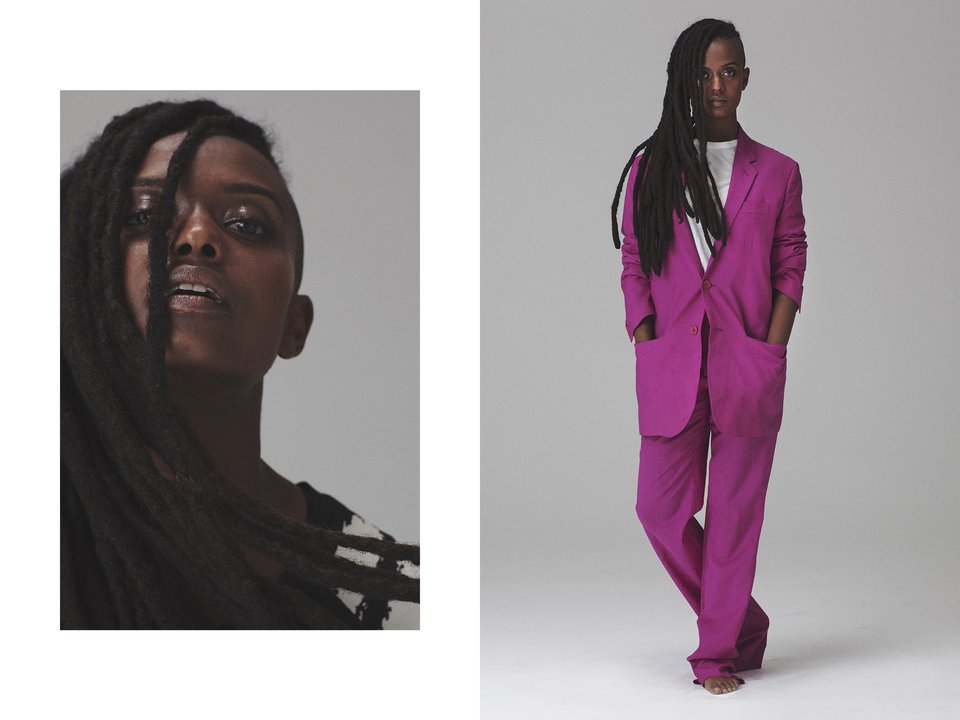 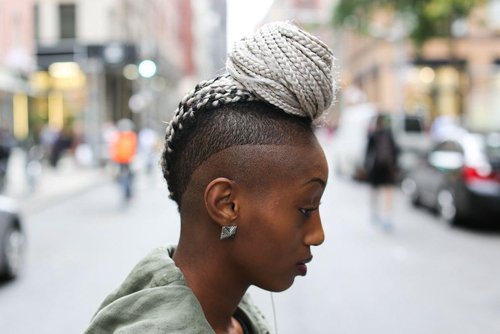 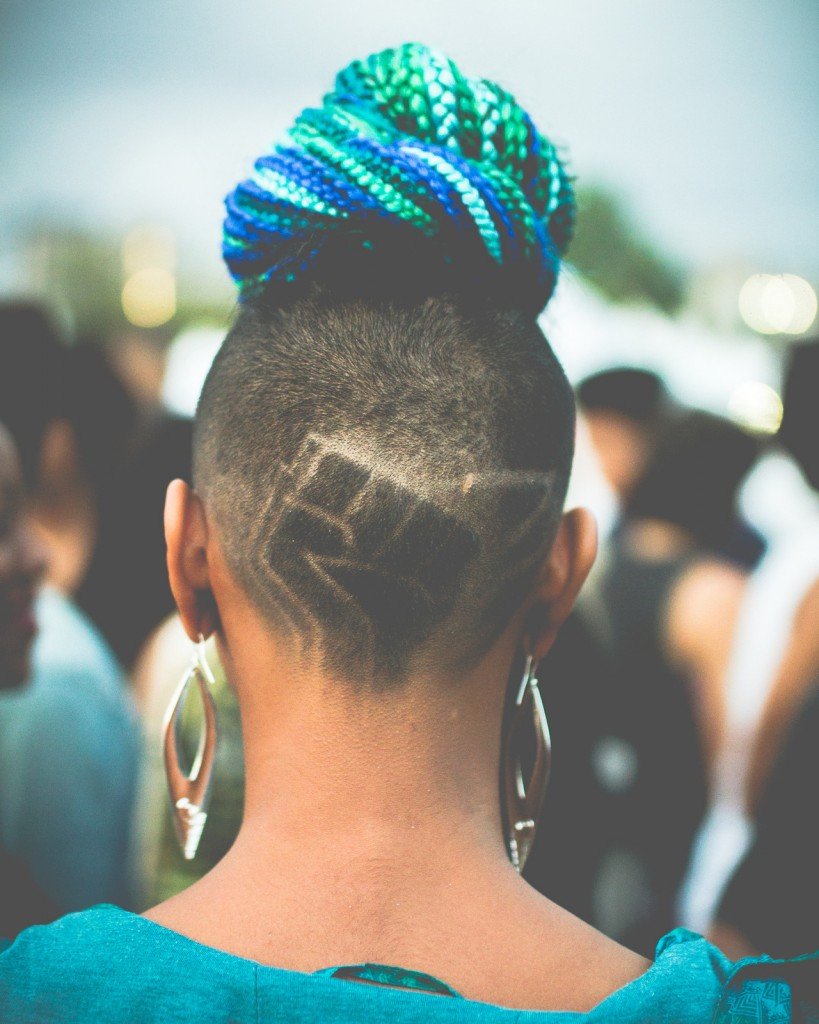 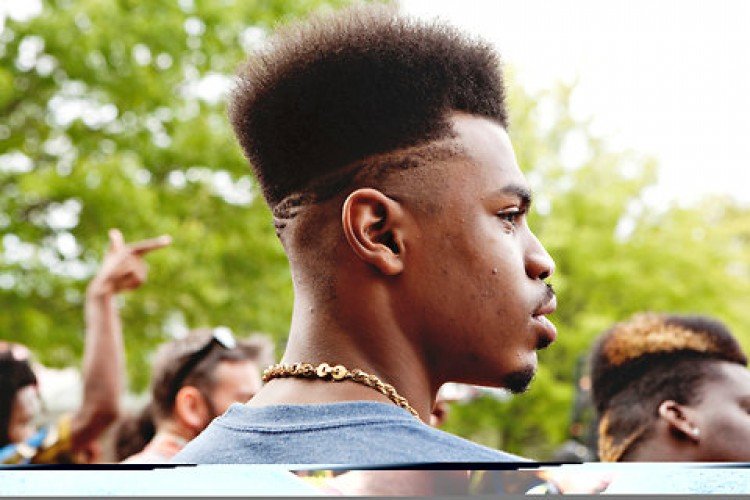 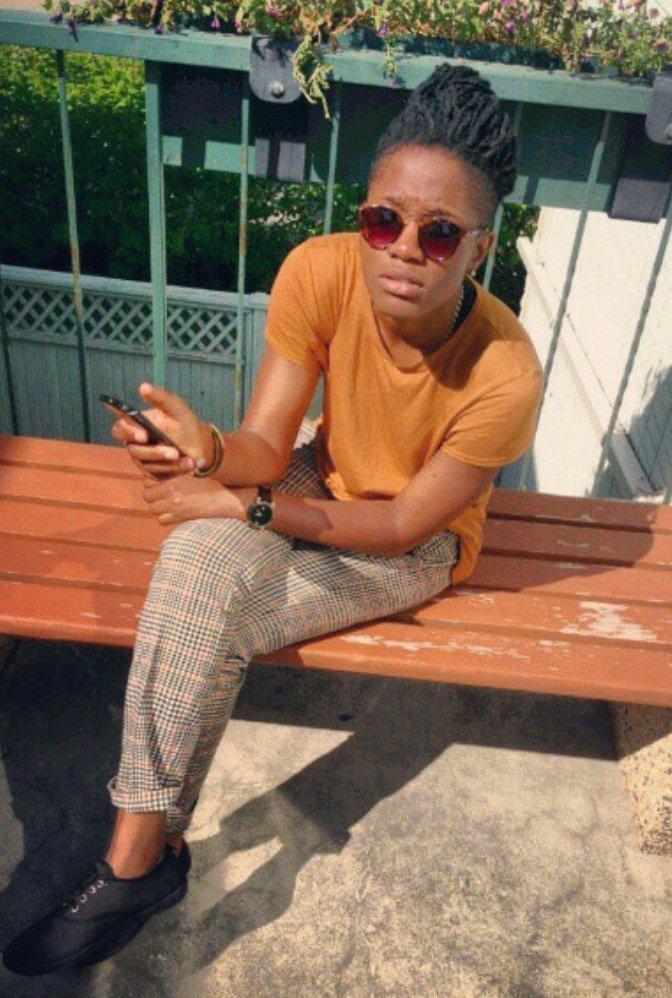 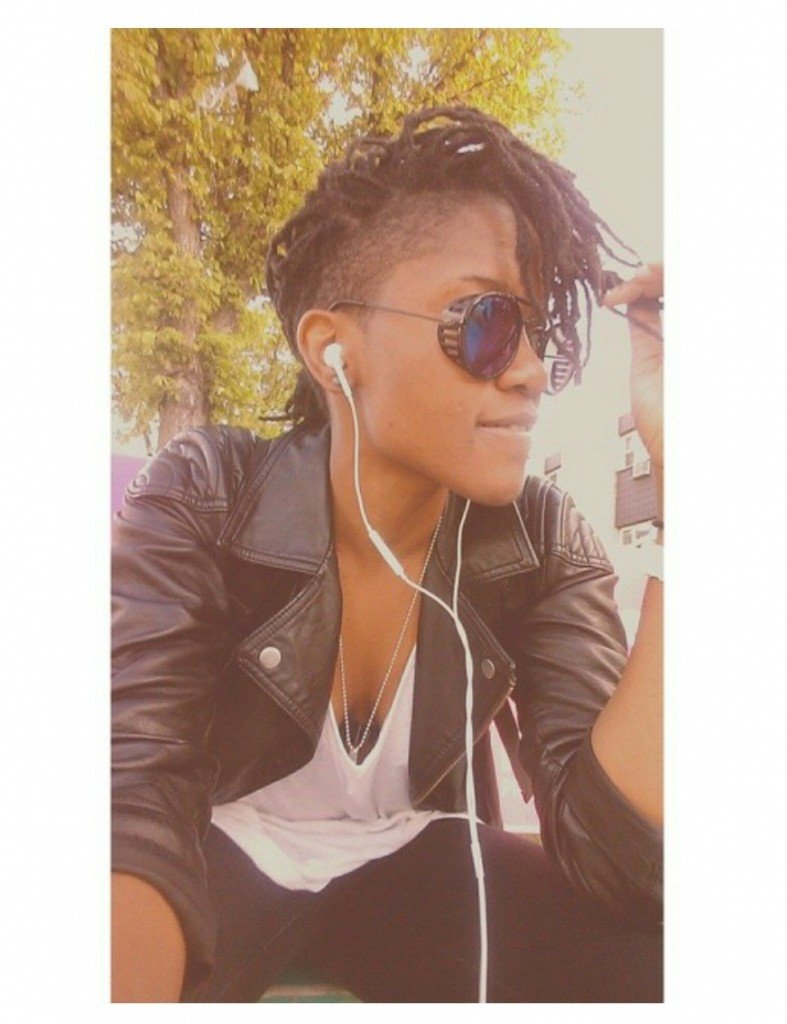 It’s no doubt that undercuts have been the “it” hairstyle for a while now. I have been rocking one for the past few years. All it takes is a bi-monthly touch up—depending on how fast your hair grows—and some creative patterns once in a while to switch it up. While my undercut started off as faded locs, I have enjoyed having to re-twist less locs than a full head of hair would require. Also, I get to sport a killer undercut ponytail from time to time. Anyone contemplating an undercut needs to think of how to grow out the sides of their hair. Although I am quite comfortable with my hairstyle, if I ever wanted to grow out my undercut, I would wear my hair down, covering the sides as they grow. Over time, I may add some twists on the side, using natural-looking or loc extensions. I find that Marley braids work quite well when they are loose. If you have a good stylist they, can wrap up the Marley braids into quite realistic loc extensions. For those who would rather gain a few muscles from braiding their own hair, watch the YouTube tutorial. Below the tutorial are my pictures with loc extensions in 2013 and a more recent one of myself without extensions. 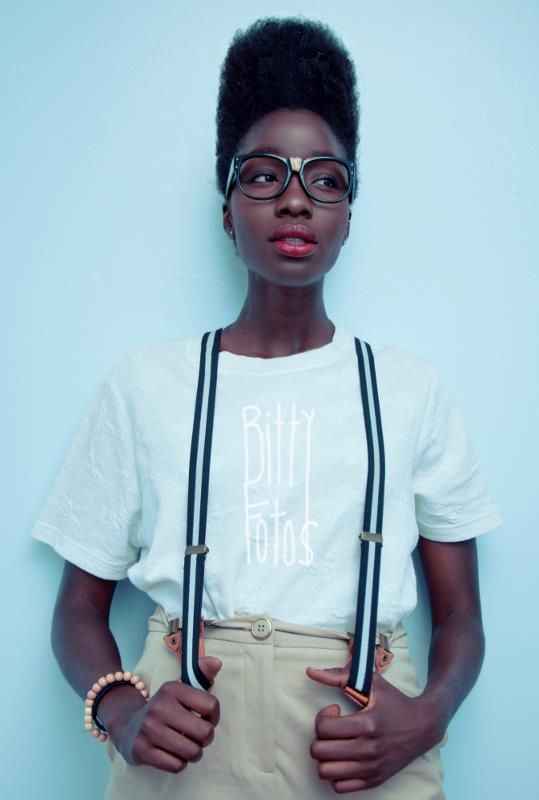 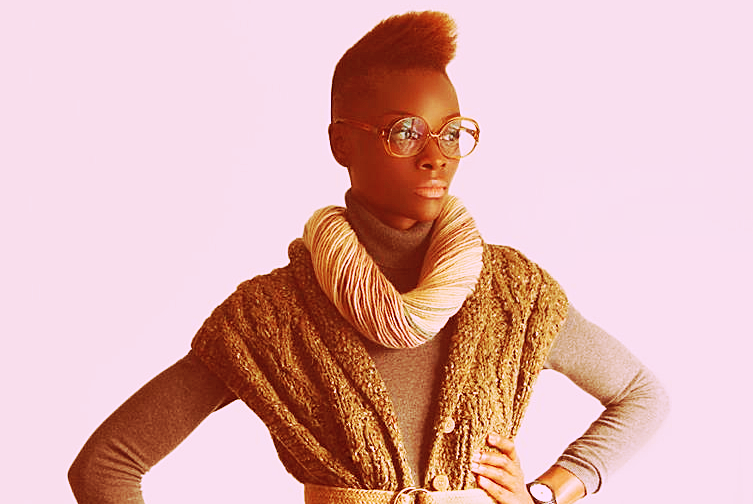 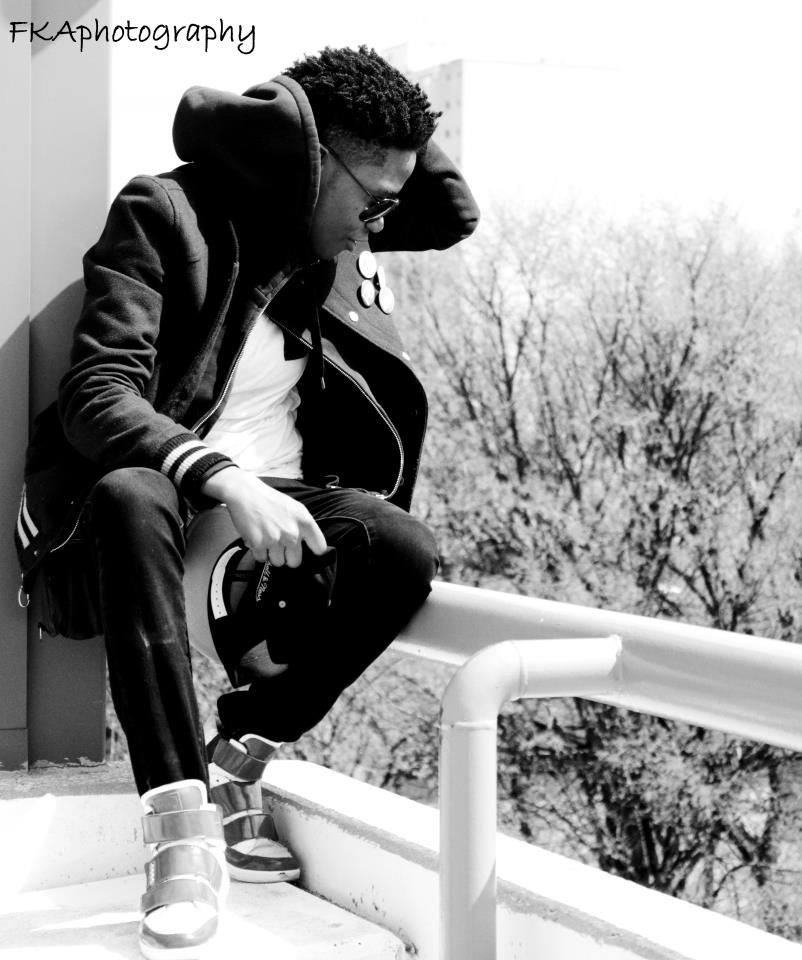 Fades and frohawks come as honorable mentions because they are such classic styles. Given that more people are becoming comfortable with short sides, contemporary frohawks have shaved sides in lieu of cornrowed frohawks. With the growing popularity of musician Isaiah Rashad, faded locs are also gaining a comeback from the 90s. Although I started my locs with 2 strand twistouts, there are many ways to start locs depending on your hair texture. I helped my younger brother start off his locs using the rat-tail twists. His hair is almost the same texture as Isaiah Rashad’s and mine. For really kinky hair a simple twist with locking wax or gel should work. Now that my locs are more mature, I prefer to use gels. For looser curls, interlocking may be the best bet. Remember that it takes a while for baby locs to become fully locked. For this reason, your locs may not look perfect. Don’t over or under-twist. Only twist your hair when it’s damp to avoid breakage. Finally, be patient. 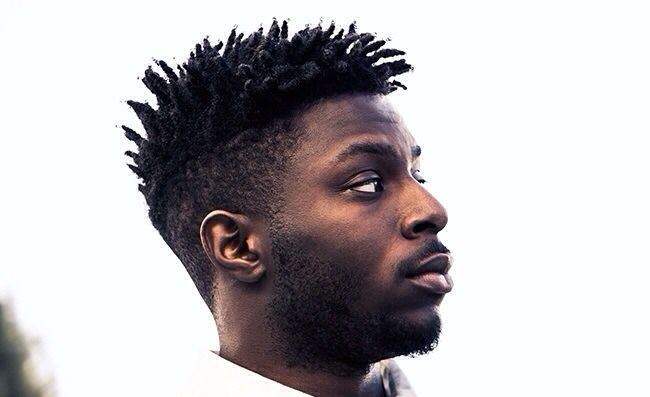 With all the policing of POC hair, it’s quite hard to keep the relationship with our hair healthy.  Simply keep in mind that your hair is yours—it is your crowning glory. Treat it right.

Written By
T'kay
More from T'kay
After a long run of inspiring its viewers, The GAQ (Gang’s All...
Read More