Welcome back to Fashion Rocks, a series that celebrates dapper musicians across the globe. This week we’re featuring DJ Robi D Light, a New York based DJ. DJ Robi D Light has some amazing gigs coming up, such as spinning We Are Brooklyn Pride at Verboten, a venue known for having one of the best sound systems in the world! So, we sat down with to talk fashion, music, and what fans can expect next. *Photos by Kristen Zwicker.

RDL: I was born and raised in St. Louis, Missouri. I used to have this beautiful, gray 88’ Dodge mini-van that I coined “The Par-tay Van.” I bought it from an elderly couple and it was immaculate; it had plush, velvety bucket seats, a shiny vinyl dashboard. One day, on a whim, I packed it with all of my belongings and headed for the Big Apple. That was in the winter of 2009. I’ve been living in Brooklyn ever since. When I first arrived, I worked all sorts of odd jobs until finally landing a position working with computers. Last year, I left that job to pursue a career in music. Best decision I ever made.

RDL: I bought turntables and a mixer in 2008. I was mostly curious about the whole process; I also had a lot of free time. A buddy of mine loaned me a book called “How to DJ Right: The Art and Science of Playing Records” by Frank Broughton. I read it multiple times. It helped me out a lot, especially with set structure and the overall experience of DJing, which I still find very fascinating. But my real instruction came from Youtube. A quick Google search lead me to this DJ in London called Ella Skins of djtutor.com. This guy had uploaded tons of tutorials breaking down everything; I mean everything. What the book had explained in an academic way, he came along and explained with diagrams, props, math, comedy skits, and most importantly, records. He played lots of records.

For a while, I was the quintessential “bedroom DJ.” I played my first “set” for my mother, baby sister and brother. They were–underwhelmed. The first time I played for people who were not my family was in 2010 at a cafe in Clinton Hill, Brooklyn. 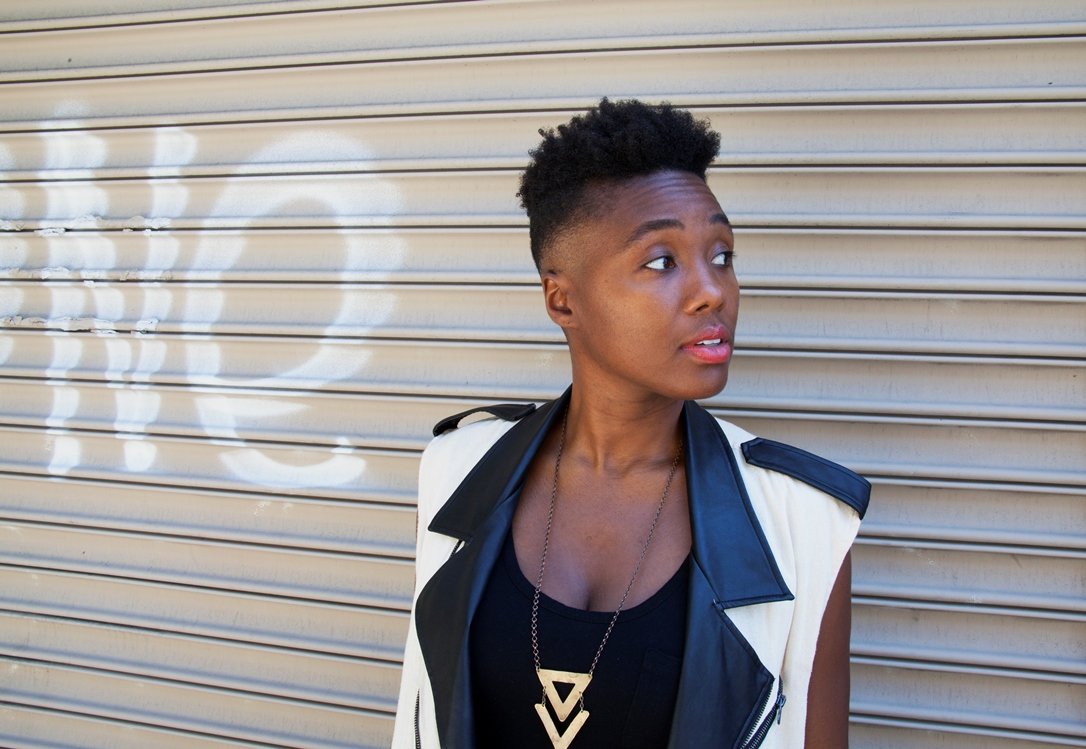 RDL: Well, I’m still evolving. I’m always listening to DJs I admire for inspiration. Luckily, New York is full of amazing DJs. I went to hear Natasha Diggs recently and was blown away. How does she do it? How did she get all of us in that giant room, of all ages and races, going nearly insane in little over an hour? When I first started performing live, I would plan for hours and hours before the gig. Over time, I realized that level of planning and preparation was actually detrimental. I do not think the DJs I admire plan every little thing out. How can you? It’s impossible. This doesn’t mean I don’t practice because I do, absolutely. But I do not plan anymore. There is a difference. Practicing keeps you technically sound. Planning prohibits you from takings risks. I don’t want to be a DJ who doesn’t take risks. I like to think my sets are all the better for it.

RDL: Currently, I’ve been incorporating a lot of disco into my sets. I play a lot of corporate retail gigs these days, which is mostly Top 40. With a little disco, my sets remain upbeat for the shoppers and funky for me.

dapperQ: The relationship with the audience is important for a DJ. How do you balance between giving the crowd what they want and staying true to your artistry? Do you believe in “reading an audience” – and how do you put it into practice

RDL: I really love this question. Yes, I believe in reading the crowd, and it is my first priority. Like beatmatching and song selection, understanding your audience is a skill, and let me tell you, it is not easy to master. As much as I’d like to show up and play all these super cool, weird, eclectic songs I just found, I really can’t. I’m not one to settle into my gig until the crowd is with me. And most audiences I play for like to hear familiar songs. That said, on a typical night I try to look around to see who the “party starters” are in the room. It could be one person bobbing their head or a small group of folks with a fun, upbeat vibe. I try to cater to them first by playing those familiar songs so they can sing along, reminisce, get excited, all the while spreading that positive energy throughout the room. Once that happens, I can start to experiment, trying out some new ideas and music, listening to what works and what doesn’t. But I have to have the audience with me first. It’s no fun otherwise.

RDL: With fashion, I’d describe my personal style as fun, symmetrical, and minimalistic. Yes, I think there is some overlap between my interpretation of fashion and what I include in my sets. You probably won’t hear me spinning super dark tracks. That’s not really my personality. I do wear a lot of darker colors though, because I think it’s a sharp look, but I always try and compliment it with a bright color. I think the need to include brightness within my personal style is very much tied to my temperament. I’m pretty jovial, and I also love high frequencies. There is a connection between the two. When a handclap or a high hat enters a song, I feel complete. Gospel house anyone? 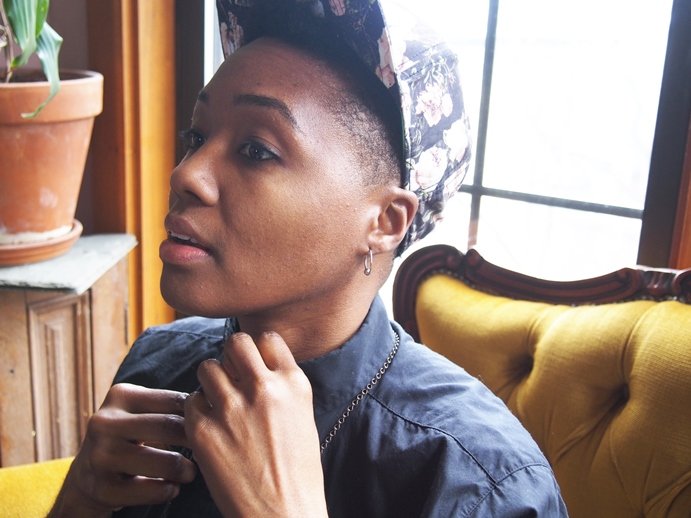 RDL: I’ve had a significant shift in color. I used to really enjoy wearing colors of the American southwest. Lots of burnt sienna, browns, forest greens; I was really living up to my Taurus earth sign. Nowadays though, it’s mostly black, white, and darker blue, with pops of pink or yellow. Oh–but I make one glaring exception with regards to color, and that is with tank tops. Since my skin is dark chocolate, when summer hits I like to wear blindingly colorful tanks. I love the contrast. I think it’s fun.

RDL: I look to Janelle Monáe and Grace Jones. JD Samson has great style, too.

RDL: Do my sneakers count? I have a pair of black and hot pink Adidas. They make everything better.

RDL: I’m super excited to be spinning for Brooklyn Pride’s Awards Ceremony and Reception on Monday, June 8th at Brooklyn Borough Hall as well as Whitney Day’s “We Are Brooklyn Pride Party” on June 13th at Verboten. After the summer, I plan to focus more on producing because eventually I’d like to customize my sets to include songs that I write. I have a production partner. Recently, we released a remix of Tegan and Sara’s, Closer. I’ve been playing it out and it’s the best feeling. More are on the way!