This fall marked dapperQ’s third consecutive queer style tour hosted at world renowned cultural intuitions. In 2014, dapperQ’s queer style tour featured a San Francisco Pride runway show at the California Academy of Sciences followed by our inaugural fashion show at Brooklyn Museum, (un)Heeled.  2015 brought dapperQ’s VERGE tour, which was showcased at the Montreal Fashion and Design Festival, Brooklyn Museum, and the Institute of Contemporary Arts/Boston. This year, we are honored to have presented our third tour, iD, at Brooklyn Museum and the Institute of Contemporary Arts/Boston. 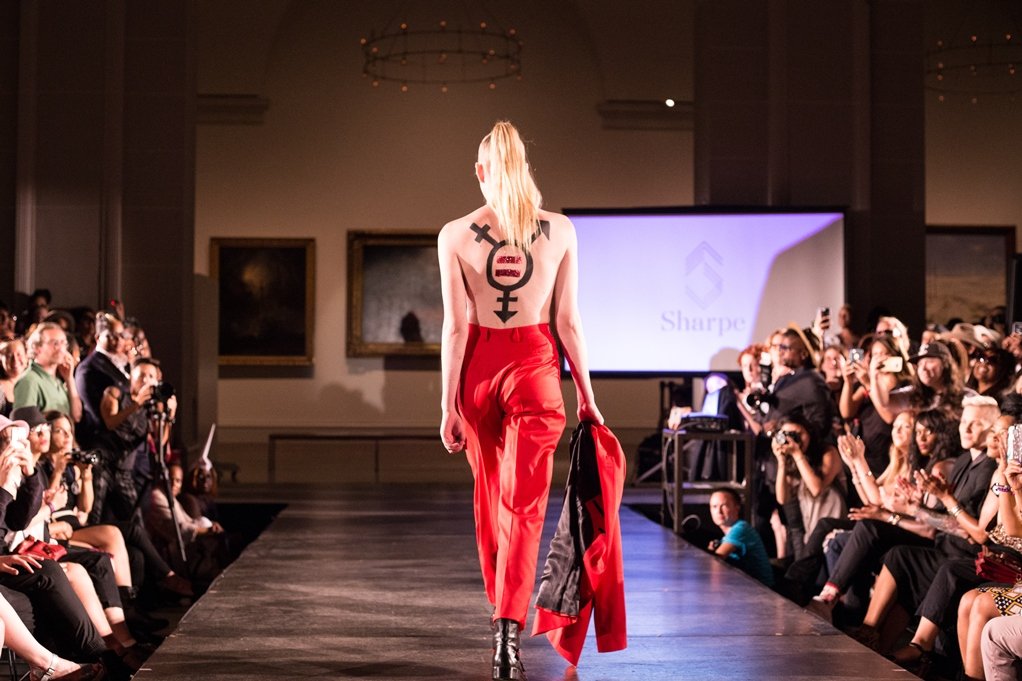 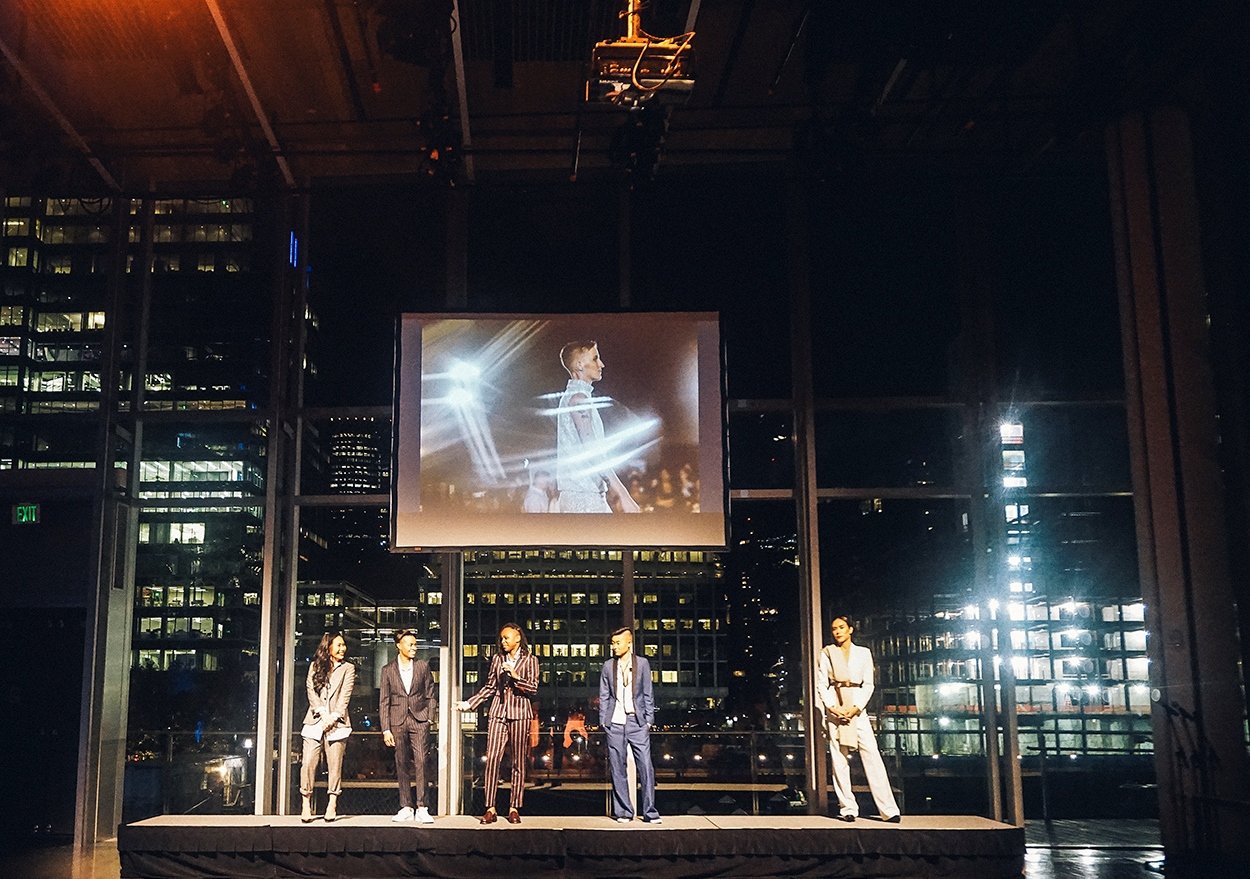 dapperQ iD invited viewers to critically examine the sociopolitical power of fashion in relation to gender constructs. As an art form, queer style has immense emancipatory potential that extends beyond the LGBTQ community. Fashion both shapes and is shaped by society and serves as an important agent for positive change during a critical time in American history when there is legislative opposition against progressive movements expanding gender identity and expression beyond traditional binaries. Through the work of queer and ally independent designers whose collections are systemically rooted in notions of gender nonconformity and its intersections with race, ethnicity, and culture, dapperQ iD provided a platform to celebrate gender diversity and explore fashion as a means of resistance.

Congruent with Brooklyn Museum’s Disguise: Masks and Global African Art exhibition, iD also revealed “hidden realities about society, including those of power, class, and gender, to suggest possibilities for the future.”

“We are very proud to celebrate seven designers and over 65 models that represent the LGBTQ community at Brooklyn Museum for the third consecutive year and at ICA/Boston for the second consecutive year,” says Anita Dolce Vita, iD Executive Producer and owner of dapperQ. “We are facing extreme opposition to our freedoms and our liberation in our current climate, with politicians trying to erase our very being, passing bathroom bills and declaring that we have contributed little to civilization. This tour provided a platform to celebrate our identities, our style, our bodies, our rich diversity, and our incredible contributions to art and fashion.” 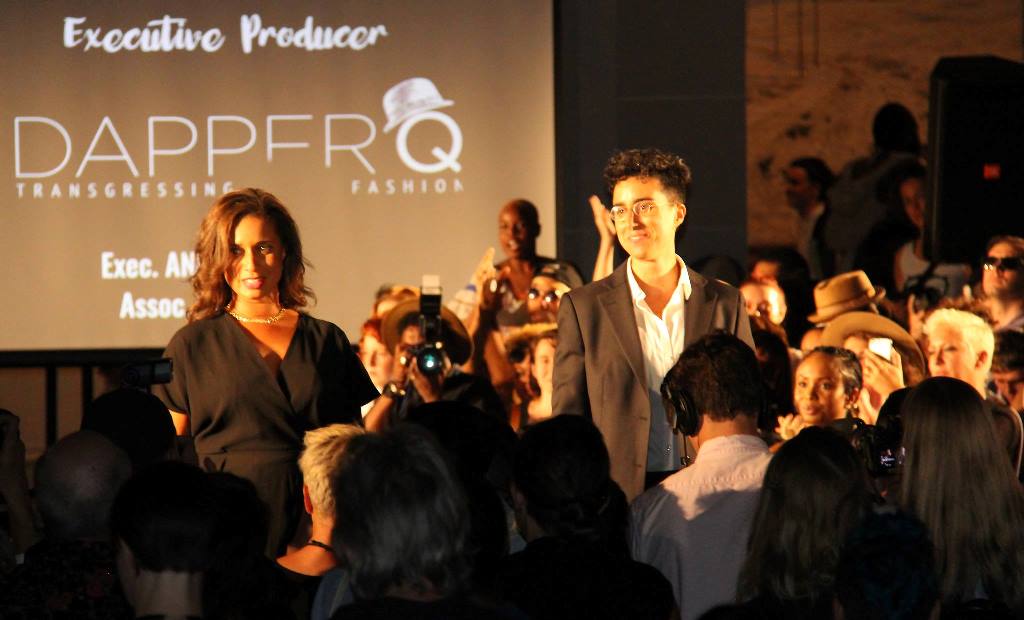 Model Elliott Sailors added, “dapperQ uses the vehicle of fashion to create a space for people to feel free to be themselves and be allowed to define themselves in whichever way empowers them. Fashion is opportunity for transformation and empowerment, because in getting dressed we have the opportunity each and every day to express ourselves and tell the world who we are. I was honored to walk that runway and honored to attend, brought to tears on both occasions seeing models and attendees all so very grateful to be a part of this testament of what it is to be human. The fashion industry needs to take the opportunity to create freedom of self-expression for all people.” 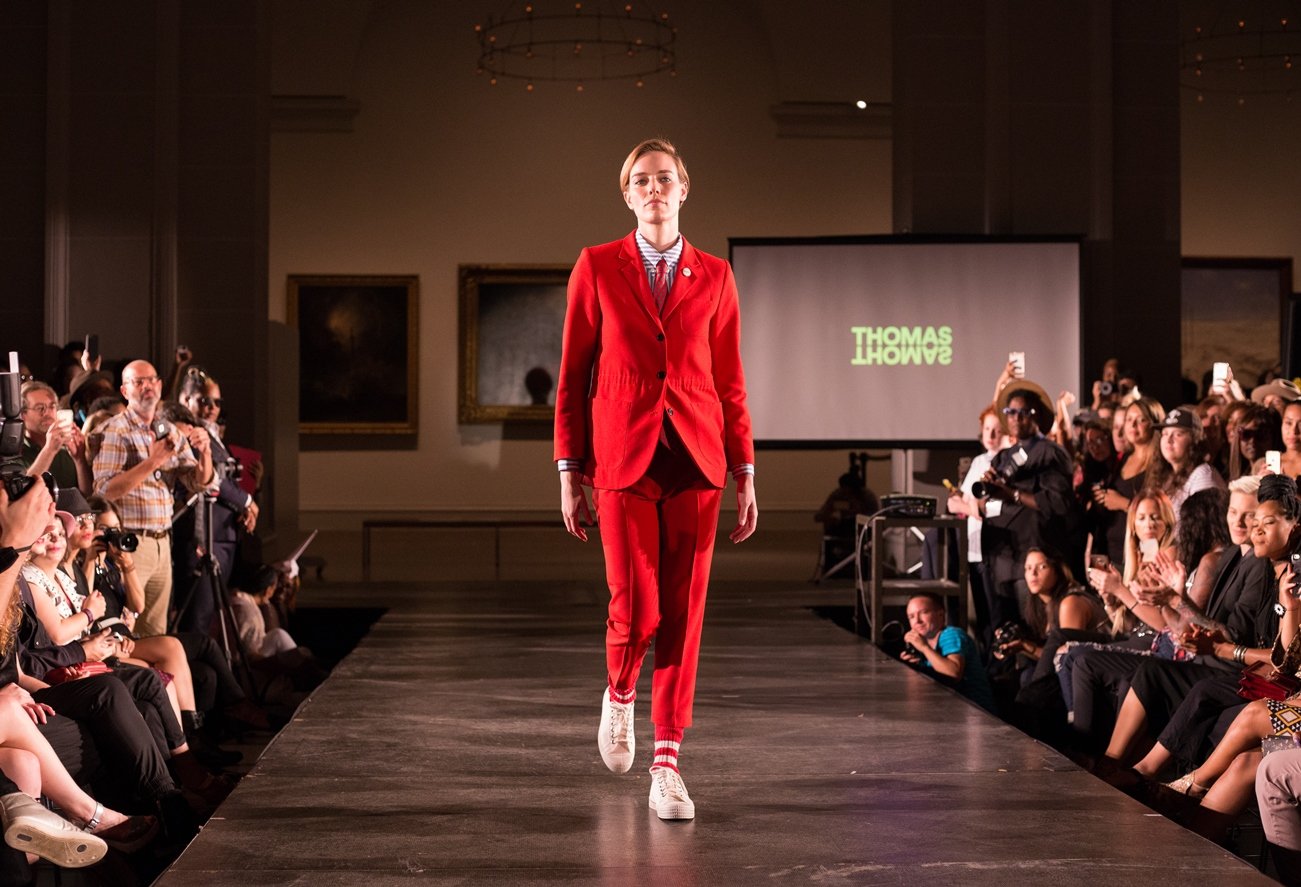 Deeba Zivari, iD Associate Producer, shared, “Over three years of co-producing dapperQ fashion shows, I have had the humbling experience of forging language, visual arts, and bodies, especially my own as a Persian American Jew,into an inclusive space that will continue to grow beyond itself.”

Colette Lee Morales of Colette Lee Productions, iD Associate Producers and Runway Directors, expanded, “Fashion is one of the most important elements of self-expression and everyone, even those who present outside rigid normative expectations, deserves a platform to express themselves.

The event at Brooklyn Museum was a 65+ model, seven designer runway show that included designers: 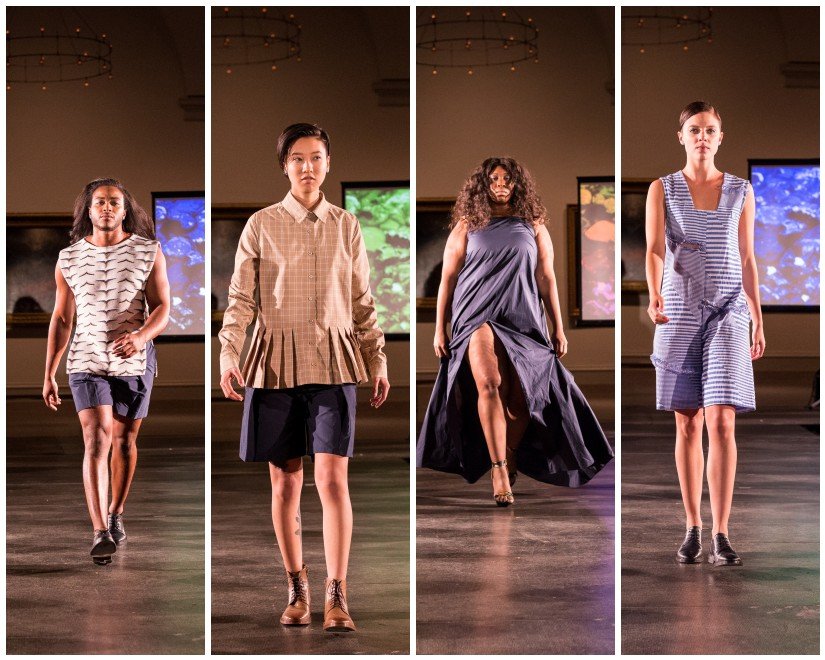 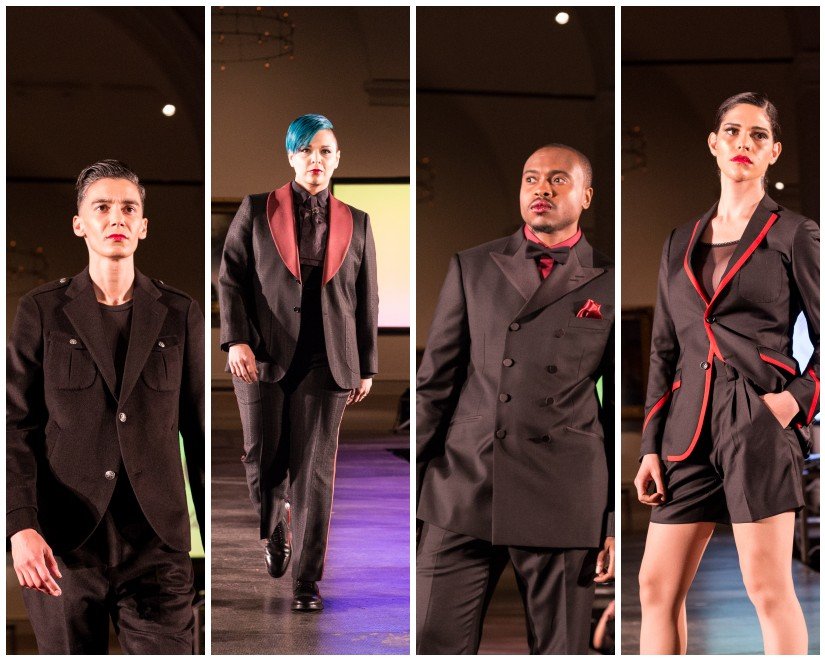 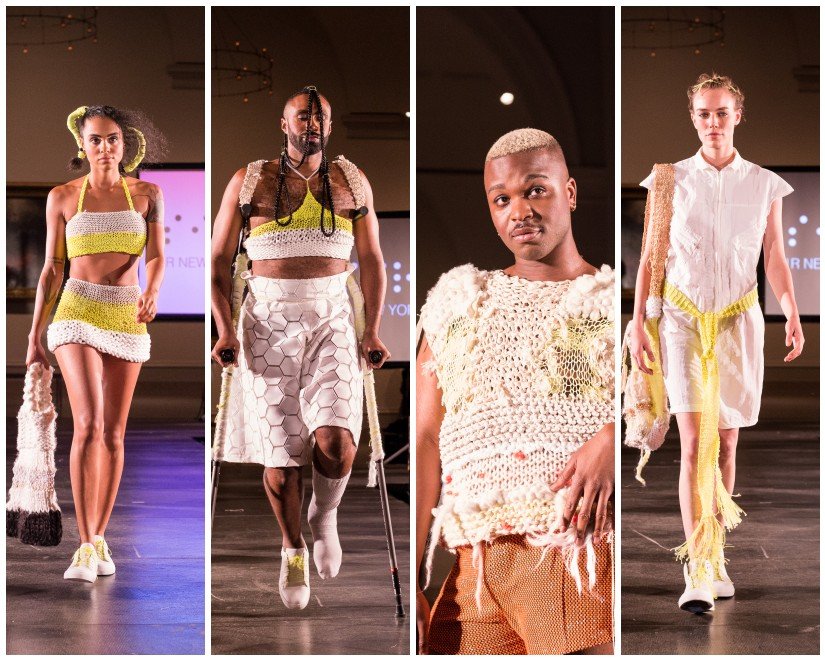 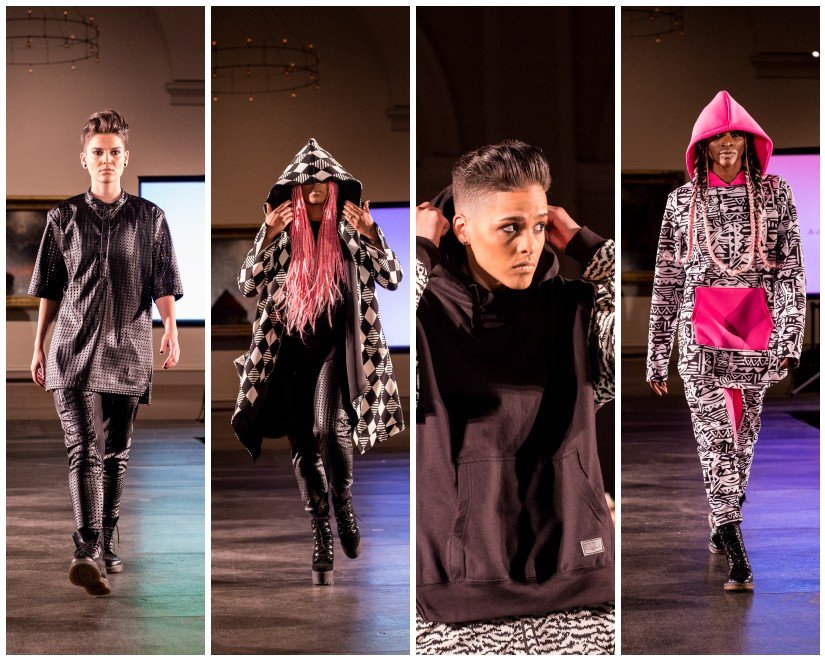 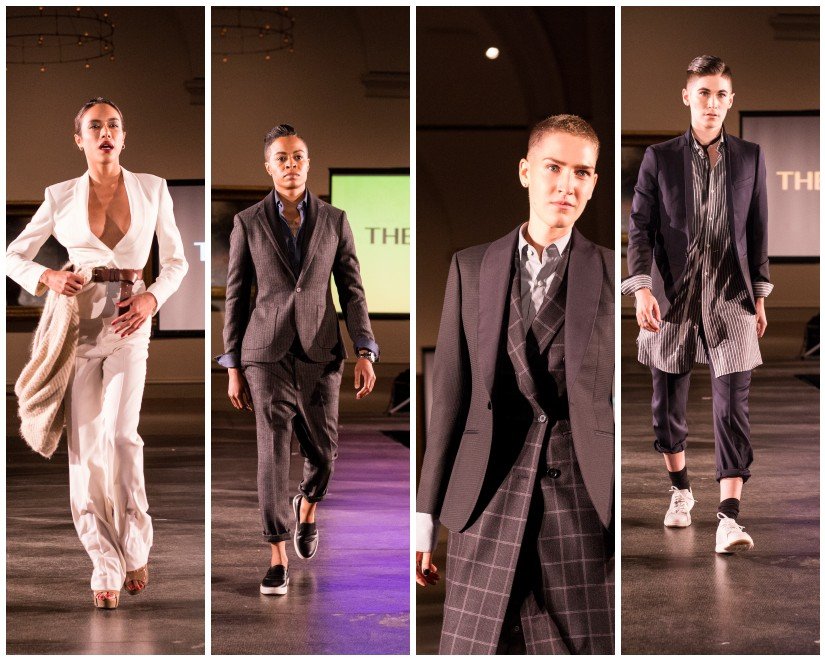 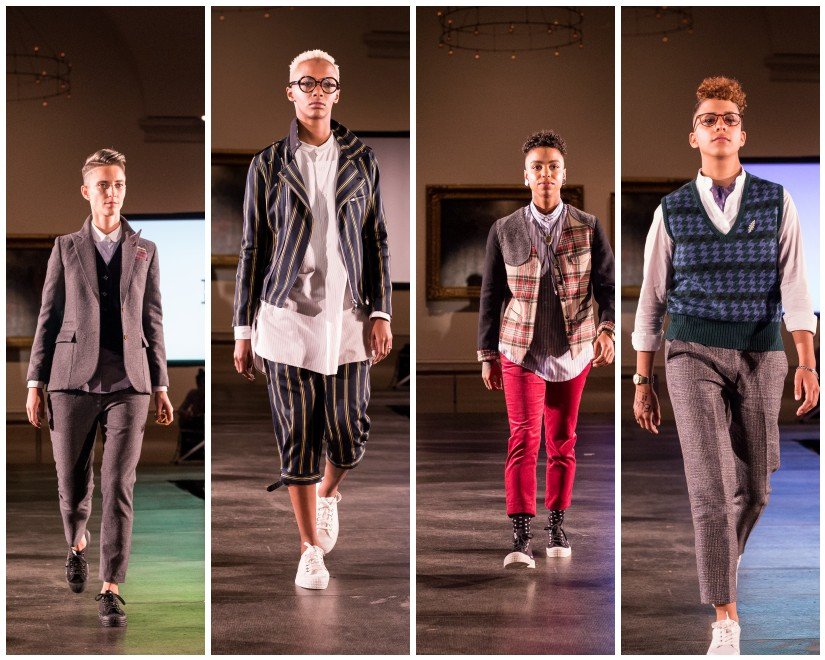 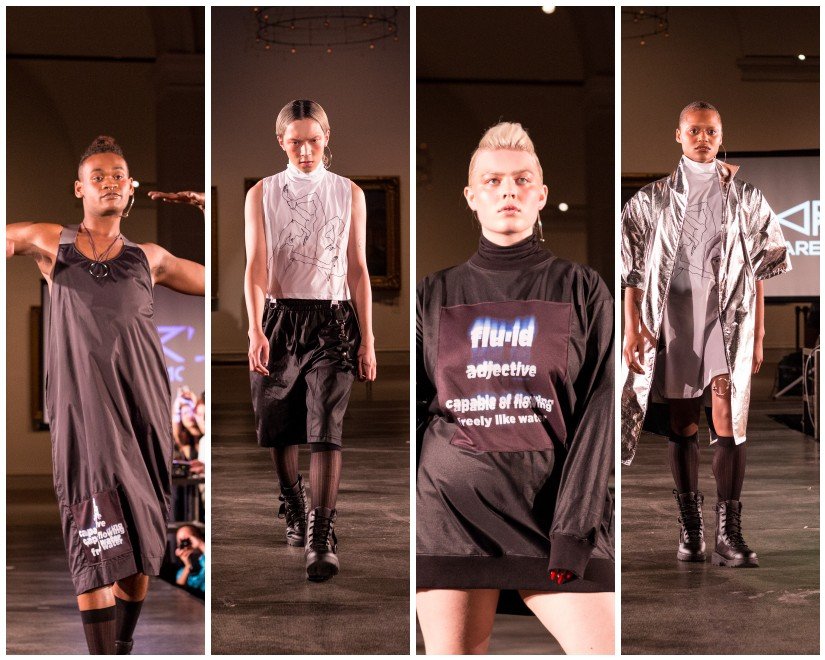 We Are Mortals designs 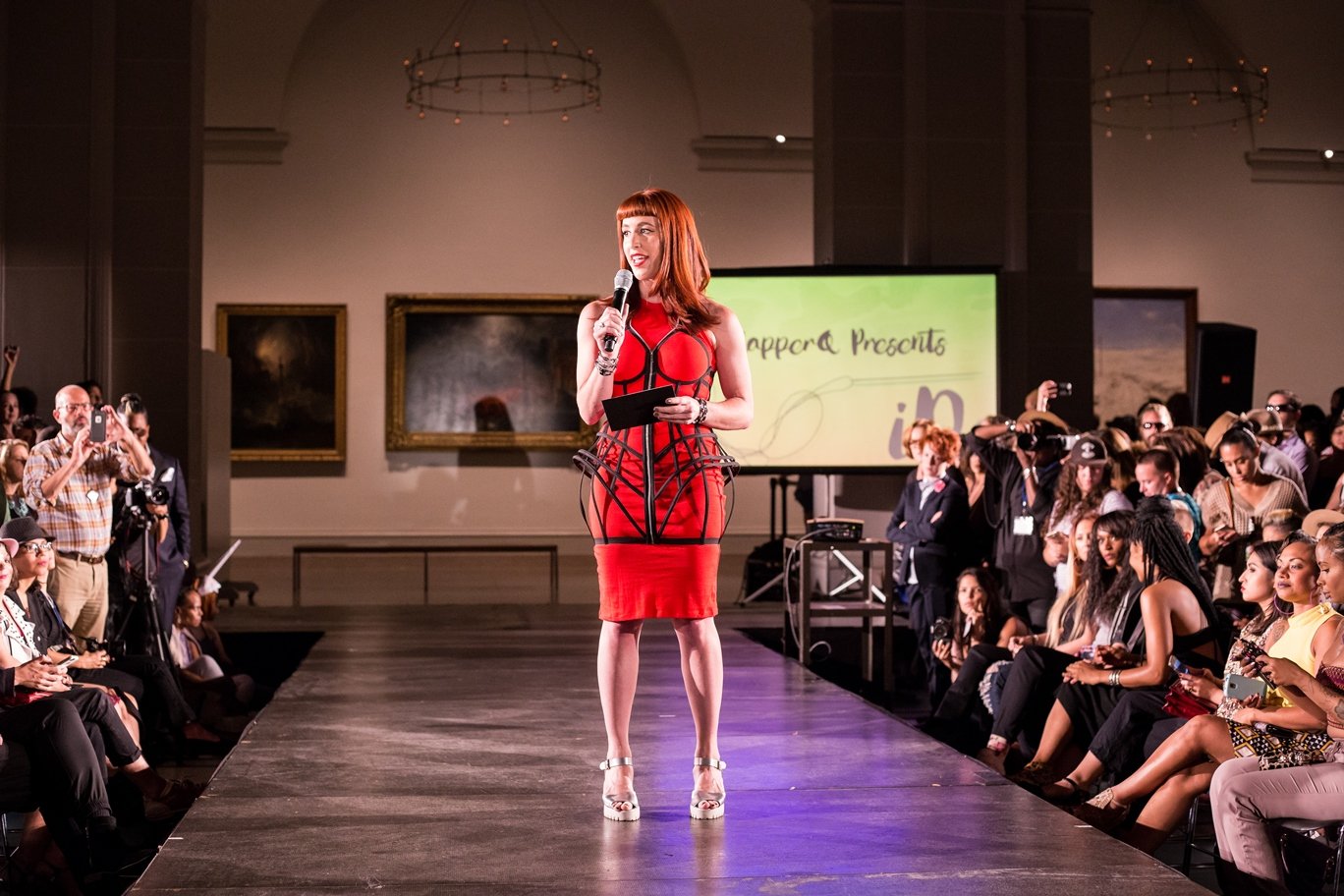 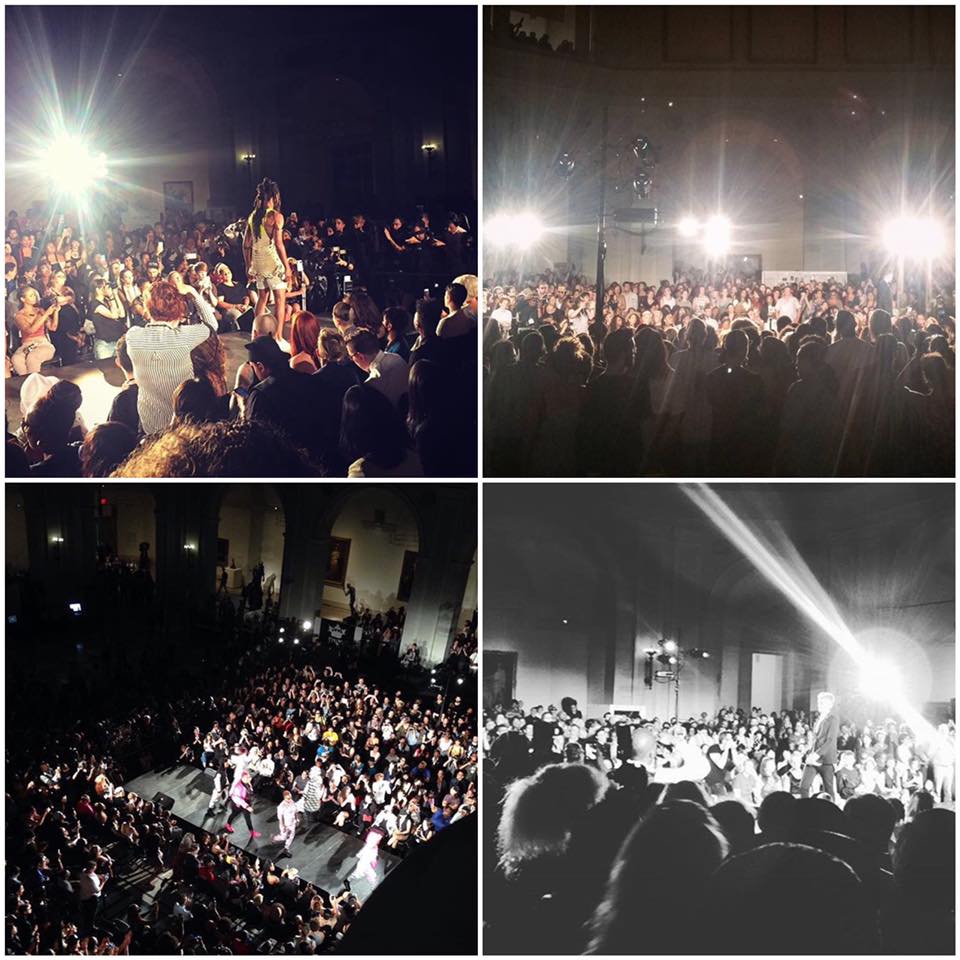 Images of the audience found on Instagram under hashtag #dapperQiD

iD at ICA/Boston was a celebration of queer style across the gender spectrum, commencing with a screening of the HBO documentary Suited (which closes with dapperQ’s 2014 (un)Heeled fashion show at Brooklyn Museum) and a fashion presentation by the Tailory and a multi-sensory curated performance by Qwear titled Femme Desire.

Trailer to HBO’s Suited presented by dapperQ at ICA/Boston 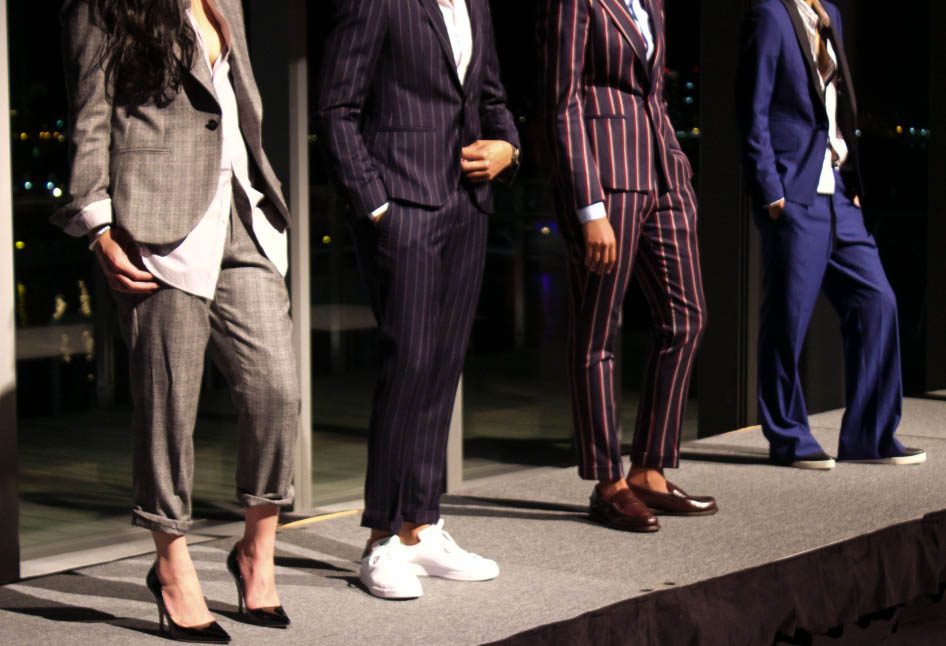 Post film presentation by The Tailory. Photo by Jaypix Studios. 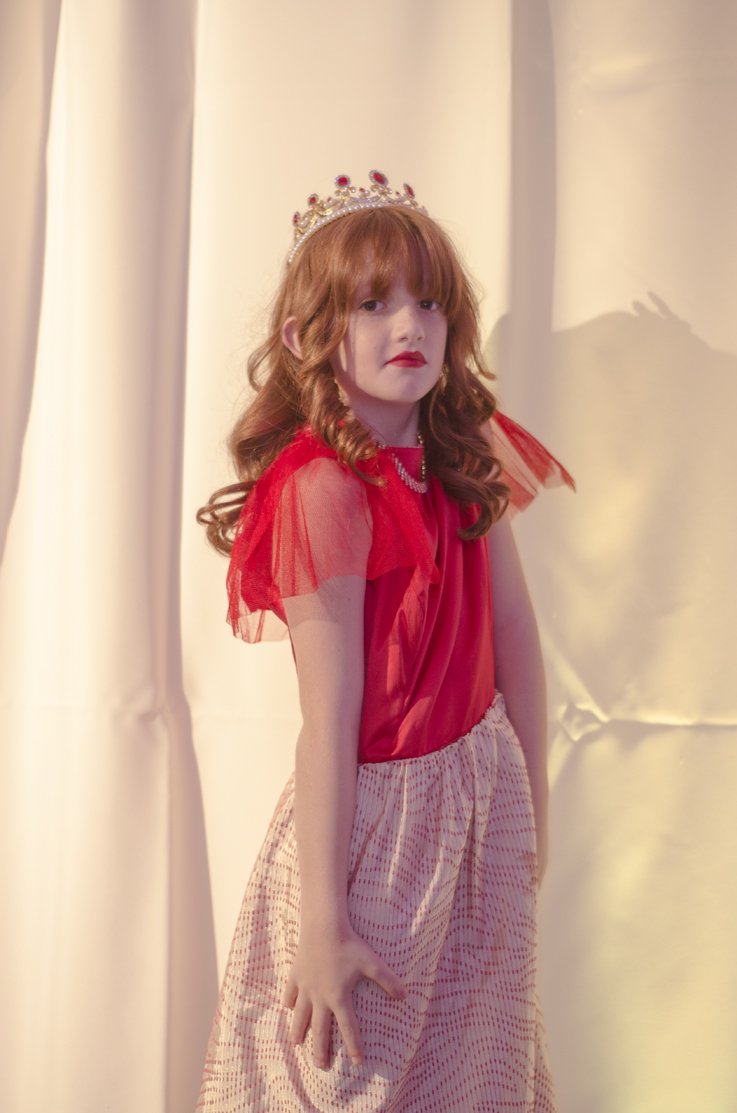 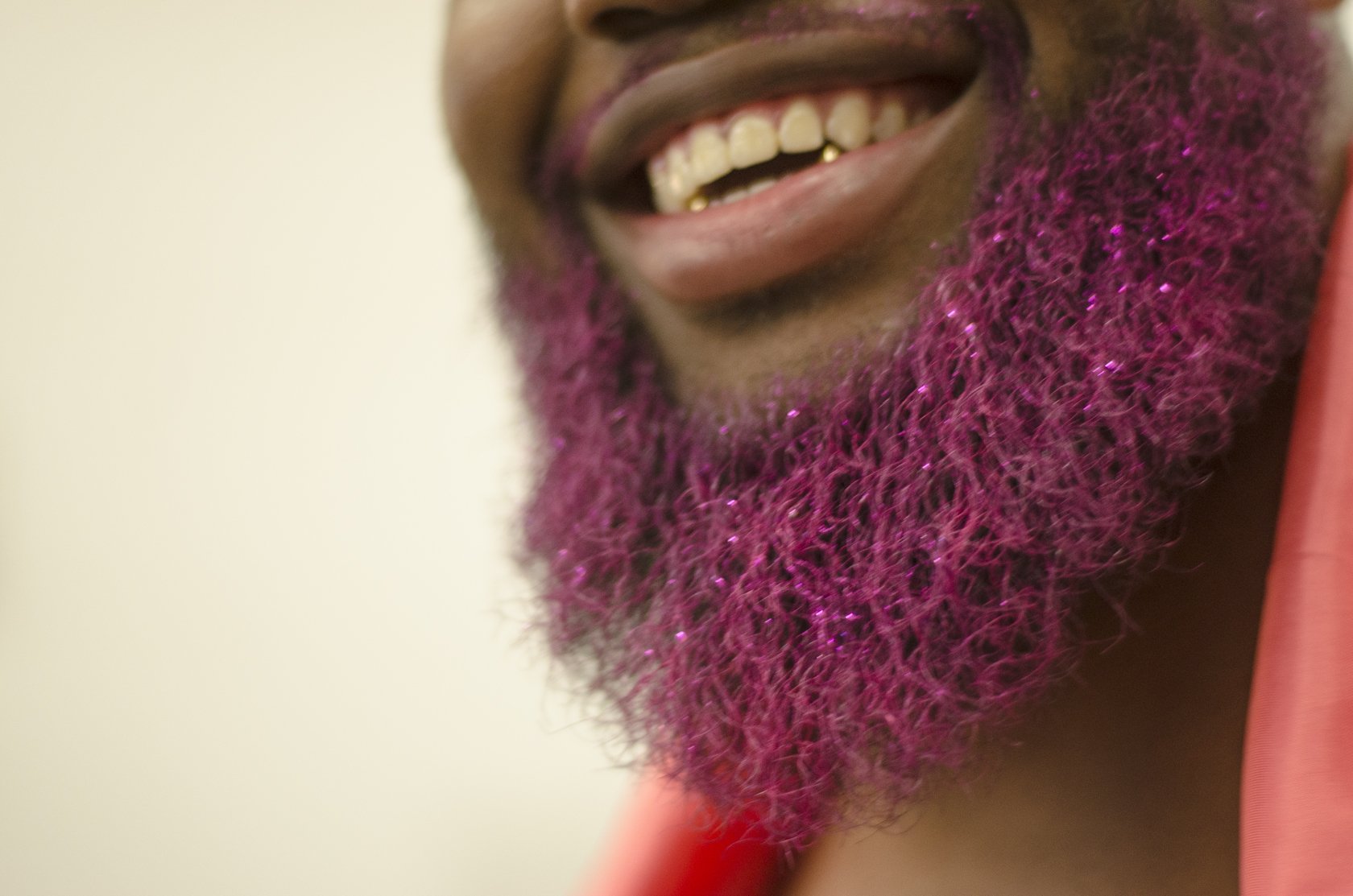 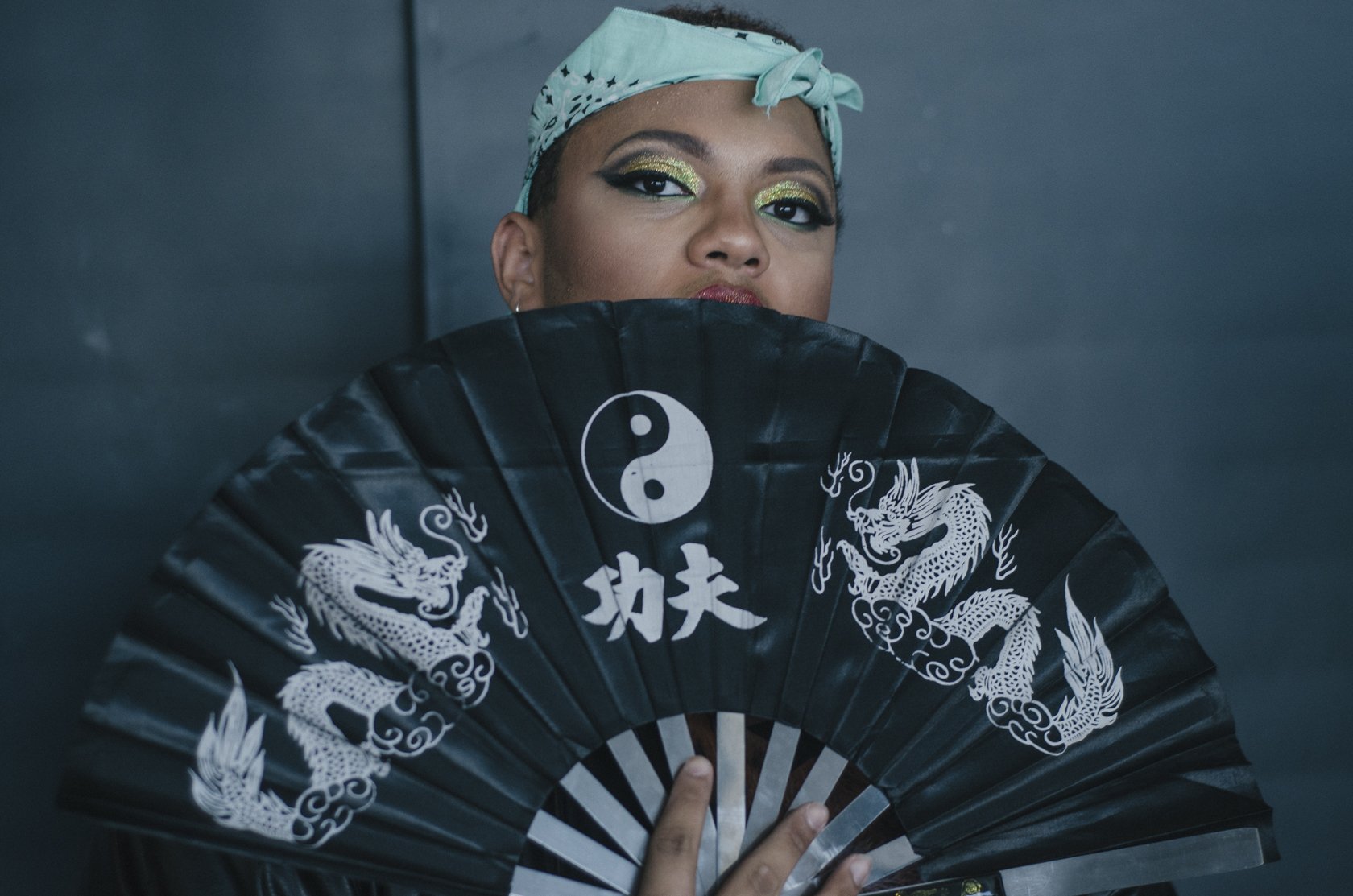 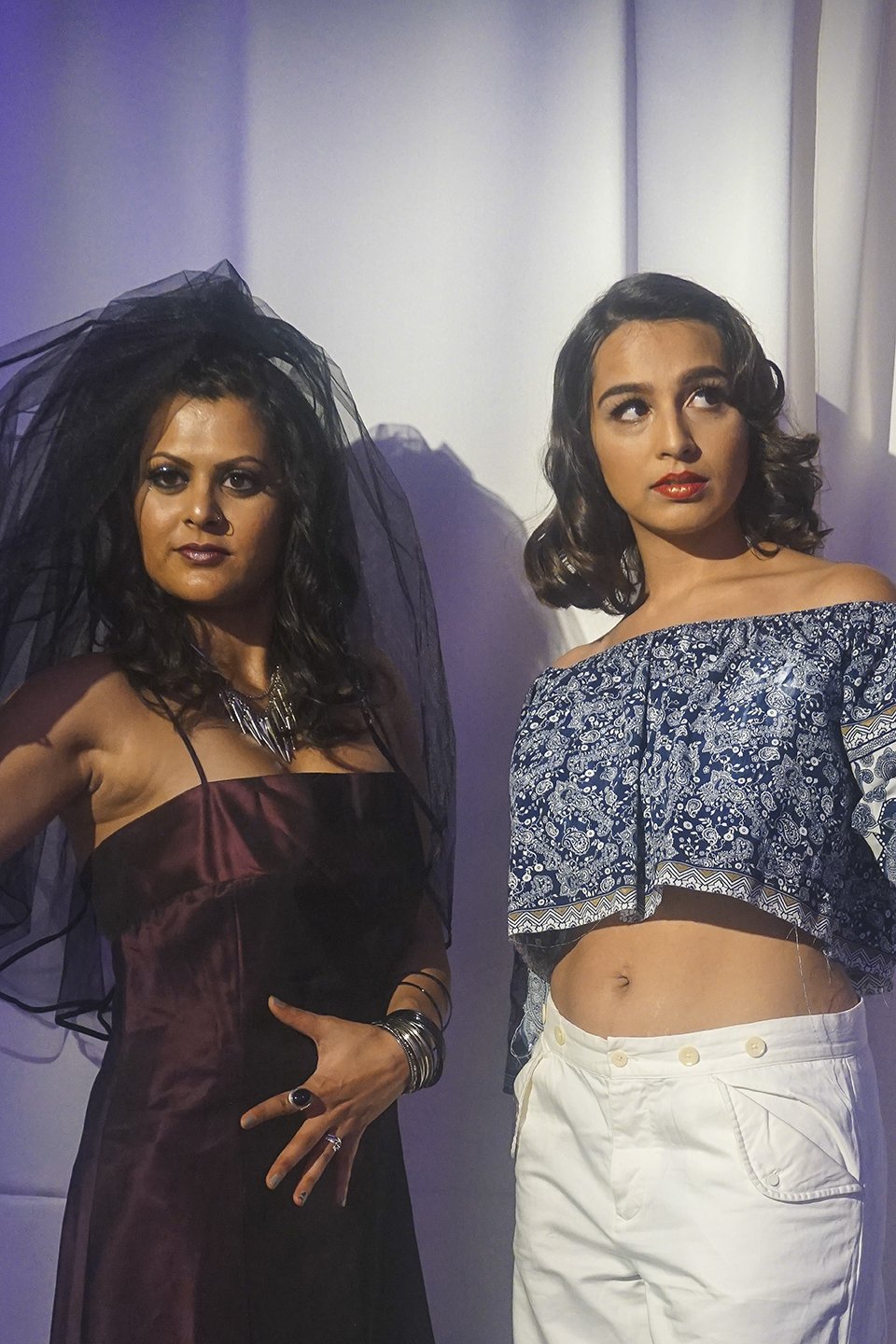 dapperQ iD at Brooklyn Museum was presented in partnership with Brooklyn Museum with support by official sponsor Squarespace and lighting sponsor TomboyX, and a generous donation from Hot Rabbit, with backstage complimentary food and drinks provided by Ro Pacheco and Henrietta Hudson, respectively. dapperQ iD at ICA/Boston was made possible by a generous honorarium from ICA/Boston.

Written By
dapperQ Team
More from dapperQ Team
Well, at least one of the best NYC queer style weeks ever,...
Read More