dapperQ is honored to announce that our Editor-in-Chief, Anita Dolce Vita, will be moderating two queer style panels and speaking on a business panel at ClexaCon in Vegas; moderating a queer style panel at SXSW in Austin; and has been invited to offer one-on-one mentor sessions in queer style as activism at SXSW. The panels have an impressive roster of queer style entrepreneurs and activists who will be convening to raise voices at a time when the mobilization of the LGBTQ community is critical to protect our rights and resist!

Hosted from March 3-5, 2017 in Las Vegas, NV, the inaugural ClexaCon is a media & entertainment convention for LGBTQ women and allies.

ClexaCon has a powerhouse lineup of speakers. Check out the panels Anita Dolce Vita will be moderating, including:

You can also catch Anita as a panelist on Queer Lady Business and at the ClexaCon after party, Sinful, with her best femme bestie Alex Berg of the Huffington Post. (You can also peep Alex’s panels on bi-visibility at ClexaCon!) 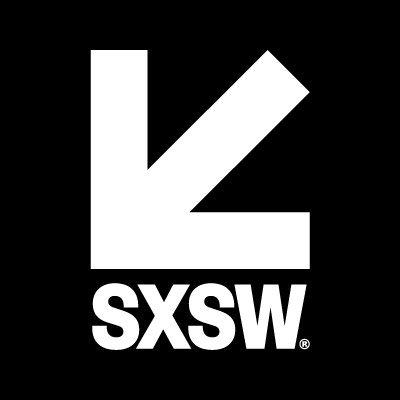 With over 72,000 attendees from over 86 countries annually, SXSW in Austin, TX is considered to be where the world’s most prominent influencers in tech, art, music, fashion, and film go to present, learn, entertain, and network.

SXSW receives over 4,600 proposals annually. We are deeply honored to have been selected by SXSW as one of the most influential thought leaders in our industry.

Last year, dapperQ made SXSW history by producing the first ever queer style panel held during official SXstyle week. SXSW has invited us back for 2017 to present “Selling Out: Anti-Oppressive Queer Style Marketing” during SXstyle. Anita Dolce Vita has also been invited to host a one-on-one mentor session for those interested in learning more about leveraging multi-media fashion platforms to create social change. 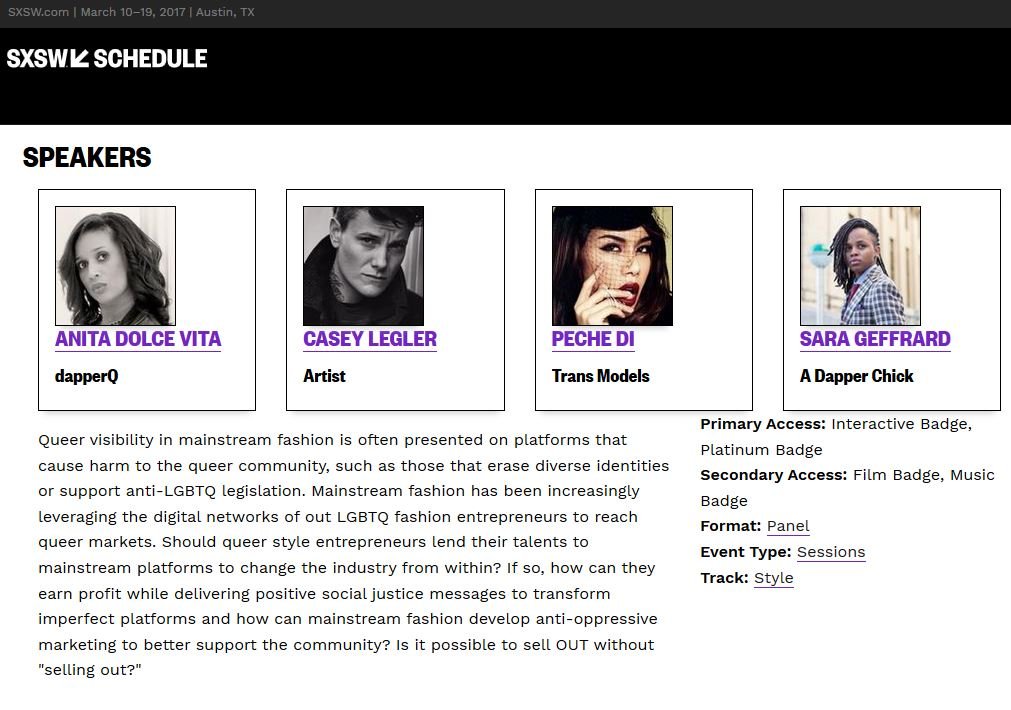 We are honored to announce that we will be kicking off our time at SXSW at Highlands Lounge for a SXSW LGBTQ opening party produced by Austin’s famous Lesbutante and the Boss. Stay tuned for more party info here.

dapperQ would like to give special thanks to TomboyX, our official SXSW travel sponsors! 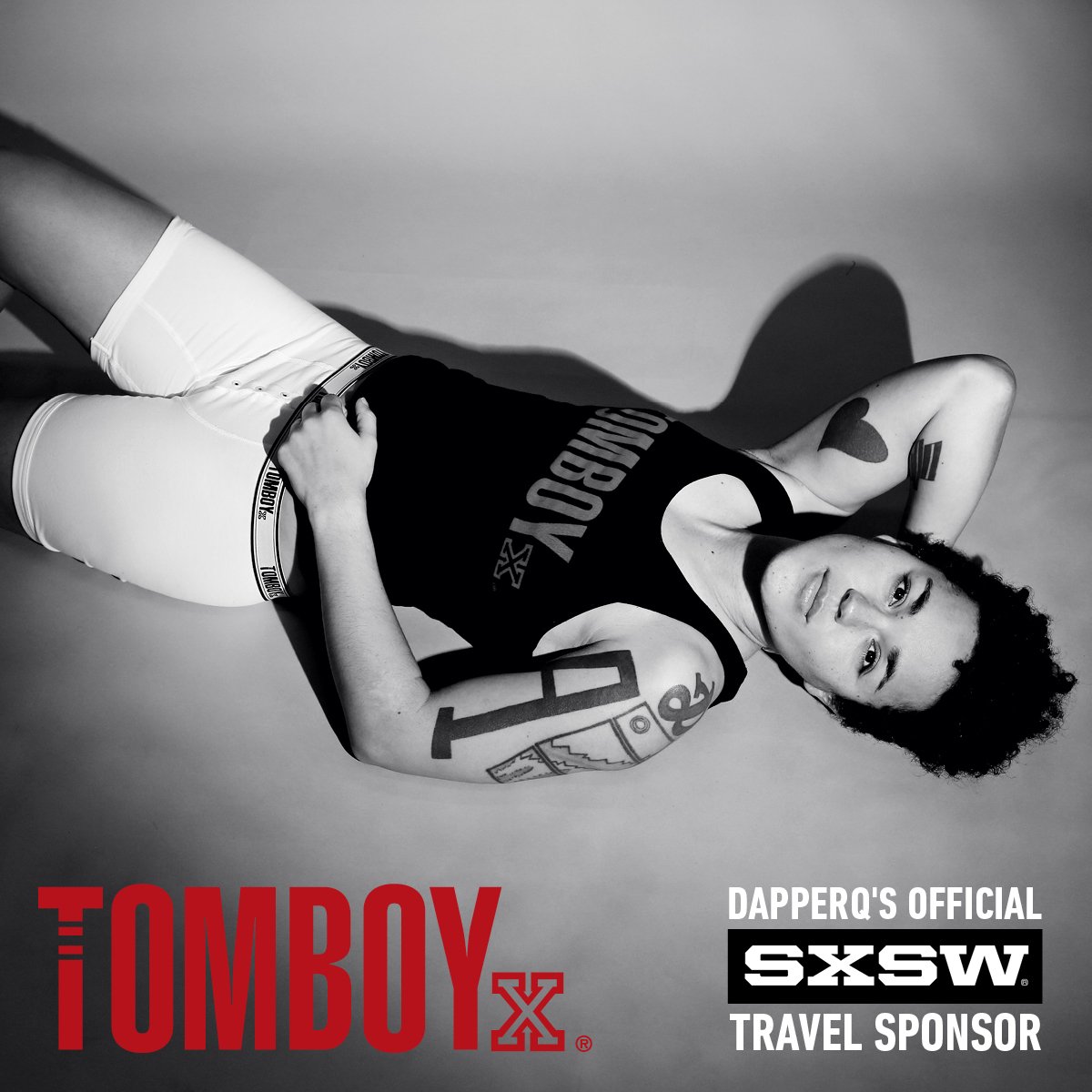