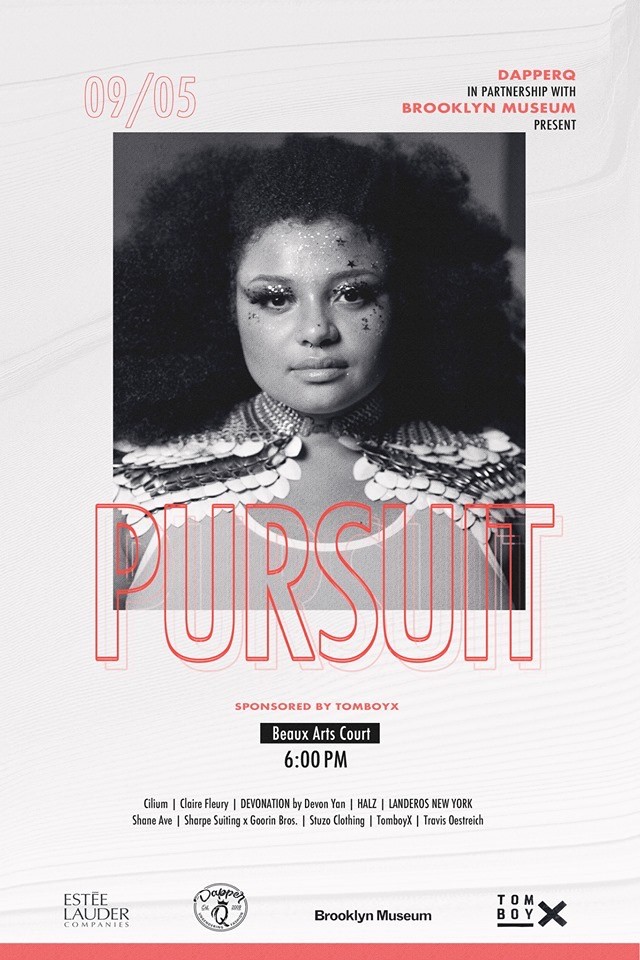 6PM: Free tour of “Nobody Promised You Tomorrow: Art 50 Years After Stonewall”

► Dress to impress for step and repeat arrival hosted by B. Hawk Snipes (bring out your inner Lena Waithe and Billy Porter best – now is the time to be EXTRA)

☆ Show host: B. Hawk Snipes: The Bronx, NY born Public Figure B. Hawk is slowly taking over the world. B fell in love with being a creative while attending Fiorello LaGuardia Highschool for Art & Performing Arts. After HighSchool they attended F.I.T college for fashion design, stared in the hit MTV show “Friendzone” and started a music group called “O.F.U”. They are mostly known for their unique style gracing different fashion magazines and style blogs. And also as an actor featured on the hit FX show “POSE”. They are always working on more creative projects to diversify and inspire the world with their unique talents in TV, Fashion & Music.

Written By
dapperQ Team
More from dapperQ Team
Ask dapperQ is back with a reader question about how to dress...
Read More