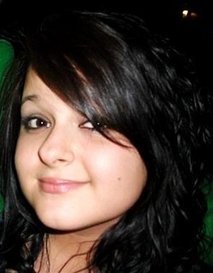 You’ve probably heard by now that this Candice McMillen is ruining all the fun to be had in Jackson, Mississippi with her girl-loving, tux wearing ways.  According to an article by Sheila Byrd in the Associated Press:

The district announced Wednesday it wouldn’t host the April 2 prom. The decision came after the American Civil Liberties UnionACLU said the district not letting McMillen wear a tuxedo violated her free expression rights.

The ACLU filed a lawsuit in U.S. District Court in Oxford to force the school district to sponsor the prom and allow McMillen to bring whom she chooses and wear what she wants.

Want to get in touch with why I started dapperQ?  Get a load of the more than 47,000 comments following the AP story.  The haters are out there.  Homosexuality is the primary target in their crosshairs, but the fact that we dare wear clothes not assigned to us is no small part of the story.  I purposefully chose the word “transgressing” to describe what we do here at dapperQ because it is a word with deeply theological roots.  Southerners, like the haters who cancelled Candice McMillen’s prom, know it well.

Gender roles, and that in which they are clothed, are drilled into all of us from infancy.  Most of us not only align with these rules, we police those who do not.  Go into any bakery in mid-town and see how we all know what we are supposed to wear.  Girls wear dress, heels, nice pantsuits.  Guys wear suits and ties.  It’s mindblowing when you step back and see the extent to which the vast majority walk in lockstep to these demands.

dapperQ is deeply subversive, deeply transgressive.  I expect we will at some point, if we do our work well here, become targets of the haters.  Because we are dangerous.  We don’t just wish Candice well, we wish her dressed well and feeling like a million bucks.