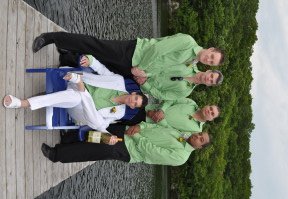 Shavon carried in to the ceremony an abundance of warm memories not only having attended Incarnation Camp the ages of 8 to 16, but also having serving as junior counselor and ultimately unit director. Because she’s “not a girl to waste money” her choice of a gown was inspired by designer Alfred Angelo but sourced from David’s Bridal where she found one like it for under $500.

Jory, who wore a custom-made linen suit, told me that the journey to develop her sense of style has been a long and uncomfortable one. “In my early 20’s, I would go from job to job never trying for a something professional because I felt like I couldn’t dress the way I would feel comfortable. I felt I was going to be rejected so why go for it?”

Jory has obviously come a long way since then. She always wanted a white linen suit and her wedding day created the perfect excuse to have one made. She highly recommends a small shop in downtown Brooklyn, called Afrikart, where owner Amadou Diack made the suit for under $150 (!) Because Jory is originally from Jamaica, she paired the suit with sandals that would be customary for her countrymen in any ceremony on the beach. 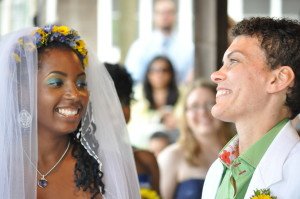 For the bridal party, the couple selected colors that would blend with the outdoors. The bridesmaids were invited to choose blue dresses in which they felt best while Jory and her groomsmen were in and out of Filene’s Basement with the same lime green dress shirt in 45 minutes. (Shavon made it easy but insisting only that Jory send a photo from her phone with each option until she found one of which she approved.) 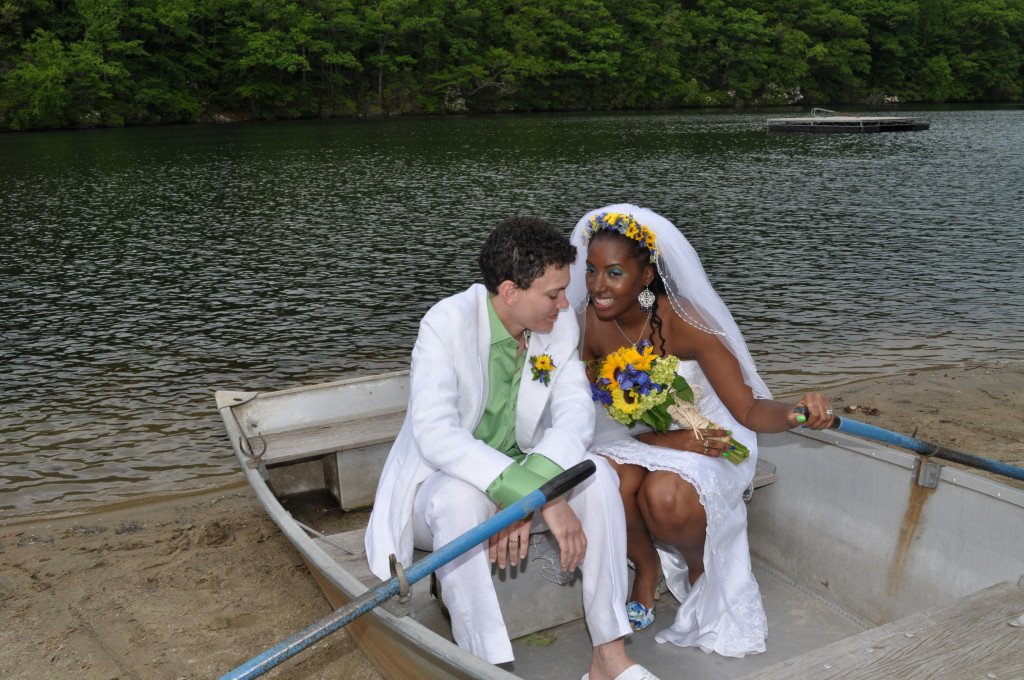 I hated going away to summer camp. It would have been a different story if I had known I would one day wed my gorgeous gay bride there. Funny how times the times have changed.

As originally published on GayWeddings.com