This past weekend, I went on a recon mission with Candice Williamson of Dykes on BiCycles (DOBC), and boy was it shoeccessful. You see, DOBC, a rad group of cyclists who go on freemonthly trips around New York City, is hosting a Pride Kick-Off Party on June 10th which will include (among other cool events) a raffle of a brand new bike.  The generous team at Ride Brooklyn donated the bike, so we thought we’d stop by to have a chat with the folks, and check out their two stores in Prospect Heights: Ride Brooklyn and Skate Brooklyn. 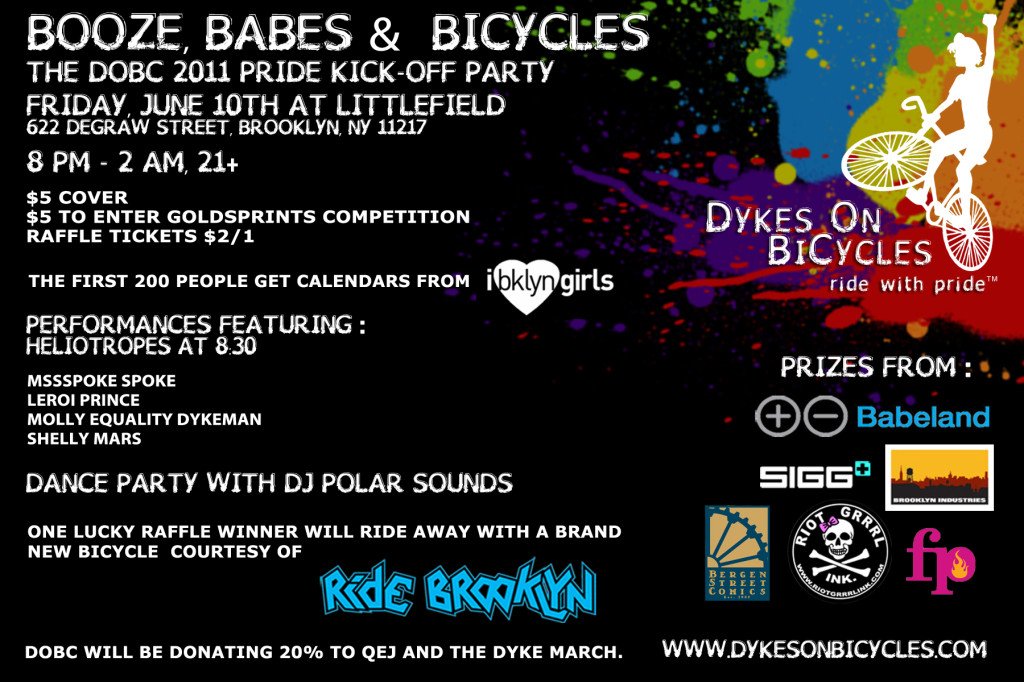 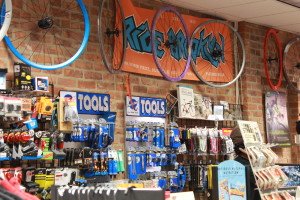 Our first stop of the day was Ride Brooklyn, the lovely shop at 468 Bergen Street off the 2/3 train at Flatbush. I was with my friend Jess and two Candices (lucky, right? Most people don’t even get one), and even to non-bikers the store was welcoming.  Lots of staff were around, and the place was floor-to-ceiling packed with tools, accouterments, power gel vats, jeans with ass-padding, and, of course, bikes. Mountains of bikes.  But beyond all that, there were- beckoning from behind a tub of Gatorade Gum – the sneakers.  Now, I’m not a cyclist, so I was thinking this store might be a dud for a Sneak Freak like myself.  But boy was I wrong- behold the Chrome low and mid Kursk: 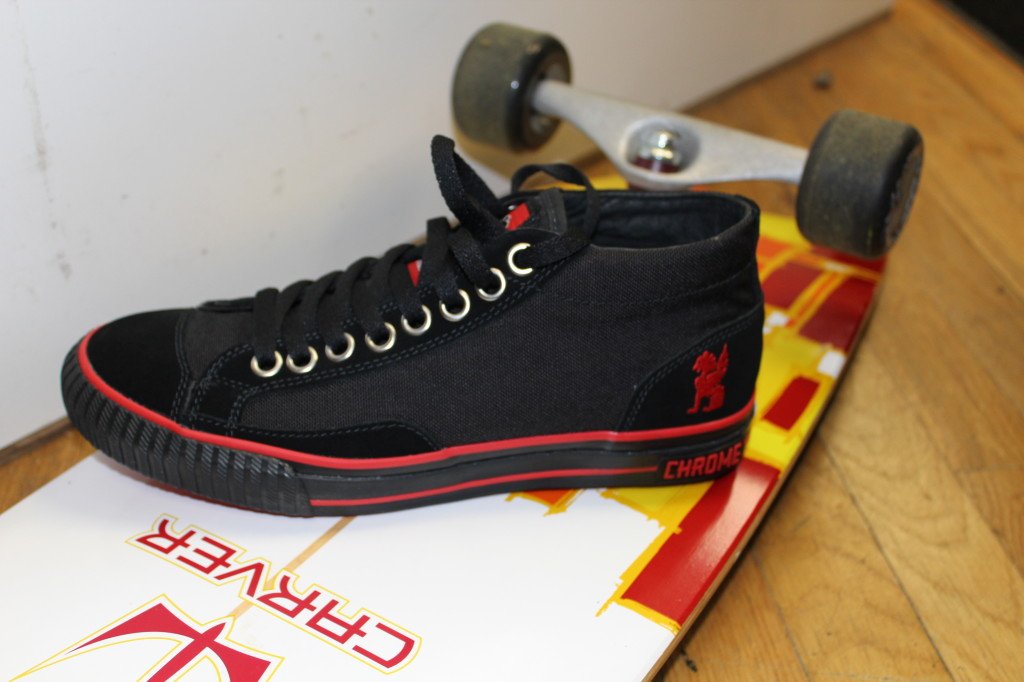 Jess’s eyes were as big as mine once she saw these beauties, and she had a pair on her feet and out the door within 20 minutes.  She explained that she has always liked the Converse look, but usually can’t wear the style because of their narrow cut.  Jess reported the Chromes to be wider than the average fabric high-top, and to have much more arch support than the All Star look-alike.  Plus, the red and black color is pretty dope.  The best part? These shoes start at a size 4.5 . FOUR POINT FIVE. Rejoice! 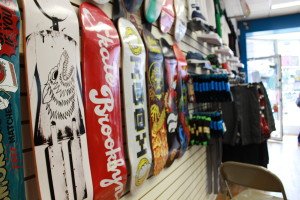 Next we headed to Skate Brooklyn, the board shop opened by the folks at Ride BK across the street. Now THIS is where I feel like home. The staff were super chill, they had nice graphic tees, and a ton of skate decks and some snowboard equipment. And, of course, the sneakers.  They were in the middle of switching over to their summer gear, but still had some sweet HUF high tops out.  I’d never seen this shoe until I came in, and I was struck by the simplicity of the design.  No clunky straps or air holes like other hi-tops, and nuanced colors that could be really nice with shorts in the summer: 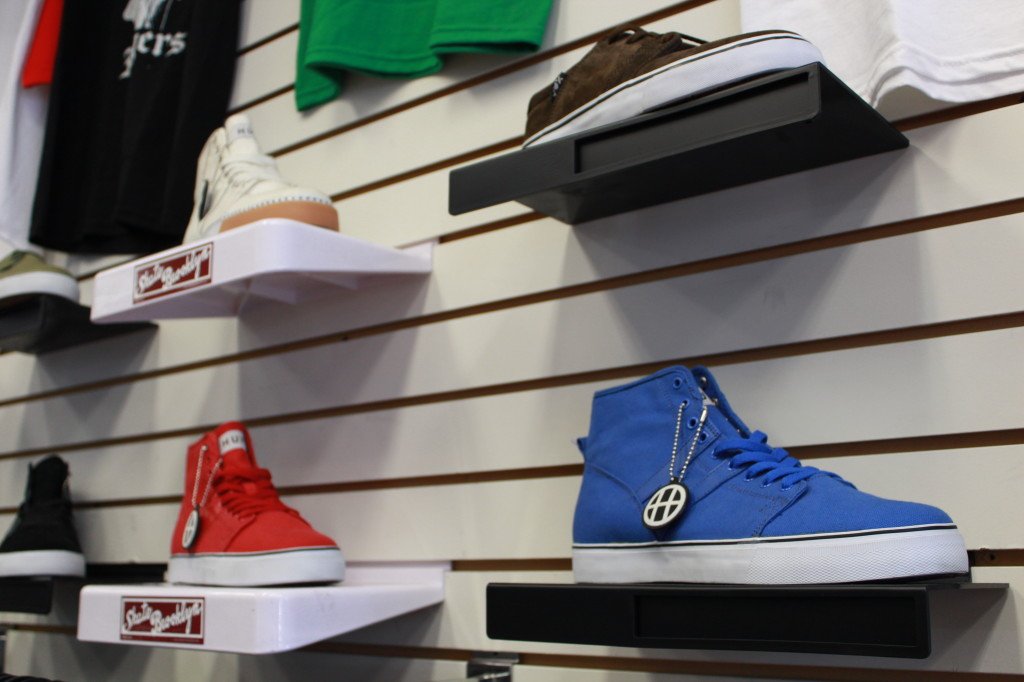 So, all in all, our trip to Ride/Skate Brooklyn was a fantastic success. We met cool people, had some informative chats, and scoped some new sneaks for all our friends at dapperQ.  I urge you to check out these stores, shop local, and bike or skate your way to DOBC’s party on June 10th at Littlefield.

Written By
Dana Variano
More from Dana Variano
1992: International Space Year.  The leap year that gave us the give...
Read More