About a month ago, model and DJ Ruby Rose released Break Free, a short video about gender identity that she wrote, produced, and stared in. Since then, we have been following her style closely on Instagram. Like many of our readers, Rose says she does not doesn’t identify as either a woman or a man, and her futuristic, androgynous street goth style lives in a space between the gender binary. 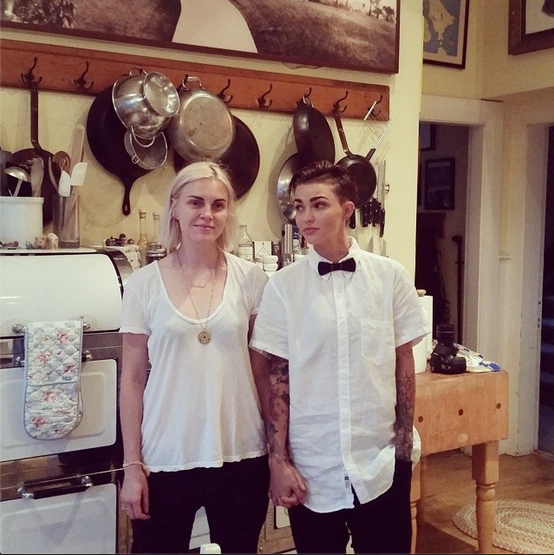 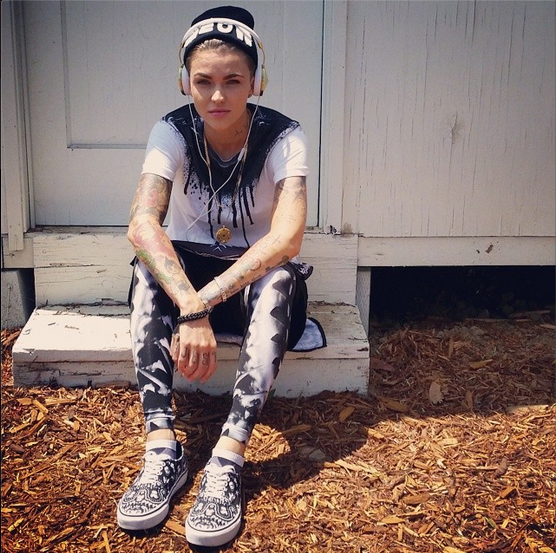 Never dull, Rose is always chaining up her style. Here she channels some futuristic street goth. 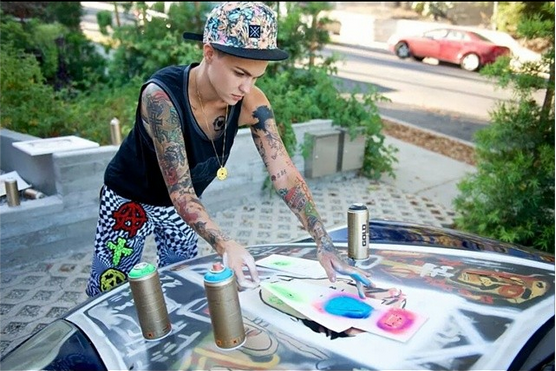 And, just when she had gone all “Kanye West” futuristic goth, she switches it up again here and goes old school “Fresh Prince of Bel-Air.” 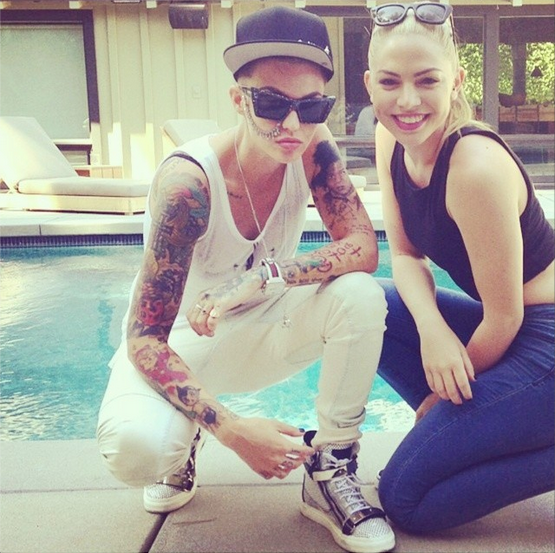 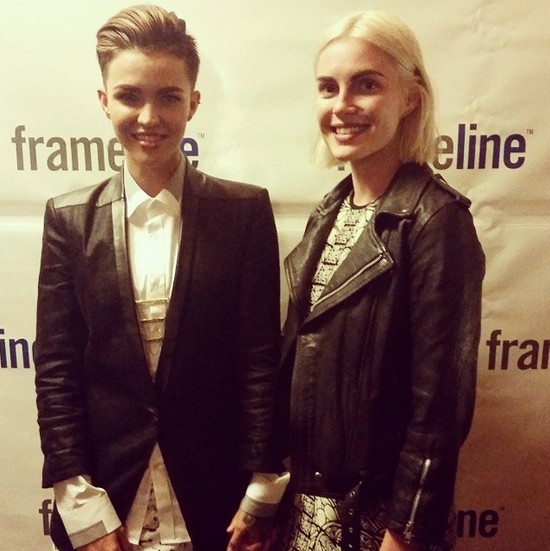 My partner LOVES this look. She dreads going to formal events because she won’t wear a dress, but is equally turned off by wearing a stuffy suit and tie. This is andro chic done just right!
Tags from the story
Androgynous Fashion, Androgynous Style, Queer Fashion, queer style, Ruby Rose
1
Facebook Twitter Pinterest
LinkedIn Email