Editor’s note: We noted back in November that Saint Harridan, one of the leading brands designing masculine suits for women and trans* identified customers, was launching a 15 city pop-up shop tour. Since their tour started, we’ve been stalking them on Facebook, wishing we could follow them all over the country to be a part of the amazing dapper style and community building that the brand is advancing. Because we’ll have to wait for them to come to New York again, we’ve decided to be Saint Harridan e-groupies and experience their pop-up shop awesomeness vicariously through the Internet. However, we were lucky enough to have a dapperQ correspondent, Sarah Lynn Herklots, attend Saint Harridan’s most recent pop-up and runway show in Boston. Lucky, lucky Sarah!

“I could be getting my wedding suit today.”  It was the kind of moment I was expecting when I traveled to the Saint Harridan pop-up shop in Jamaica Plain, but that didn’t make it any less powerful.  In fact, I had not truly prepared myself for the palpable intensity of what was happening in that room.  Pam’s partner, Jennifer, tells me they drove all the way up from New York just for the show. She tells me it has always made her sad to see how traumatic clothing shopping can be for Pam, and so they chose to begin their week long vacation with a drive to Boston to get Pam a suit.  She says Pam was “little kid giddy excited” when they got up that morning.  I ask Jennifer whether Pam’s finding a suit she loves will affect her too and she tells me that she will feel equally more confident at their wedding knowing that Pam is wearing something she feels so special in.  I had the pleasure of joining these two for part of the suit fitting.  Mary (Saint Harridan creator) personally took all the measurements and educated Pam on the fit of the suit.  She was so full of joy and fun it was impossible to imagine that she had been at this for days! It was instantly clear that there is passion in every ounce of Saint Harridan.  Jen whispers to me “Look at her face!  She is so happy!” I’m not sure if she is talking about Pam or Mary, as it is true for both. In fact, I’d say this is true about every single person in the room.

Cassidy tells me she is looking for a suit jacket to wear for interviews, and also to wear on stage. She is a musician who loves to rock a jacket during her shows, but always settles for ill fitting ones. She tells me trying on a well fitting suit for the first time was “earth shattering.” She says, “It’s nice to have it look like you.”

I ask Cathy (who tells me she wears Jackets A LOT) to tell me a little bit about the fit of the Jackets she normally wears.  She doesn’t hesitate: “They are always too long and they almost always have shoulder pads.” [She points all of these things out on the Jacket she is wearing.]  “I never even realized it before, but the pocket is also lower in a men’s suit. They just told me about that.”  I ask her about her experience trying on a Saint Harridan jacket. “It’s nice to have something you try on and think ‘Woah!’ It fits right away and I didn’t have to try on a million. I am just so happy a place like this exists. I think this is the wave of the future.”

I snag Beth who is standing quietly in the corner.  She is excited to break out of the wardrobe that still features pieces co-purchased with her mother.  “I have a jacket… but it has ruffles on it.  We had to compromise.” I ask her how the day as been for her.  She tells me, “I was almost tearing up watching people try things on and have it fit” then adds, “and I don’t cry.” (Yes, she says.. I can tell you she said that.)

I have to leave before I get to see everyone’s finished looks, but it is hard to leave.  There is so much love in the room.  I expected the love for the suits, but I did not expect the pure joy being shared by Mary and all of the clients as they fit each one, and am most struck by the love each shopper has for one another.  They may be purchasing suits for different occasions, but they are all there for the same reason.  They seem as happy for every one else finding a suit that day as they are for themselves. 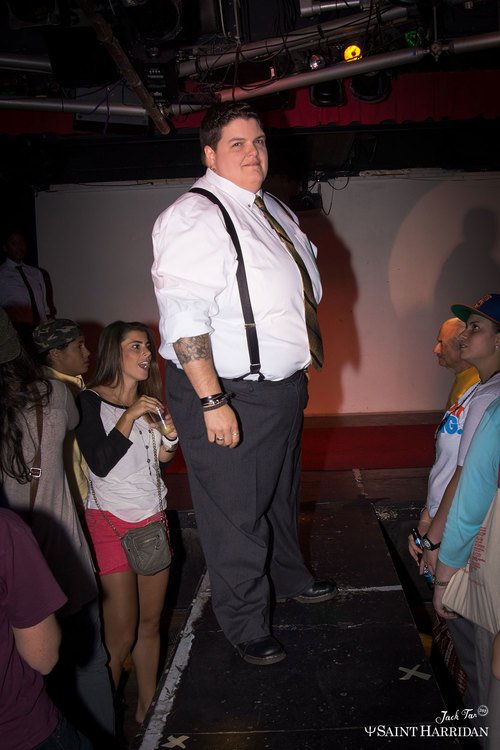 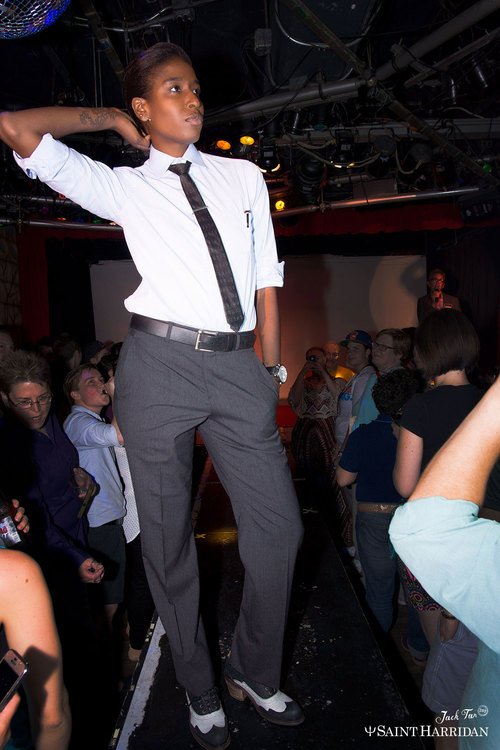 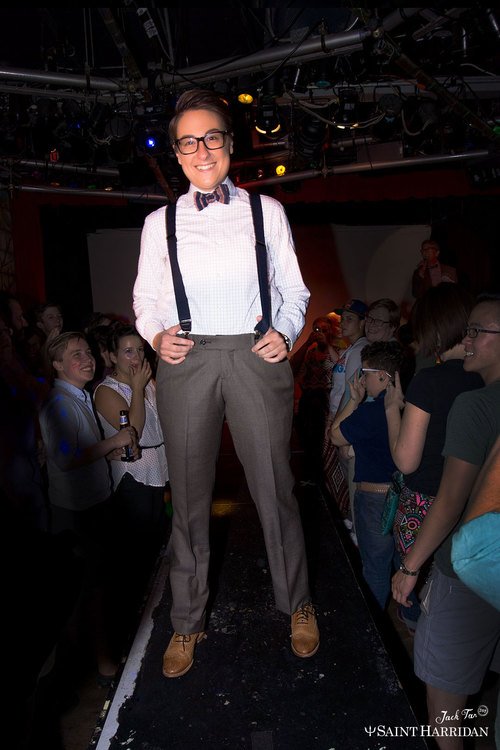 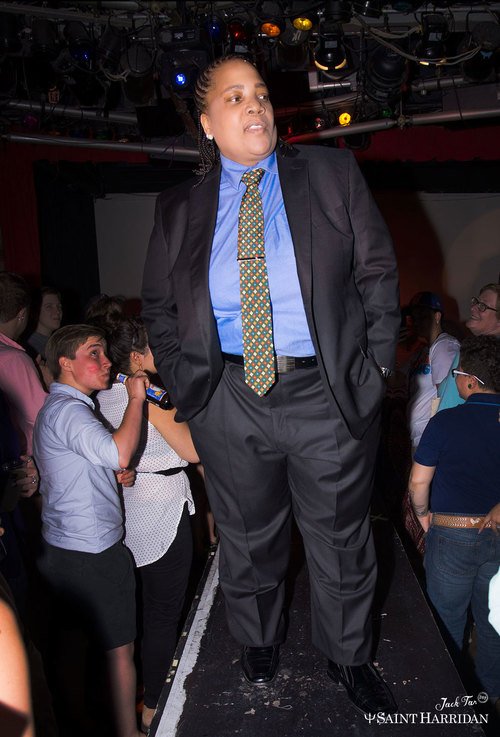 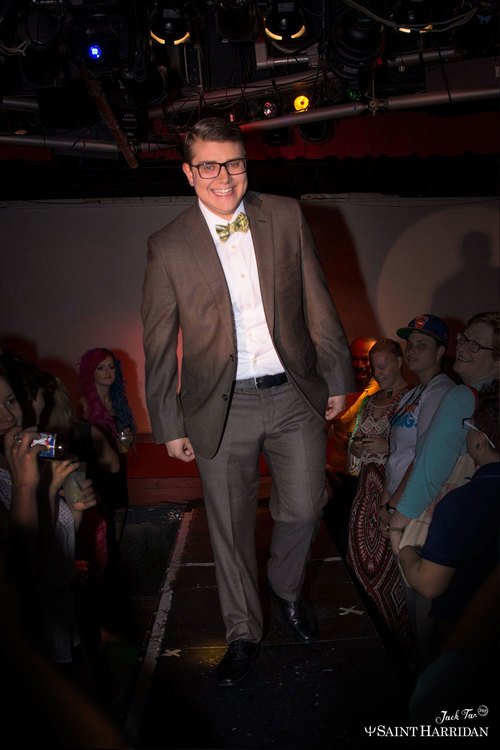 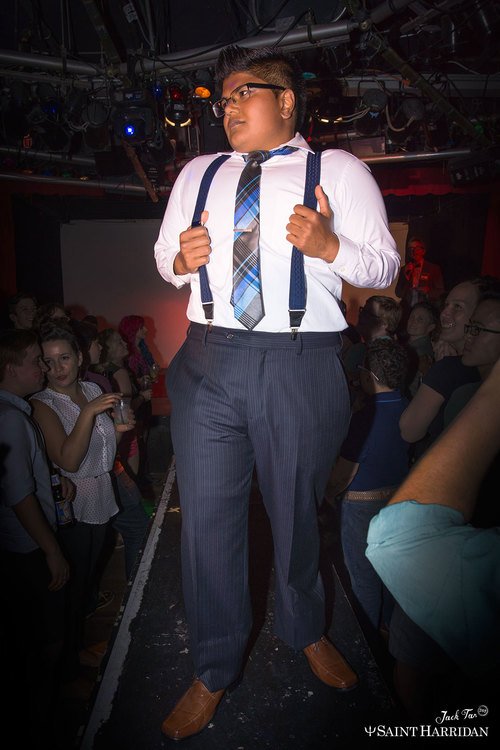 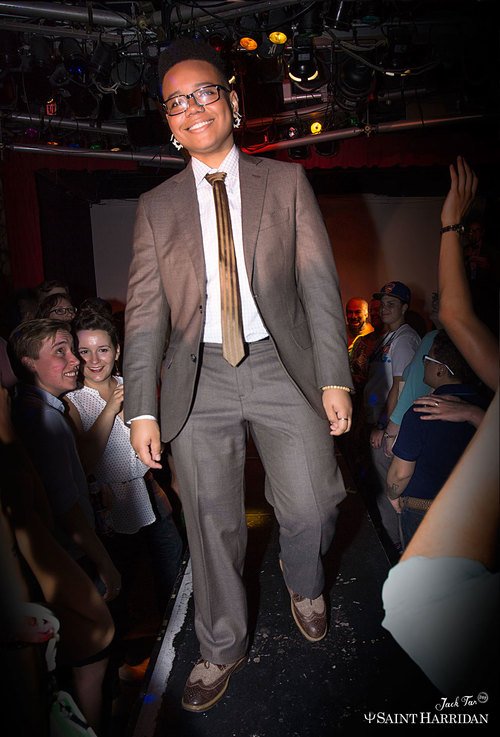 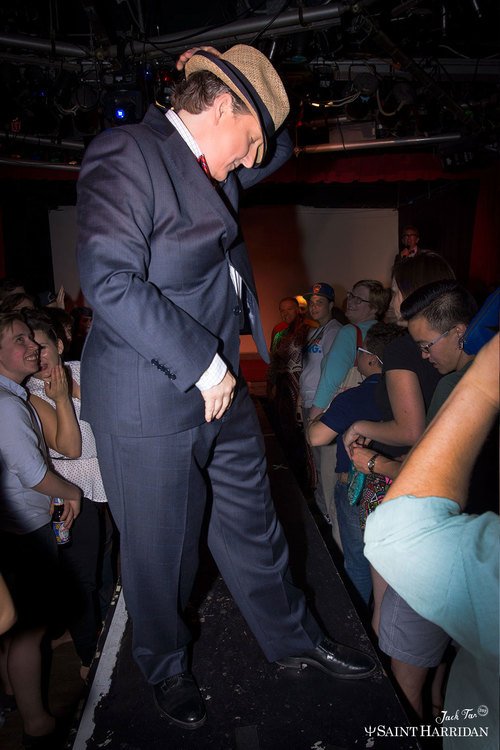 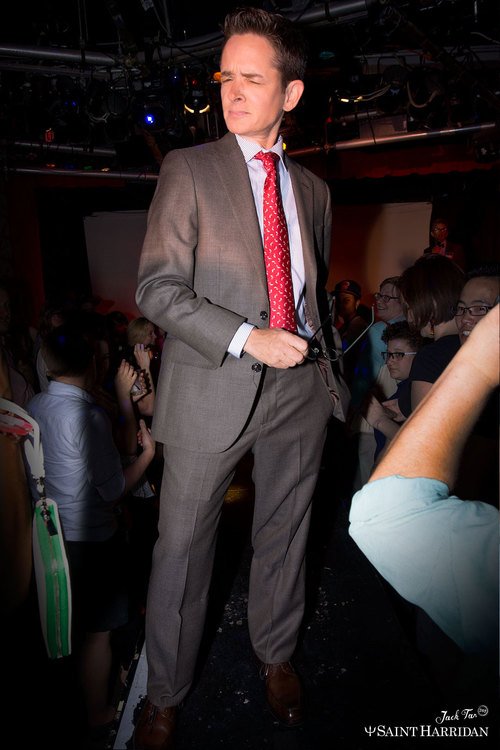 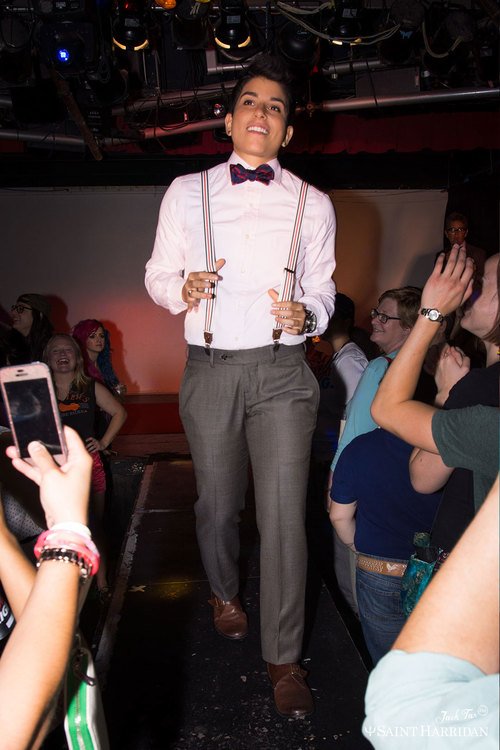