Note: CorporateQ is a series that focuses upon how masculine presenting gender queers are bringing their dapper selves to the workplace.

For my money, one of the best things about being a dapperQ is the response it arouses from our target demographic.  In my case, that’s my wife.  If another femme here and there casts an affirming glance, that’s bonus.  It’s great when straight men and women offer compliments but it has always been the femmes whose affirmation stirs my swagger.  That said, most of us aren’t lucky enough to have a workplace full of fierceness.  CorporateQ is a different world ruled most often by white cis-men.  When I don a necktie it can be seen as a in-their-face attempt to encroach on forbidden terrain.  And as I’m learning from the many of you submitting stories for this series, they can react with career-endangering moves.

But this submission describes the transformative power of a workplace ally. As Julia Corbin makes clear, that not just someone who compliments your style.  It’s someone who champions your ability to bring all of your best to the job… 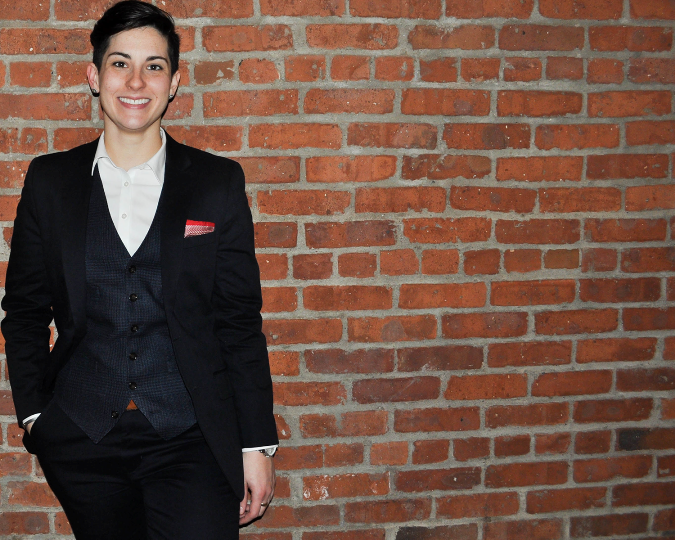 I am writing in response to the article I saw today about Bo in a corporate setting. I would love to share my story of an amazing ally.

I started a brand new job, fresh out of grad school in NYC. I had just been hired as the only female in an IT department for a large investment firm based out of Memphis, Tennessee. The CIO of the company told me that he had been looking for a female to add to the department for over seven years. I felt lucky to be the one, however I was not face to face during the offer that was given to me. A couple of times during the meeting process this extremely friendly and warm boss asked about my family and day to day life. At the time I was dating a woman with an extremely gender neutral name. When I spoke of her I made sure not to use pronouns but would use her name in conversations.
The first day of the job was exciting! My boss flew up from Memphis to introduce me to the offices and to help me get acclimated. I had been living “out” completely until this job. I knew I would make a mistake at some point and that my boss would eventually find out that I had mislead him in to intentionally believing that my significant other was a male. Being from the South myself I was very fearful of the backlash that could come from living my life out and proud. It completely bogged my mind all morning. We went on a walk to get some coffee and I felt like I was going to explode. I made the decisions to tell him on the corner of Madison Ave and 52st. That felt like as good of a place as ever.
“I need to tell you something. I am afraid to tell you but when you eventually do find out I do not want you to feel as though I have not been honest with you. The person I bring up in conversations is actually a woman. I am gay. If you would like to let me go because it does not mix with the values of this company I feel that it is best to tell you now. I don’t want to lie to you on day one. It just didn’t feel right. I want you to be able to trust me” 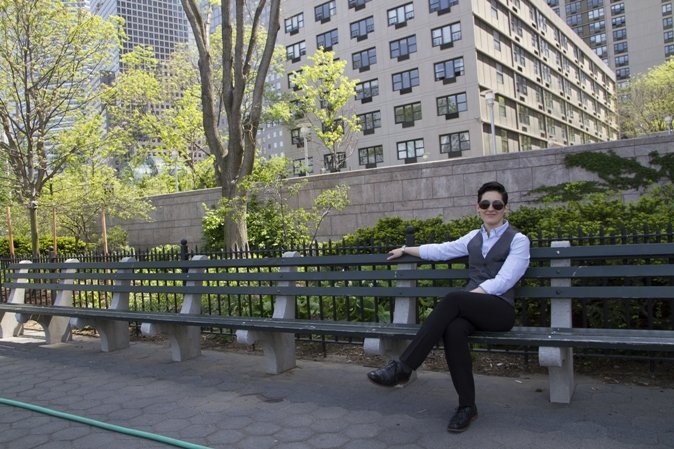 The most amazing response came from his mouth: ” Girl! I don’t care if you’re gay! It doesn’t change anything at all!” He turned on the street corner as we were walking and talking and grabbed my shoulders to hug me tightly with tears in his eyes. “My brother was gay. We lost him to AIDS at 19. I trust you even more now and feel so much better that you told me that. You feel free to live your life however out you would like and you will always have my support.”
This conversation changed my entire life and career. I had always been so fearful that people would reject me that I ended up rejecting myself. Since, we have only gotten closer. We vacation together, laugh together and even cry together. He has also been a huge encouragement for me when I wanted to push my style further. The day I decided to cut all of my hair off, he gave me the afternoon off and wanted the first picture so that I would finally feel like the person I was inside. This love amazed me. He even took the photograph of me on the bench that I have attached. This ally made me a better person.
If you are interested in being profiled, please write to [email protected] re: CorporateQ. Give us a few paragraphs describing your experience and include a photo or two if you can.  We are also interested in hearing stories of those of you whose location, industry or circumstances would never allow you to dress in a gender nonconforming manner and we can keep your experience anonymous.
Tags from the story
allies, Butch Style, corporate, CorporateQ, South, workplace
1
Facebook Twitter Pinterest
LinkedIn Email