Welcome back to Fashion Rocks, a series that celebrates dapper musicians across the globe. This week we’re featuring DJ M.O., a New York based DJ and model. DJ M.O. has some amazing gigs coming up, such as spinning We Are Brooklyn Pride at Verboten, a venue known for having one of the best sound systems in the world! So, we sat down with to talk fashion, music, and what fans can expect next. *Feature image by  Raeven King

dapperQ: Tell us about yourself.

DJ M.O.: Well, I hail from Virginia Beach, Virginia. After college, I lived and worked in DC for a while and then moved up to New York for grad school. I’ve been in the city for almost three years now and been really focused on finishing up school and DJing as much as I can.

DJ M.O.: I started in college. My close friend and mentor was basically the resident DJ on campus so I would follow him to gigs, kinda like his roadie, so I could learn and practice. He started letting me open and close out his sets and by senior year I was getting hired to play on my own.

I’ve always had music in my life; most of my memories probably have a song attached to them. I sang and played violin as a kin – even sang in an acapella group in college, so DJing seemed like a perfect segue. I listened to a lot of different styles growing up. My mother is big on artists like The Supremes, The Dells, The Temptations, The O’Jays, Earth Wind and Fire and she also listens to a lot of gospel. My dad is a big jazz person. He listens to everything from Miles Davis, to Horace Silver, Roy Hargrove, Pharaoh Sanders, and Cedar Walton. And of course because I’m an 80’s baby, I grew up listening to a LOT of hip hop and R&B artists from the mid to late 90s. So I really got it from all angles. 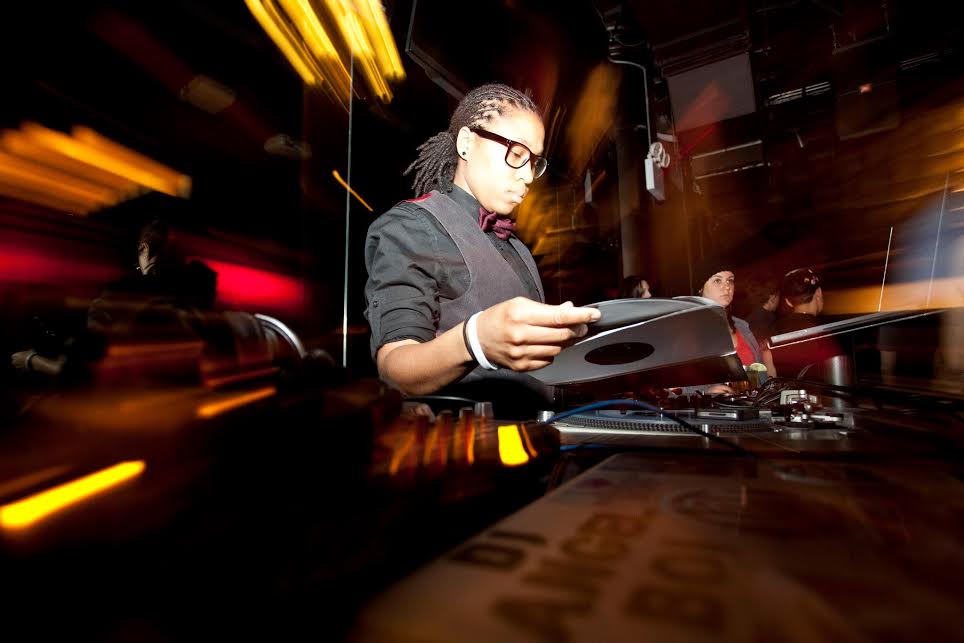 DJ M.O.: With every event, I’ve learned more about what I can do creatively as a DJ. I’ve played parties in anywhere from the basement of a shitty frat house to world class venues in New York City. I’ve learned that with today’s technology, it’s really easy to just download a program on your computer, plug in, and play. But there’s definitely an art to becoming a good DJ. It’s not just about beat matching or playing what’s hot on the radio. It starts from knowing the venue, to knowing the crowd, to recognizing the energy and mood of every song. There’s a unique musicality to all of it and my constant goal is to develop a better sense for what I play and how everything fits together.

DJ M.O.: I try to be as versatile as possible. Coming from the South, I got used to playing a certain way, but moving to New York forced me to adapt and be open to playing different genres. I learned that every place has its own style as far as its music and how DJs play it. I try to be as aware of that so the crowd feels comfortable. If there was one style that influenced me more though, I would have to say hip-hop/R&B. I grew up in what I view as hip-hop/R&B’s golden era, especially for female artists like MC Lyte, Queen Latifah, Lauryn Hill, Salt ‘n’ Pepa, TLC, Lil’ Kim, Aaliyah, and Missy Elliott. I feel like people still respond to the music from that time, so I always try to incorporate pieces of that into my sets. 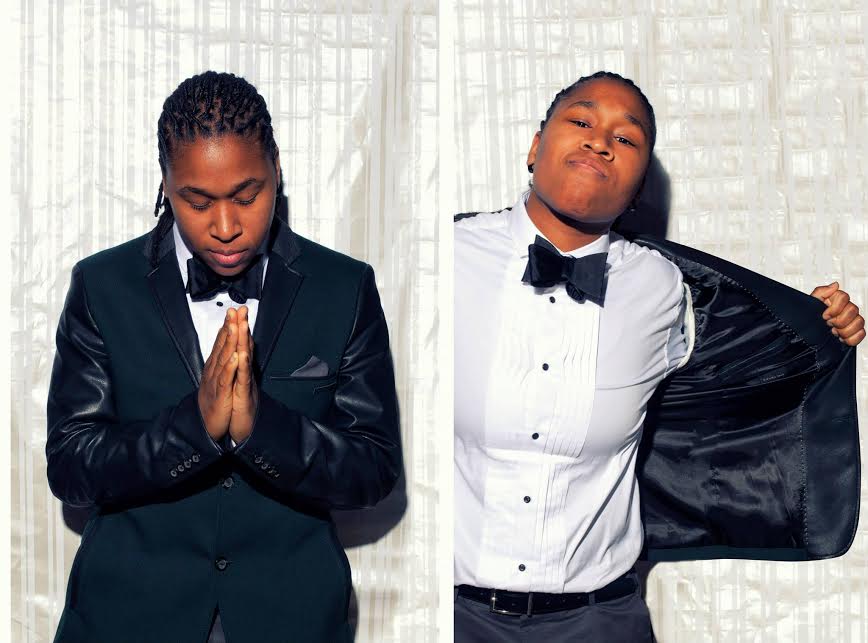 Photo by Ashley Kolodner of the Gayface Project

DJ M.O.: I 100% believe in that. I see it as being essential to a successful DJ. There’s definitely a give and take though. Not every song is my favorite, but part of the fun has always been seeing the crowd go crazy and an event go to the next level because of it. That’s when I’m the most connected to everything around me and there’s no other feeling like it. I think the balance comes in the effort to know my library inside and out. I have to be open to learning as much as I can about what I play. The more I dig into different genres, the more I learn to appreciate and enjoy how the music is made and why people like it.

DJ M.O.: My style is pretty laid back I’d say. I’ve never been big on being super flashy. I tend to go for a simple look with subtle accessories to accentuate and tie the outfit together. My style is influenced by my music, but I see it working in the opposite direction. The music I listen to on my own tends to be pretty mellow (e.g. a lot of R&B, jazz, and future beats) so that definitely translates. But when I play parties, the music obviously has to be bigger and louder – more club driven. So, my style ends up being way more relaxed than the music. 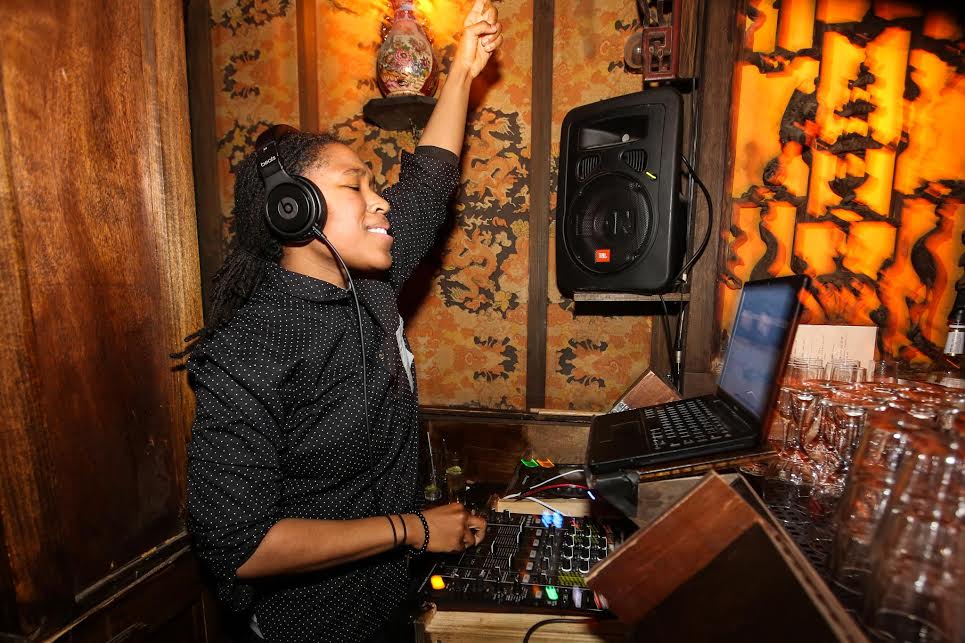 DJ M.O.: Whose style hasn’t?? I cringe when I look at some of the pictures from high school and college [laughs]. I was always a tomboy, but when I came out, my style completely shifted to masculine presenting. Everything I wore used to be really baggy because I wasn’t comfortable with myself at all. Over time though, I’ve grown and settled into my own skin a little more and I think it shows in how I dress. Right now I’m trying to move away from t-shirts jeans and sneakers and have more mature casual looks in my closet.

DJ M.O.: Pharrell, most definitely. Number one, he’s from my area so he’s a hometown hero. He has such an original style that’s always evolving. What I love about him is his versatility. I’ve seen him do dapper, skater, artsy, you name it; but it’s always done with a unique spin. I’ve seen a lot of his musical styles incorporated into his fashion sense. He always manages to remain a trendsetter both in music and in fashion and that deserves a lot of respect.

DJ M.O.: I’m very big on my shoes. I’m not that meticulous about my wardrobe, but my shoes HAVE to coordinate perfectly with my outfit.

DJ M.O.: As far as music, I’ll be spinning at some amazing Pride events in June. I’ll be at Verboten with DJ Whitney Day for her party We Are Brooklyn Pride on June 13th, as well as her third annual Sunday Pride event, “THE PARTY” at Marquee on June 28th. I also have a monthly Wednesday residency at The Woods, for MISSTER!!! with DJ Amber Valentine. And as far as fashion, I’ll be walking in one of the shows for Rainbow Fashion Week with Jag & Co. It’s my first fashion show ever, so I’m excited.