Welcome back to Fashion Rocks, a series that celebrates dapper musicians across the globe. Today, we’re featuring model and musician Madison Paige, who will be performing on Sunday, June 11th at Hot Rabbit’s official Brooklyn Pride after party benefiting Brooklyn Pride, Inc. Festival & Parade. Madison is the Instagram “it” celebrity, complete with incredible sartorial smarts and badass musical talent to match. So, we decided to chat with Madison about her music and clothing style, and how each influences the other.

dapperQ: Tell our readers a bit about yourself.

Madison: What’s good my friends? I’m Madison Paige. Colorado bred, California raised and residing back and forth from NY and LA, I spend a lot of my time with either a pen or a guitar in hand. I dabble on other instruments and art forms, but the simplicity of me, my voice, and my guitar is really all I need to keep me from feeling dry. I’ve been modeling on and off since I was 12 and have been acting for half as long, but recently I’ve added music into my professional resume. A lot of my lyrical inspiration comes from the years of traveling in the fashion industry and I feel honored to have the two combined. 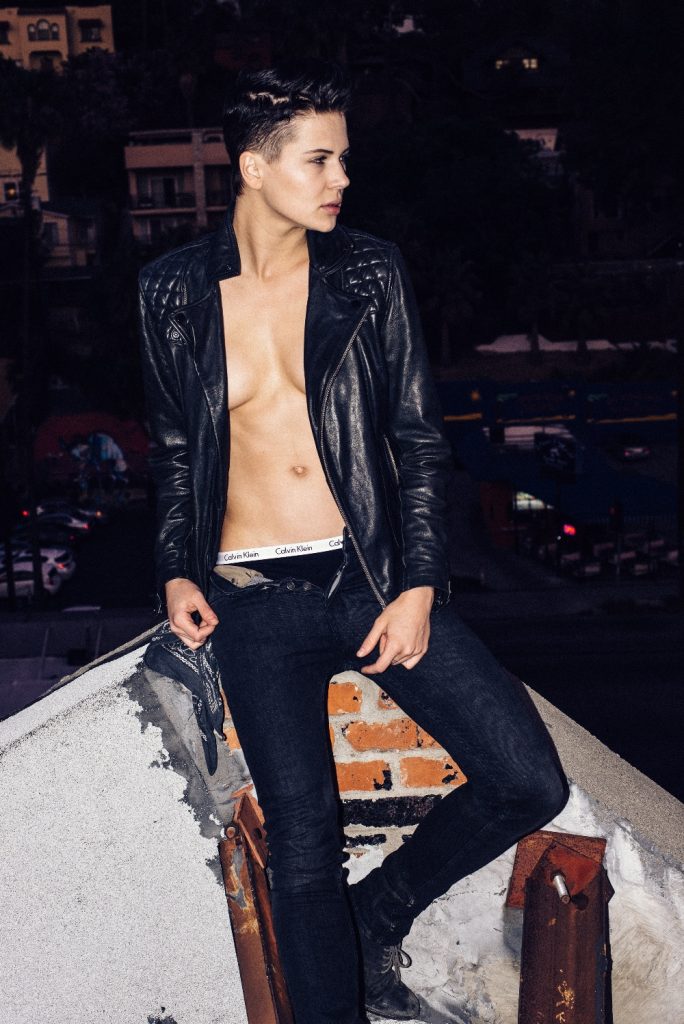 Madison: I only just started performing earlier this year actually! In all honesty, the biggest influencers were my friends around me. I’m lucky enough to be surrounded by talented artists and watching them go after what they love most is what pushed me to do the same. I’ve always had a passion for modeling and acting through my years of experience in the work field, but it took me a while to muster up the courage to start performing my music simply because it’s a pure representation of me and me alone.

Madison: When I was 15, I walked into a guitar store with a piggy bank and a dream only to find that I was hundreds of dollars short of even the simplest of guitars. The man working the store took a leap of faith and cut me an insane deal on the Yamaha I’d been visiting all week. That inspired a long-lived acoustic journey in my work. Then, at 22, I was approached by some friends who work in the more ‘electronic’ route for music, asking if I’d be interested in creating a pop-inspired electro album. Since then, I’ve slowly combined the two, but I’m still ever-changing.

Madison: Currently I’ve been compared to artists like the Neighbourhood, Grimes, Panic at the Disco, etc. I feel like each song in my newest EP 444 could belong to several genres. However, generally speaking, my music is soulful electro pop.

Madison: I like to keep myself relatively bi-costal from NYC to LA because it keeps my creative juices flowing. Most of my lyrics are written in the surprising solitude of the busy and at times dark New York streets. Whereas a lot of my musical composition has an upbeat vibe that I grab from the feel of driving down LA’s PCH.

Madison: I’ve been grabbing a lot of pointers from my friend Devmo who is an insane writer and rapper. I’m also very inspired by my friend Simone (Sicaso) because she plays her entire electronic set live, and my friend Lauren Marie has inspired me with her ethereal stage presence. I could list a bunch of Billboard artists who inspire me here and there, but it’s the homies that really get me going. 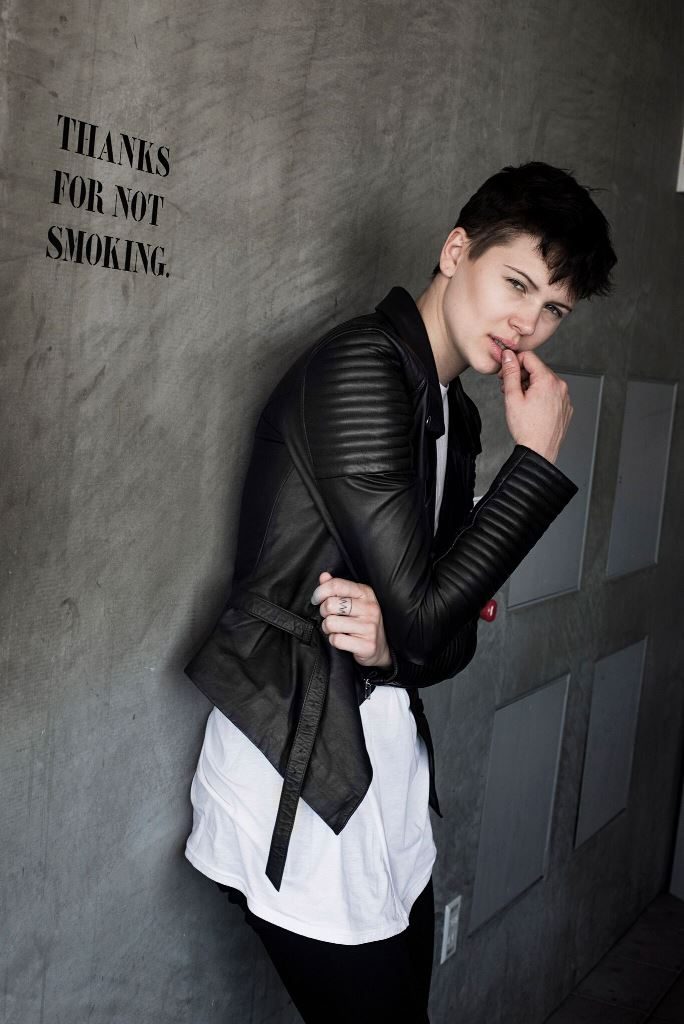 Madison: Unfathomably so. My style has, and still does, change virtually overnight. When I came out, I felt an extreme sense of fashion freedom – I could be the ‘boy’ I always daydreamed of. Growing up, I always kept myself in such a black and white social box of what was and was not okay to wear as a female in a small town, until I came to realize that I can represent myself however I want. That labels and cuts didn’t have to have a gender. That it was okay to say no to wearing certain things that were expected of me to be okay with wearing simply because I am a cis born female. Personal style is utterly liberating.

Madison: I look up to all of the classic rock stars, especially Steven Tyler and his overly stylized looks. I also find inspiration from David Bowie’s younger years, Kanye West’s current steeze, and George Clooney’s undeniable taste for a fitted tux.

Madison: Easy. Any other time I’d have said either a snapback or a simple black muscle tee, or even my knock-off vintage Sex Pistols band tee I basically sleep in. But recently, a friend of mine Rachel Rifkin created a hand crafted jewelry line called Eleven Eleven and made me a necklace full of monk-blessed drops and prayer beads. I feel out of balance anytime it isn’t around my neck.

* For more on Madison Paige, follow her on Instagram or Soundcloud. To RSVP to see her perform live at Brooklyn Pride, visit Hot Rabbit’s Official Brooklyn Pride After Party Facebook Invite.