Evan Rachel Wood stunned in a tux at last night’s Golden Globes. Wood, who was nominated for Lead Actress in a Drama for her role on HBO’s Westworld, gave an inspirational message about her choice of attire, a choice that effortlessly shined in a sea of dresses:

“I’ve been to the Globes six times. I’ve worn a dress every time. And I love dresses, I’m not trying to protest dresses,” she said. “But, I want to make sure that young girls and women know they aren’t a requirement and that you don’t have to wear one if you don’t want to. To just be yourself because your worth is more than that.” 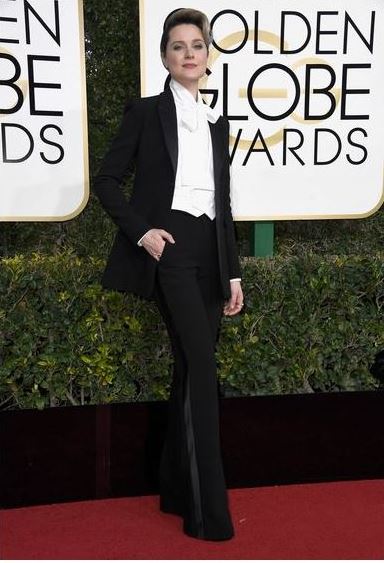 The actress said that the outfit was also an homage to David Bowie and Victor Victoria.