The constant breaking news in 2017 has seemed so overwhelming that at times our own volunteer staff has had to take a break from writing about queer style to find time for self-care. But, our community has been persistent in our resistance, whether it be engaging in direction action in the resistance to creating safe spaces celebrating our style with our chosen family. Fashion is political. 2017 was an important year of queer style in mainstream news. Here are some of the year’s top stories: 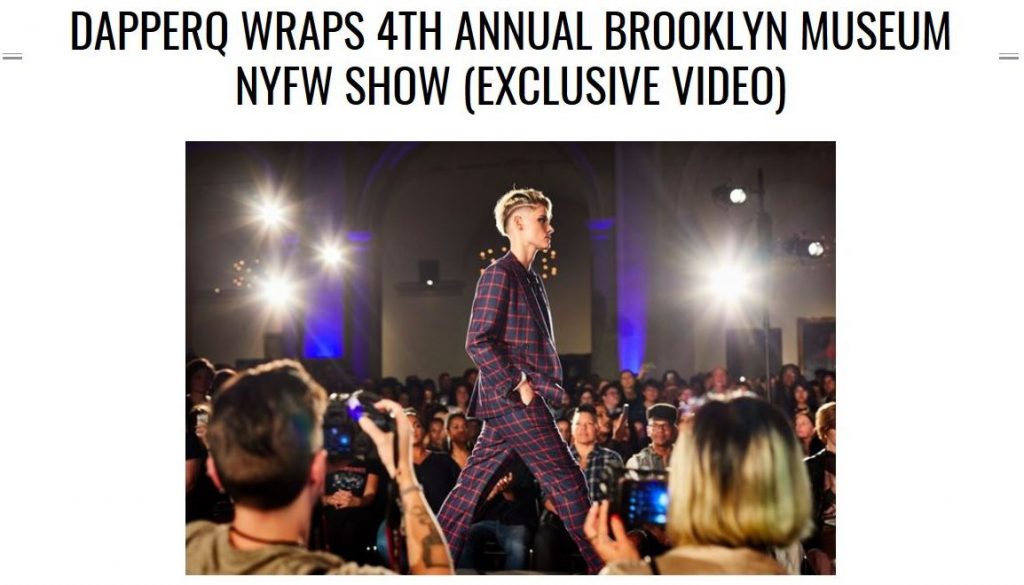 When we first launched in 2009, mainstream fashion media was not interested in covering queer style as an aesthetic or form of resistance. This year, dapperQ’s annual New York Fashion Week show at Brooklyn Museum was covered by elite mainstream media, including Teen Vogue, NBC, Vanity Fair, NYLON, The Cut, Huffington Post, Top Knot (BuzzFeed’s site focusing on beauty videos for people who geek out over hair, makeup, nails, and more – Our video has over 165K views!), Page Six, Time Out, Bustle, and Yahoo News, among others, covered the event. HuffPost Queer Voices live streamed the runway show, which now has 75K views on their Facebook page. Not to mention that our queer media family that has known from the beginning the importance of queer style continued to lift our voices: Qwear, Autostraddle, GO, and Tagg. Check out more about our annual show here. 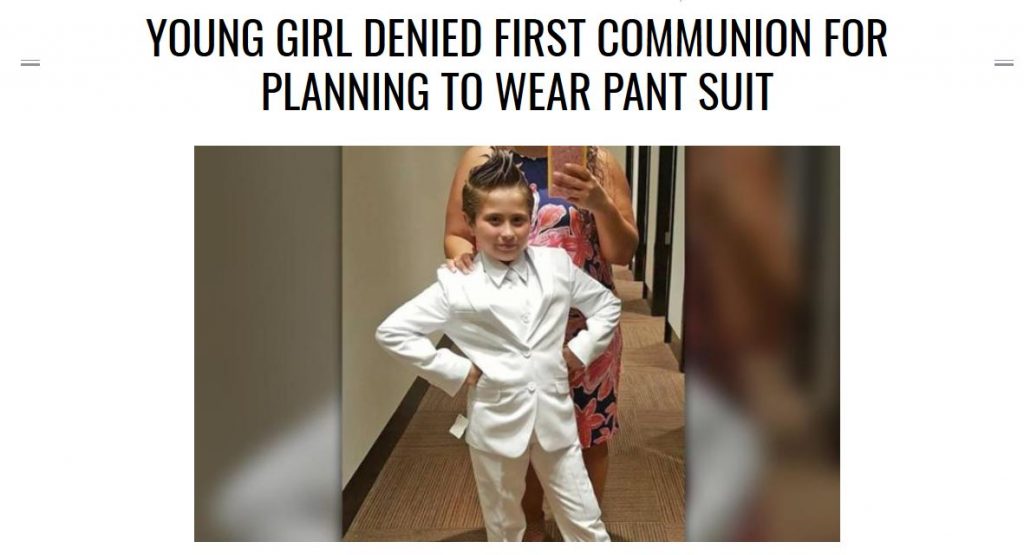 A 9 year old Indiana girl who had planned to wear a white pant suit to her First Holy Communion was informed by her school, St. John the Evangelist, that she could not attend the event unless she wore a dress or skirt, per the school’s dress code. According to a school official who wished to remain anonymous in a Washington Post article, the dress code requires that boys wear dark slacks and a white shirt, and girls wear a white dress or skirt. The official went on to tell the Washington Post in a statement that demonstrates zero understanding between dress code formality and dress codes that reinforce ridged gender roles and binaries:

While we are not making any assumptions about the girl’s sexual orientation, the story demonstrates how important queer style is in the fight for gender equality. Furthermore, the girl’s bravery, as well as her mother’s support of her child’s style choices, serves as inspiration to dress our authentic selves in the resistance. Check out the full story here.

3. Suistudio Uses Naked Men in Marketing to Reinforce They Are “Not Dressing Men” 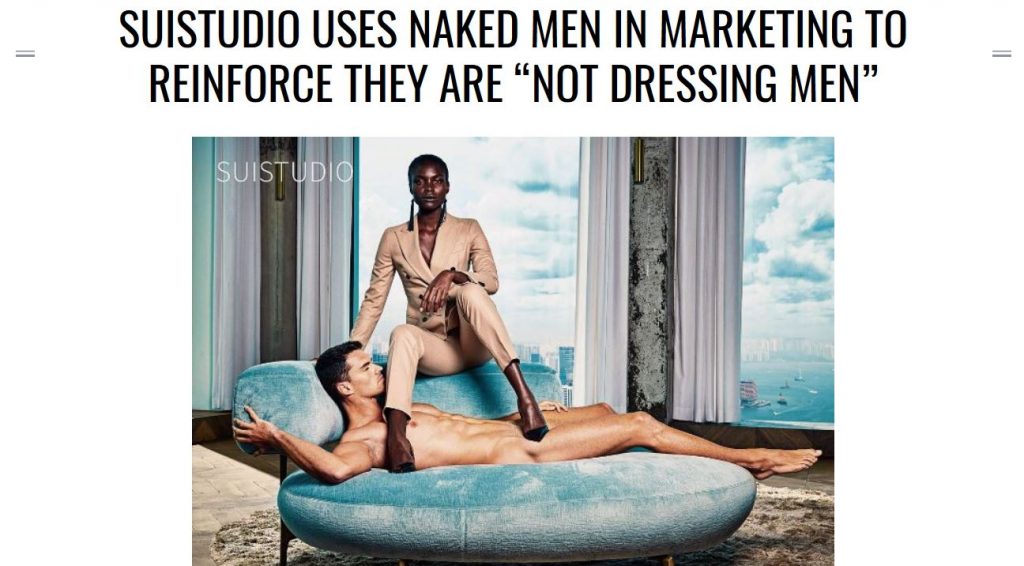 In 2017, Suistudio, the younger sibling of Suitsupply, released a suiting collection for women and their launch campaign featuring fully suited women alongside completely naked men made news in mainstream outlets. See more of the campaign here and weigh in on whether you think it enforces harmful binaries or is an empowering feminist campaign.

Target made mainstream fashion news, including in InStyle magazine and Refinery29, when it unveiled a 2017 gender-neutral kids’ clothing and accessory collection in partnership with global kids brand Toca Boca. This was the retail giant’s latest move in their support for LGBTQ communities and non-binary identities. Read more about the collection here. 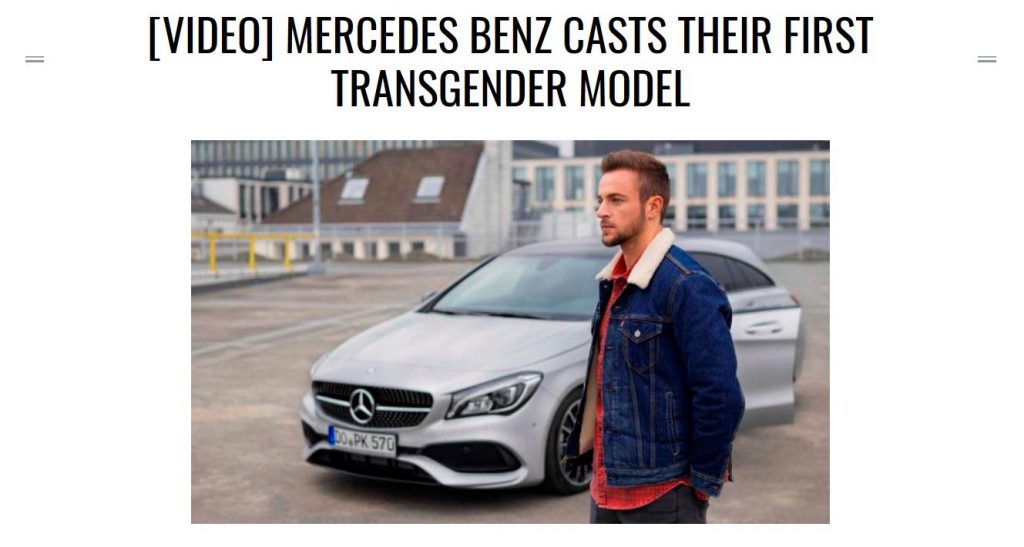 Mercedes Benz cast Benjamin Melzer, the first transgender male to cover Men’s Health magazine and 2017 dapperQ 100 Most Stylish honoree, in a  powerful video ad campaign titled “A Guide To Growing Up.” In the video, Melzer shares his journey growing up trans in an interview with German actor Heiner Lauterbach. Watch the footage here. 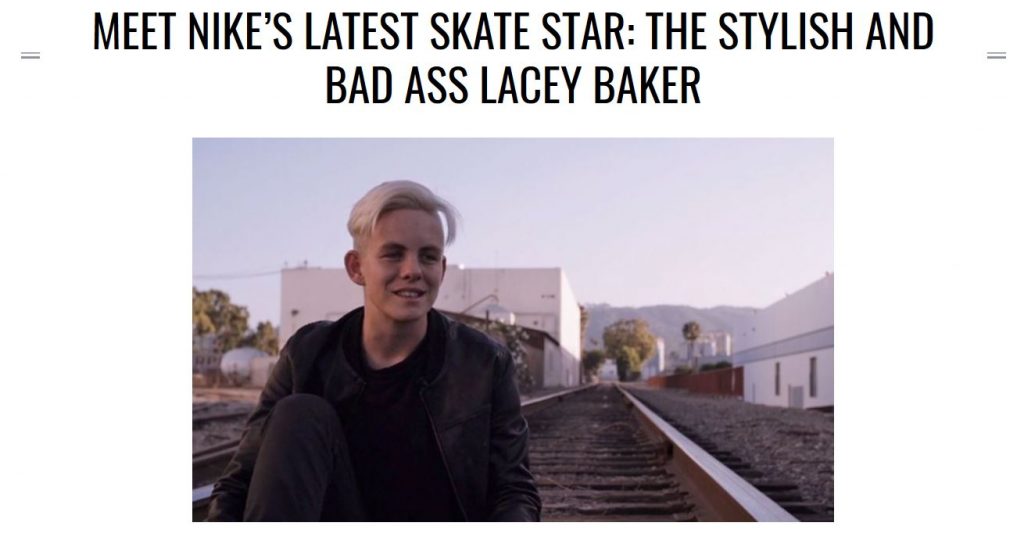 Meet Lacey Barker, a 25-year-old professional skateboarder from Covina, California whose skateboarding talents are smashing boundaries in a primarily male dominated field. Her latest milestone this year was joining Nike’s famed skate team. According to Vogue, “as a queer woman who has joined the brand’s great skate roster, she also represents a benchmark in the 60-year history of the sport—one that, despite its nonconformist beginnings, hasn’t always been so kind to outsiders.” Check out more of Barker’s story here. 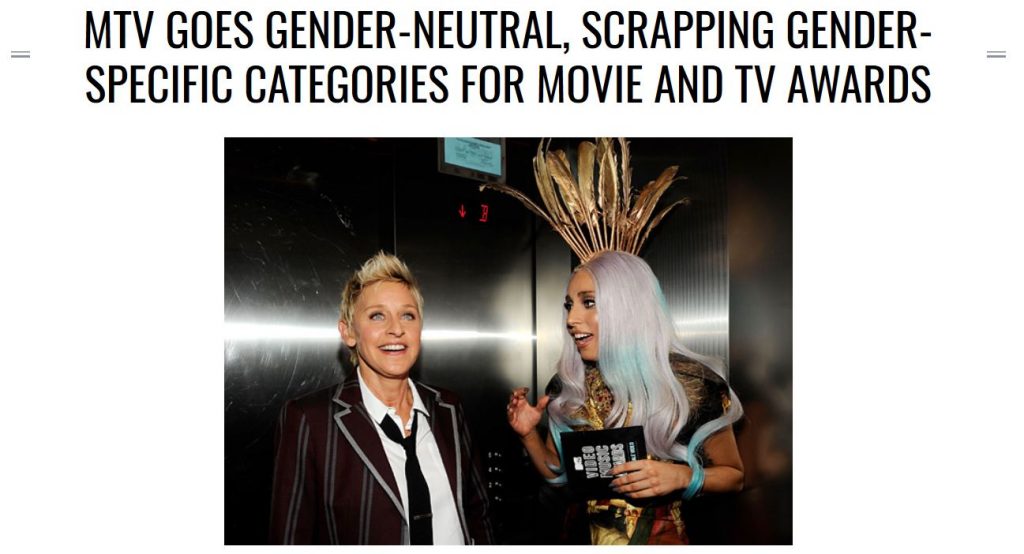 This year, MTV scrapped gender-specific categories for movie and TV awards, making their accolades based on performance, rather than gender, a direction the Grammys went several years ago.

Some of the categories in their upcoming May 7th ceremony will include:

This move is coming in tandem with gender non-binary star of the Showtime hit series Billions, Asia Kate Dillon, calling for the Emmys to reconsider their gendered award categories. Per Variety, Asia Kate Dillon’s letter to the Television Academy stated:

Read more about the story here.

8. Members of China’s Hottest Boy Band Revealed They Are Women 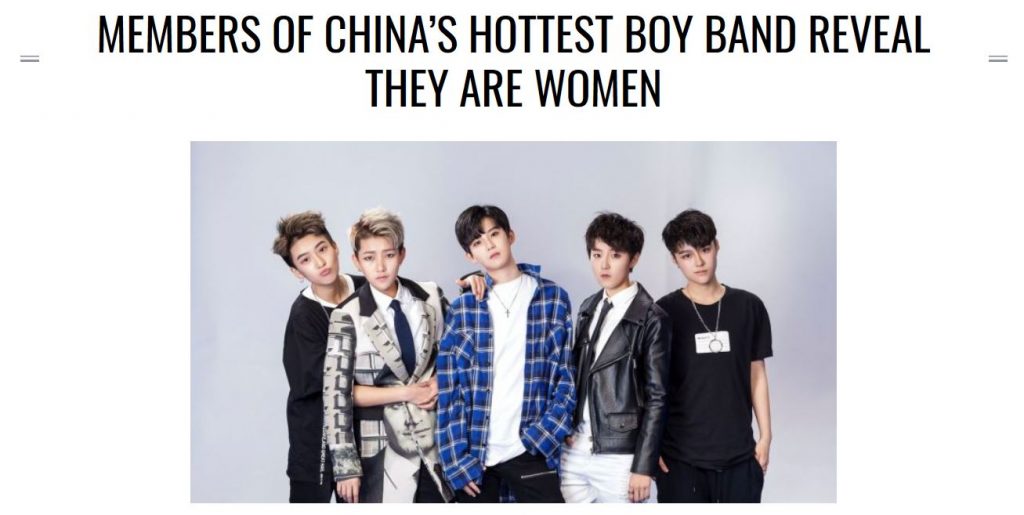 With almost 900,000 followers on Weibo (the Chinese version of Twitter), FFC-Acrush, China’s hottest “boy” band, is not only made up entirely of women, but is rivaling global pop sensations like Katy Perry, who has a million fans on the site. According to Quartz, the band’s manager avoids using he or she to describe the group members and instead opts for the gender-free phrase meishaonian, meaning “handsome youths” in Chinese. BBC News reports that the A in Acrush stands for Adonis. Check out more here.