A group of London butches and transmen have recently formed a solidarity group called ‘Drake’ and have sent dapperQ some information to share with our readers. Here is their manifesto:

We are a gallant band of queer Londoners from the butch and transman communities. We joined together in a spirit of gentlemanly solidarity and friendship to provide mutual support and to express our identity with a proud swagger. We celebrate female masculinity past, present, and future. We challenge all prejudice, including butch- and trans-phobia on the queer scene. We encourage good manners, chivalry and sartorial elegance. We respectfully admire femininity in all its forms, and actively support our femme sisters in their quest for visibility. We welcome as members all those who identify as butch, masculine, or transmen who support butch pride and female masculinity. Members should uphold the DRAKE code of honour:

Group members are encouraged to take on a pseudonym with the surname Drake, to foster the brotherly aspect of the group, although this is purely for fun and not compulsory! 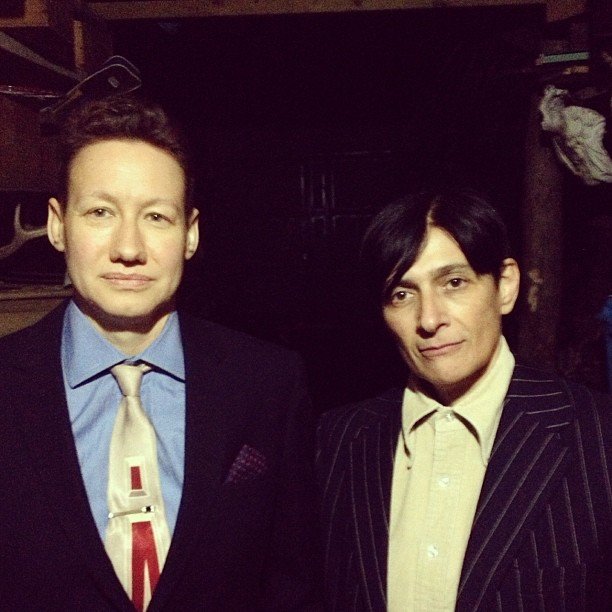 Dashwood Drake (left) and Don Drake (right)
DRAKE holds regular committee meetings to discuss new members and our objectives. They aim to have regular members’ social nights and to participate as a group in more mainstream queer events to promote their own particular brand of female masculinity.
When I asked Dashwood Drake, one of the founding members, the inspiration behind the group, Dashwood said:

I was inspired to create the group for many reasons, but it all started in 2011 when a masculine of centre friend asked me on a gentlemen’s night out with a transman we both knew. I really enjoyed the night and realised that I had been missing the company of butches, so earlier this year I contacted six other butches and transmen of my acquaintance, asking if they were interested in forming a gentlemen’s club, a band of brothers, to give each other support, socialise, and promote female masculinity. I got six very positive responses, so we formed the group. Although we used the facebook group to expand and get new members, the emphasis of the group remains based on genuine friendship and solidarity. 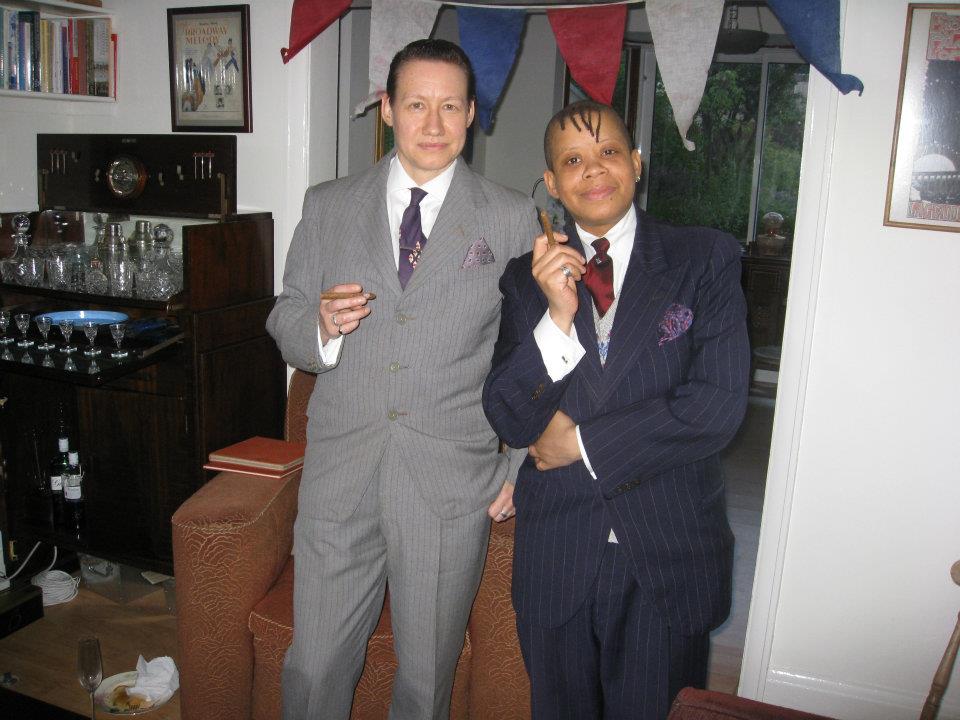