This past Tuesday, Victoria’s Secret held their annual “fashion” (aka mega marketing event) show, which featured their predictable casting of tall, thin, hyper-feminine models presented for the male-gaze and to perpetuate a standard of beauty that is nearly unattainable by most. Victoria’s secret has received its fair share of criticism for their lack of diversity, including the lack of diverse body types and sizes. In fact, the plus-size clothing retailer Lane Bryant recently launched an ad campaign for its Cacique line titled #ImNoAngel, seeking to “redefine sexy” and in contrast to the Victoria’s Secret standard. Lane Bryant provided Victoria’s Secret with an extra dose of body positivity by airing an ad for the Lane Bryant Cacique collection right after the show and posting this footage of model Ashley Graham with the caption, “Who needs wings when you’ve got @AshleyGraham? #ImNoAngel.”

In addition to body, racial, and ethnic diversity, other important elements of representation missing in the Victoria’s Secret show are the lack of diverse gender identities, gender expressions, and out members of the LGBTQ community in the model lineup. And, of course, this not simply an oversight, because the show is heavily geared towards white, cis-gender straight men who have been socialized to use Western standards of beauty as their benchmark for sex appeal. In response to this, androgynous female model Rain Dove produced a photoshoot encouraging Victoria’s Secret to expand their beauty standards to include all forms of beauty, including masculinity. Though Rain’s 32DD-26-34 figure is congruent with the narrow industry “standards,” she, like many women, wears her hair close-cropped and has strong features that are often considered “masculine.” As such, she knows she would never fit the feminine archetype inherent to an Angel. The shoot showcases Rain posing in the same way as the Angels do in the Christmas catalog, with Victoria’s Secret models faces superimposed over hers to show that sexy is subjective in an effort to encourage major companies like Victoria’s Secret to redefine what they deem to be the most beautiful women in the world. 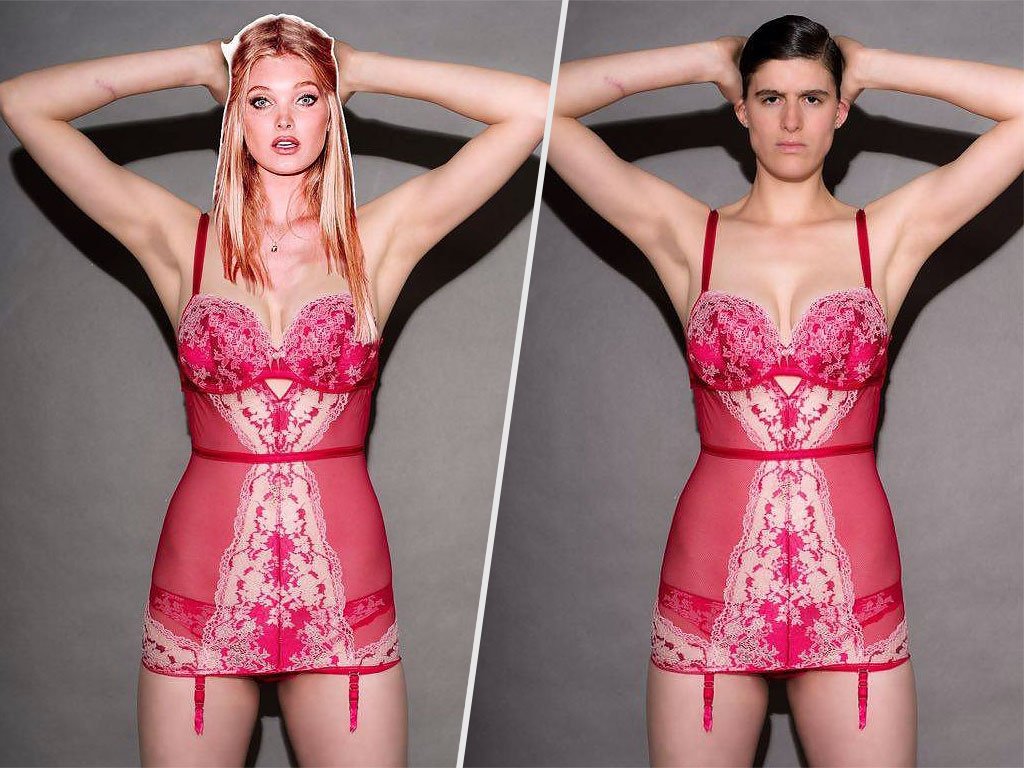 A few years ago, therapist Pamela Stephenson Connolly of The Guardian received an anonymous letter from a reader inquiring, “Is it true that a woman with a short hairstyle is subconsciously indicating that she does not want sex?” Dr. Connolly’s response (“Cutting one’s hair does not necessarily point to an avoidance of sex, although deliberately reducing one’s attractiveness in a spouse’s eyes may well signal some desire to push them away”) set off a hailstorm of debate, including the Daily Mail weighing in with a team of experts to assure us all that a woman’s short haircut does not necessarily mean she has gone off sex. (First off, it’s a haircut. Second, sex with WHOM?) This panic over hair length is all rooted in gender norms that treat female masculinity as threatening and undesirable. A woman cannot have her own agency and desires. Even her haircut is seen as communicating her level of interest in and availability to men. 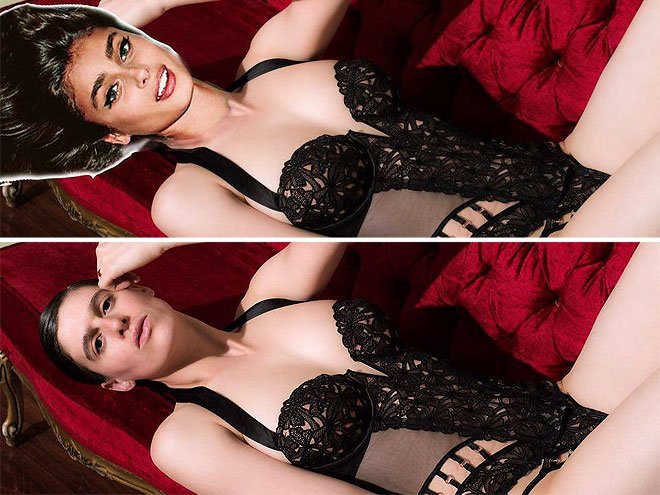 When asked to comment on how society views female masculinity as a threat and as undesirable, Rain responded:

“… I am a cis female. Yet, I feel the worlds expectations for that identity in order to be successful or deemed attractive are limited. Advertisements play a HUGE part of that. They show us how their products are ‘best represented’ and that sets a level of ‘correctness.’ They are clearly selling a specific lifestyle. This lifestyle is hyper-feminine: Long hair only. High heels only. Makeup only. Karlie Kloss once had just short hair- a bob. And that simple shift caused international outcry and backlash. Never again did Victoria’s Secret have an Angel with short hair.

… people who are ‘butch’ or [gender] nonconforming are mistaken for men or considered lesbian or considered not sexually attractive. Therefore, not desirable or available. They are tossed to the bottom of the social rung because they have seemingly nothing to offer cis men, who have most of the worlds financial and social power. Well I’m tired of waiting in line. The back of the line!” 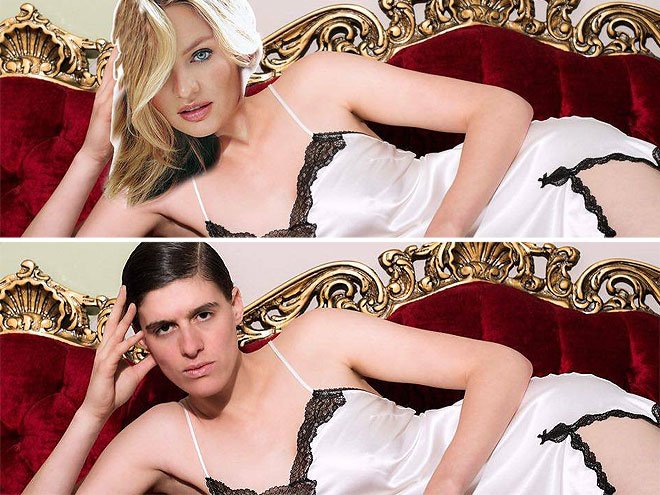 An incredibly damaging impact that heteronormative gender expectations has had on LGBTQ individuals is that restrictive, binary feminine and masculine roles are often imitated and perpetuated within our own community, leading to oppression and discrimination for those who do not fit neatly into masculine/feminine identities. Rain has been, in her words, “made fun of for enjoying lingerie.” She explains further, “just because when I ‘look like a woman’ I look like an ‘ugly woman.'” Rain’s shoot not only challenges the work that mainstream corporate giants need to do towards promoting acceptance and equality, but also the work we need to do within our community as well. Rain ends: “The face of beauty literally needs to change, which means the way we think of beauty needs to as well. That starts with us. Individually. Not hiding ourselves and standing up to say ‘I exist. That alone is beautiful.’”