On Friday, June 17, 2016 at 7pm, dapperQ will be co-presenting an advanced, private, VIP invite-only screening of Suited, a new HBO documentary. Suited, produced by Lena Dunham (Girls) and Jenni Konner, and directed by Jason Benjamin, tells the story of Bindle & Keep, a Brooklyn tailoring company that makes custom suits for gender-nonconforming and transgender clients. Among those sharing their unique stories are a trans Bar Mitzvah boy, a New York City cab driver, a young southern law student and a transgender man preparing for his wedding. The film spotlights the intimate journey of coming into a new identity, accepting differences, and living bravely in one’s own skin.

We are giving away one ticket to this private screening to four lucky readers! To enter, simply share with us in the comments section below how clothing has been important to shaping your identity. Entries will be accepted from June 2, 2016 1pm EST to June 10, 2016 11:59pm EST. Winners will be announced June 11, 2016. 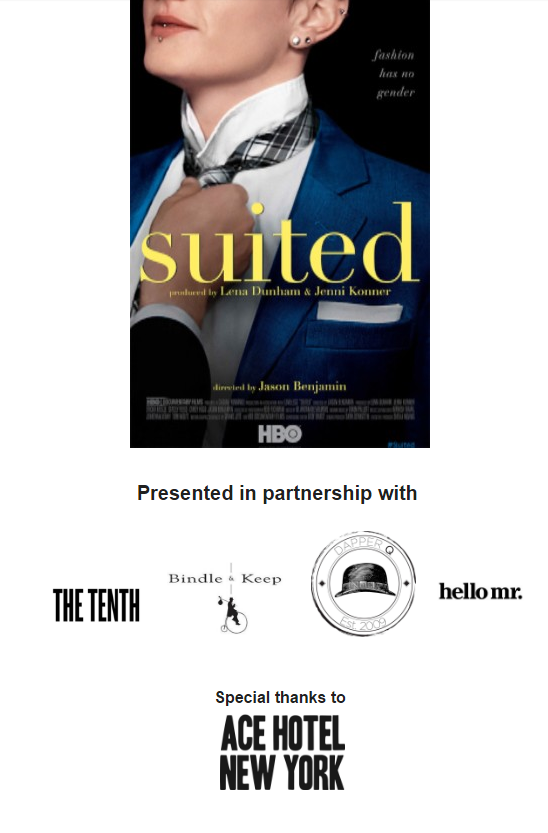 Written By
dapperQ Team
More from dapperQ Team
Got plans this weekend? Great, neither do we! But, instead of endlessly...
Read More