From masculine gender queer fashion shows at world renowned cultural institutions, to Brangelina standing up to haterade drinking media and conservatives for criticizing their youngest child’s choice in attire, 2014 definitely had some dapperQ style winners! Here’s our team’s roundup of the top 10, in no particular order. What were your favorites? And, what did we leave off? 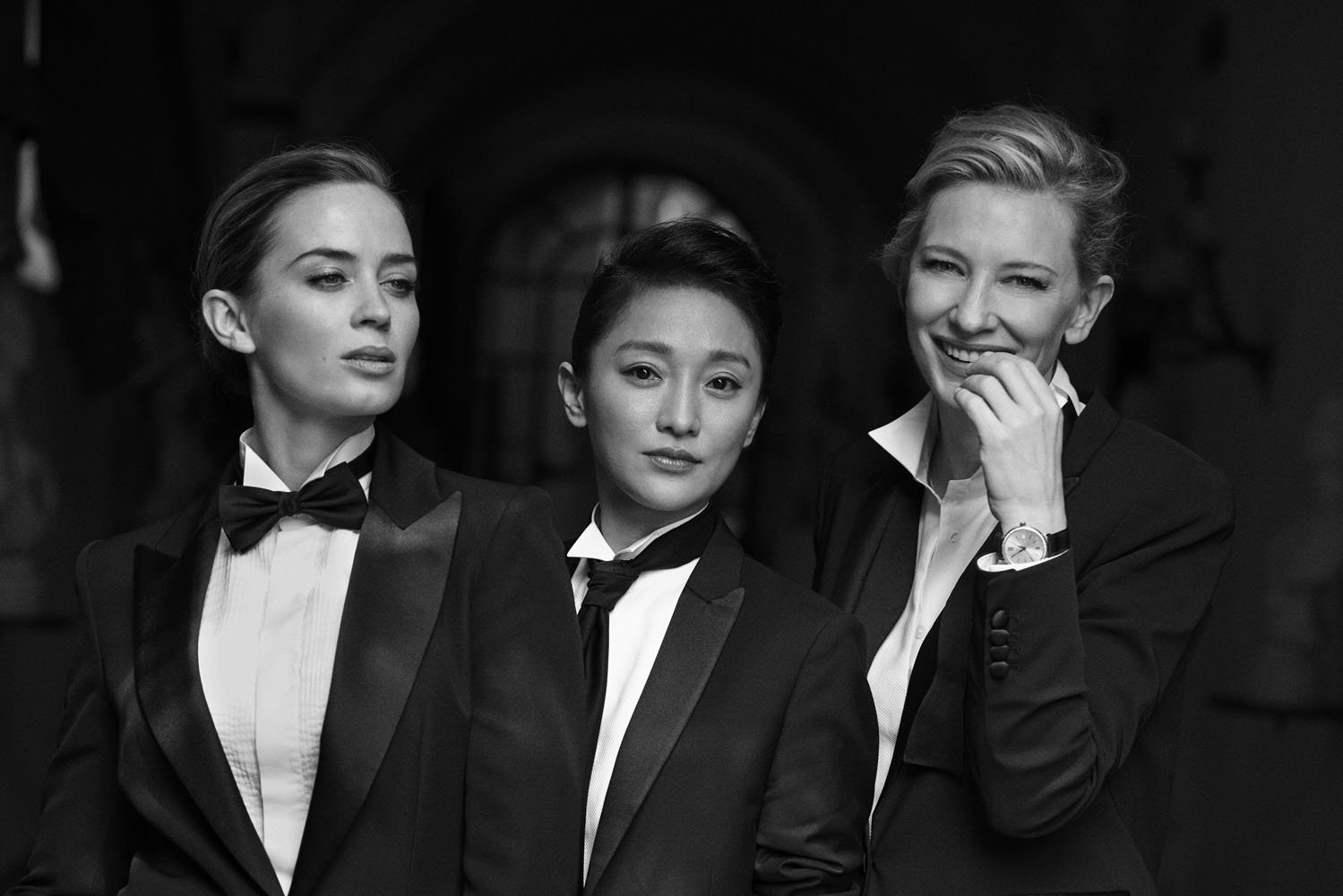 This year, IWC Schaffhausen launched a new line of watches in a range of sizes to fit smaller and larger wrists. But, unlike the majority of fashion ads that objectify women, IWC Schaffhausen instead cast their models as bad ass, suit wearing, power boat driving [email protected] who know what time it is. Bad pun intended. Watch the video ad and get a glimpse of more images from the campaign here.

One of dapperQ’s favorite androgynous “menswear” models, Erika Linder, was recently cast as one of the “boys” in Tom Ford’s new “Lips and Boys” campaign ad. And, the results were…wait…someone please pick us up off the floor and get us some water, STAT! 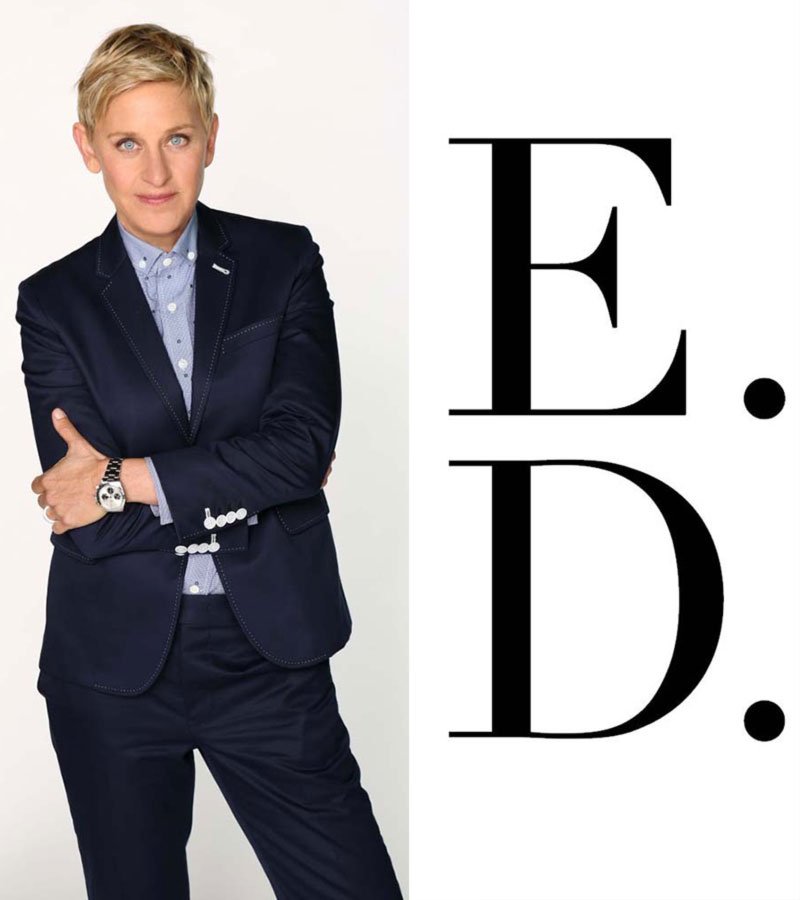 Move over Oprah, Martha Stewart, and Gwyneth Paltrow. This year, style icon Ellen DeGeneres announced she was entering the lifestyle guru game with her brand “ED,” which was slated to offer home gifts (think bedding, candles, and tablecloths) last fall and was to eventually expand to also include clothing and accessories next spring. Like many launches, E.D. has yet to come, but hopefully it will soon and hopefully those whispers of clothing will include masculine attire for those who dress outside the binary.

Autostraddle described Ari Fitz’s new YouTube androgynous style chronicle, TOMBOYISH, as “a hybrid documentary and fashion show.” Not only was their description spot on, but within minutes we were hooked on the series, desperately combing through Fitz’s channel looking for more of these hybrid videos celebrating androgynous style. An instant hit, TOMBOYISH amassed a large number of fans dubbed “Misfitz,” who invested in Ari’s successful Kickstarter campaign to bring the series worldwide.

6. ElliotPage Came Out of the Closet, Where He Was Also Storing All His Dapper Suits

Not only did Elliot Page come out this year, but he also fearlessly sported some amazing androgynous and masculine gender queer style on the red carpet, to parties, and in photo shoots in 2014. One of our favorite Elliot Page fashion moments was when he appeared at the Vanity Fair Oscars Party wearing a very fashion-forward, urban inspired tuxedo ensemble complete with a skinny tie, Houndstooth pocket square, and Chelsea boots. Check out his red carpet interview above. 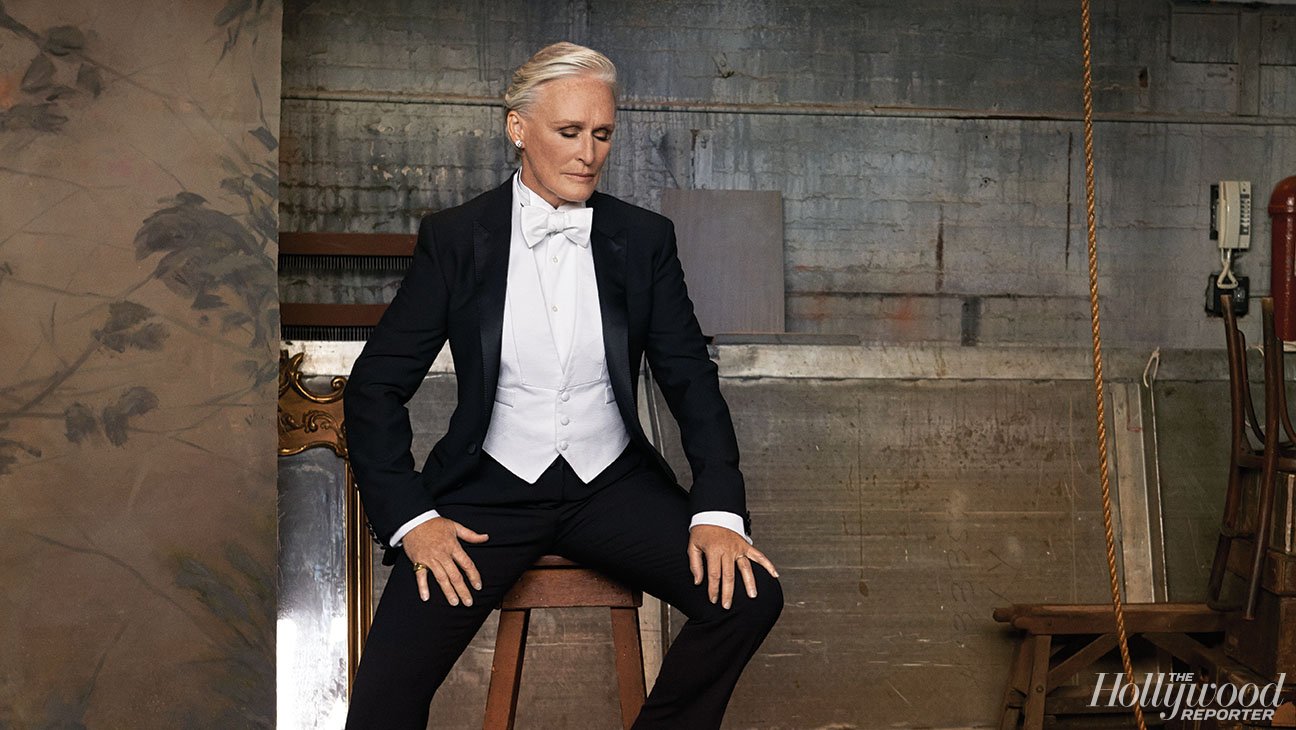 Glenn Close was photographed wearing an impeccably tailored, incredibly dashing tuxedo for an interview with the Hollywood Reporter regarding her return to Broadway. We’ll just let the images speak for themselves while we go fan ourselves. (Is it hot in here?) 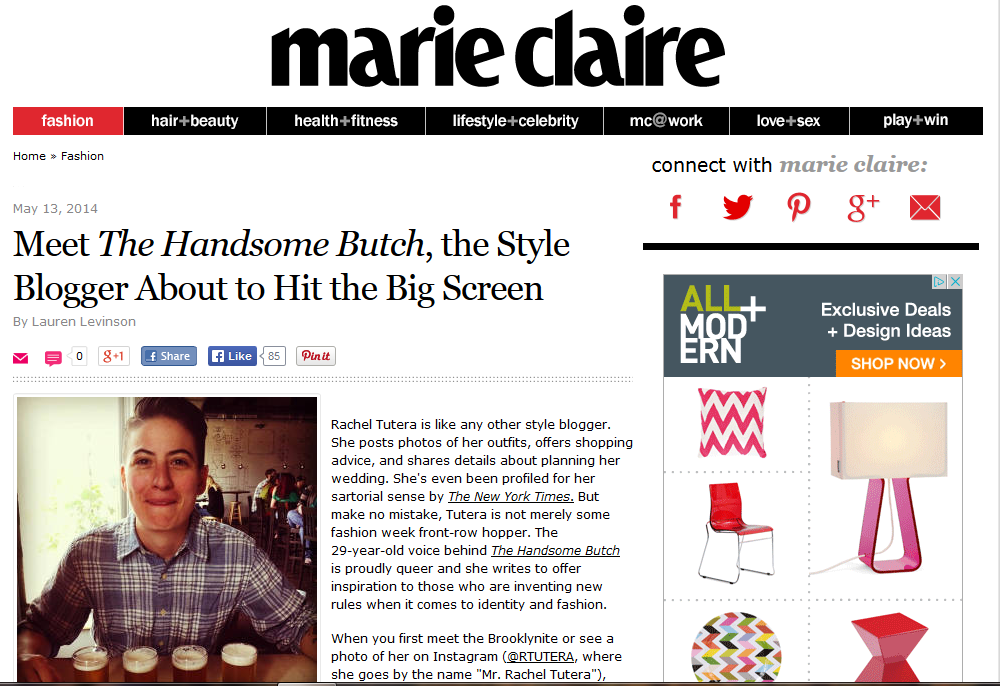 Three Suits, an upcoming documentary that Lena Dunham’s production company started filming this year, will, according to news published by Vanity Fair,  “follow several of Bindle & Keep’s transgender clients as they go through the process of having custom suits made, examining the significance of the process for a set of customers with complex gender identities.” Front and center in the film will be one of Bindle & Keep’s employees, former dapperQ contributor Rae Tutera. 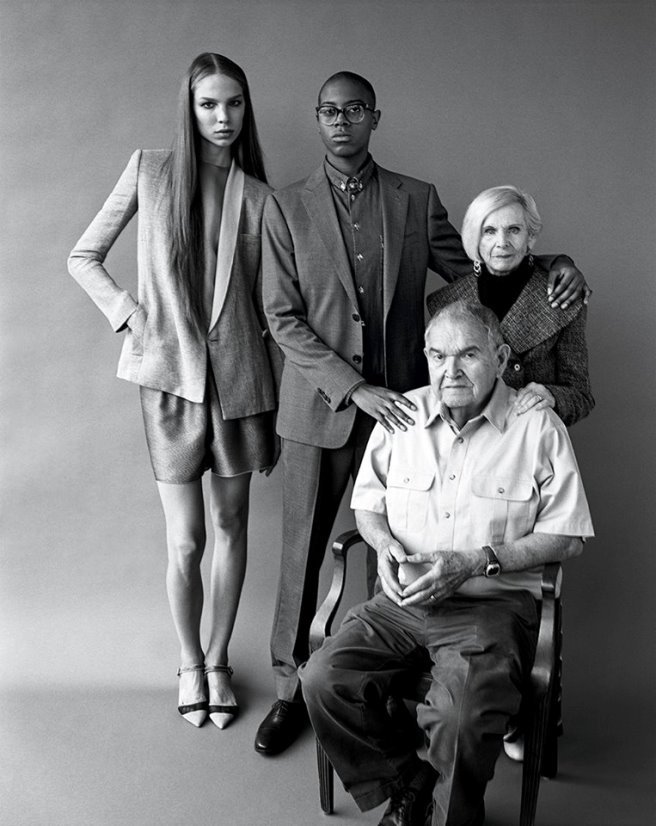 At the beginning of 2014, Barneys New York launched a breathtaking and groundbreaking ad campaign featuring 17 trans-identified models, including dapperQ model and trans blacktivist Ryley Ruben Pogensky. Check out dapperQ’s interview with Ryley, in which he talks race, gender, and his experience as a trans model for Barneys here.


2104 was an incredible year for dapperQ. Our volunteer team pulled off producing not one, not two, BUT THREE of the world’s largest masculine gender queer fashion shows, each one getting bigger and held in more prestigious cultural institutions. In February, over 800 attendees turned out for dapperQ’s 5-year anniversary bash and New York Fashion Week runway show, an event co-produced by DJ Whitney Day. In June, West Coast Events Coordinator, Natalie Coblentz, single-handedly produced a dapperQ runway show at the California Academy of Sciences for Pride. And, if that weren’t enough, our Editor-in-Chief, Anita Dolce Vita, submitted a proposal to produce a multi-brand masculine gender queer fashion show at Brooklyn Museum. Not only was the proposal accepted, but, with over 1,500 supporters, models, brands, and style bloggers in attendance, the show was wildly successful, receiving press in the Advocate, Vice, the Huffington Post, Huffington Post Live, AfterEllen, and Nylon, to name a few. Most impressive of all was the show of solidarity at the Brooklyn Museum event. Saint Harridan models carried “Black Lives Matter” signs and the dapperQ team ended the final walk with a “Hands Up, Don’t Shoot” pose that was joined in by hundreds of attendees. A true fashion revolution!

Assigned female and named Shiloh Jolie-Pitt at birth, Angelina and Brad’s youngest child, who prefers to be called John, has received unconditional public support from parents Brangelina, even in the face of nasty media criticism. John has shut the haters up by proudly rocking dashing dapper style everywhere from the red carpet to the Brangelina wedding. John is an inspiration to us all!